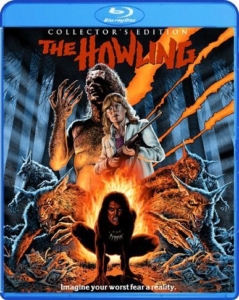 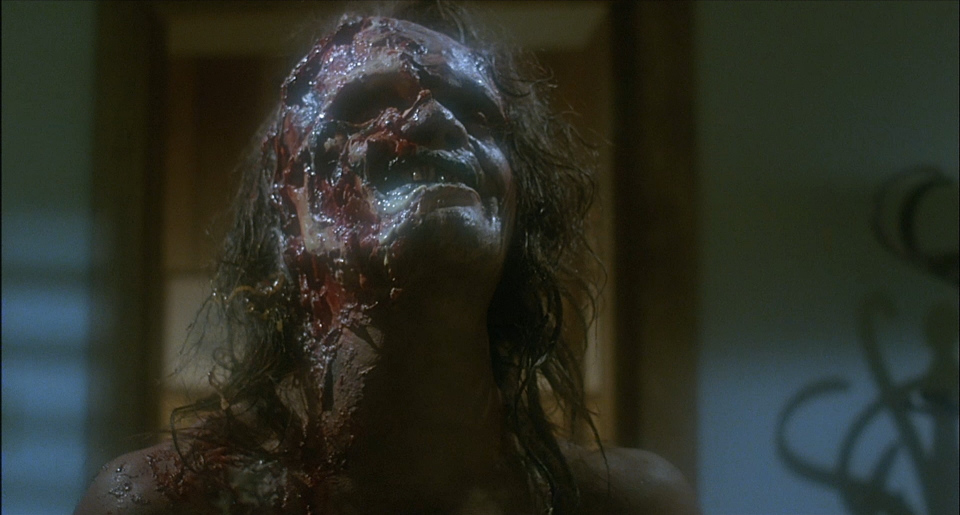 “From the director of Gremlins and Piranha comes the ultimate masterpiece of primal terror. Filled with edge-of-your-seat suspense, “genuine thrills [and] amazing special effects” (Us), this riveting werewolf tale sinks its teeth into your deepest fears and never lets go.

Severely shaken after a near-fatal encounter with a serial killer, TV newscaster Karen White (Dee Wallace, E.T.)takes some much-needed time off. Hoping to conquer her inner demons, she heads for “the Colony”, a secluded retreat where her new neighbors are just a tad too eager to make her feel at home. Also, there seems to be a bizarre link between her would-be attacker and his supposedly safe haven. And when, after nights of being tormented by savage shrieks and unearthly cries, Karen ventures into the forest to find answers, she makes a terrifying discovery. Now she must fight not only for her life… but for her very soul!” 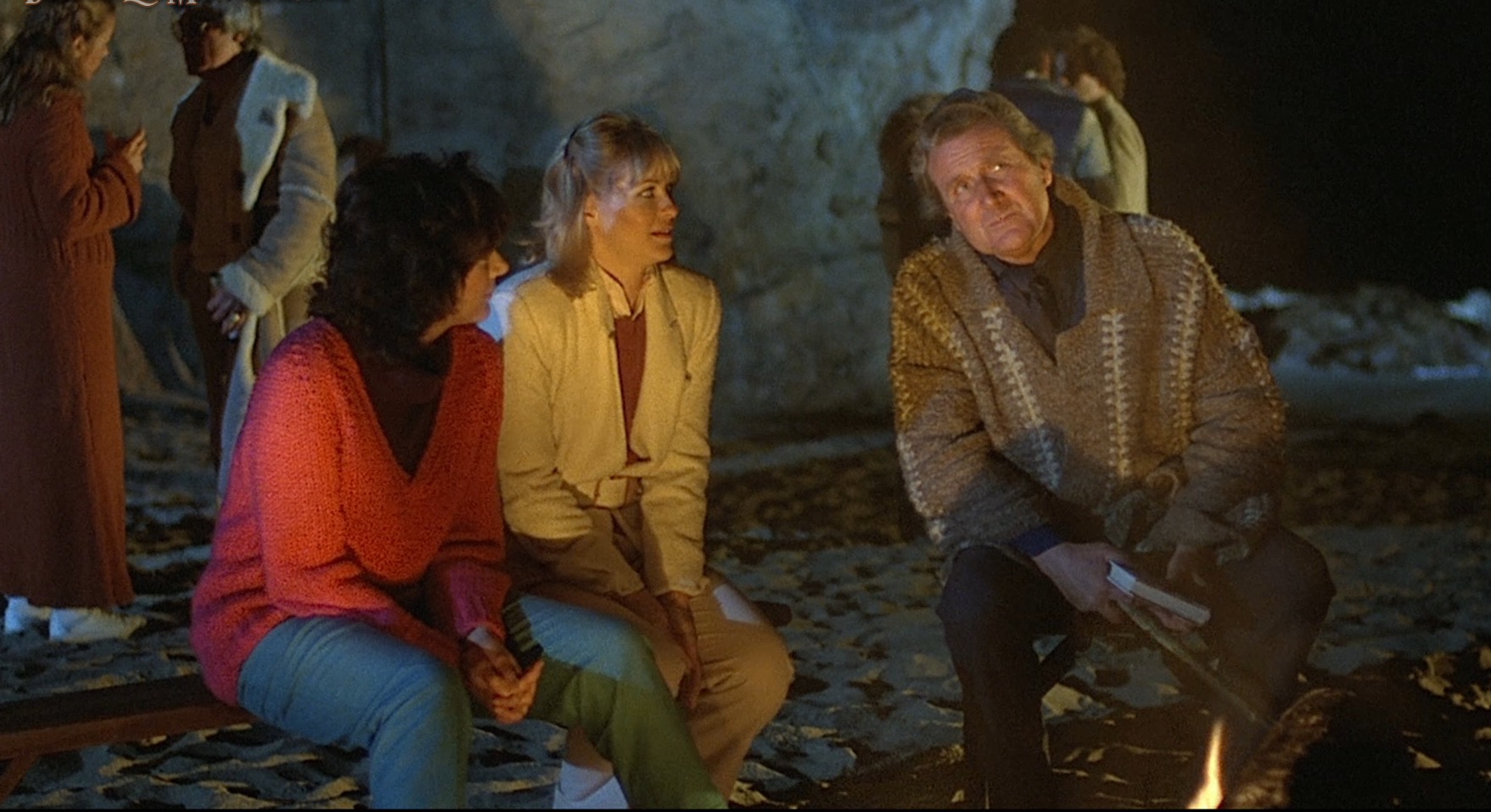 Ahh, one of the true crown jewels of the werewolf genre!  Joe Dante horror follow up to ’78’s Piranha, The Howling brought together a mass of talent including such names as Robert Picardo, Dick Miller, Forrest J. Ackerman and Roger Corman, as well as some of the most incredible transformation sequences (non digital) ever expressed to film.

Originally, Rick Baker was doing the effects work for the film, but he left The Howling to work on An American Werewolf in London. Baker left the effects job to assistant Rob Bottin. Also, many of the set dressings for The Howling were hold-overs from The Texas Chain Saw Massacre; most notably the corpse in the armchair seen in Walter Paisley’s bookstore. They were supplied by art director Robert A. Burns, who had worked on TCM. 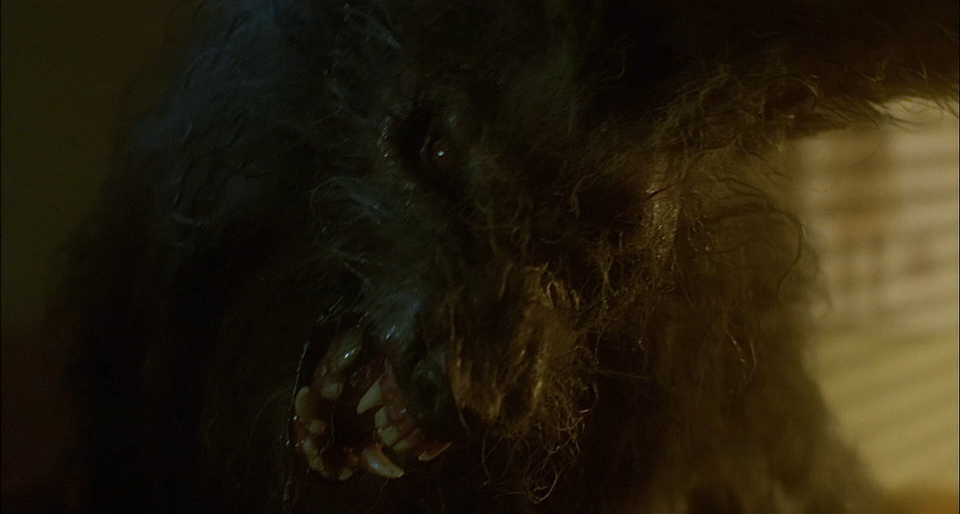 Terribly shaken, she keeps having nightmarish flashbacks to the event. After a breakdown on the air while trying to do a report about the event, she visits with Dr. George Waggner, who advises her to take time away with her husband to go to The Colony, a secluded retreat in the middle of nowhere. 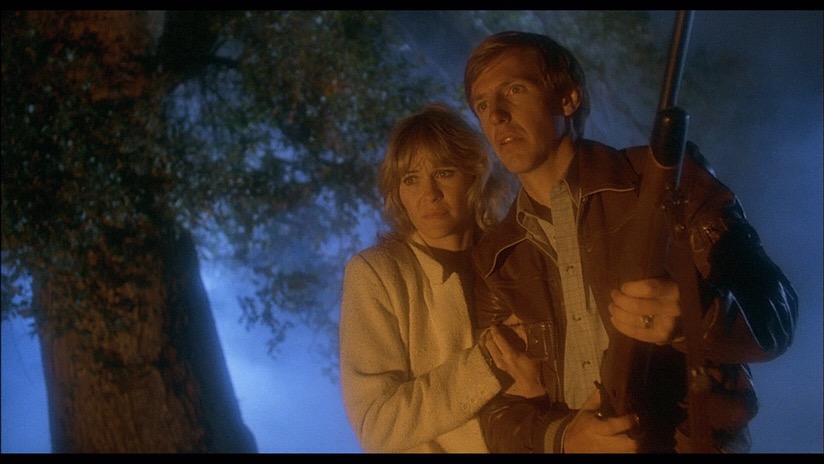 While they are there, they meet a wide variety of people. There seems to be an abundance of friendship and kindness amongst everybody, almost to the point of suspicion. Karen’s dreams persist at the camp, and she even begins to hear howling and something prowling around outside of their cabin. While Karen is at the camp, two other reporter friends of hers look into the guy that tried to kill her.  Upon visiting the morgue, they find that his body is missing!

Back at the camp, Karen is in group therapy and tries to recall the events of that night to no avail. Walking back at night to the cabin, her husband is attacked and bitten in the woods but does not recall what attacked him. Karen calls her two reporter friends in the city, and they head up to The Colony as well, hoping to come up with a clue as to what is going on. Karen continues to have the weird dreams and visions. Meanwhile, her husband begins to act very strange, even having wild, half hairy werewolf sex with another member of the camp.