Exceptionally acted and well constructed, “Come, Said the Night” is a powerful coming of age horror film that challenges expectations at every turn. 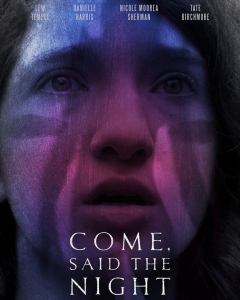 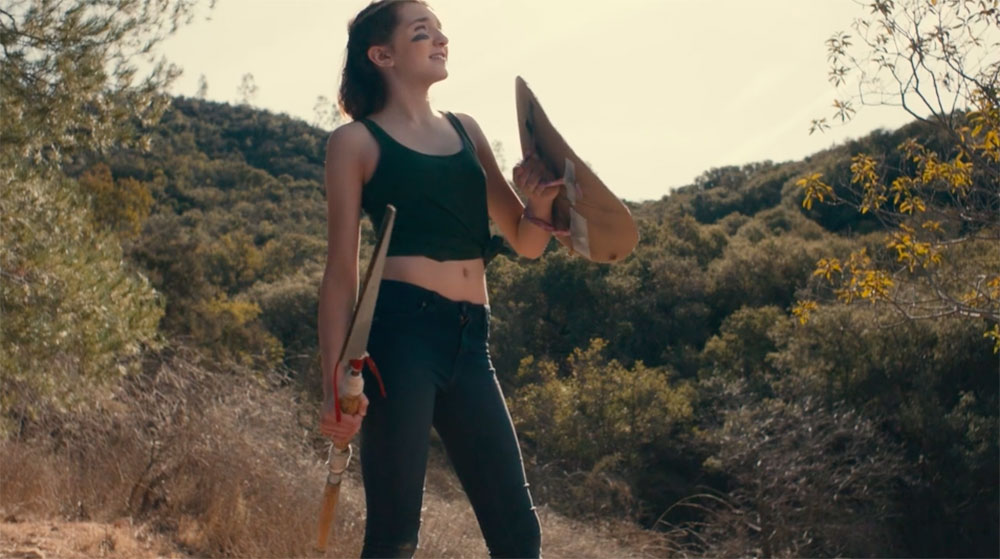 13-year old SPROUT GRADY, in the midst of coming-of-age, and on vacation with her family to their secluded retreat in the forest to mark the anniversary of her sister’s death, grows convinced that a monster is haunting the nearby woods. Embarking on a mission to vanquish it, she uncovers horrifying secrets that rock the core of everything she thought she knew.

Coming of age and religious horror almost seem to be made to go hand in hand with each other, a unique combination that almost needs no defending or pretense.  Director Andres Rovira does a masterful job in Come, Said the Night of crafting a tale with many unique twists and turns, such as using Greek mythology as the religious backdrop (I can’t find a single horror title using this as the focal point) and the use of a beast known as a Gorgon (a mythical creature portrayed in ancient Greek literature, the term commonly refers to any of three sisters who had hair made of living, venomous snakes, as well as a horrifying visage that turned those who beheld her to stone) as the monster. 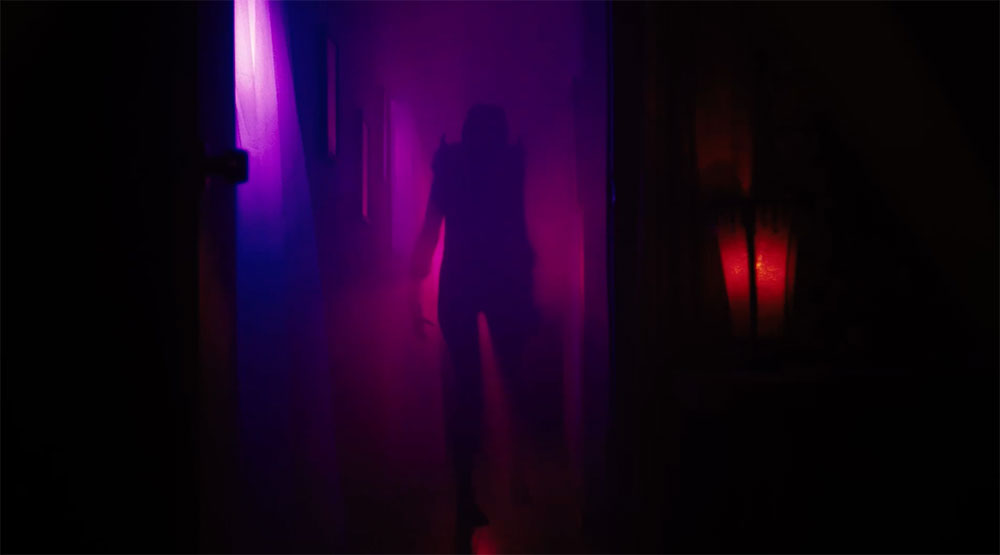 This can’t be stated enough that the only other HORROR films that I could find with a gorgon in it were Terence Fisher’s THE GORGON (1964) for Hammer Films and George Lazopoulos’ MEDUSA (1998) for Stone Productions , so points for originality are immediately given because you know that something new and fresh is coming to the table.

Bold moves like this are rarely taken these days, and you can tell the research was put into this decision. Now combine the coming of age factor into the equation, and you actually have something you can sink your teeth into.

As the next wave of younger actresses enters into the industry and the genre, Nicole Moorea Sherman’s performance can be pointed out as a shining example of a strong female archetype that can vulnerable AND strong in the face of horrific events and truths.  The innocent qualities she possesses while at the same time starting to display her strides into womanhood, make for a commanding performance and really helps to give you an emotional attachment to her that few young actors and actresses are able to convey to the audience. 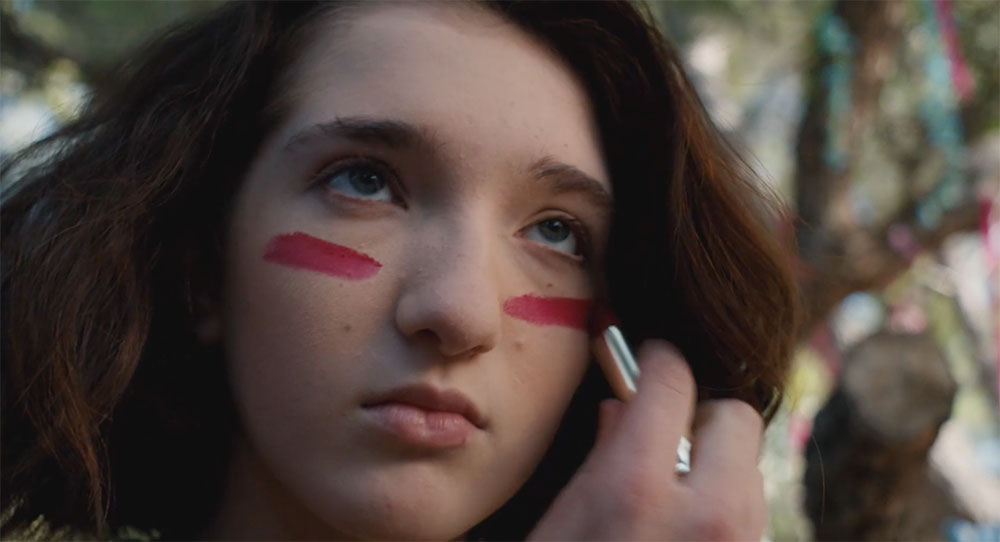 You can also see the awkwardness of not having a female influence in her life as she transitions from child to adult.  The loss of her mother and sister weigh heavily on her, even with the support of her younger brother and her father.  The resistance against Danielle Harris’ Ranger Stella Woodhouse is well played as well, going from hot to cold in a moment’s notice.

In Come, Said the Night, there are other themes beyond the obvious things you see on the screen. While it is certainly popular (and rightfully so at times) to poke at Christianity and other religions, it most certainly is not common to see Greek mythology viewed in this fashion.  Gods exist for almost every facet of life, with people often choosing specific Gods to follow that fit their lifestyles and beliefs.  What I find really interesting is that Rovira picks Gods that have dual purposes in the Pantheon and assigns them in a way that makes you look closer at their nature. 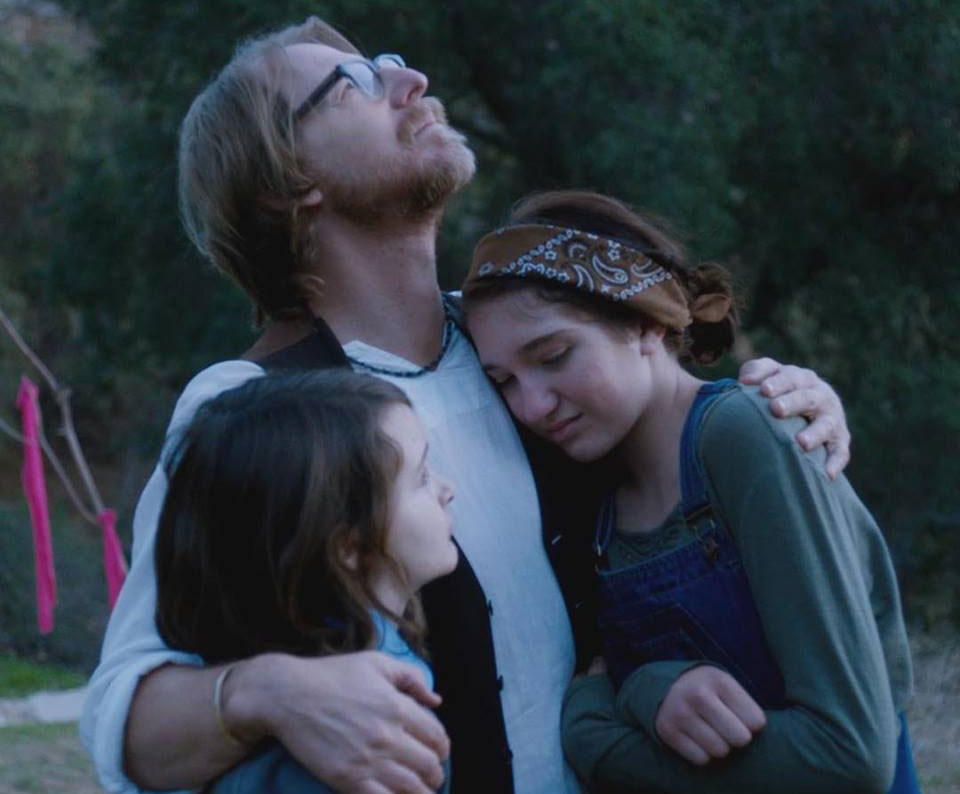 The other aspect of the film that draws you in is the fact that Come, Said the Night is about a single father with his children.  While most horror films use the trope of the single mother being endangered and having to defend her kids, we get to see somewhat of the other side of the spectrum initially in this film.  The best part is that it does not detract from the coming of age story, nor does it take anything away from the empowerment that Nicole’s character gains throughout the film. In fact, it actually enhances the experience in unforeseen ways.

The dynamic of the family plays a critical part in this film.  Both children and the father all have emotional baggage that is quite apparent from the beginning, but you do get a sense of warmth and compassion from all of them.  The heavy influence of religion is heavily felt almost from the beginning of the film. But as I stated before, because it is a religion that is not in the mainstream attention, it actually forces you to look deeper into the context of what is going on. 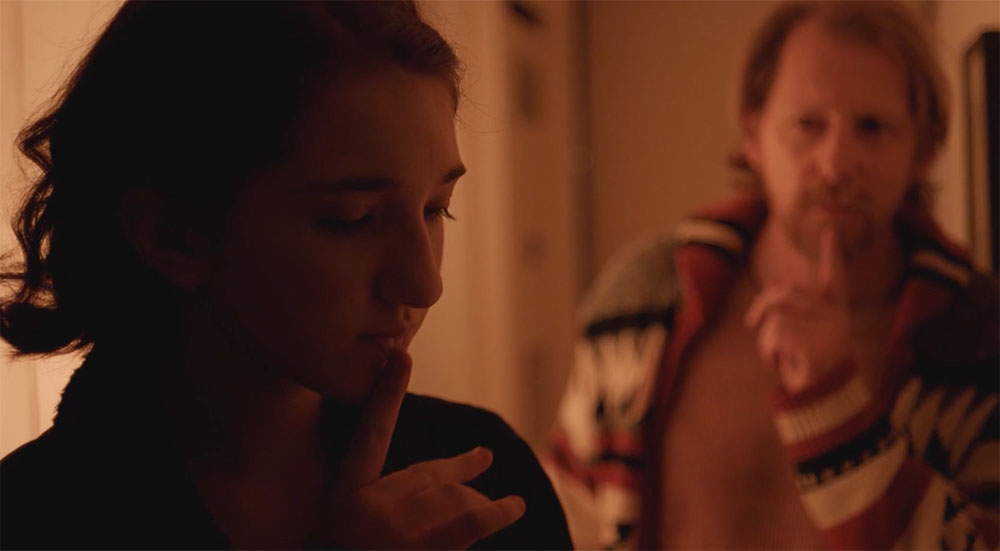 The initial overall picture is that of a family that has suffered tragedy and loss but manages to hold it all together for the sake of one another.  Once Sprout starts to see the Gorgon however, the movie starts to take a leaning towards the darker side of humanity and religion/mythology.  Sprout allegedly suffers from “night terrors” and they seemed to