We continue our recap of the entire Riverdale series with episodes 15 and 16 of the third season, “American Dreams” and “Big Fun”.

Season 3 Recaps:
Episodes 1 and 2: Labor Day and Fortune and Men’s Eyes
Episodes 3 and 4: As Above, So Below and The Midnight Club
Episodes 5 and 6: The Great Escape and Manhunter
Episodes 7 and 8: The Man in Black and Outbreak
Episodes 9 and 10: No Exit and The Stranger
Episodes 11 and 12: The Red Dahlia and Bizarrodale
Episodes 13 and 14: Requiem for a Welterweight and Fire Walk With Me 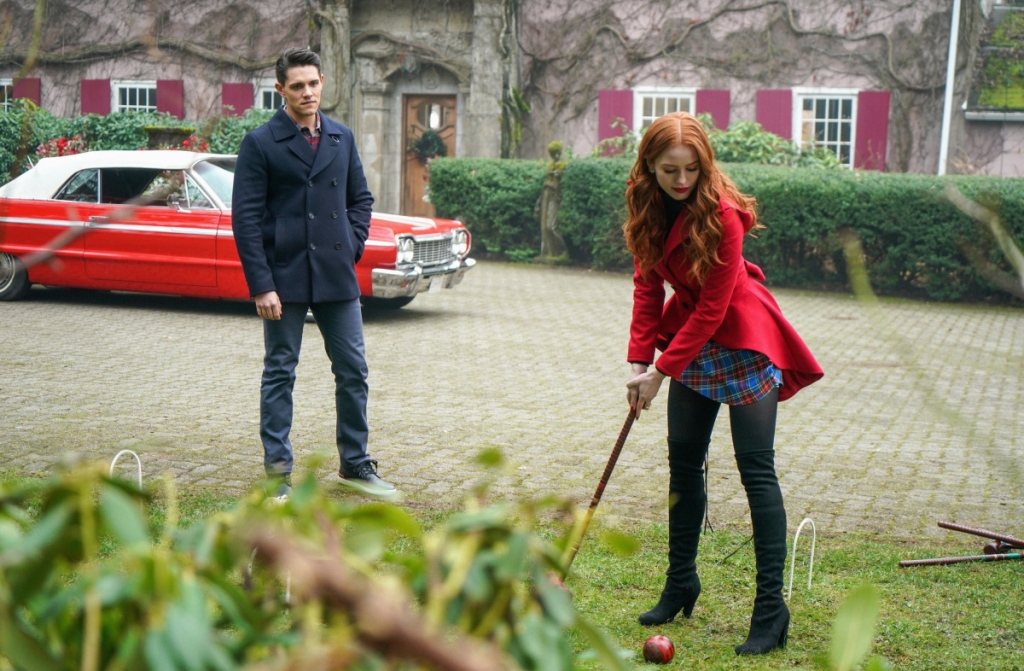 Gladys Jones bought the Cooper family home from Alice to live in it with her family.  Jughead is torn and offers to let Betty live with them but she refuses politely and instead stays at the Pembrooke with Veronica. Now on patrols with his father (who breaks up with Alice this episode in an attempt to start things over with Gladys)  and preparing for FP’s birthday party with his mother. However, Veronica finds out that Gladys is taking over the drug trade. After confronting his mother and promising not to tell FP in order to protect his feelings, he gives a speech at his father’s party at La Bonne Nuit and makes plans with Betty to take down his own mother.

Betty, dealing with her mother’s selling of her childhood home, puts her focus on helping out Archie as a means of coping – trying to help figure out where the ‘Kill The Red Paladin’ cards that were found with Ricky and Warden Norton came from. She helps Archie win and then agrees to help Jughead try to save FP, Jellybean, and the whole town from the clutches of Gladys.