“The Man With the Magic Box” is a well-directed, somber sci-fi drama that should appeal to genre fans looking for something different. 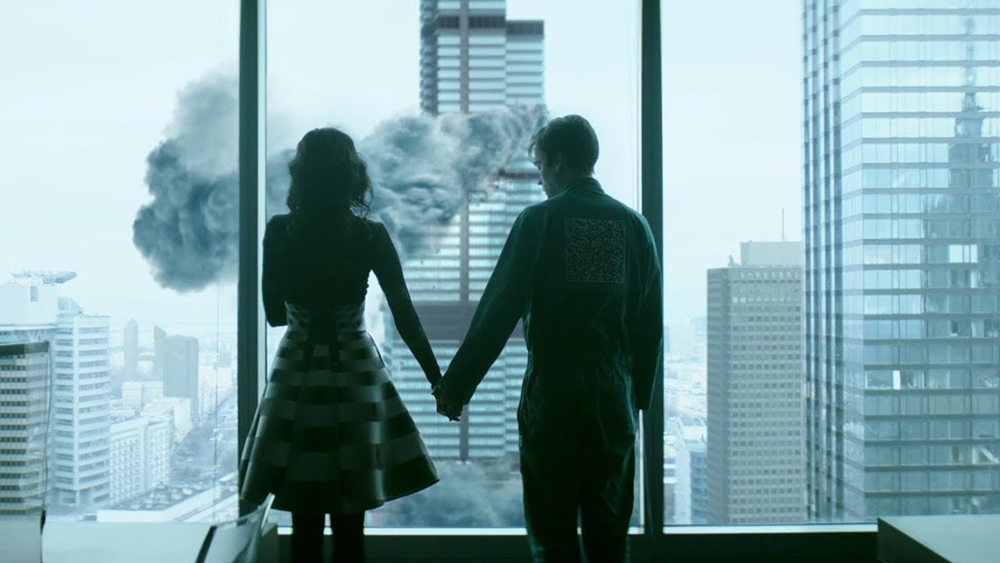 In a futuristic Poland, a soft-spoken young man named Adam (Piotr Polak) wakes up to discover that he has no memories of anything that has come before; most of all, he cannot remember anything about his own life.

Much to his rather passive surprise, he learns that the year is 2030 and that he is now working as a janitor in a large office building (this normally bland setting is one of the highlights of director Bodo Kox’s film, as the office features many creative glimpses into the future in terms of clothing, technology, and medicine). Within a short time frame, Adam meets and falls in love with the beautiful Goria (Olga Boladz), who maintains a management position in the building and emits a confident, sexy, and at times haughty air. 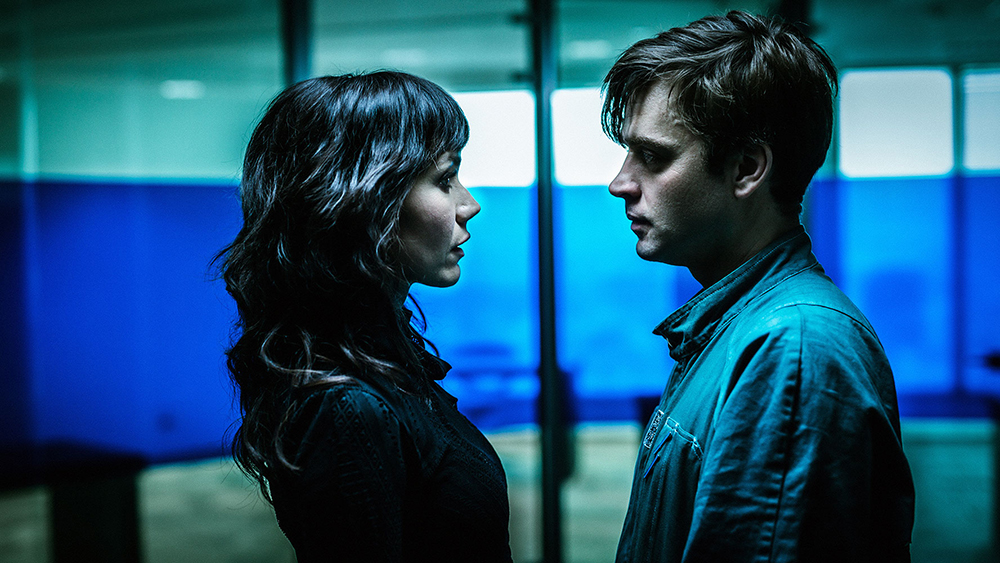 Although it is not made clear why someone as glamorous as Goria would return Adam’s romantic interest, she does — and soon thereafter the couple are engaged in a dystopian romance. The crux of the movie appears next: Adam comes upon an old radio that seem connected to a past he can’t remember. With Goria’s aid, Adam will attempt to use the radio to understand both his past and his present, but not everyone will sit idly back while he embarks on his emotional journey.

Stylistically, this Polish science fiction film works very well; as mentioned, the settings are cool and efficient, reflecting a future that appears appealing and chilling.

Cinematographer Dominik Danilczyk captures this unique world in somber, monochrome colors of green and gray, yet another element that emphasizes a somewhat mechanical future. One early sequence is both romantic and eerie, as Adam’s reflection appears juxtaposed next to Goria, an indication of their connection in the narrative. 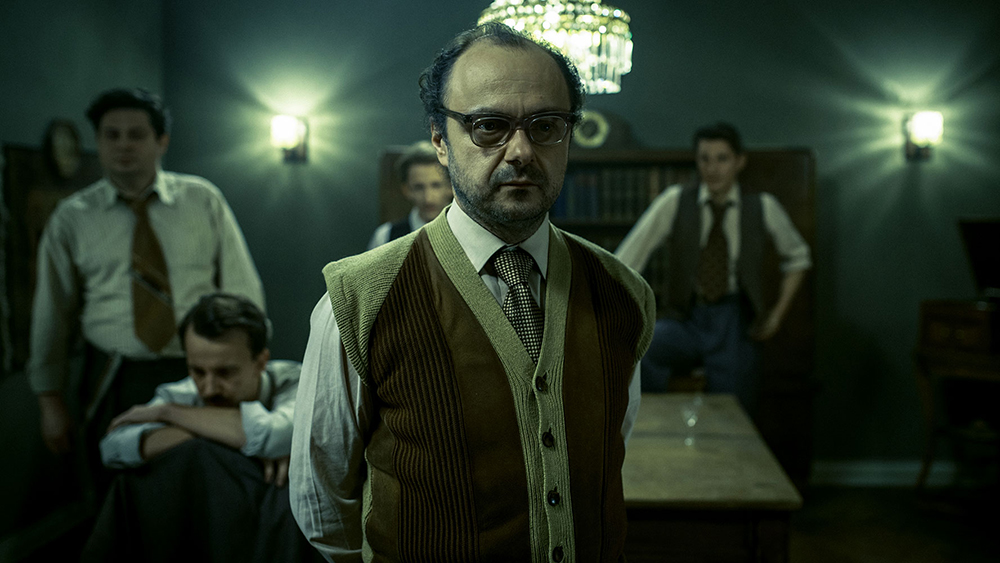 Perhaps this image was intended to convey that opposites attract, for while audiences will most likely want to see Adam and Goria succeed as a couple, they might have a hard time understanding why they fall in love in the first place. The performances by Polak and Boladz are strong, but the characters seem to have little in common except for the pursuit of Adam’s truth (however, love in the movies is never quite the same as love in real life, so most viewers will be able to easily overlook this small quibble).

The radio that Adam discovers gives him time-travel capabilities, a plot device that helps to balance the film between both the science fiction and fantasy genres. On this note, director Kox seems comfortable exploring many different avenues in his picture, including scenes involving action, romance, and political strife. 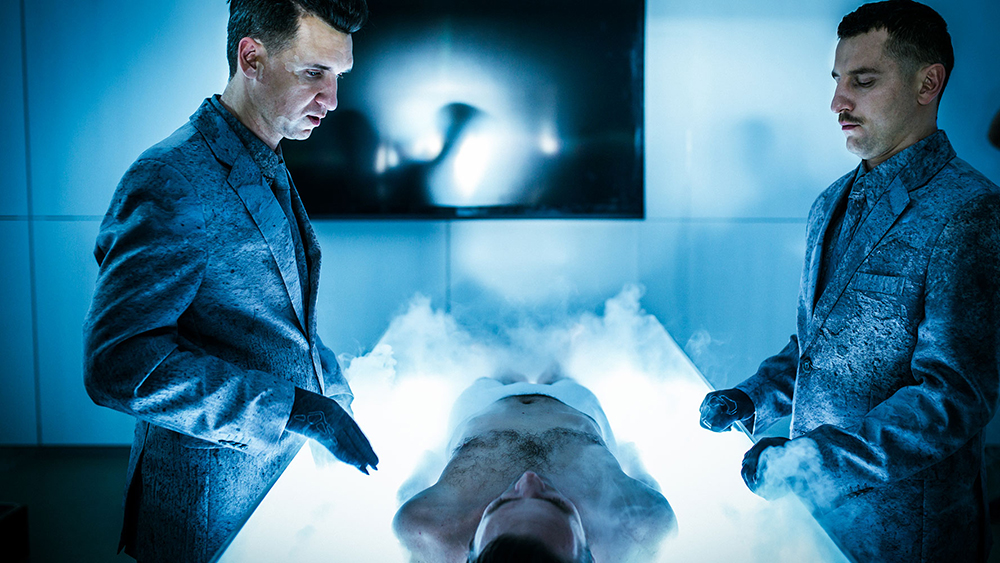 For those expecting a straightforward or simplistic sci-fi yarn, “The Man with the Magic Box” might prove to be too ambitious and overlong for their liking; but for genre fans who don’t mind a little abstract thinking with their cinema, the movie will fit the bill nicely. The fluid camerawork, poetic costume design, and expert performances all come together to emphasize the strength of Kox’s tight direction and detailed script. For English-speaking audiences, the film is subtitled from the original Polish, which means that viewers will have to keep a watchful eye on the screen in order to fully immerse themselves in this bleak but creative world.

From Artsploitation Films and now available on DVD, Bodo Kox’s The Man with the Magic Box harnesses the energy of many different genres and influences to tell an engaging story of both love and political intrigue.