It’s the birthday of influential filmmaker Quentin Tarantino, and we’re celebrating his remarkable career by ranking his filmography. 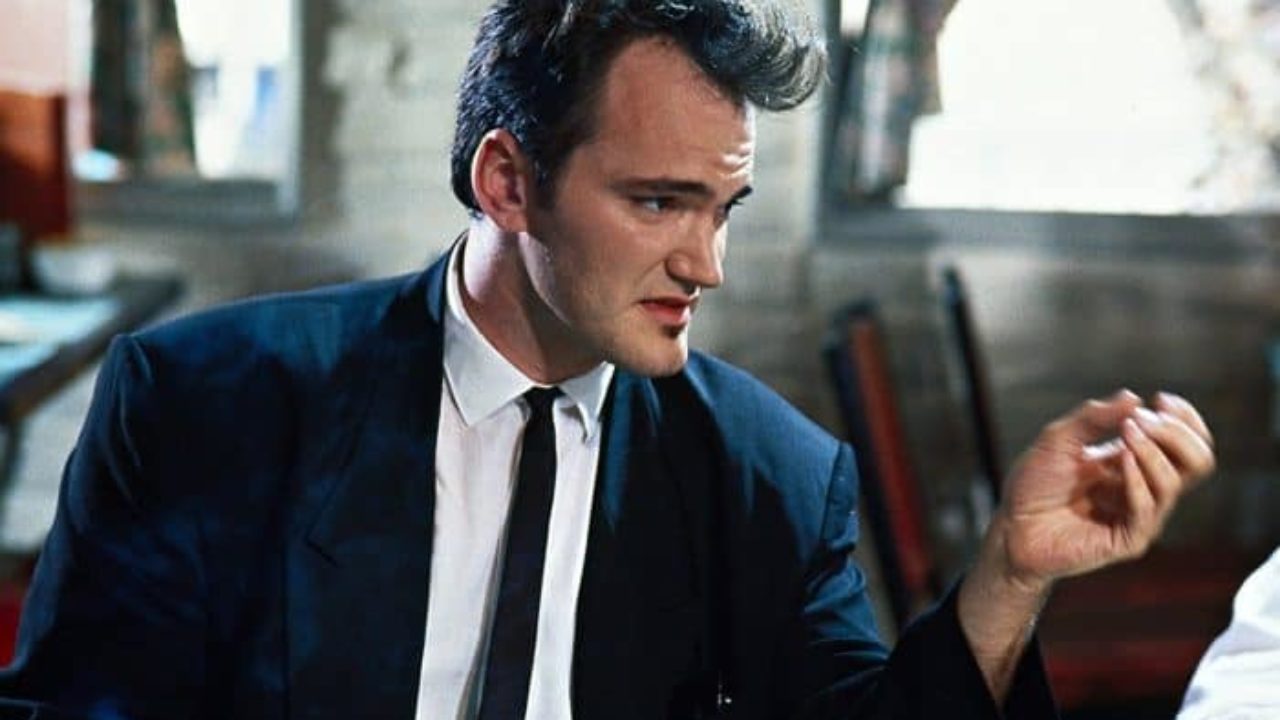 Quentin Tarantino. One of the most legendary and iconic filmmakers to ever exist. Tarantino has written and directed nine distinct films over the course of nearly thirty years. This is my ranking of QT’s filmography. But before we get started, know that I love all of these films and firmly believe that Quentin Tarantino has yet to make a “bad” movie. 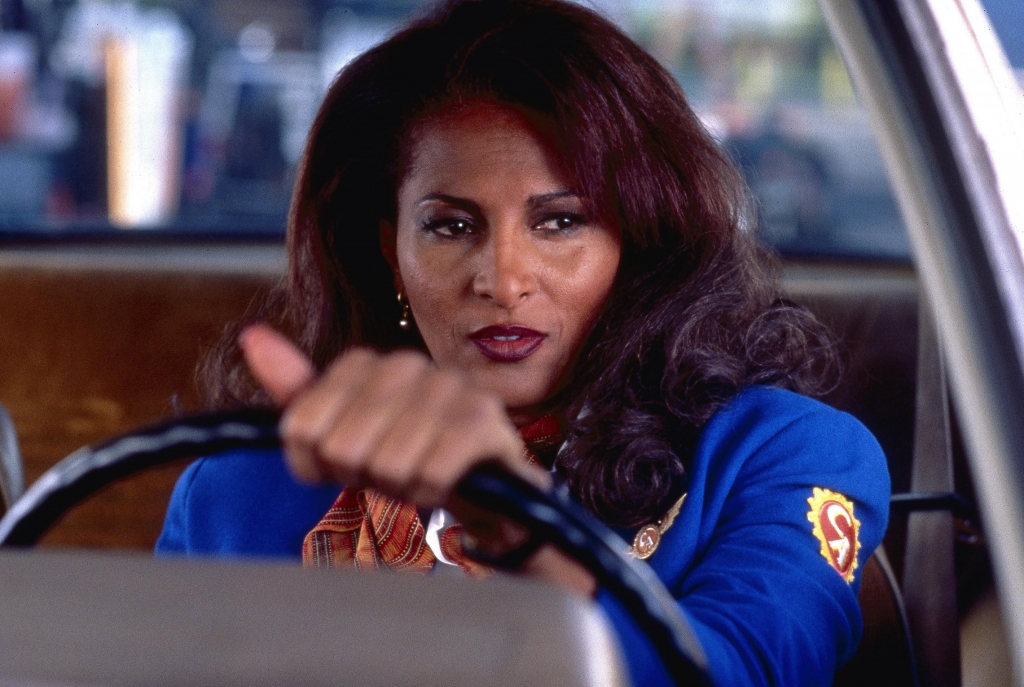 Starring Pam Grier, Samuel L. Jackson, Robert Forster, Michael Keaton, and Robert De Niro, Quentin Tarantino’s third film Jackie Brown tells the story of a stewardess, who after getting busted, must outsmart the feds and an arms dealer to get away clean with a huge score of cash.

Tarantino unquestionably succeeds in his character study, but I believe that the film does not feature the style and substance that Tarantino is known for. And while that is not always necessarily a bad thing, in Jackie Brown’s case, I think it does cause this film to land at the bottom of my list. 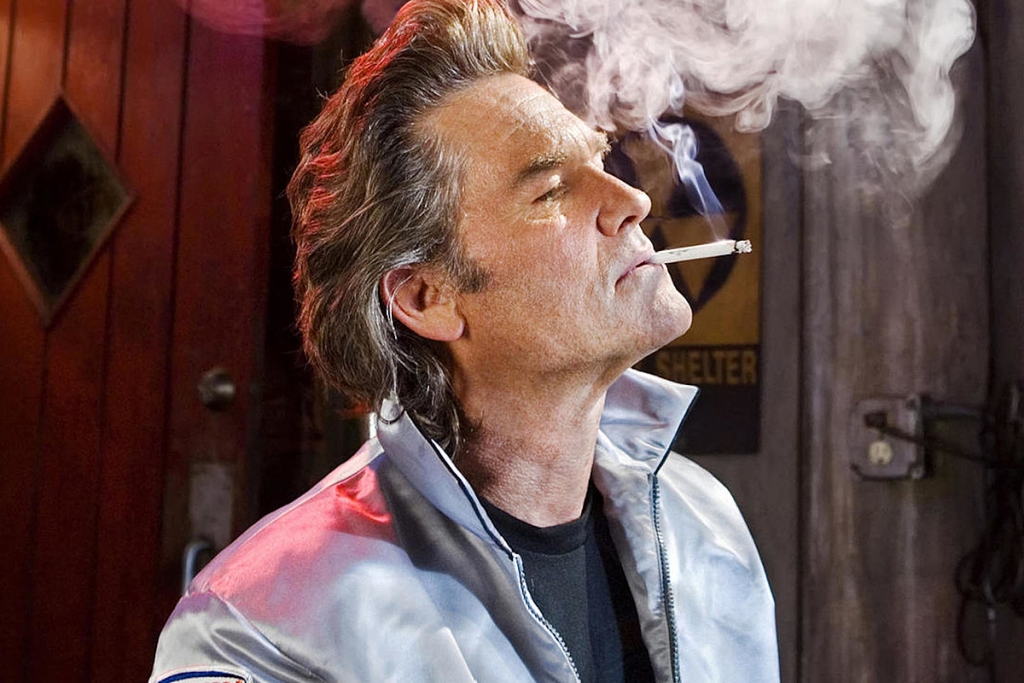 Along with Jackie Brown, I think that Death Proof is one of Tarantino’s weaker films, but to me, it feels far more “Tarantinoesque” than Jackie Brown does. There are long stretches of the film that are wholly dialogue-based, which is not so unusual for Tarantino. But I find that unlike most of his films, these scenes are rather unengaging here. Along with Russell’s performance, the car sequences are easily the highlight of the film.

The Hateful Eight is a purely Tarantino film, and that is a big reason why I love it so much. No one else could make The Hateful Eight. The film is a slow burn with just about all of its runtime being purely dialogue-based, but it holds one’s attention just as well as any action sequence. The Hateful Eight has some truly engaging and thought-provoking dialogue and still retains the gleefully sadistic, over-the-top violent nature of a typical Tarantino film.

The film is rather long, but remains captivating throughout, unlike some of Tarantino’s other overly long films, like Death Proof, for example. This film also reminds me quite a bit of Reservoir Dogs, and I enjoyed that stylistic callback. The Hateful Eight is one of Tarantino’s best. Also, Jennifer Jason Leigh’s Oscar-nominated performance as Daisy Domergue, one of QT’s most unhinged characters, is tremendous! 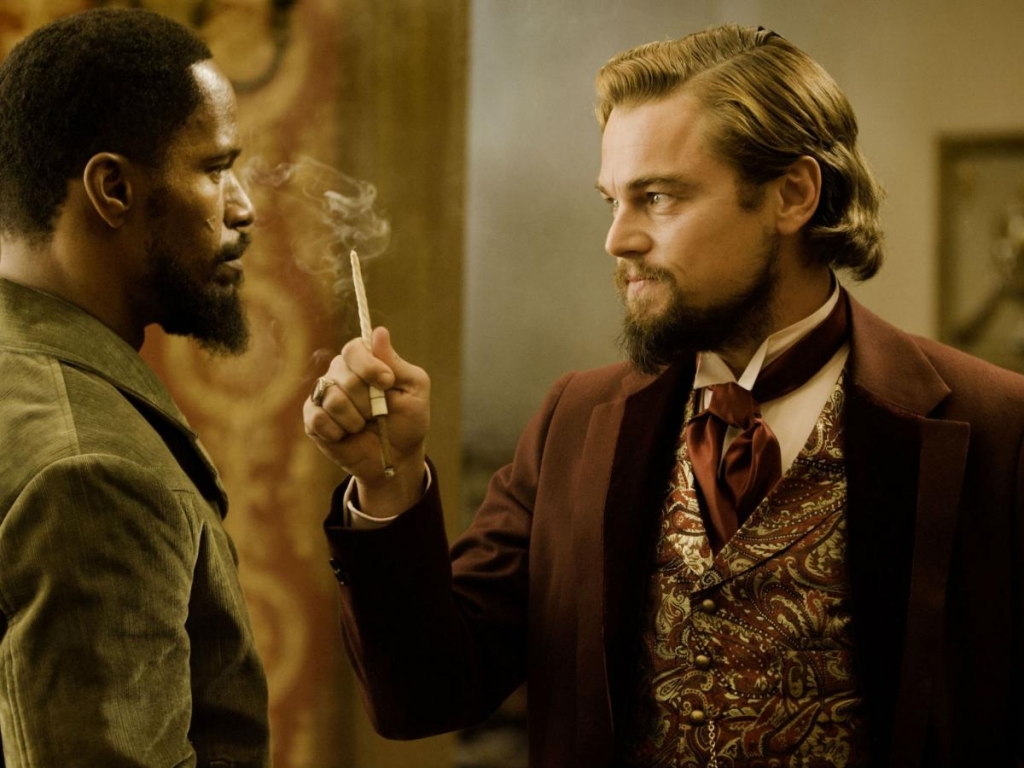 Starring Jamie Foxx, Christoph Waltz, Leonardo DiCaprio, Kerry Washington, and Samuel L. Jackson, the seventh film from Quentin Tarantino, Django Unchained, is an absolute blast and one of Tarantino’s unequivocal best. The film focuses on Django, a recently freed slave turned bounty hunter who seeks to free his enslaved wife from the clutches of a loathsome plantation owner.

I would rank Django Unchained higher, but I do think that it drags a bit in parts, and I think that it could have been a bit shorter. There are also a couple of stylistic choices that Tarantino made, particularly with the music, that I don’t necessarily agree with. But the music mostly shines, especially in the early montage sequence set to Jim Croce’s timeless classic, “I’ve Got A Name.”

Leonardo DiCaprio gives my all-time favorite performance of his in this film, one that he should have won an Oscar for, as the devilish slave owner Calvin J. Candie. The character of Calvin Candie is so very memorable and so courteously wicked.  DiCaprio masters his quick turns from a southern gentleman to a diabolical madman. Christoph Waltz also delights as Dr. King Schultz, for which he rightfully won an Oscar. Schultz’s mannerisms and demeanor are so delightful and charming, and he’s just so damn likable. Schultz is the antithesis to Candie. This is also my favorite performance from Jamie Foxx, who I think is one of the most multi-talented working actors today.

Django is such a great character, and his journey throughout this film is such a remarkable one to behold. Frequent Tarantino collaborator Robert Richardson’s cinematography in this film is some of his best work, too. There are so many gorgeous and memorable shots in this film, but one that stands out to me is early on in the film. I’ll set the scene: Django and Schultz are bounty hunting on a plantation and Schultz shoots one of their targets. His rich, red blood sprays all across an untainted field of fluffy, white cotton. It truly is morbidly beautiful. 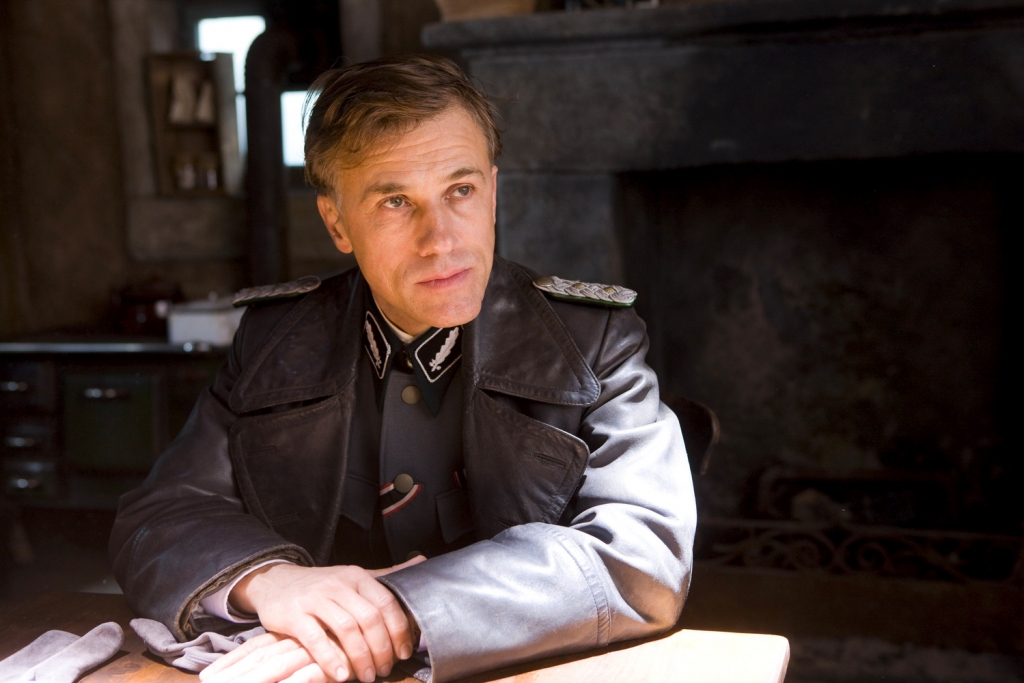 The film is intense, hilarious, and cathartic. Brad Pitt and Christoph Waltz especially shine in the film, and Waltz even won an Oscar for his electrifying performance as the sinister Colonel Hans Landa. 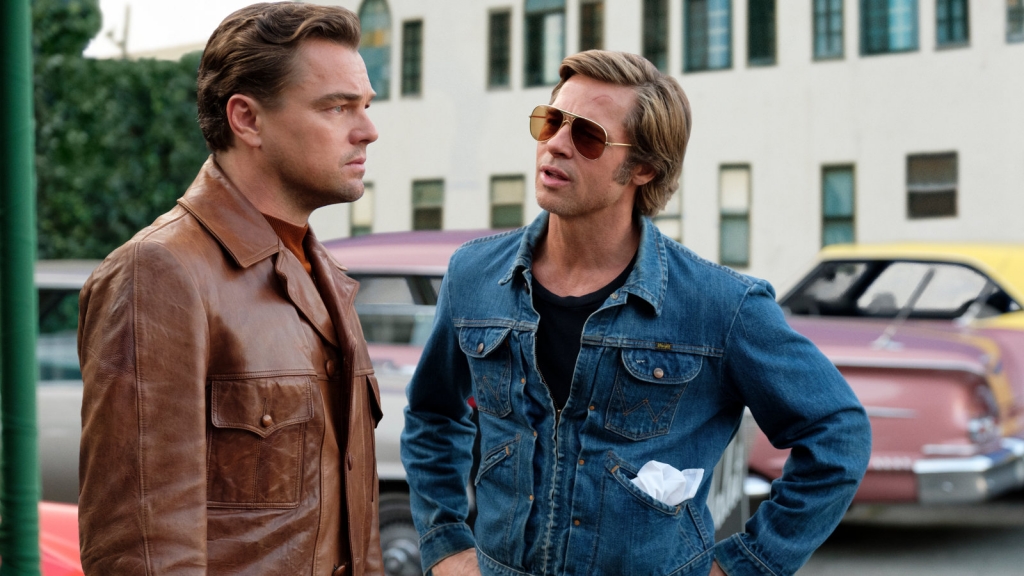 Quentin Tarantino’s ninth film, Once Upon A Time in… Hollywood, may just be his most enjoyable film. Starring Leonardo DiCaprio, Brad Pitt, and Margot Robbie, Once Upon A Time… in Hollywood tells the tale of fading actor Rick Dalton and his stuntman Cliff Booth, two best pals barely hanging on in the twilight of Hollywood’s golden age as gorgeous young star Sharon Tate moves in next door to Rick.

Leonardo DiCaprio is uproarious as Rick Dalton. And the ridiculous, yet cathartic ending is hilariously demented — and could only come from the incomparable mind of Quentin Tarantino. Brad Pitt’s Oscar-winning role as Cliff Booth is one of my favorite Quentin Tarantino characters, too. Cliff is just the epitome of cool. Margot Robbie joyously brings Sharon Tate’s beautiful spirit back to life in this film, and it is dazzling to watch. The soundtrack, as always in a Quentin Tarantino film, is terrific, but especially so in this film.

After the positively chilling Spahn Movie Ranch sequence in this film, I would love to see Quentin Tarantino make a horror film for his proposed tenth and final film, but Once Upon A Time in… Hollywood is quite a fitting swan song if QT decides to end his filmmaking career with it. 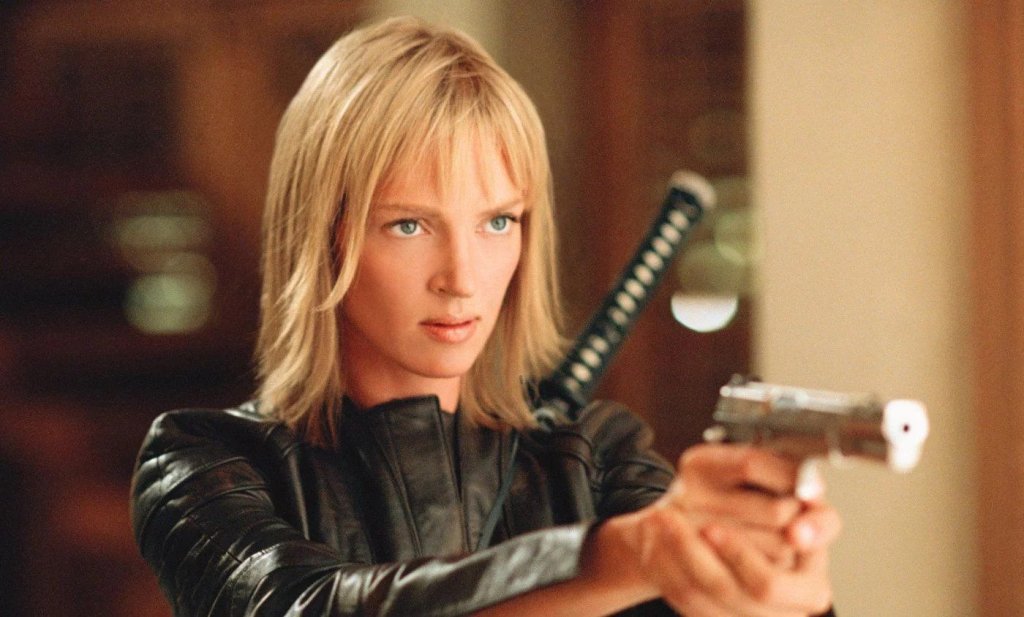 With his fourth film Kill Bill, a two-part epic saga of bloody revenge, audiences experienced a phenomenal return to form for writer/director Quentin Tarantino after his more modest third film Jackie Brown. The best revenge film ever made, Kill Bill is an ode to violence, it is a spectacular symphony of slaughter, and truly a delight and a wonder to behold.

Tarantino’s proclaimed muse Uma Thurman kicks all the ass and delivers a powerhouse performance as Beatrix Kiddo, a broken but far from beaten woman hell-bent on revenge on her former boss Bill, remarkably played by the legendary David Carradine. The cinematography in this film is genuinely stunning, and one can tell that Tarantino and his director of photography Robert Richardson are having a lot of fun playing around with color and lighting.

Kill Bill is clearly an homage to the classic Shaw Brothers martial arts films, but it really goes in its own bold and unique direction. When Tarantino is at the helm, he always has a distinctive vision and a story that only he can tell. I am still holding out hope for a potential sequel starring Uma Thurman’s daughter Maya Hawke as Beatrix’s daughter B.B. versus Zendaya as Vernita Green’s vengeful daughter Nikki. 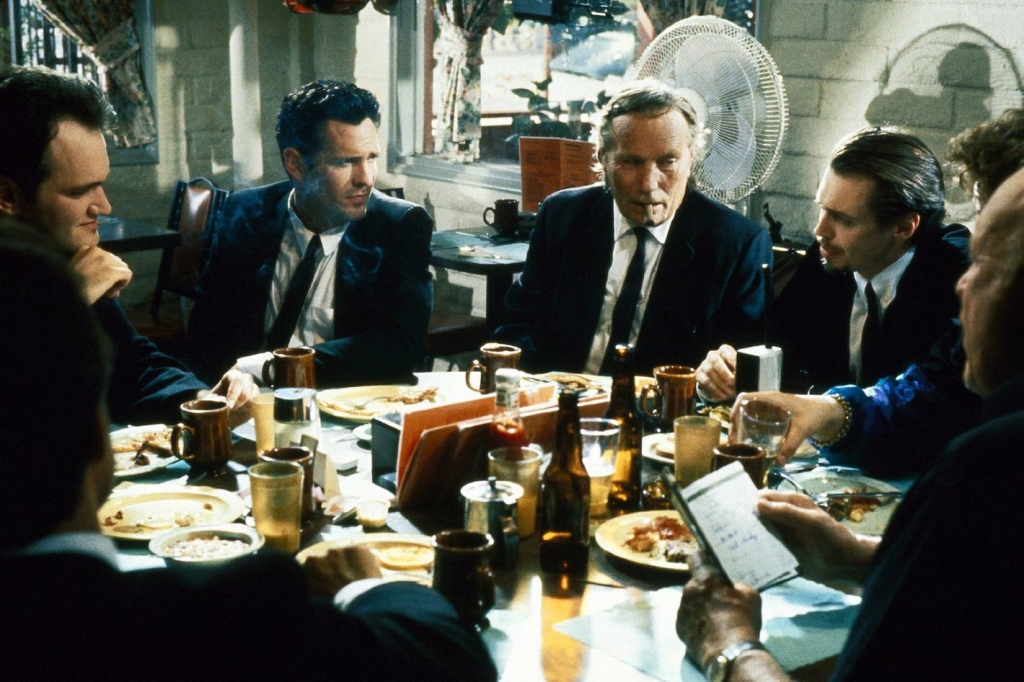 After a failed jewelry store heist, the remaining criminals return to the safe house to determine who among them may have set them up. Sometimes more akin to a play than a film, Reservoir Dogs is largely set in one room and particularly dialogue-heavy. It helps though that the dialogue is so damn good. This film’s opening scene is one of my favorite movie scenes ever. The performances are superb, too.  QT’s first film remains among his best. 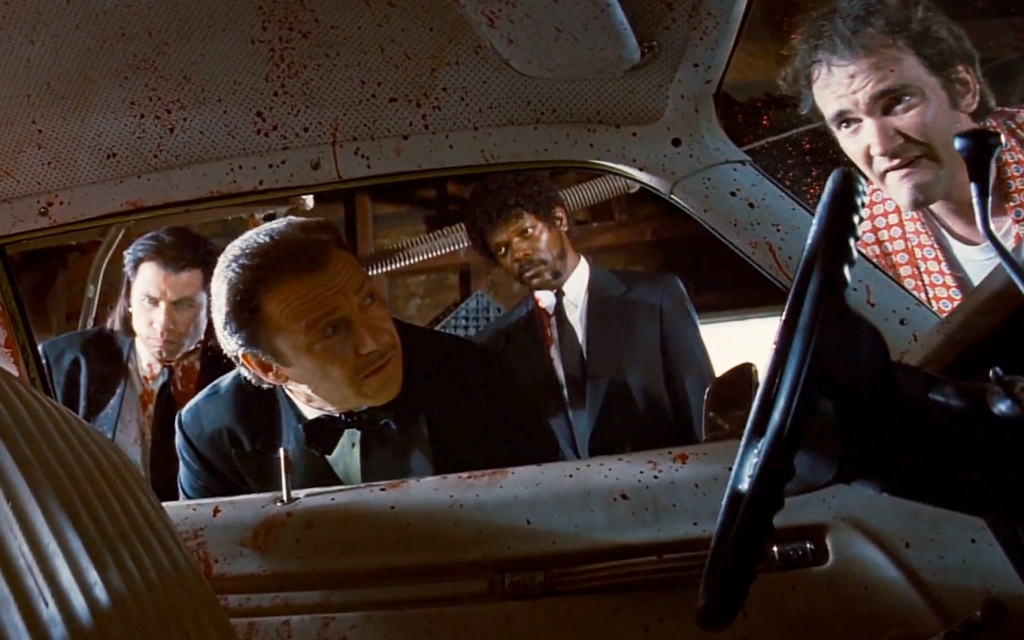 In the film, Quentin Tarantino takes the ingenious dialogue and gleeful violence that made Reservoir Dogs so transcendent. He crafts an interwoven tale of mayhem, producing some of cinema’s most iconic characters in the process. Each story and character is distinct and unique but fits so well with the rest. Pulp Fiction is the film that cemented Quentin Tarantino as a legend, and he truly shows his talent and personality as a filmmaker here. Pulp Fiction is undeniably one of the best films ever made.

Jarret Reid is currently studying English at Miami University in southwestern Ohio. He was also formerly a film student at Wright State University in Dayton, Ohio. Jarret is a passionate cinephile who especially enjoys the horror, science-fiction, and fantasy genres.  Concerning the horror genre, Jarret particularly enjoys the slasher, monster, body horror, folk horror, and splatter subgenres best.  Outside of the horror genre, Jarret has always been most passionate about Star Wars. Jarret also enjoys reading, writing, playing video games, and toy collecting. You can follow Jarret Reid on Twitter @JarretRReid and Instagram @jarret.reid. Please feel free to reach out to Jarret as he is always willing to chat or help in whatever way he can! Be excellent to each other! Read Full
More posts by the Author »