The #MeToo reckoning helped level the inequity of filmmaking, but this is a rare example of a film daring to display its guilt on celluloid. 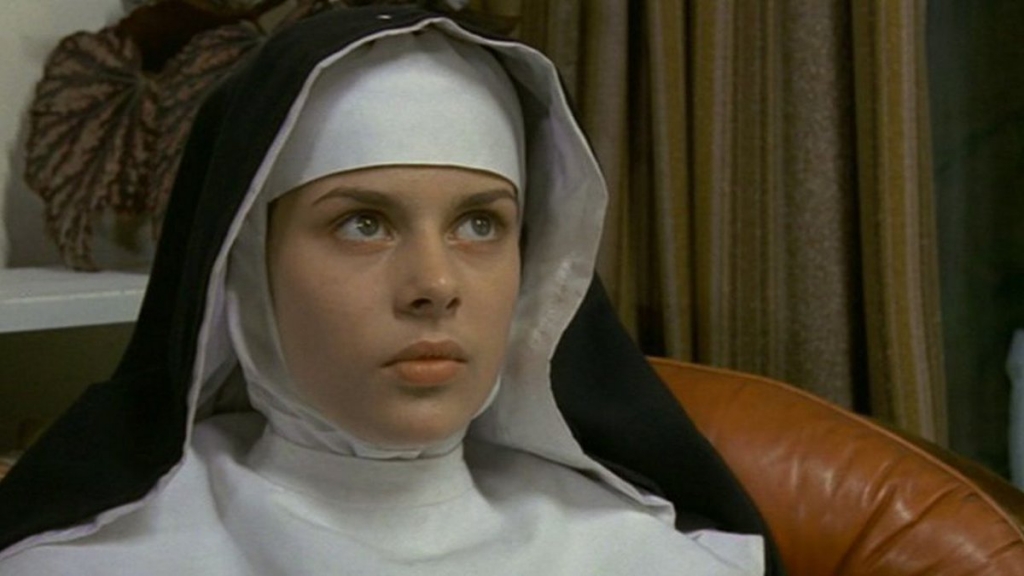 An occult writer is tasked at protecting another man’s daughter from a religious cult and exploits that time to broaden material for his book. Let’s dig into 1976’s “To the Devil a Daughter”, directed by Peter Sykes!

Focusing on the film and tabling the gratuitous nature of Nastassja Kinski’s role for now, it is creepy. The score by Paul Glass is extremely haunting, and the violins sound like a cauldron of rabid bats.

You will recognize one of Sir Christopher Lee’s first lines in the film “…It is not heresy and I will not recant!” as it was sampled in the White Zombie song “Super-Charger Heaven” (about 2:45 into the song).

Religious iconography is inherently evocative and unsettling, and the sets and production design make good use of that. The mausoleum that the climax is shot in front of is especially wonderful in the most macabre way.

I can’t move on without addressing the fetal hand puppet. It may be the worst effect I’ve ever seen. It looks like a deflated Gate minion blended with the puckmaren from Flight of the Navigator and covered in viscous ichor.

The film is a terribly slow burn but the visual rites are striking. And then it ends… 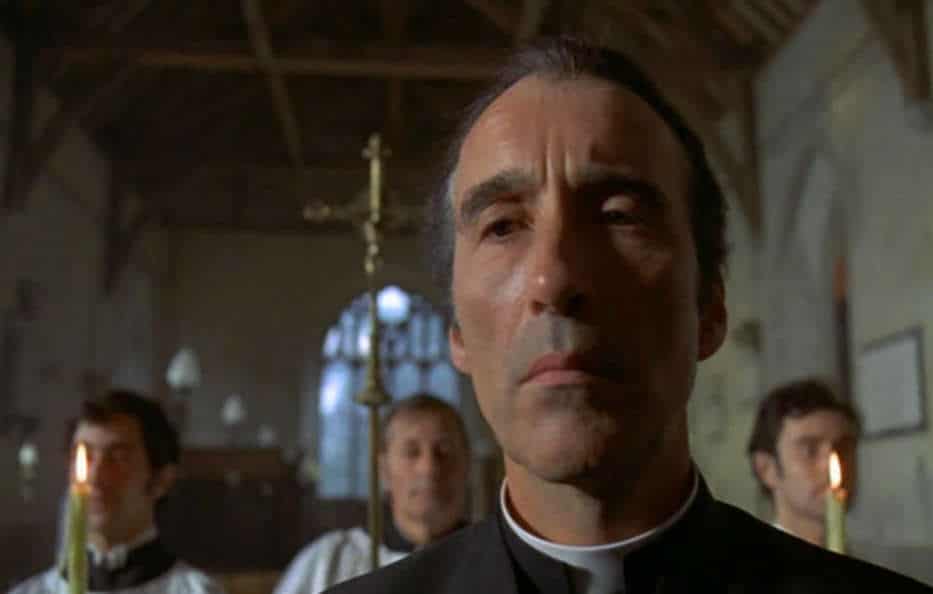 Nastassja Kinski was in Paul Schrader’s Cat People, Wim Wender’s Paris, Texas as well as Terminal Velocity alongside Charlie Sheen. She is also the daughter of Nosferatu himself, and frequent Werner Herzog collaborator Klaus Kinski

Denholm Elliot (Beddows) played Marcus Brody in Indiana Jones part one and three, and I can’t imagine a human I know less about that I find more charming and endearing than that character, in all his blundersome glory.

This section can be the entire body of this article. Everything I read about this film both prior to and whilst watching treated this scene so flippantly that it pissed me off.

Kinski was fourteen years old at the time of filming. What makes no sense is her character Catherine is eighteen. It’s stated multiple times, “…the pact was made eighteen years ago.”. So why would you cast a fourteen-year-old to perform both nudity and salacious scenes? Certainly, Kinski has the talent to warrant casting in just about any film. She’s charming, beautiful, has conviction… as an adult. At the time of making this film she had only done one film prior (an early Wim Wenders film where she also got nude for the role at 12-years-old!) and To The Devil a Daughter was billed as her “first major role”, so you can’t tell me they hired her because of her CV.

As if it can’t be more condemnable, the full-frontal nude scene (I can only hope the gory self-gratification scene was a double, but most likely not) is only a vision; a part of perhaps the worst ending in horror history. Forget about having no impact on the story, it’s useless to the scene. 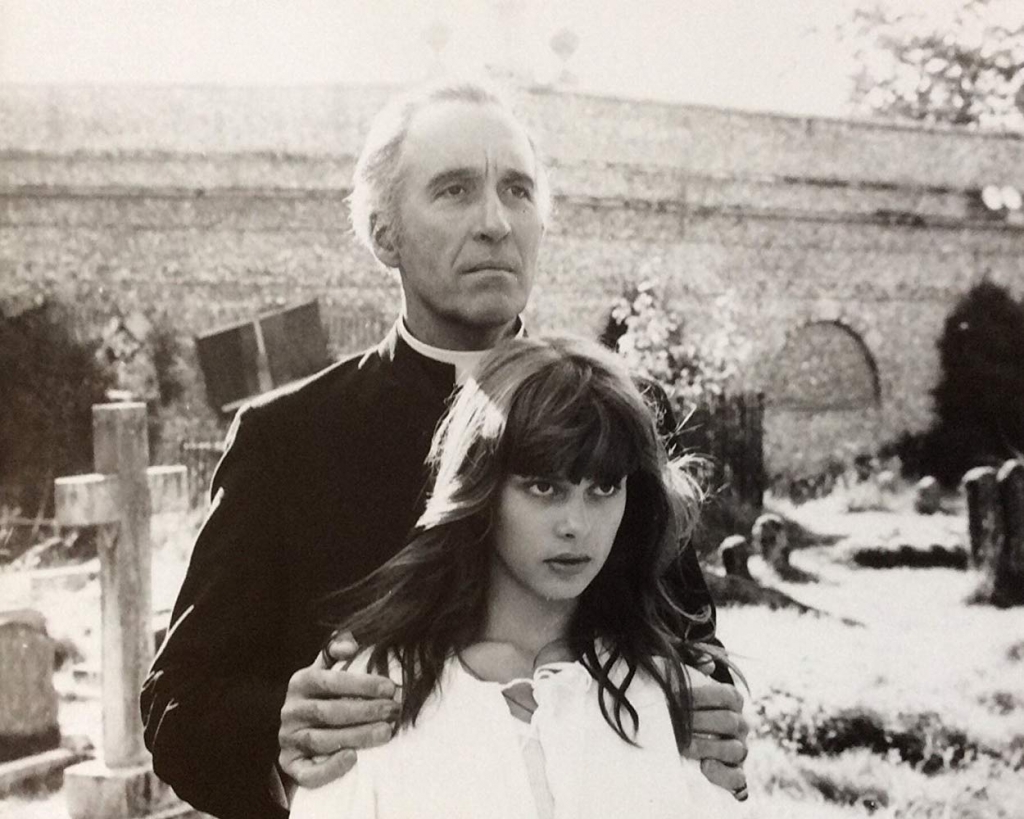 Everyone knew better. Even Sir Christopher Lee knew better. Instead of apologizing to Joe Dante for taking a role in Howling II, he should have apologized to Kinski for not smacking the director upside the head and protecting a young girl from exploitation.

Kinski has stated in interviews her regret at this era of her career, and how helpless and unprotected she felt. Her father offered no safekeeping as he reportedly had no problem with her role or what was being asked of her.

It’s crazy that the frivolous simulation of slitting an infant’s throat doesn’t even make the cut for this section, but that’s what happens when imprudent decisions are made in the name of “filmmaking”. You wind up with the death bell of Hammer horror.

Though her voice sounds a few pulls of a Virginia slim away from an iron lung, Honor Blackman (Anna Fountain) is beautiful, bohemian, and aristocratic all at once.

Maybe Wheatley’s source material is worth another stab if the film strayed so far from it. That’s about as much as I can sugar coat that.