Like its two extremely likable and relatable female leads, Olivia Wilde’s “Booksmart” manages to effortlessly be both wicked smart and exceedingly cool. 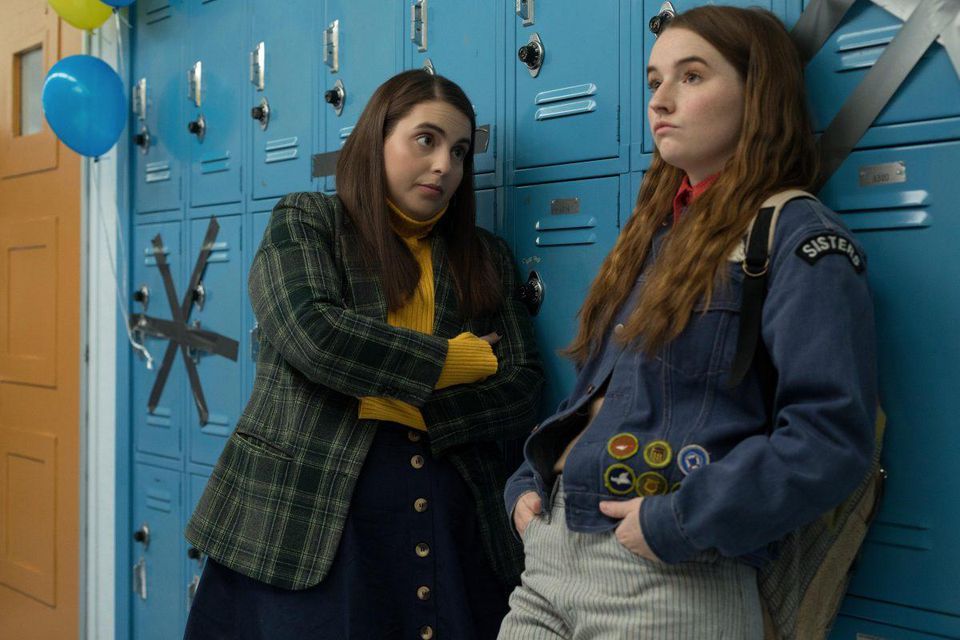 I’m breaking one of my cardinal rules for this site and reviewing a film that isn’t even tangentially related to the horror genre — unless you consider trying to survive high school and that awkward transition into adult life to be horror. (Hell yes, it’s horror!)

Let’s face it, few things in life are as truly exhilarating — and horrifying — as those pivotal teen years when the future is wide open and ours for the taking.

And few films have so perfectly captured that undeniable magic and chaos of growing up and self-discovery as well as Olivia Wilde’s poignant, relentlessly funny, and pitch perfect coming-of-age tale Booksmart. 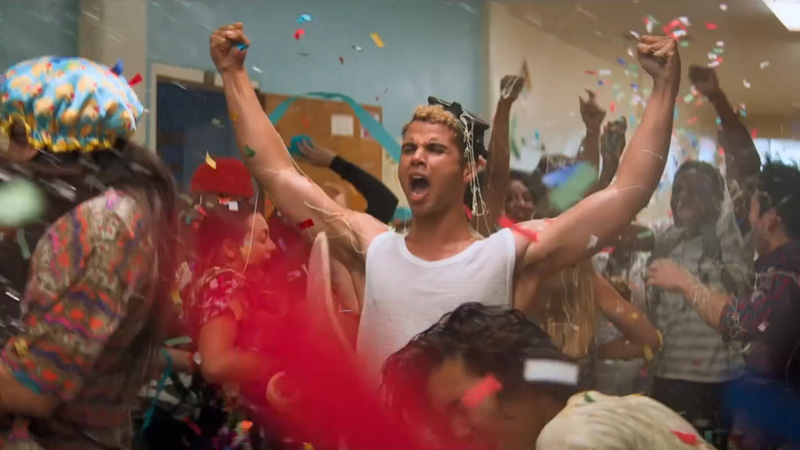 Synopsis: On the eve of their high school graduation, two academic superstars and best friends realize they should have worked less and played more. Determined not to fall short of their peers, the girls try to cram four years of fun into one night.

Booksmart made its world premiere at this year’s SXSW in Austin, Texas. And this weekend, the film received its widespread theatrical debut. Sadly, it’s the start of blockbuster movie season. And the film is struggling to find an audience amidst those heavily hyped spectacle movies. That’s a damn shame.

After the adrenaline rush of those heavy hitters has quickly subsided, it’s the smaller and more heartfelt films like Booksmart that linger the longest — the films we truly connect with and relate to on a deeper level. 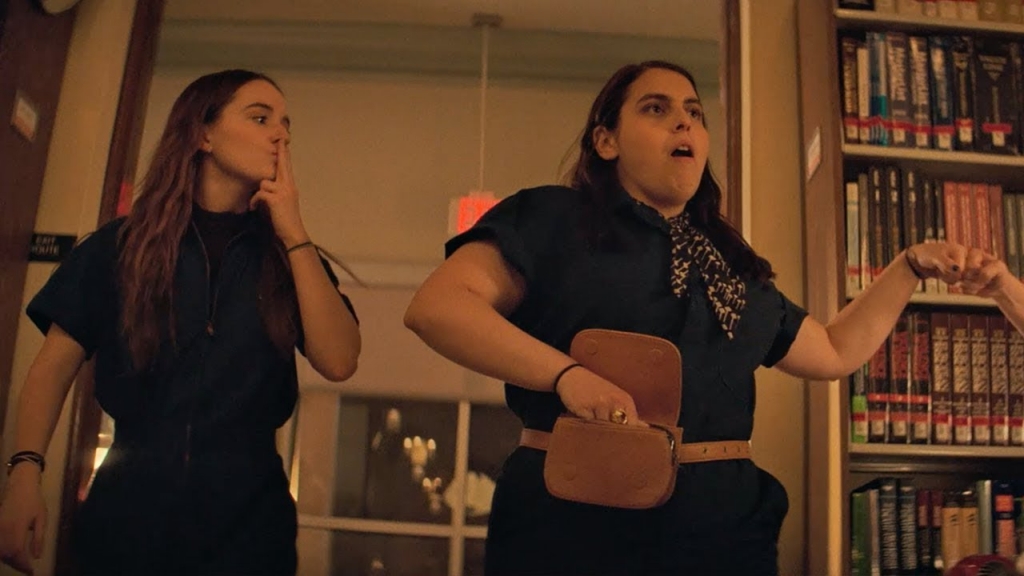 It’s been longer than I care to admit since I’ve graced the halls of high school. But, no matter how much distance you put between yourself and that pivotal time in your life, you never forget how you felt. Whether you are college-aged or middle-aged, you still carry that hopeful, naïve, excited, and terrified eighteen-year-old you once were close in your heart.

Booksmart brought those memories flooding back. And it’s a charming reminder that, as much as things change, so much stays the same. 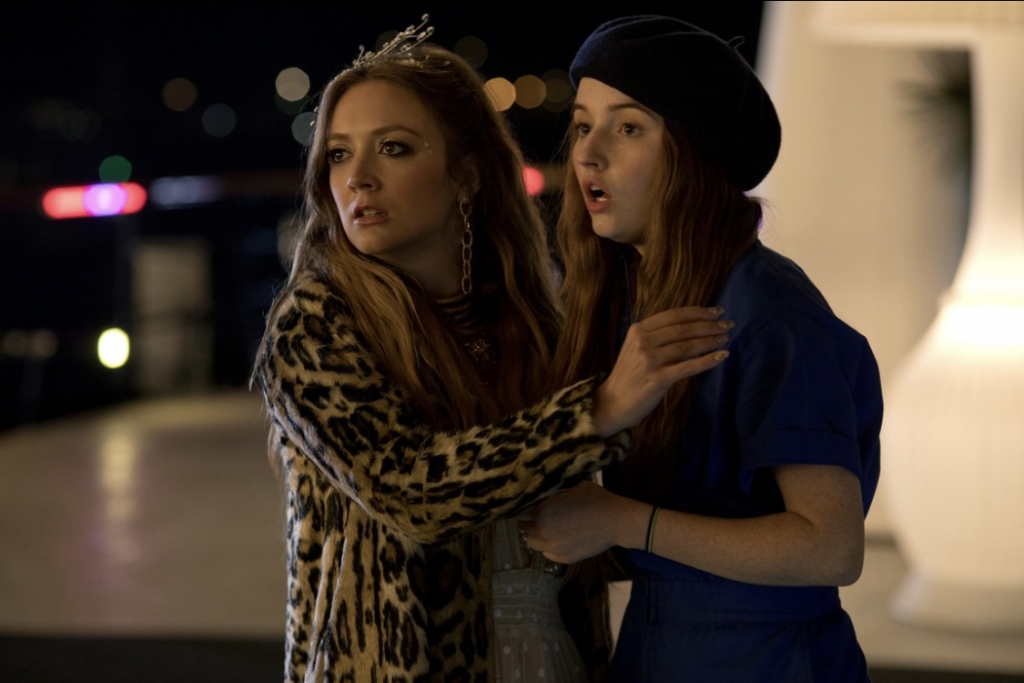 In many ways, it’s a refreshingly progressive film told from a female perspective, with strong LGBTQ+ representation. And it’s wonderful to see these grossly underrepresented voices be treated with respect and authenticity.

Most importantly, however, the film never feels like it’s trying too hard to be socially relevant. There isn’t a hint of pretense or insincerity. When the film tackles the very real issues of blossoming sexuality, it does so with as much heart as humor. While never sacrificing laughs, Booksmart also avoids turning very real feelings and insecurities into a complete joke.

Where Booksmart really shines is in its uncanny ability to bring us all back to that crucial time when we thought we had the world figured out. The world was safe, predictable, and made sense — even if it was a kind of screwed up sense where we judged people for all the wrong reasons, and defined our own worth based on where we thought we fit in a false social construct.

Then one day, as we stood on the precipice of the biggest change we’d ever faced, we realized that maybe we didn’t have it all figured out. For the first time, we were forced to really confront who we were and who we wanted to be.

And Olivia Wilde, in a breathtaking feature film debut, absolutely nails it. 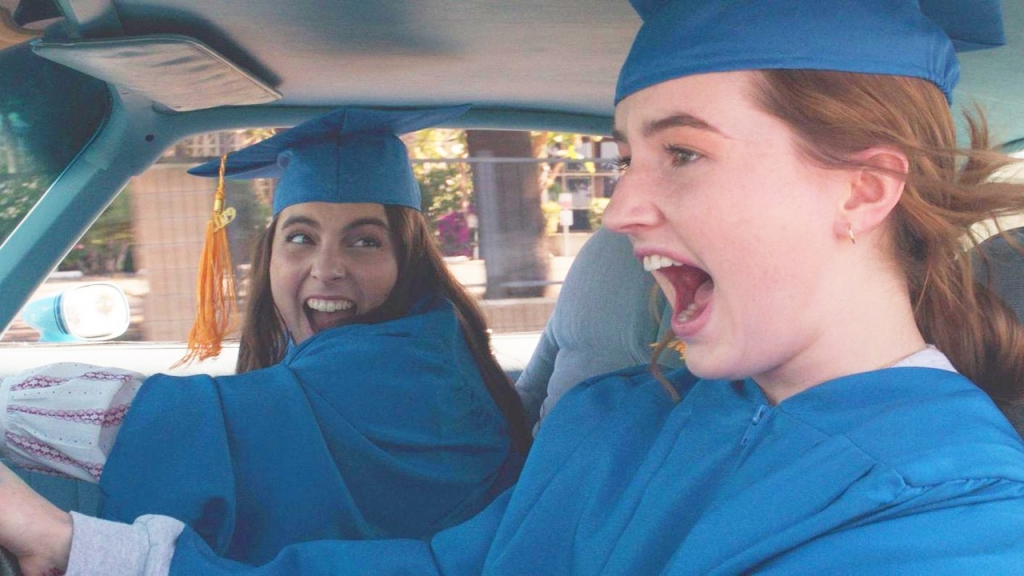 The script, written by a team of four women, features incredible smart, witty, and fast-paced dialogue. But it’s not the kind of “look how hip and clever we are” dialogue that feels completely disconnected from how any real teenager would actually speak. Instead, every beat and note of this film strikes a genuine chord.

Wilde shows tremendous talent behind the camera, crafting a number of memorable scenes that are expertly shot and visually captivating.  She also employs a killer soundtrack that brilliantly sets the tone for the film, from beginning to end. And she elicits exceptional performances from her entire cast, especially her two talented leads, Beanie Feldstein and Kaitlyn Dever.

Sure, Booksmart is a very funny, laugh-out-loud comedy that fits comfortably in the landscape of those “one last party to end all parties” movies about teen angst and budding sexuality. But it’s also a tender and thoughtful portrayal of female friendship — a love letter to the importance of those early relationships that do so much to help shape and develop us as we evolve into the people we are meant to be.

I’m writing this review because this is a film that deserves to be seen.

Booksmart deserves your support while it’s still in theaters. Don’t wait for its arrival on Netflix or DVD. This is the kind of smart, independent, well written film that audiences always claim to want more of. Yet, when a film of this caliber arrives, we’re so quick to ignore it. Then we go back to complaining that nothing out of Hollywood is original, inclusive, or intelligent.

We need more films like Booksmart. We need more filmmakers like Olivia Wilde. We need more risk-taking, thought provoking, genre-redefining films. And the only way we’re going to get it is if we demand it — and don’t ignore a gift like this when it falls in our laps.