Formerly a successful skateboard shop owner from Dallas, Texas, Colton Tapp has easily transitioned into the world of acting, continuing to impress and make considerable waves with his buzzworthy performances. Having recently made the move to Los Angeles, he’s been cast as the lead in more than 15 films, booked more than 50 projects, and won numerous awards.

Recently, this multi-talented rising star has added filmmaker to his expansive resume. And he’s shown great promise as a fresh new voice in horror, a genre he’s incredibly passionate about.

With many other exciting projects soon to be released, 2017 may very well be the year Colton Tapp becomes a household name.

Hi, Colton! You were raised on a cow ranch in Dallas, TX (my hometown) and are now living in LA and making movies. What’s that transition been like?

That’s right, there’s not much difference though…I went from one set of cattle calls to another! The transition was, as expected, pretty awkward at first. LA is the mecca of film where thousands flock every week to go pursue their passions so there’s really no preparation for being in that environment.

2017 looks to be a huge year for Colton Tapp. With several films coming out, we chat with him about a few of his recent projects… 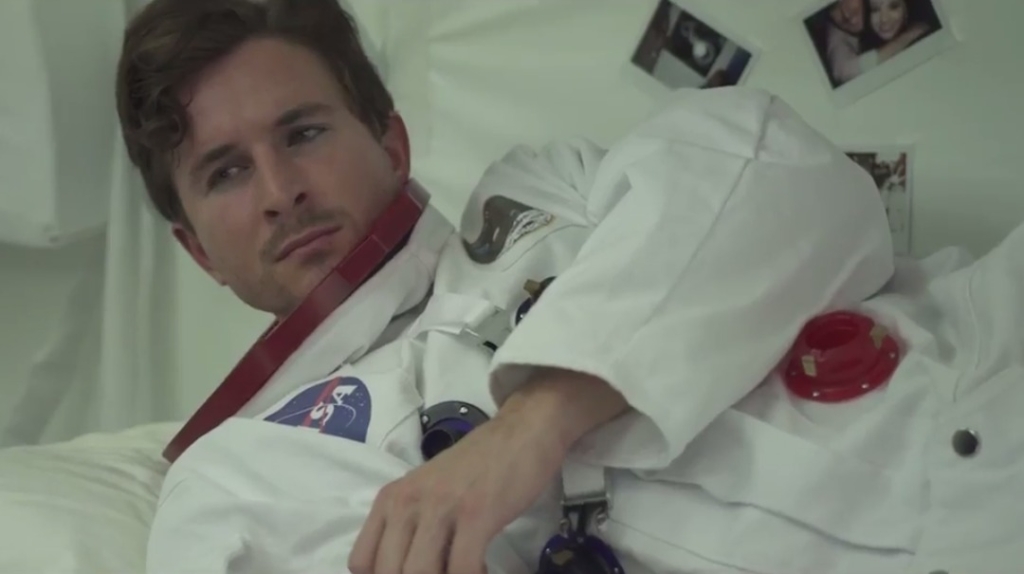 You recently finished a short film called “The Boundary” about an astronaut who travels to the edge of the universe. The film also features a cameo from the great Neil deGrasse Tyson. What was it like playing an astronaut and working with Tyson?

The Boundary was such an exciting script and when I read it the first time, I knew it was the type of character I wanted to play and the type of story that would be interesting to so many people. Who doesn’t love space? And at the same time, who doesn’t want to know more about the mysteries of the universe? This is where Neil comes in. A man with such devotion and passion for the cosmos.  It leaks through his words just how excited he is about the vast world of knowledge that exists out there—that we don’t even know about yet.

I read the director of “The Boundary” was only 15, as well as a significant portion of the crew. What was it like working with such young filmmakers…and did you have any hesitations going into the film?

There were no hesitation going in…because the other actors and I didn’t know that they would be so young. We arrived on set the first day and were taken aback by the fact that there seemed to be all these kids on set moving equipment. I was like, “Hey, do you guys know where the director is? Are your parents around?” It didn’t take 5 minutes to learn that age didn’t matter to this team. They were there to make a great film, and they knew how to do it.

You also completed a film called “Three Days in August” (coming soon to Netflix), a drama about adoption. You co-star with an incredible cast of veteran actors, including the amazing Meg Foster. What was it like working with such a seasoned and talented cast?

Three Days in August was one of those projects where you just hope you can ever replicate the experience and the communion you had on set. Every actor in the ensemble brought so many years of experience. Barry (Bostwick) and Mariette (Hartley) had wagons full of little nuggets, if you will, that apply to any actor— especially a young, up-and-coming actor like myself. Meg is a sweetheart. I’ll tell her you said hello!

Another film coming out soon that sounds really incredible is “Solar Eclipse: The Depth of Darkness.” In this one, you play John Wilkes Booth and got to travel to India to shoot. What was that experience like?

Yes, well, it was actually Sri Lanka, a little island South of India, in the city of Colombo. John Wilkes Booth has become such a sort of romantic revolutionist in a way, despite the fact that his views were radical and perverted to the naked eye.  His story and how he came to be in the place he was when he assassinated Lincoln is remarkable to hear. I enjoyed getting the opportunity to be his man and work next to the very talented and famed actor, Stephen Lang, from Avatar and Don’t Breathe.

Colton Tapp won a “Best Actor” award for a horror film called “Something’s Here.” He was also in a holiday horror called “Pi Day Die Day” with Ari Lehman from “Friday the 13th”. Additionally, he recently wrote, starred in, and produced a short horror comedy film called “2% Evil” that won Best Short at Horror Hound 2017. We talk to him about his love of horror and his filmmaking debut…

First, is horror something you have a passion for? I know you are a versatile actor who has found successful in multiple genres. Do you have plans or ambitions to do more work in the horror genre?

Horror is the reason I grew to love film. I couldn’t take my eyes away from horror movies and even horror books when I was growing up. It never really went away. I just also developed a love for other genres. But yes, I am planning on working on another horror project very soon. More to come!

What is it about horror you love? Do you remember the first film that made you fall in love with the genre?

Oddly enough, I think it was probably Friday the 13th, the franchise that my mentor, Lar (Park Lincoln), starred in. I must have been 7 or 8 when I saw it the first time.

Tell me about the inspiration for “2% Evil”, the horror short you wrote, produced and starred in. I loved this one. It was such a unique and fun concept, and it was really well executed.

I was on a date, and we were walking this trail kind of near a wooded area. As we’re walking, we turn and see one cow randomly right in the middle of these trees, and it’s staring at us. It’s not grazing grass or just…being a cow. No, it’s staring at us, by itself.  I didn’t know how, at that moment, but I knew that there was more to this cow than met the eye, and I need to fantasize about what that was.

What was it like working behind the camera, and what made you want to make that transition from actor to filmmaker?

When I initially worked behind the camera in High School, I was also in front of the camera as a newsperson on our morning news program—so I was getting a taste of both worlds. At first, I thought I would prefer to do the technical/producing side of it, which I still love to do, but the performing side ended up grabbing me quicker.

Do you have plans to do more writing and producing?

Yes, since 2% EVIL, I’ve been busy writing and preparing for upcoming projects of my own that will manifest between projects that I am hired on to.

If you could work with any director, who would it be?

I have to say, James Wan, because it’s James Wan…and horror wouldn’t be where it is now without him.

Besides the projects we’ve talked about, is there anything else you’re working on that you’d like to share with our readers?

There is an exciting project coming up, but I’ll have to fill you in on some details the next time we sit down to chat. 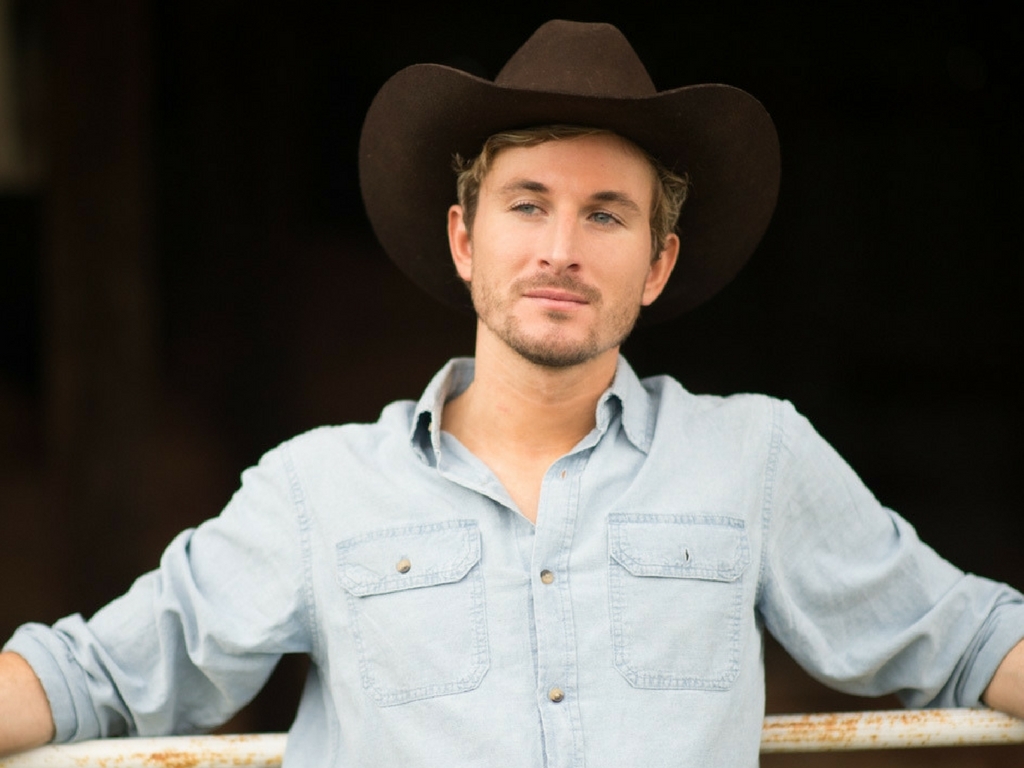 Colton Tapp is definitely an up-and-coming actor, filmmaker, and genre talent you’ll want to keep your eyes on. Stay tuned to this site for more from this rising talent, and keep up with Colton via his website at coltontapp.com.