Courtney Gains is best known it seems, for his role as Malachai in the 1984 horror classic Stephen King’s Children of the Corn. One person shouldn’t be known for just a single moment in time, so I was excited to meet and talk to Courtney at the H.P. Lovecraft Film Festival in Portland recently, and found out so much more about the busy actor! 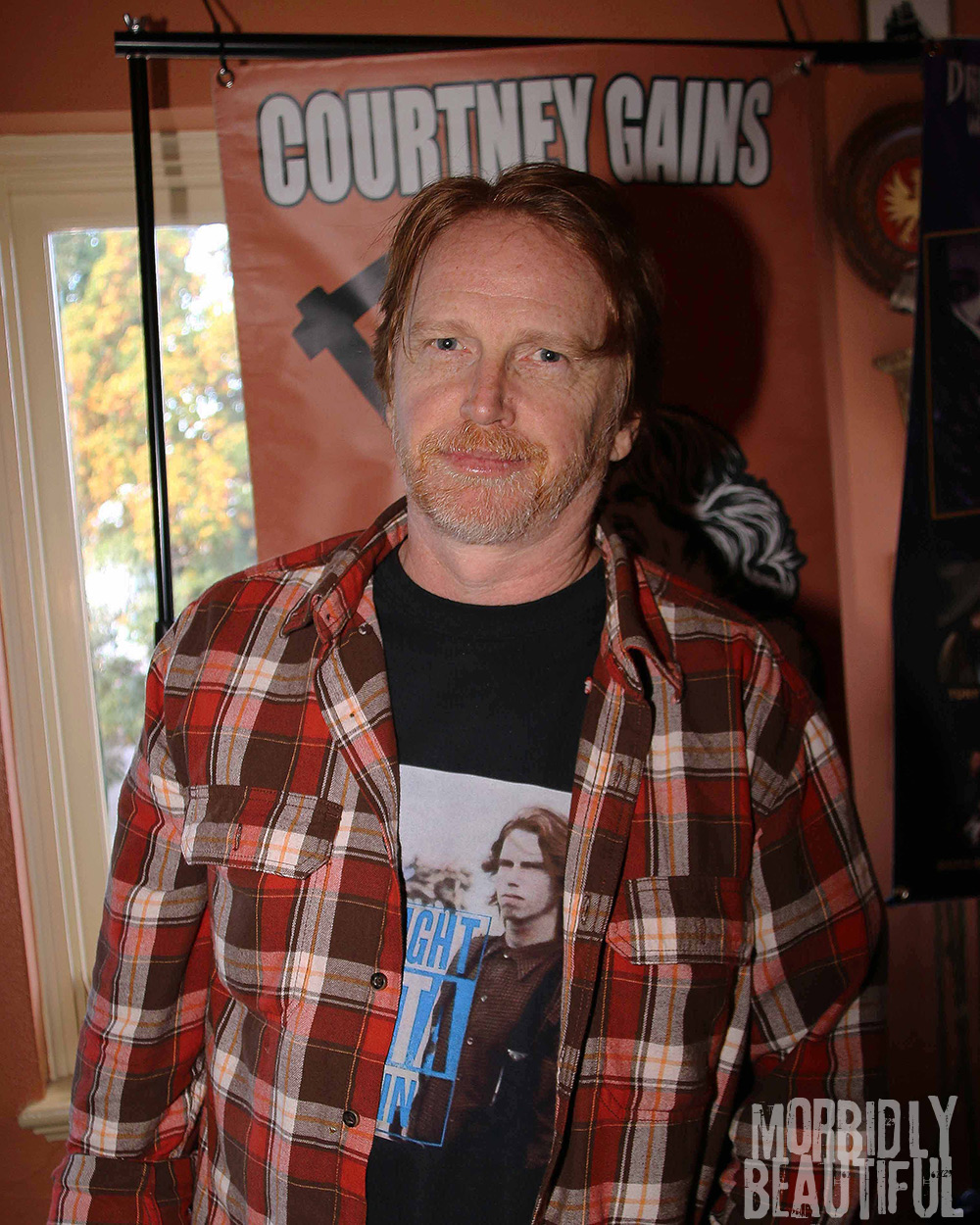 Los Angeles Zombie Girl: Thank you Courtney! I guess I’ll just start from the beginning. How did you get into acting in the first place?

Courtney Gains: “So, the first play I ever did was at like 10 years old, Snow White and the Seven Dwarves, and I started out a dwarf and ended up playing the prince. When I went out there and kissed her, the crowd applauded and I was hooked, you know? Hit the boards running and I was hooked. According to my father, though, I stated it at 6 years old. Somebody said, ‘Oh are you gonna be a fireman when you grow up?’ And he said I looked him in the eye and said ‘No, I’m gonna be an actor.’ Not ‘I want to be an actor’, but ‘I’m gonna be’. And he said it really stuck with him and he always thought he would do whatever he could do to make that happen.

So, I consciously remember being hooked by 10, and I kept bugging my mom to do it and finally she took me to a workshop. Coming out of the second class this guy stopped me on the street, his name was Virgil Frye and he was a working actor at the shop I was at, and he just started talking to my mom, saying ‘I like your son’s look, is he an actor, is he studying anywhere?’ After that, I saw his son in a commercial, and in the original Fun with Dick and Jane and he was in all these other movies, so I thought, this guy must know what he’s doing, you know, because his son is working. So, I started studying with him. Long story short, I studied with him for 10 years and he became my manager and really was the one who broke me into the business.” 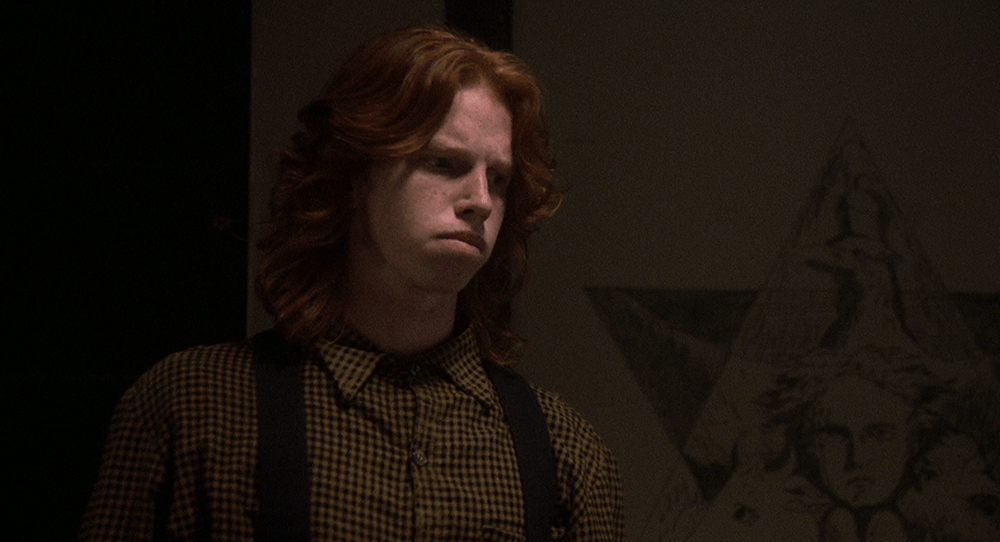 LAZG: Was Children of the Corn your first movie, and how did you get it and what did you do to prepare for the character of Malachai?

CG: “Yeah, it was. Linda Francis was the main casting director, and she was probably the first person who believed in me as far as in casting, and she brought me into it. I had been studying for 5 years in professional workshops, and I felt like I was ready to go, so I went in there with a bit of a chip on my shoulder. I felt like I had something to prove, and I was gonna prove it.

But the real story is the reader, who was also our dialect coach, was Jeff Goldberg, who went on to be a big casting director in Wings, and Cheers. Well, I had one of those fake knives where you can look like you’re stabbing yourself, and I pulled it on him, put it under his throat, and he about wet himself. But I think that’s what sealed the deal! He goes on to tell the story at many lectures to never do that to somebody, but I was too young to know better, and too desperate to care. So that’s how I got the job. 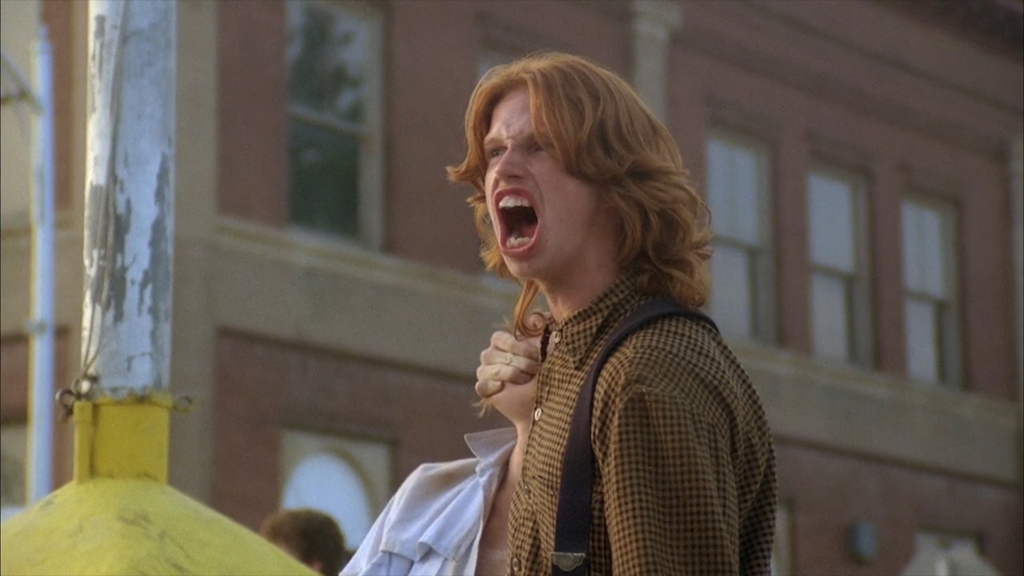 As far as doing the job, I had been studying two, three times a week, I was serious about what I was doing, and I needed to prove to myself that I belonged, that I could do it. That’s what was really at stake for me. I can’t remember all the details, it was 33 years ago, but what I do remember is this: As I mentally and physically prepared (don’t do this yourself, it’s a bad acting thing to do), but when I felt I had myself in the mental state I would go and run in the bathroom and look in the mirror.”

“What I was looking for was a glare from within. When I finally, looked into that mirror and saw a glare that was real, I knew I had done enough work, if that makes sense. I’m a method actor. I was trained in all the methods to be honest, but with Virgil I did very deep emotional work, psychodrama, psychotherapy stuff. So it was coming from within. But I wanted to make sure I could see it.” 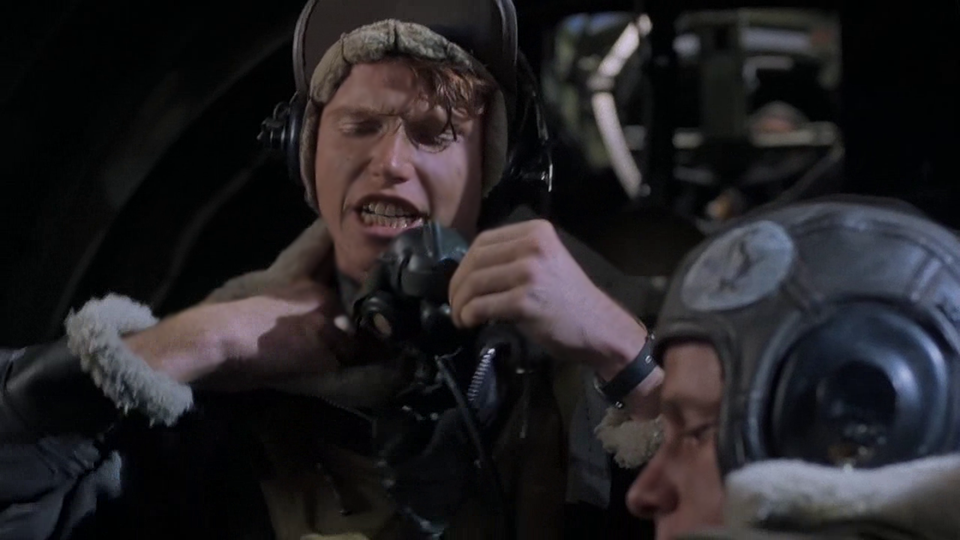 LAZG: You’ve been doing this for a long time. Do you have a favorite film from the past?

CG: “Yeah, that’s always a tough question, I always say it’s like trying to pick your favorite child or something. It’s not even, was the film great or not, it’s the experience you had, or that particular character you identified with. I usually end up going to Memphis Belle, and it’s because the quality level of everything was so high and we got to shoot in the UK for 3 months. It was, the movie to get that year as a teen actor. The cinematographer, the production designer, the editor, and the producer had all won Oscars, shooting at Pinewood Studios… it was just everything an actor could dream of. You sort of, at that point thought you arrived, and as many of us have said when we’ve run into each other over our lives, we’ve been chasing that movie ever since!”

LAZG: You have a wonderful horror short, Goodnight Gracie, out in festivals now. Can you tell me more about that?

CG: “I was contacted by this young filmmaker named Stellen Kendrick, who is a fan of mine, and he had this little four minute short he wanted to do, called Goodnight Gracie. I had one line, and I was the villain, with a little girl. We had a very interesting conversation about good and evil and how he’d grown up really hardcore Christian and was no longer that. He took 2 days to shoot a 4 minute