While extremely weird and mostly nonsensical, the French exploitation export “Devil Story” is an absolute blast and well worth the watch. 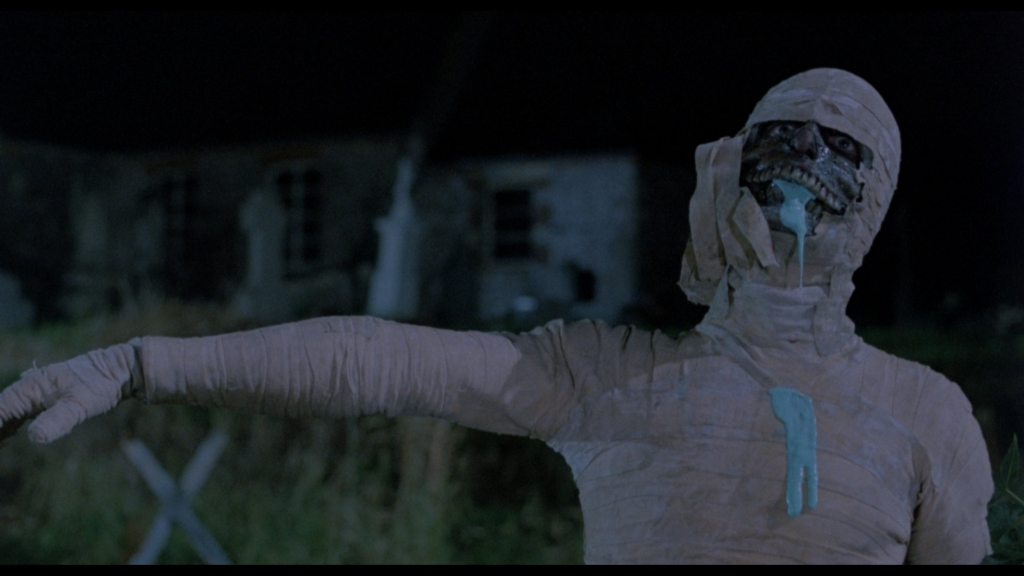 If you are going to call yourself a cinephile, or even say that you really like movies, then eventually you are going to have to explore the films of France. The French New Wave that began in the 1950s is an absolute must as it still is an influence today.

French cinema has more to offer than Jean-Luc Godard and Shoot the Piano Player, however.

At the beginning of the 21st century, the New French Extremity attacked cinema — and the horror genre in particular — with the force of a blunt blow to the head. Viscerally powerful movies like High Tension and Martyrs took body horror and exploitation to unexplored places that left audiences and censors speechless.

And then there is Devil Story.

An exploitation flick that lacks the experimental flair to be art house, or the budget to be mainstream, this French horror movie can best be described as a WTF movie. 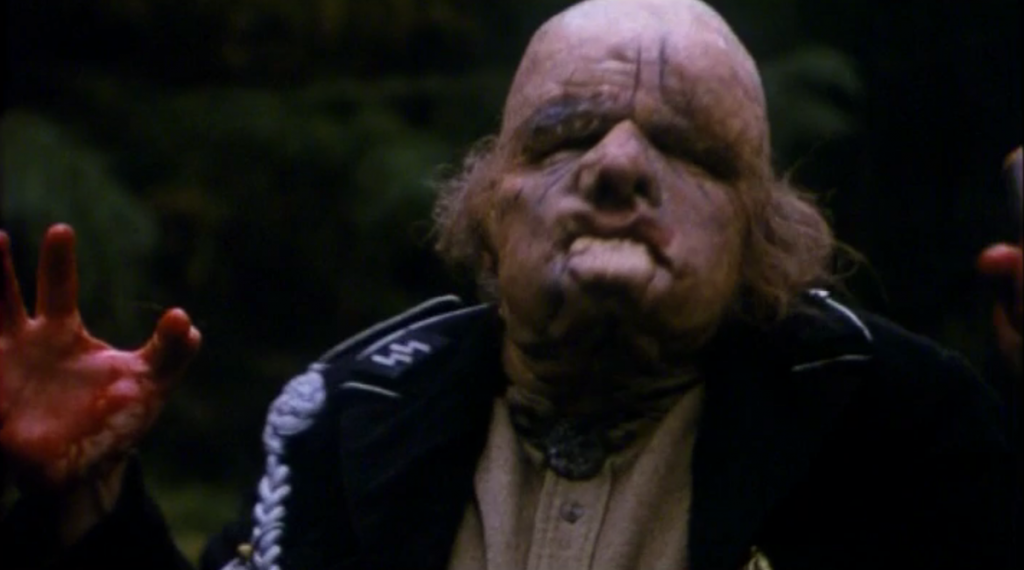 When you have a deformed killer dressed in a Nazi SS jacket, a horse that seems to be possessed, an evil murderous cat, and a mummy, things can get a little confusing.

Did I mention there is a twist ending?

Devil Story is about a couple that is lost in the middle of nowhere. They come across a castle that seems to be in a different part of the world. The elderly couple they meet is happy to take them in for the night. Before the sun rises again, the wife is forced to confront the evils of the area.

It is hard to get a grasp of where things are happening. Their car has Florida license plates and they are near the beach, but there is also a forest and wide-open fields filled with lush grass. There is also a HUGE castle straight out of Transylvania and a cottage that would fit in medieval England.

Not being able to place where the movie is set does not hinder Devil Story since having a coherent plot does not seem to be much of a concern anyway. It is all pretty simple. The wife runs around in her nightie screaming (there is little dialogue in the film), and the old man stands in a field shooting at the possessed horse.

How the film manages to drag out ten minutes’ worth of material into a little over an hour is fairly impressive. 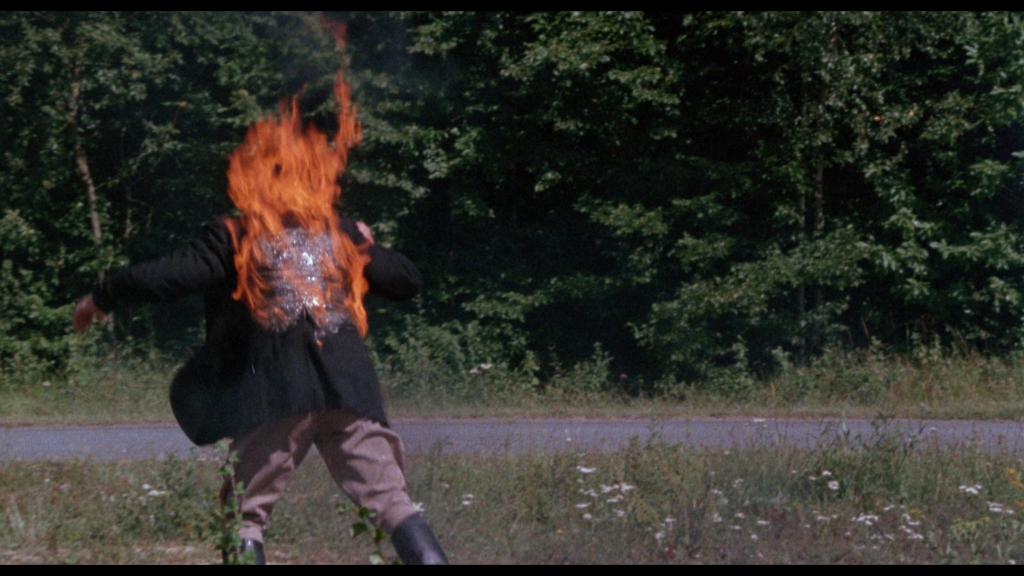 The scenes involving the elderly man trying to kill the horse tend to drag (this is shown multiple times and it is literally just a guy shooting at a running horse), as do the minutes-long scene of the killer coughing up blood.

But therein lies the unintentional genius of Devil Story.

Each scene ends up being laugh-out-loud funny. At first, they are good for a chuckle, then they become too long and annoying, before circling back around to making you laugh again — but this time, much harder. Even the fact there was only one horse sound effect and the creators were hell-bent to get as most use out of it as possible ends up being hilarious.

The nonsensical story comes together in the end.

The deformed killer is the embodiment of evil, and the mummy is the victim of a shipwreck. The elderly couple seems to want to trap unsuspecting travelers. (There is no explanation regarding the cat, horse, or vampire-like lady.) There is also the possibility that is all a time loop.

Maybe it does not come together, after all.

Either way, Devil Story is a hell of a lot of fun. There is an awesome man versus horse fight, a scene that sees the ground open up and swallow someone, and a person that is visibly covered in fire retardant gel. Leave it to the French to deliver this exploitation classic.