While the plot may suffer from the film’s focus on shocks, “Autopsy” is an unusual take on giallo films that has earned its cult reputation. 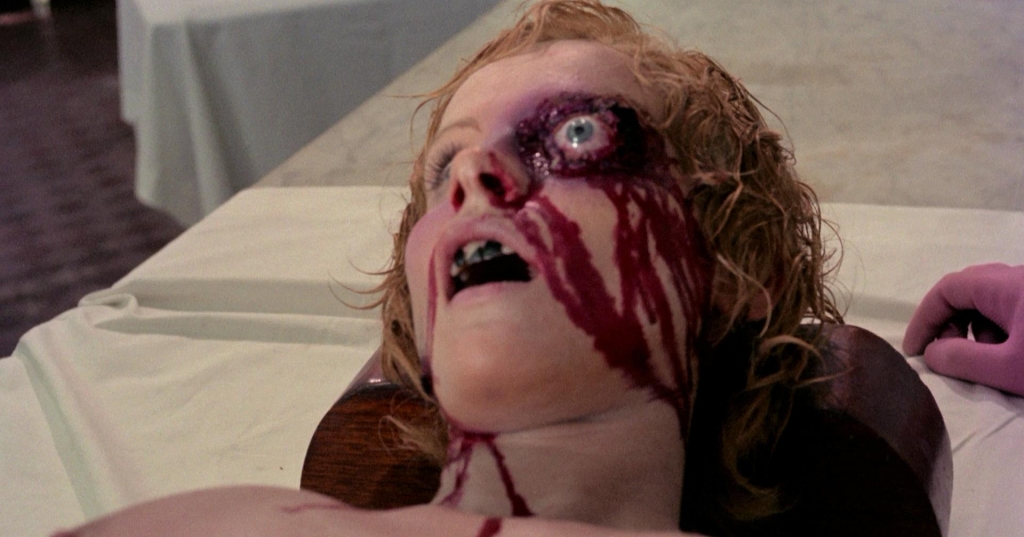 Autopsy is a giallo from 1975 that stands out from other films in the genre. After a rash of suicides breaks out in Rome, Doctor Sana (Mimsy Farmer) finds herself at the center of one such death. While those investigating think it is just another suicide, there are clues it may have been something much worse.

Most films in this genre tend to lean towards thrillers, but Autopsy has its feet firmly planted in horror.

It is very gory at times and is more about building scares than suspense. This makes it scarier than other giallo, but it often comes at the detriment of the actual mystery. The mystery is always in the background, but there are times it becomes little more than an afterthought.

(Sidenote: Autopsy also has something that is rarely seen in cinema: an epileptic character. The moment is not played for laughs, and the character is not pitied. Ultimately, it adds nothing to the story, but as someone who has epilepsy, it stands out.)

The story itself tends to get in its own way. 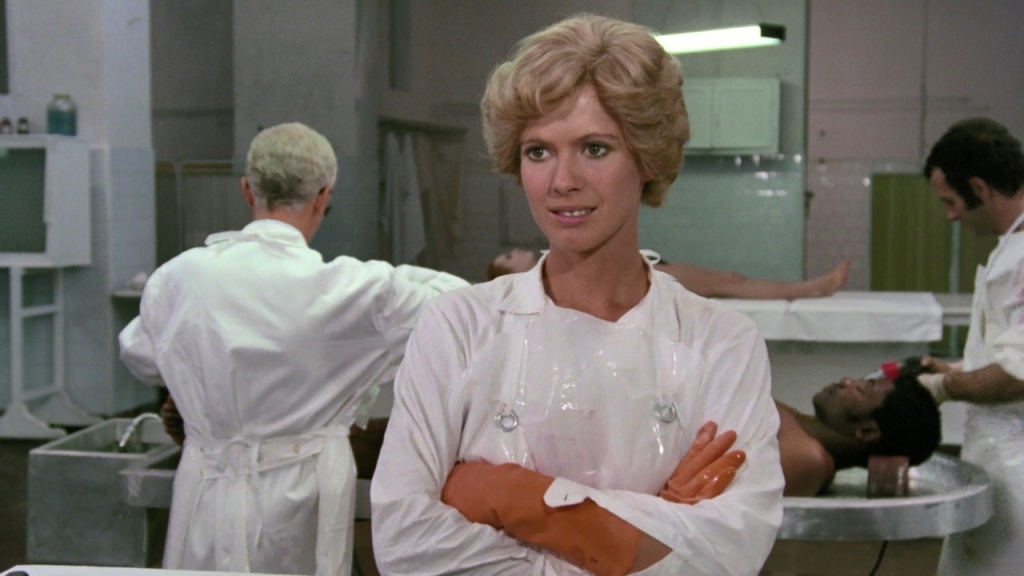 Revelations that make no sense are indiscriminately packed between nude scenes. This is especially disappointing since the plot constantly flirts with being interesting.

An opening montage filled with brutal murders and suicides is attention-grabbing. (The fact that one man is able to kill himself with a machine gun is nothing short of amazing.)

There is a subplot involving solar flares that is never explored and the “is it real?” angle is quickly discarded.

Though it is never given the proper amount of attention, Autopsy also hints that Dr. Sana may be overworked and paranoid. There are lots of great directions the film can end up going in.

Along with the constant teases of a seminal giallo are some great scenes from the morgue Dr. Sana works at, which have made the film a cult classic. 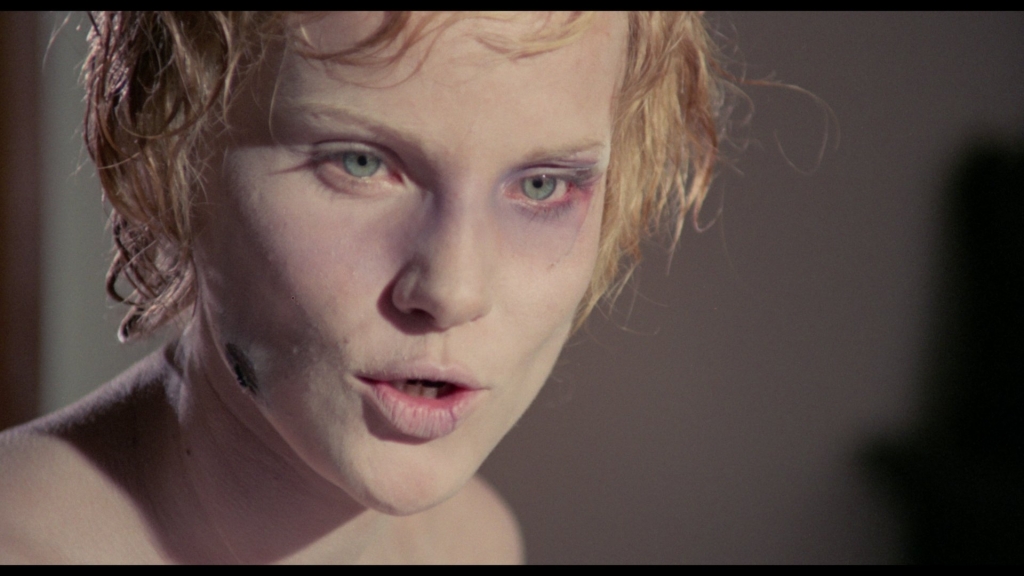 These scenes are some of the most gruesome moments of Autopsy.

They are grotesque and add to the movie’s disoriented atmosphere. It is in these moments that the idea Dr. Sana may be imagining things is initially and most effectively seen.

Regrettably, Autopsy never is can live up to its promise. The final twist comes out of nowhere, yet it is more of a WTF moment than, “Wow! I didn’t see that coming!” It does not seem that it was meant to surprise the audience as it is a quick (and clumsy) transition to an admittedly great finale.

Regrettably, the movie is a series of missed opportunities. Yet, it’s worth watching for just how strange it is and how much it plays with traditional giallo themes to create something unique.

You can watch Autopsy (Italian title: Macchie solari) for free on Tubi or Pluto TV.