Short on a story, but with some practical gore, this DIY film from a skin flick director ditches dialogue for ominous tones and folk music.

A carnival becomes a hotbed of murder. Let’s dig into 1970’s CARNIVAL OF BLOOD, directed by Leonard Kirtman!

Not to be confused with 1973’s Malatesta’s Carnival of Blood, which may or may not be named in honor of the turn of the century Italian revolutionary and brilliant mind Errico Malatesta, this carny romp sounds completely overdubbed, which left a lot of room to fill with wild sound design.

Cackling, scales on some unidentifiable percussion instrument, and lots of folk music take the place of sparse dialogue.

The ending is the most cohesive story element, and we finally get to see that 3M blood well lit, but boy is the makeup dreadful. Like a melting candle.

There isn’t much to chew on in structure or pacing either. It’s slow and plays like a chaotic, broken metronome.

It is the perfect film for a twenty-seat, seedy, filthy, lower east side theater house. The type you leave and feel like you need to go get tested for venereal disease.

Schlock. Camp. DIY. Cheese. This film is all of that. 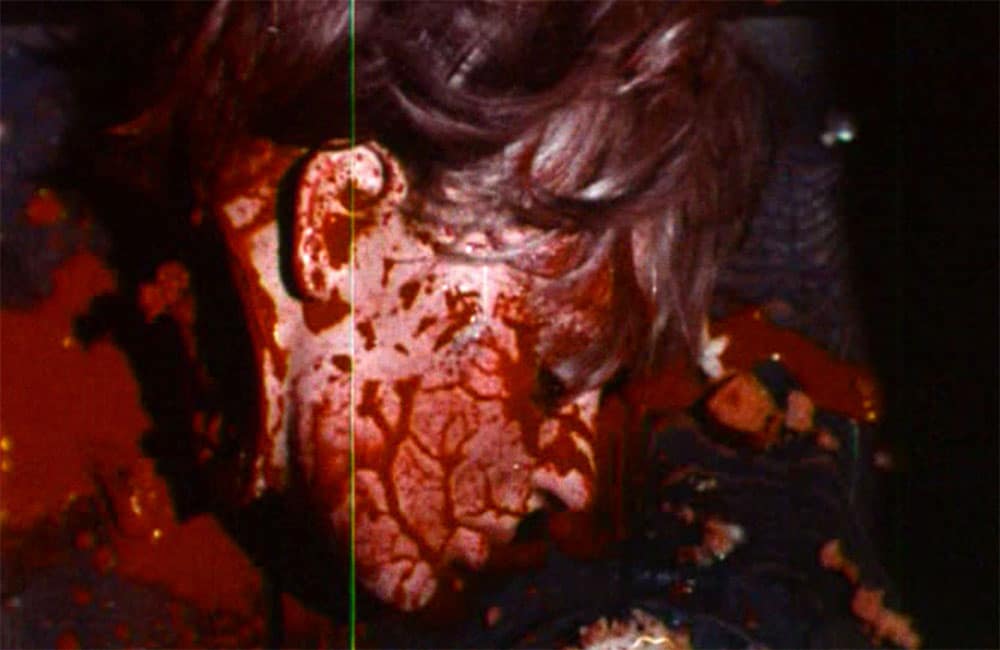 I’m a man without love today. There were no characters to invest in, and the sound design was as discombobulating as a hammer to the head.

With all the “haunt” horrors recently, including Haunt, Hell Fest, Hell House LLC, etc. I think we’ve received enough of this genre to satiate for the time being. None of it has hit the magic note, but each film has done a decent job in its own respect.

This was released as part of their Blood-O-Rama Triple Frightmare, along with Help Me… I’m Possessed and Night of the Strangler by Vinegar Syndrome in conjunction with AGFA. You can stream it on Tubi, The Roku Channel, and Cultpix.