Inspired by true events, the Blumhouse-produced horror film “Hurt” is not all what you’re expecting — paying off in unexpected ways for a patient viewer. 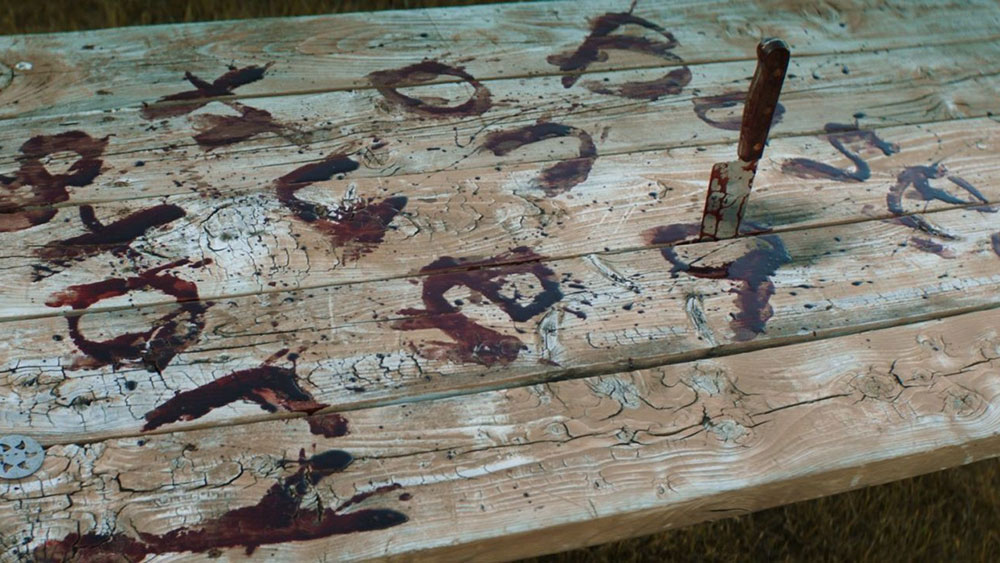 I went into the Fantasia Fest screening of Hurt blind for the most part, knowing almost nothing at all about it and never seeing any movie stills or posters. I’m not even sure I heard a peep about it from anyone, and usually I’m lucky enough to be barraged with recommendations and discussions concerning indie film.  All I had to go off of was a close up image of someone wearing a minimalistic mask, with a red rose painted on the side. It was creepy to say the least and enough for me to say, “Why the Hell not?”

The film’s description of “taking on the trauma of modern American Life” can be broadly interpreted, which may aid in catching the eyes of many different types of audiences, including those who support all the other Blumhouse ventures.

Director and co writer Sonny Mallhi has been attached to some awesome projects in the past, such as the remake of Oldboy, The Roommate and At The Devil’s Door. Hurt brings a writing collaboration between himself and Solomon Gray that demonstrates a disciplined and distinct style of conveying a slow burning story.

As Hurt begins, my dark heart begins to swoon a bit — witnessing a typical day near the river on a hot, Texas afternoon. Swimming, BBQ, making homemade pipes out of Big Red cans to smoke next to the water and catch some rays. But all of this abruptly shifts to a young boy and the voice over of some ominous sounding ‘family business’. The age old slasher trope of teens in the woods then presents itself, as I lay in wait for the first kill like a bloodthirsty cat of the jungle.

Just when momentum begins to pick up in the film, it decisively switches gears and enjoyably throws me off a bit. What we saw thus far was a movie within the movie. Two kids are taking a break from Trick r Treating on Halloween as they watch the horror flick on their phone, before it loses the connection and the boy and girl begrudgingly decide to split up.

One of the best scenes in the entire movie then happens when the little girl encounters Rose (Emily Van Raay) sitting on the porch with that weird mask on. The exchange between them is strange, tense and perhaps reveals a bit of who Rose is on the inside. 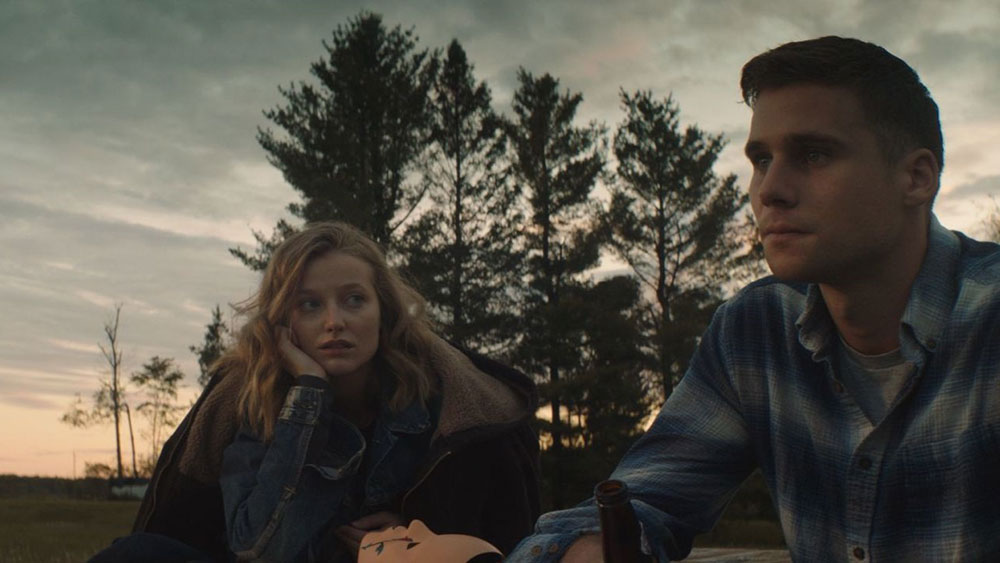 Soon we are introduced to her man in the military, Tommy (Andrew Creer), who clearly is having difficulty adjusting being back home. He is distant, distracted, and seemingly desperate to be able to leave behind the real-life horrors of combat. At one point, Rose playfully hits him and Tommy’s immediate facial response looks like that of pure rage.

In an attempt to reconnect with his wife, Tommy decides that the two should head into town for the haunted hayride, just like they used to in high school. An intimacy is shared between the couple but ultimately is unsuccessful. The festivities seem to have Tommy in sensory overload, proving  that what he has seen while serving our country abroad has seriously haunted him.

“You have no fucking idea what real is! No idea!” he screams to Rose. “Death. That’s what’s real.”

The failed attempt at a date night  separates the young couple and gives rise to some nefarious workings, which I was waiting for the entire film. Hurt did a wonderful job earning an elevated sense of tension throughout, but it dramatically picks up in the final act. The rest of Rose’s evening is a nightmare.

There are long moments of minimal dialogue in Hurt, where you just hear the country. Crickets and swaying breezes are heard more than screams and blood splatter in Mallhi’s movie. It’s a ‘subtle slasher’ with heart, and notable cinematography.

I just know it won’t be the bloody and bold cup of tea many will expect from the teaser trailer that premiered a short while ago. Hurt is a film you must invest your time in to reap the reward of it. It’s a different kind of horror, taking its time to establish a real sense of dread while throwing in some pangs of paranoia along the way.

It’s disturbing in a sense, like the tension of The Strangers, where you really never know what the fuck will happen and where. And the film does  a brilliant job tapping into this large collective fear many of us share.

It’s a solid film worthy of your time and attention….just make sure you’re prepared to give it the attention it deserves.