Nerd Block is a monthly geektastic subscription box specifically featuring 4-6 collectibles and an exclusive shirt each month. Boxes are $19.95, plus shipping. This isn’t really the box for those who just love horror, for that you’ll want to subscribe to the company’s special Horror Block. But, if you also happen to be a geek or gamer and enjoy comics, sci-fi and fantasy/adventure, this is one you may enjoy. So WHAT’S IN THE BOX this month?

“In honour of the most anticipated Comic Book Movie finally in theatres in February, our theme for the February Classic Block is DEADPOOL AT HOME!”

Worth the price of admission, the folks at Nerd Block delivered on their promise to give us a sweet Deadpool exclusive in the form of this seriously cute Merc with a Mouth plush. 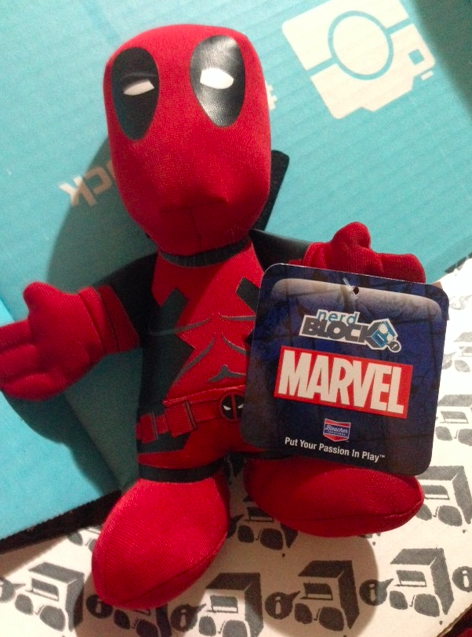 And, since one can never have enough Deadpool (that’s just science), we also got this super sexy shirt, which embraces the darker side of everyone’s favorite mercenary. 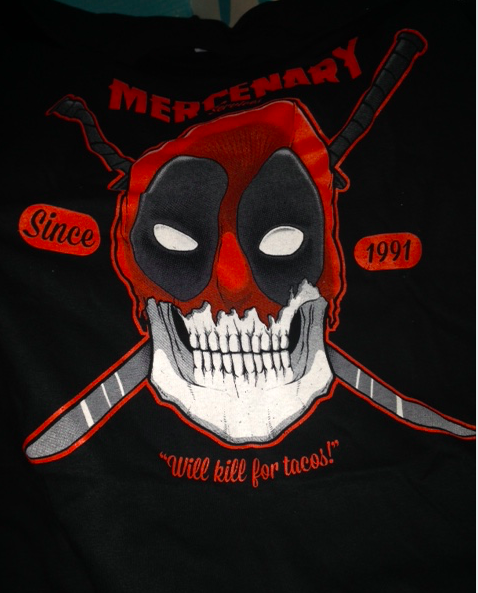 Now that the comic lovers are in nerd heaven, it’s time to give those gamer geeks some love. This month, we get an appearance from the Mushroom Kingdom with an adorable Super Mario Bros wine stopper, as well as an insanely awesome oven glove that pays homage to the old school NES Power Glove. 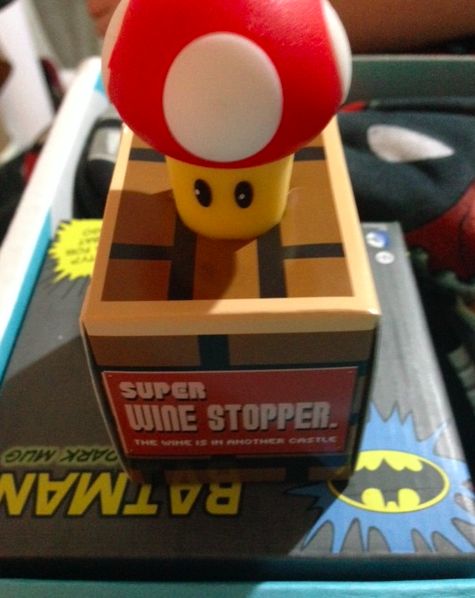 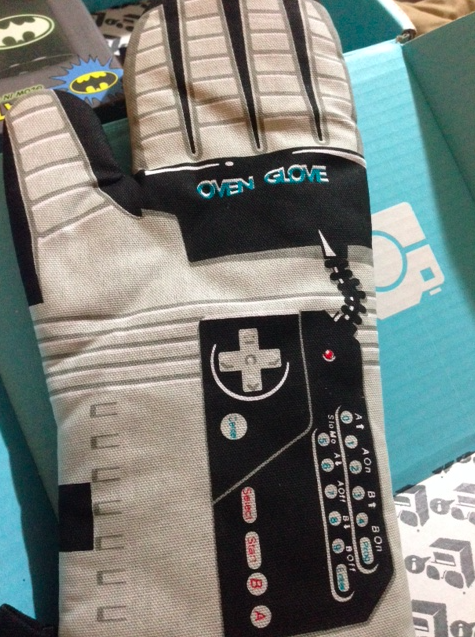 Finally, because the people at Nerd Block are an equal opportunity geeks, there’s not just love for the Marvel fans this month. DC devotees get a little something as well, with this amazing glow-in-the-dark Batman mug. 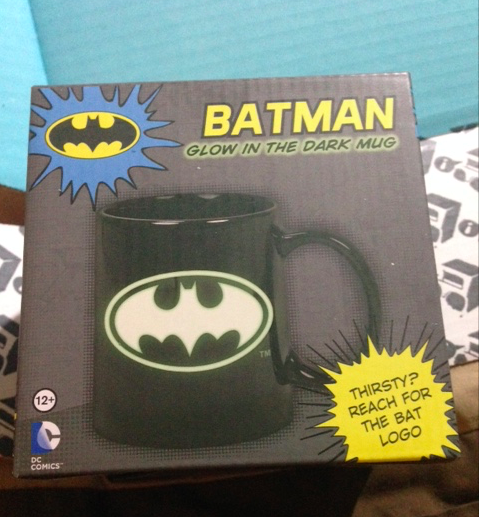 Each box also contains a tease for next month. As you might expect given the timing, we can look forward to an item from the upcoming Batman vs Superman movie, as well as something from Game of Thrones (premiering in April). We can also expect a surprise from The Karate Kid.