I just received my January Horror Block (it’s the January box, but it doesn’t ship until the end of the month…arriving early the next month). I really liked this month’s box o’ horror goodness and thought this was the perfect time to start sharing my unboxing fun with all of you. So, without further adieu, let’s find out WHAT’S IN THE BOX?! 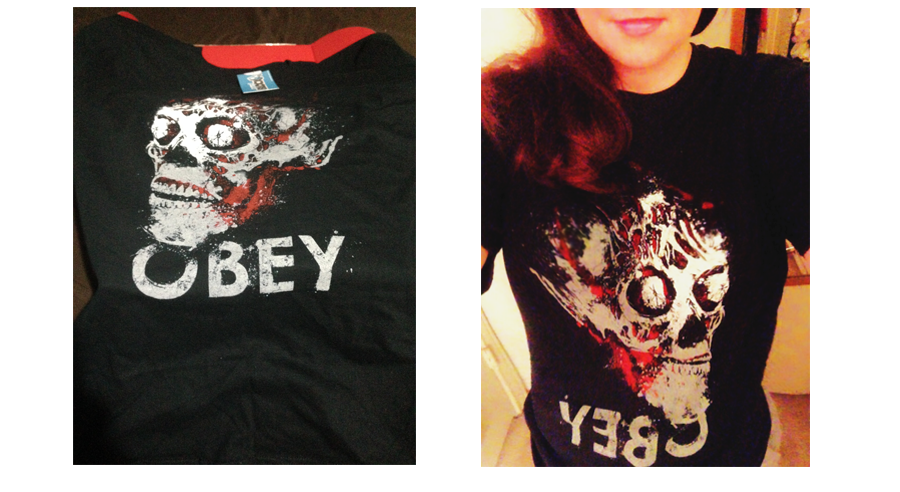 You also get some type of collectible toy in each box — ranging from Funko POPs and ReAction figures to Living Dead Dolls and horror plushes. This month was another exclusive (my favorite), a BABY EATS YOU ALIVE doll head. It’s seriously twisted, and I love it. 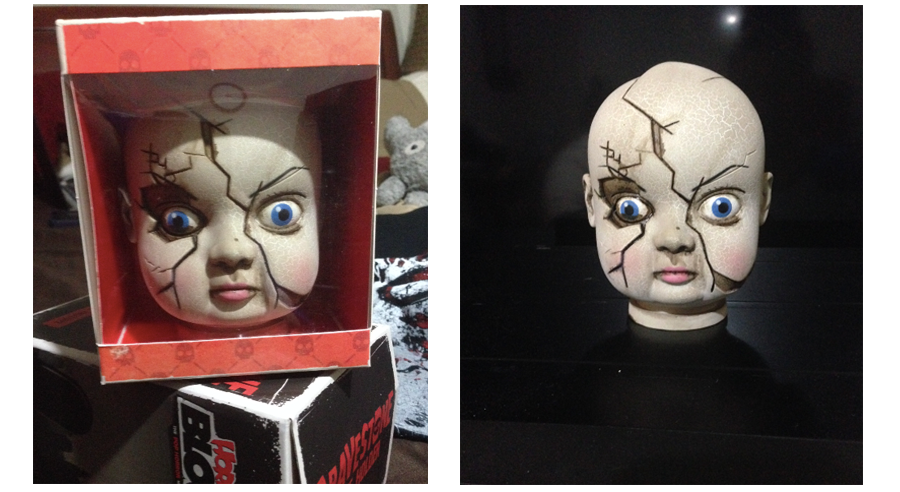 In addition to the premium toy, there are usually 3-4 other assorted goodies — typically including something functional and often some type of art piece or movie memorabilia. This month, the box included a rad silver meat cleaver keychain, a still from the movie Carrie, and a graveyard cell phone holder that will definitely help creep out my office space. 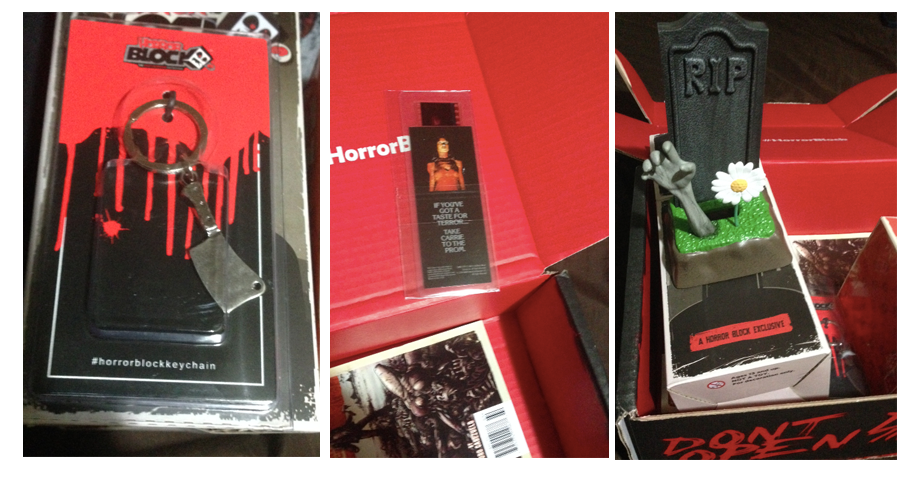 Finally, each box contains something great to read, usually a Rue Morgue Magazine. This is actually my favorite part. Some months, like this one, the magazine is upgraded to one of the awesome books from the Rue Morgue Library. This month, it’s Rue Morgue Magazine‘s BLOOD IN FOUR COLOURS: A GRAPHIC HISTORY OF HORROR COMICS. Anytime you can satiate both my inner horror nerd and comic geek at the same time, you’ve really done something special. 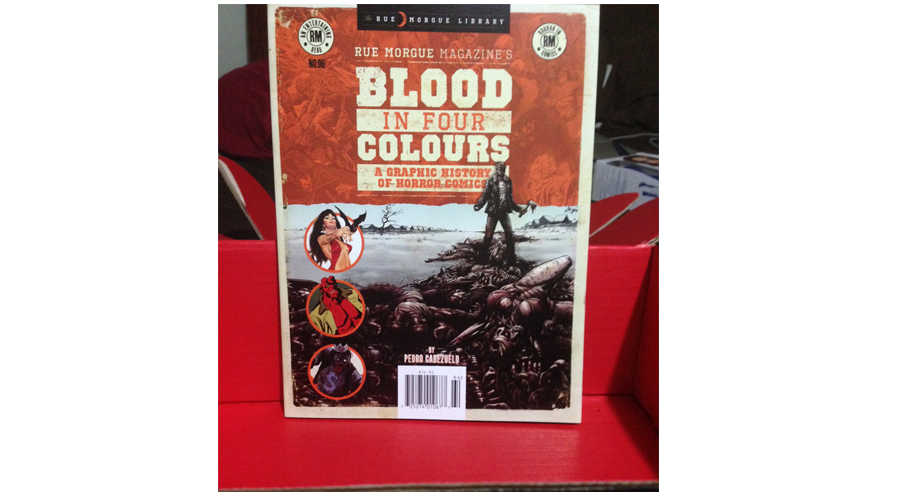 While I know Horror Block has its detractors, and admittedly some boxes are more or less bad ass than others, I remain a big fan and eagerly anticipate each month’s arrival on my doorstep. Next month’s theme is Zombies, with an exclusive item from The Walking Dead to celebrate the midseason premiere on February 14th. Happy bloody Valentine’s Day!