In honor of National Crush Day, our writers celebrate first horror crushes — 16 actors and characters who made our young horror hearts skip a beat.

Today, September 27th, is National Crush Day, which is actually not quite what it sounds like. It’s also known as National Crush a Can Day, a day created to promote the benefits of recycling. While that’s an extremely worthy cause and one we hope you’ll take seriously, we were inspired to put our own unique spin on the occasion. We thought it would be a really fun opportunity for us to celebrate a love of horror that, for many of us, has pulsated through our veins since we were very young.

For us, National Crush Day is also about paying tribute to the films, characters, and actors who first ignited an unquenchable thirst for horror and made us swoon. Sometimes we fell for the good guys (and gals). Other times, we couldn’t resist those sexy villains — the forbidden loves that became more enticing precisely because they were so taboo.

Read on to find out which horror icons and memorable movie characters made our SWEET SIXTEEN (16 writers, 16 first loves).

Gremlins left an impression on me as a child in many ways. It’s an undeniably fun and creepy movie that will surely satisfy a child’s curiosity for horror. It also happens to be one of the best Christmas films ever. (I said what I said Die Hard fans; we can take this out in the parking lot later if you’d like.) I am still unwaveringly devoted to the sweet singing mogwai Gizmo and will be until I am lowered into the ground. However, there is another major significance that Gremlins holds for me: the origins of my first horror movie crush. For young me, no other man was finer than Billy Peltzer (except for maybe the cartoon character Goofy, but that is a story for another time).

I was young and had no real concept of time or age, or that Gremlins had come out in the year of our Lord 1984. I was completely enamored with Zach Galligan’s Billy, and even as an adult, I certainly cannot blame little me. Billy is a catch. And even though Zach is the same age of my mom, he’s still a cutie and has aged like a proverbial fine wine.

Even as a child I had great taste. Maybe it was that sweet smile or those floppy dark brown curls that drew me in. I can’t really remember, but I do remember that warm and fluttery feeling that looking at him caused to reverberate through me. Looking back, I wish all crushes felt like that still — like pure light and sweetness and unadulterated admiration that was just allowed to exist in its own respectful little prism.

There was no worry of rejection, no strife, and no pain of longing. Billy was always going to be there when I watched Gremlins. That’s the sugary quality of a childhood crush; it’s redolent and airy and nothing can hurt.

Even today most young men can’t really stack up to Billy Peltzer. 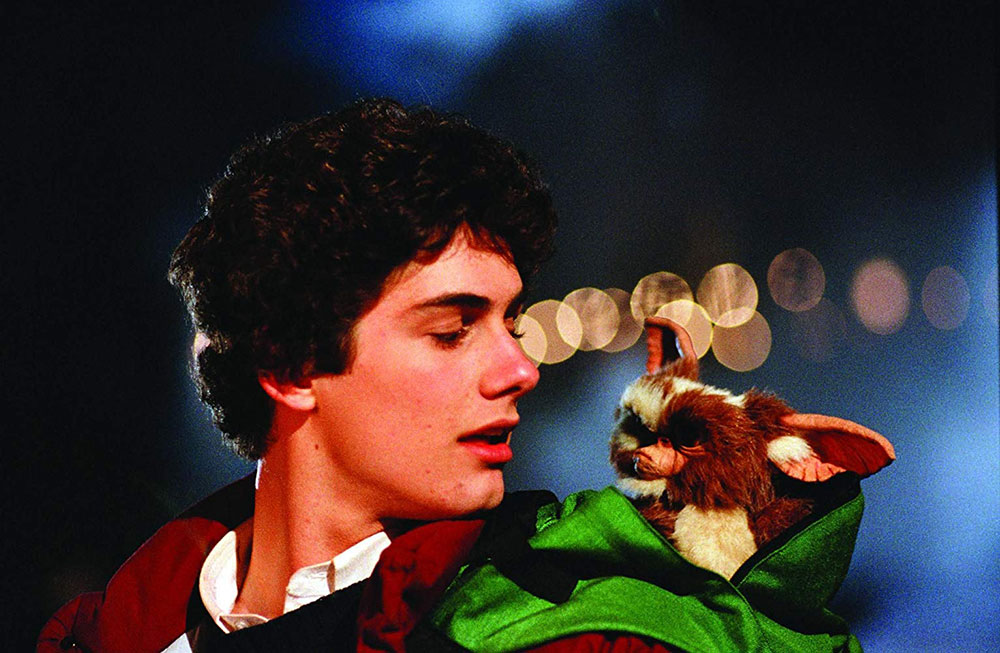 He loves his mom, he’s a good dog owner, he respects Kate, and he is fiercely protective over Gizmo. What more could you ask for?

When faced with absolute assholes like Gerald, he stood his ground and never gave into being an asshole himself. Billy should be the standard for men today. Of course, he did accidentally cause his town to be overrun by the titular gremlins, but he took responsibility for it. Accountability matters. He was also a talented and passionate artist working a boring and menial bank job in order to fund his dreams, a facet of his character that I appreciate immensely as an adult.

Have I met my real life Billy Peltzer? No, but I am optimistic that a man like that exists out there for me. Aren’t we all looking for a handsome and respectful man to pour our Christmas related traumas out to while in the presence of a cute creature?

Regardless, thanks to Billy, I’ll always have at least once crush to look fondly back on.

Stream Gremlins for free with an HBO Max subscription. 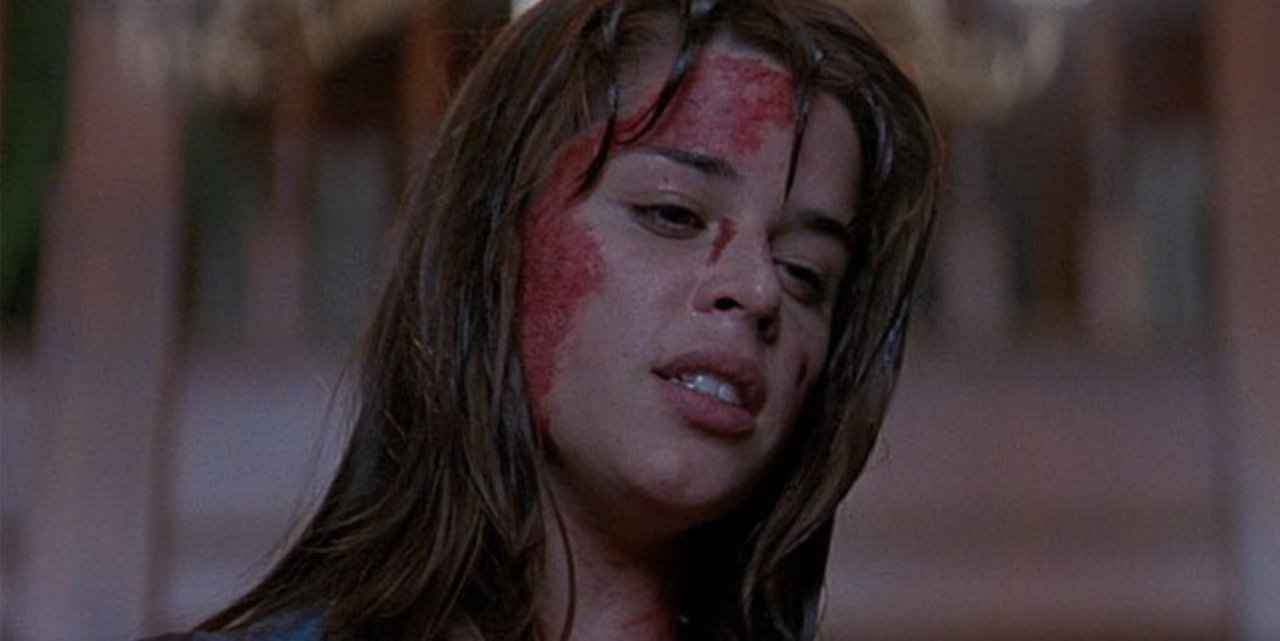 When my best friend in grade 11 came out to me and also confessed to having a crush on me, this confession sent seventeen-year-old Jessica into a tailspin. Everything I had thought about my sexuality had come into question. And when I realized that I also had been crushing on her for a long time, asking her to be my girlfriend only made sense. That is when I first identified as a queer woman.

When I look back at that time and the years preceding it, the signs were all there, I just may have been too young to fully understand it. But what I did know was I was 100% captivated by Neve Campbell. She was smart, beautiful (as a brunette), resourceful, weird, sensitive and sexy — and she was my first horror crush.

I was first introduced to Neve in the coming of age witch story The Craft (1996). I saw it at a sleepover with a bunch of friends. Like most other women in my age group, The Craft had a significant impact on me.

Not only was it a cool film about a group of teenage witches embracing their weirdness and dabbling in the occult, but I was fixated on the character of Bonnie Harper played by Neve Campbell. When we first meet Bonnie, she is shy, speaks softly, and wears a lot of baggy clothing to hide the fact that she was horribly burned in a fire. She becomes involved in witchcraft to help with her insecurities and hopefully find a magical way to cure her scars.

I identified with this version of Bonnie because she was like me, a shy girl not comfortable in her body who worked hard to cover it all up. 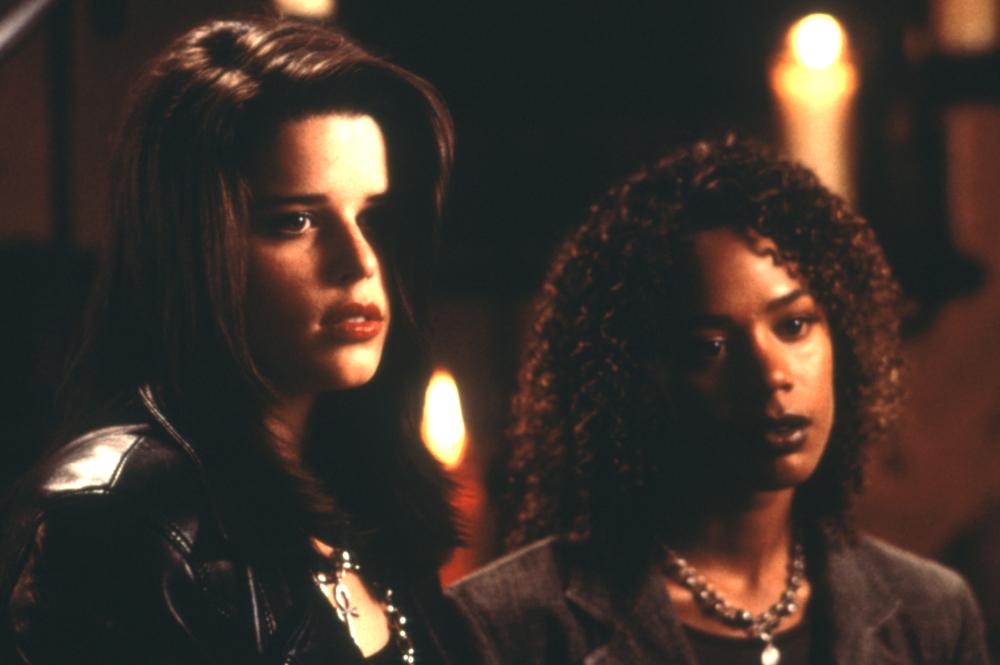 I was disappointed when the magic Sarah works to heal