Five On It: Summer Camp Carnage

One theme, five killer films. This week, we head to summer camp — beyond Arawak and Crystal Lake — to destinations a bit off the beaten bath.

In honor of the cult classic Sleepaway Camp — as well as its two ridiculously fun, criminally underrated sequels — landing on Shudder this month, here are five more genre gems that put innocent (and not so innocent) campers in mortal danger, while ensuring a bloody good time for audiences. From obscure direct-to-video treasures, to B movie classics and slasher staples, to modern day genre mashups, there’s something here for everyone. So pack your bags and hitch a ride, because we’re headed to summer camp! While Jaws may be the undisputed king of Summertime terror, the Great White killer inspired a frenzy of low budget imitators.

Produced by B movie master Roger Corman, Piranha was one of the most commercially successful of them — later becoming a cult classic. It spawned a sequel, and two remakes, in 1995 and 2010, with the 2010 remake also leading to its own sequel in 2012. Made for around a tenth of the cost of Jaws, it was directed by a young guy, Joe Dante, who had mostly just been cutting movie trailers for Corman.

Universal Studios considered obtaining an injunction to prevent Piranha being released, which hit theaters the same summer as Jaws 2. But the lawsuit was cancelled after Jaws director Steven Spielberg called it, “the best of the Jaws ripoffs”. Spielberg liked it so much, he hired Dante to come work with him on Twilight Zone: The Movie and Gremlins. 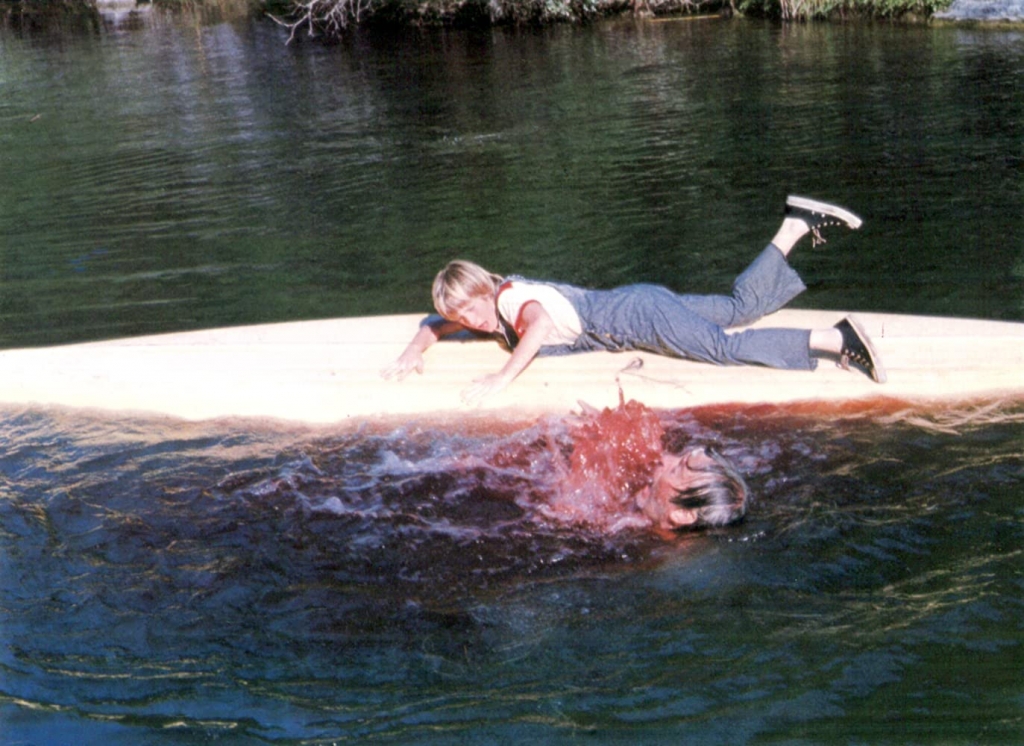 When flesh-eating, genetically altered piranhas are accidentally released into a summer resort’s rivers, the guests become their next meal. A perfect balance of comedy and horror, the John Sayles-scripted Piranha is a wickedly good time with playful sense of humor and a great satirical bite.

And it’s a film that isn’t afraid to lean hard into the nasty tendencies of its carnivorous creatures, including (spoiler alert) allowing the ferocious fish to savagely attack innocent young summer campers and, as Dante himself described, “kill enough kids for five pictures.”

Piranha may be a Jaws ripoff, but it’s a damn fine one. The film is currently available to stream for free with HBO or HBO Max. 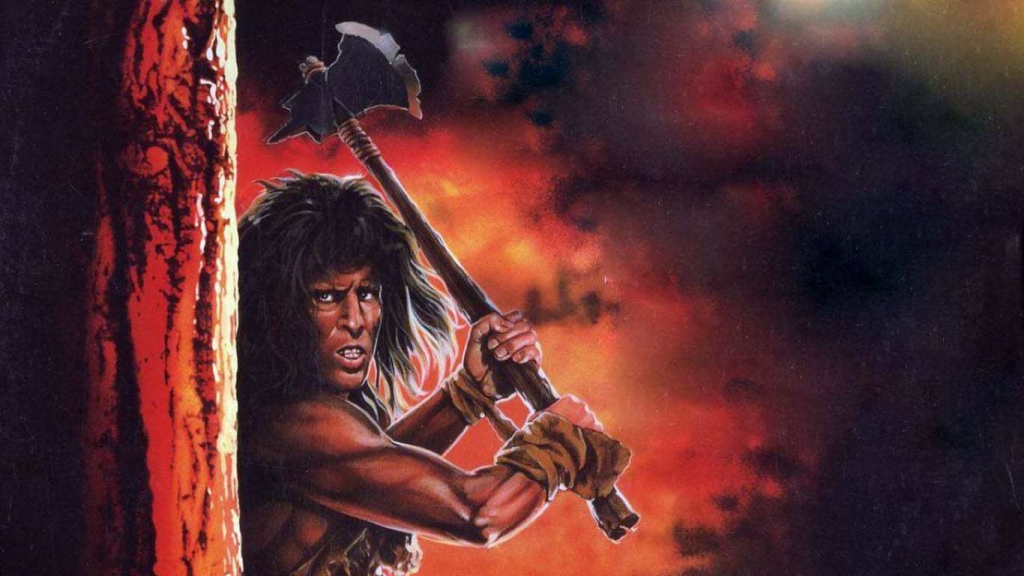 When campers settle for a weekend in a new, unfinished campground, they’re slaughtered in turn by a nutty hermit.

Memorial Valley Massacre (aka Valley of Death) was made towards the end of the early ’80s slasher heyday, and it borrows heavily from the popular tropes of the genre: holiday-themed horror, camping teens led to slaughter, and a crazed killer lurking in the woods. You’ll know what kind of movie you’re in for right from the opening credits, featuring a caravan headed to the grand opening of the new Memorial Valley campgrounds. The ripped-from-VHS picture quality is super rough, as is the awful score and the strange intercuts of wildlife, which are clearly random scenes from stock video footage.

It’s no-budget, straight-to-video schlock at its finest. And you might be tempted to give up before it even really gets started. But I urge you to stick with it — not because it necessarily gets any better, but because it’s a a wonderfully weird romp that deserves to be experienced. 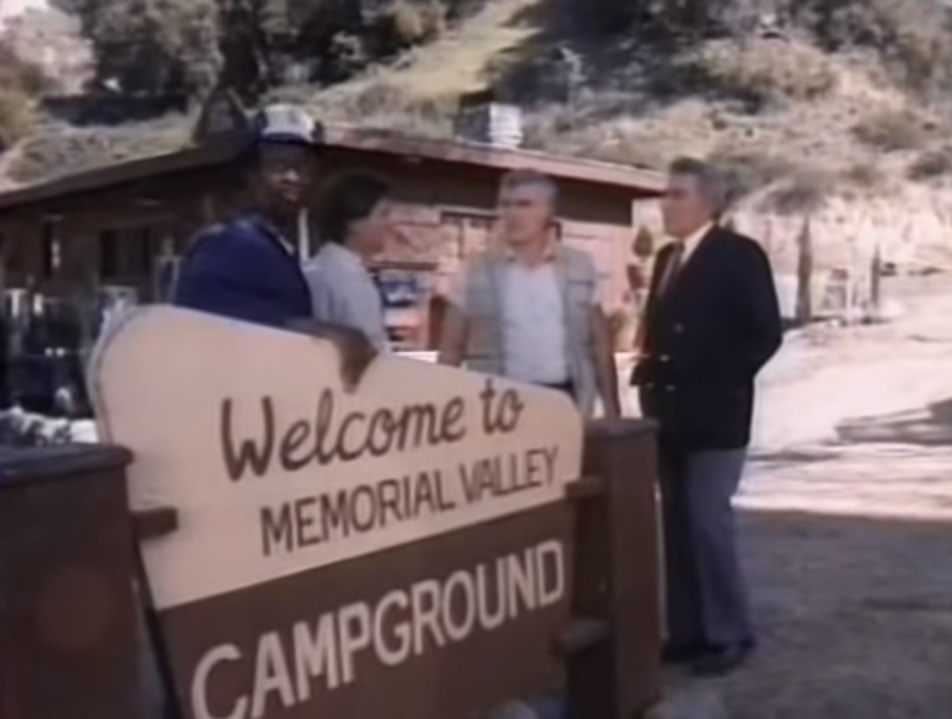 It’s not a film that set out to be a horror comedy, but you’ll find it impossible to take it too seriously. And as bad as it is, it succeeds in being wildly entertaining by the sheer absurdity of its cartoonish characters (who exist solely to raise the body count), its outlandish and nonsensical plot, its strangely melodramatic tendencies, and one of the oddest killers in horror history.

Fair warning, the kills are pretty bland, and almost all of them happen well into the third act. However, while most of the film is your standard ‘made on the ultra cheap’ mayhem, we do get a surprising bit of production value at various times. And a couple of the explosive deaths towards the end are rather impressive; they clearly ate up the vast majority of the film’s budget.

Fun fact: It was also, for some inexplicable reason, retitled Son Of Sleepaway Camp for international home video re-release. It has nothing to do with the iconic slasher franchise, however.

Ultimately, this one is likely leave you asking yourself, “What the hell did I just watch?” But you may find you kind of love it nonetheless. Watch it for free on Amazon Prime under the title Valley of Death. 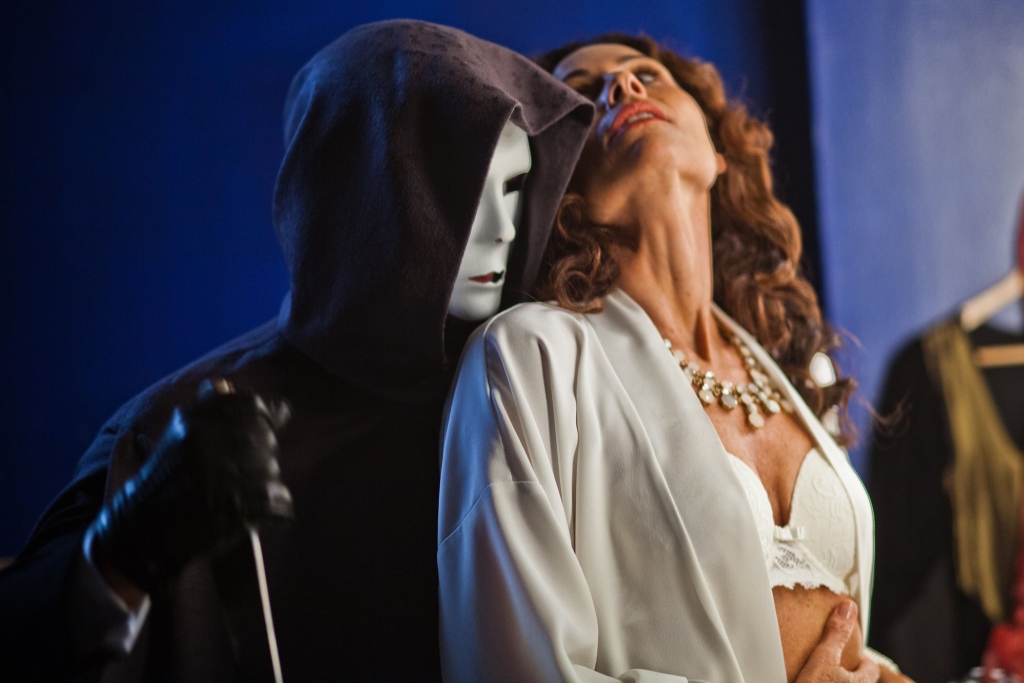 Not to be confused with the 1987 Italian slasher of the same name, 2014’s Stage Fright is a Canadian musical horror comedy film directed by Jerome Sable, in his feature film directorial debut. It’s about a musical theater camp terrorized by a blood-thirsty killer who hates musical theater.

The story begins with the murder of a Broadway star, who dies shortly after a crowd-pleasing stage performance of ‘The Haunting of the Opera’. As her daughter, Camilla, matures, she realizes she has the same thirst and talent for performing. But she’s afraid to showcase her stellar pipes after what happened to her mom. So she finds ways to be close to the music without stepping foot on the stage, including working as a cook at a theater camp. However, when she discovers this year’s camp musical is a revival of ‘The Haunting’, she can’t resist the urge to audition for the role her mother once made famous. Will history repeat itself once again?

Starring Meat Loaf and Minnie Driver, Stage Fright is a full on musical, with the camp’s big musical production taking center stage in the film’s narrative and major plot points told through song. 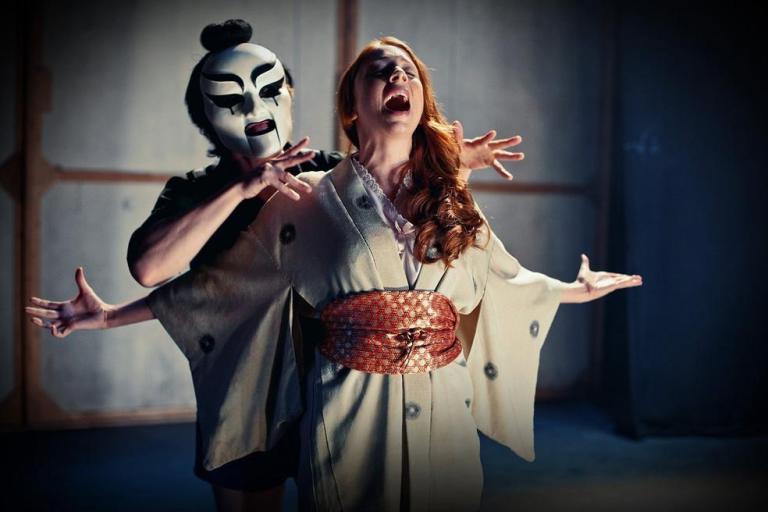 As a result, it won’t be for everyone, but should more than delight fans of Glee and rock horror operas like Sweeney Todd and Repo! The Genetic Opera. Never fear, however, Stage Fright doesn’t skimp on the horror elements. The film’s mystery, glam rock-loving killer really detests these Broadway babies. He takes sadistic pleasure in the brutal, over-the-top kills, while relishing his ridiculous one-liners.

Sable masterfully blends horror and comedy, along with both the camp and theatrics of the many musical numbers. He’s crafted an exceedingly fun film that pays loving tribute to the slasher classics of the genre, while satirically playing with genre tropes and ‘theater geek’ stereotypes.

Stream Stage Fright for free with a Monsters & Nightmares or Magnolia Selects subscription, or rent it on digital platforms like Amazon Prime.