Game On: “The Forest” Reviewed

Join Morbidly Beautiful as we live stream “The Forest” — and find out why this smart, perfectly creepy survival horror game is worth getting lost in.

The “plane crashed on a remote island” trope is one of the most familiar plot lines for film, television, and video games. What if that island included a vast cave system that made your chest feel tight and longing for air, or hostile cannibals whose screams send a chill down your spine?

“The Forest” is an open-world survival horror game that immediately propels you into action with little direction on how to play. Though I picked up most of the gameplay elements early on, I was still discovering different capabilities hours into playing.

The main goal: find and rescue your son, Timmy, who was abducted by one of the island’s three cannibal tribes. Along the way, players must survive by any means necessary and are given complete creative freedom to build structures and defenses.

The building aspects alone make this a great game. Using the resources of the forest, players and construct cabins, houseboats, treehouses, or entire fenced-off compounds almost anywhere on the island. Furniture and decorating these structures are limited but allow players enough flexibility that allows them to add a personal touch. While on single player, building these structures can seem tedious, but are well worth it. There’s also an active online community that shares their diverse in-game creations.

Below the surface of the island is a system of underground caves that are as creepy as they are claustrophobic. The caverns are crawling with enemies, unexpected ledge drop-offs, and plenty of loot that makes the spelunking worth it. They also offer the most evidence into the history of the island.

Every time I descended into a cave or squeezed through a tight spot, I could feel my blood pressure spike, and that’s before getting into any of the water-filled locations.

The story progression in “The Forest” is one of the game’s most defining features. 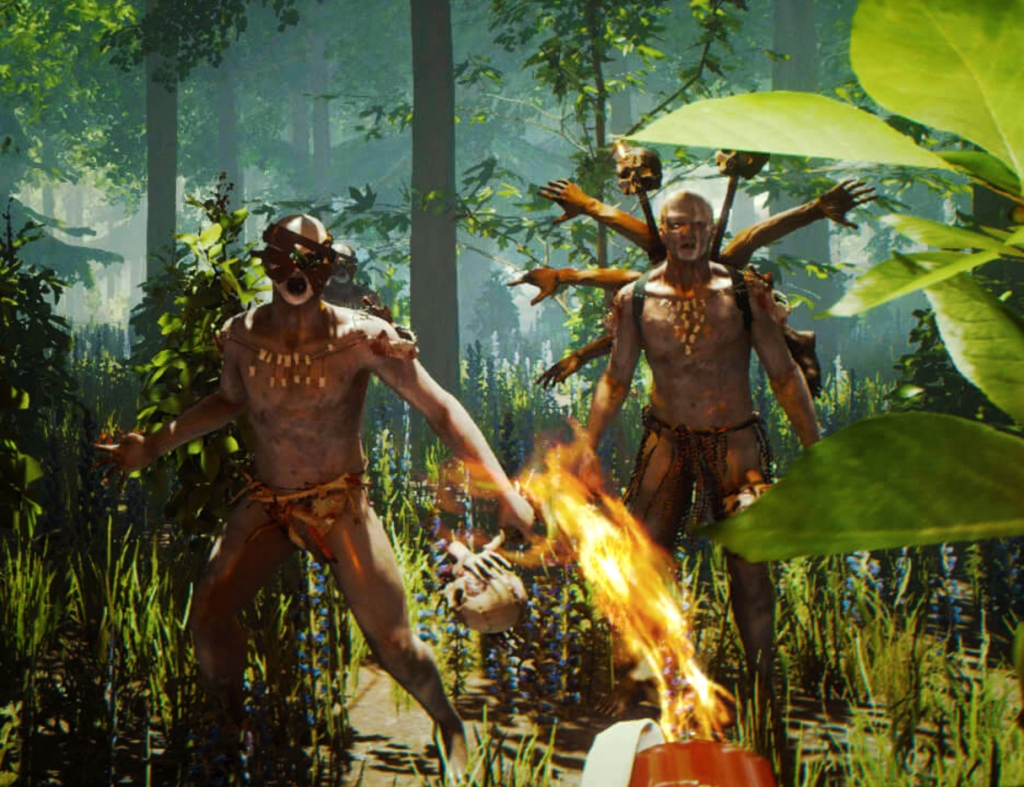 Instead of cutscenes or dialogue, players must piece together the connects between various documents, VHS tapes, drawings, and other items in order to understand why Timmy was kidnapped. The fractured style of story-telling is slow-paced and not for everyone, but it does offer a unique take on how games unravel their plot.

It’s easy to say that the crown jewel of this game is the complex AI system. Tribes watch and learn from the player’s movements and fight patterns to adapt to their combat styles, making enemies surprising and more challenging.

I had a signature move of mercilessly attacking an enemy until they were on the ground, then dealing the final blow. The first time one of the cannibals went down and scurried backward and out of my reach was easily one of the most memorable moments for me.

There’s plenty of speculation online about what type of behavior influences aggression with the tribes inhabiting the island, but no one has been able to definitively figure out all of the contributing factors.

If creepy cannibals and abominations aren’t for you, the game offers a “Peaceful” gameplay mode that removes hostile creatures and keeps all survival aspects. 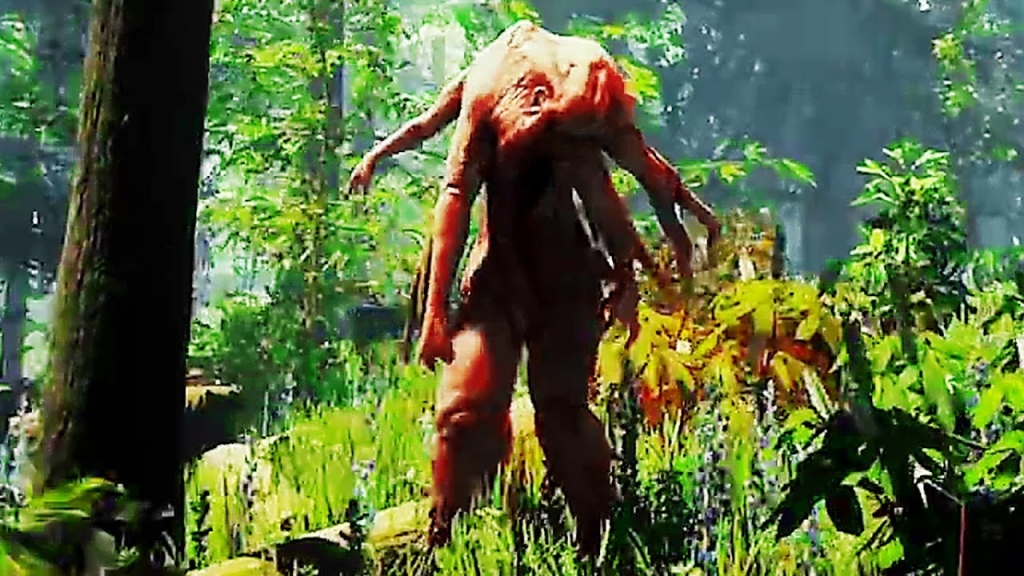 It also offers a “Creative” mode where both hostiles and survival needs are removed.

Playing through “The Forest” on a single-player was creepy, but it also offers multiplayer servers that can host up to eight players. This generally makes enemies more aggressive and faster, but it allowed my friends and I to get more done and eventually go to war against them.

The AI also did a surprising job of keeping up with our progression: we were almost always evenly matched, and every fight had its own challenge.

“The Forest” blends frightening, creative, and survival elements into a hell of a fun game.

It is the second title of “Endnight Games,” and the studio has recently released the trailer for the upcoming sequel “The Forest 2: Sons of the Forest.” There is no current release date, but I’ll happily keep playing the original in preparation.

I’d highly recommend it to any fans of horror or survival games and is easily one a hidden gem that flew under the radar for too long.

Morbidly Beautiful’s own Bubbleraptor is currently streaming “The Forest” on our FaceBook page and Twitch channel; live every Monday, Wednesday, and Saturday at 7 pm PST.