Campers in the woods get offed in this wacky, totally obscure psychological horror from the early 80s — to be sought out only by die hard slasher fans. 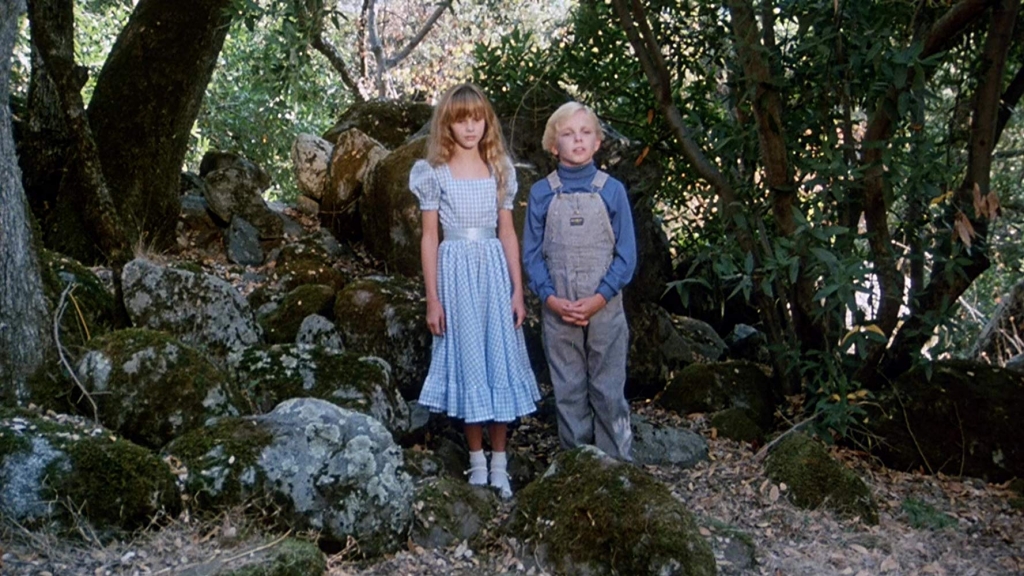 With the success of Halloween and Friday the 13th came countless imitators trying to cash in on the serial killer craze. Some of these films are well known, others not so much within the ‘normal’ horror fans lexicon of films. The imitators for Friday the 13th were quite numerous. Since it was about a killer in the woods, it was very easy to copy.

Now, I love a good slasher flick. It’s a style that is so simple, so direct, and needs little direction or difference to keep someone interested. It’s a style where nothing has to be ‘different’ or ‘new’, because if you get the atmosphere and the sense of tension right, it’s going to be a good movie.

Of course, one of those thin lines a film can walk is how to present its main villain or murderer. Usually in a slasher movie, the killer is an enigma — dark and mysterious, with his reasons for killing either being cryptic or severely disturbing. Halloween was the best of the cryptic killer movies, without a doubt. The original Friday the 13th gave a purpose to its killer, and in the beginning was presented as more of a whodunnit than anything else. 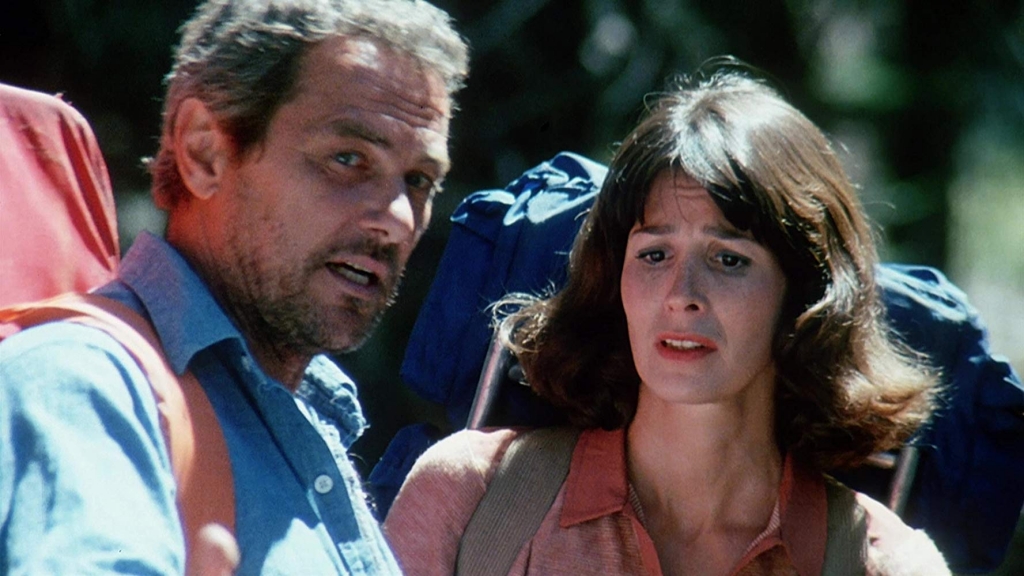 The Forest is a very under the radar and forgotten slasher entry.

It’s not especially bloody, has no nudity or even bad language, and the killer is shown in a more sympathetic light. There’s a very easy plot as well. It’s the standard: some people go camping, and there’s a killer loose in the woods. The movie goes for a weird supernatural feel as the woods are also infested with the ghosts of the killer’s family, which at times help the four main would-be victims who are running around in the woods. 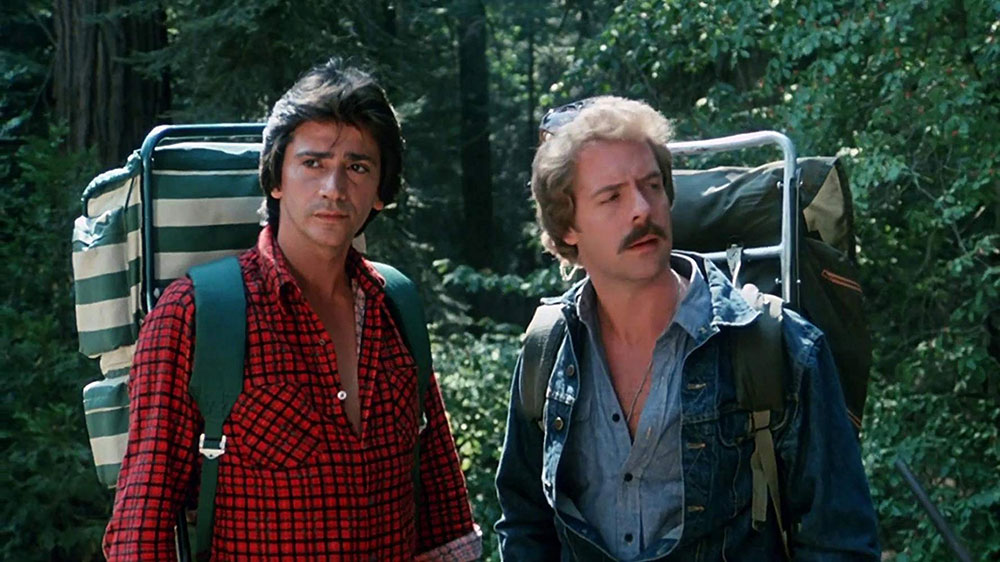 Through the ghosts, and through flashbacks of the killer’s memory, we are shown why the killer became the crazy cannibal dude that he is. They show us enough to make the audience sympathize with him a little bit. It’s not the most effective strategy, and they leave many things unexplained, such as why he is a cannibal. I think they just wanted to make him scary as can be (by making him cannibal) yet wanted to have a “reason” for his killings.

One really bizarre choice in the The Forest was the awesome original music. The soundtrack is trying to be as memorable as the iconic Halloween score, with a “theme”. The synth sounds of the 80s are in full gear throughout the film, which is super awesome and silly. Plus, there are some really bad, 70’s sounding soul-type pop songs that litter the film, and they are truly laughable. This gives the film an entirely different feel, ending up with a mishmash of tones.

The Forest was almost more of a psychological thriller than anything else. It doesn’t embrace its B-grade enough to make it self aware and funny. See it if you’ve got plenty of patience, or if you just LOVE slashers like I do. Otherwise, it’s probably skip-able.