Before we see if 2019’s “Parasite” takes home Oscar gold, experience the gold standard of 80’s sci-fi schlock with Charles Band’s “Parasite” from 1982. 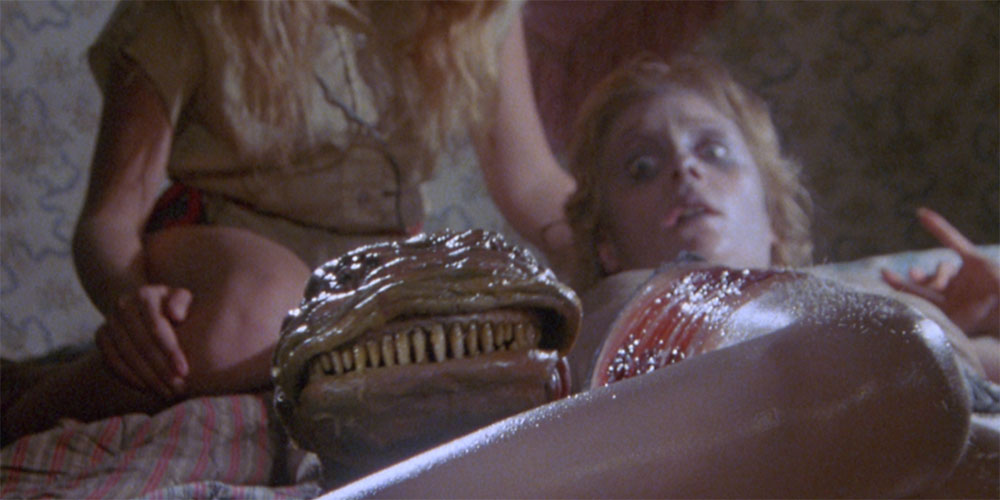 The buzz around 2019’s Parasite is so great that you’d be forgiven to forget a lesser known film of the same title from 1982. In fact, it’s almost as if there’s some home video Thanos that snaps his fingers and makes the more obscure films from the past disappear forever. At least, that’s the kind of world we’d likely live in if it weren’t for companies like Kino Lorber and the 3D Film Archive working so hard to keep that form happening.

Sure, Joon-ho’s Parasite is making quite a mark.

But does his hit feature Alien ripoff goo dripping from the ceiling, right onto viewer faces in glorious stereoscopic 3D?

The early incarnation of Parasite was made right at the forefront of the 80’s 3D revival, directed by Schlock underachiever Charles Brand — who ironically has made several films in more recent years with “Bong” in the title, so maybe there’s hope for a Parasite V crossover at some point.

The plot of this Band’s oozefest is simple enough. The apocalypse from the OG Mad Max has hit California, and now the Government runs the major cities with an iron sci-fi fist via some metrosexual incarnations of Agent Smiths called “Merchants”. They do the evil ruler’s bidding with laser tag guns that are about on par with the effects from 1960s Star Trek — the original effects no less, not the remastered Blu-ray effects.

There’s a scientist named Paul Dean. No, not Paula Dean. This character uses no racial slurs and is no chef, despite cooking up a parasite the evil, post-apocalyptic Government wants to unleash on its people. 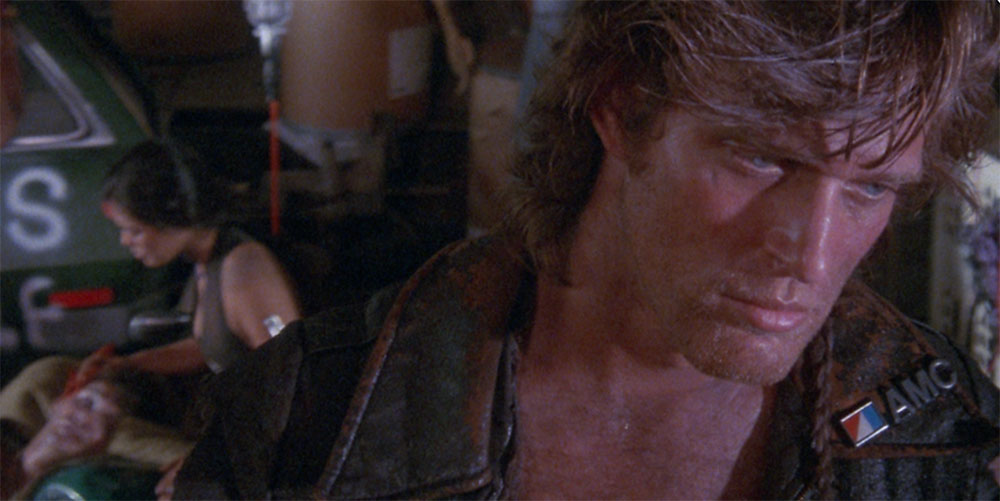 A parasite latches onto Paul, and he realizes the evil the Merchants want it for. So he escapes and heads off into the outskirt town — where gas costs $40 a gallon (and you thought your recent fill up was overpriced), diners only have canned Ravioli, and Demi Moore makes a living as a lemon farmer so the local watering hole can sell fresh lemonade.

(This could also work as an analogy for anyone trying to make their way through Moore’s filmography.)

Paul Dean keeps looking in his Aunt’s cookbook trying to find a cure for this evil he’s created. Meanwhile, a bunch of snot-nosed punks (the kind only the 80s could deliver) drive around causing trouble and unwittingly unleashing the second and final parasite. At the same time, a Merchant, hot on Dean’s trail, shows up in a Lamborghini that looks like it took up about half the budget.

Most of the remaining budget went to a young Stan Winston’s practical effects, which results in a half fish/half leach ALIEN ripoff that rips thru faces instead of stomachs after gestating. Winston’s practical work is decent for the budget. And it’s amazing to think that within the next 5 years he’d do work on The Terminator, Aliens and Predator, becoming a genre legend before the decade’s end.

As for this flick? It’ll never be a legend.

And all my hyperbolic satire aside, it’s never going to be remembered that well beyond its 3D presentation. The acting is stiff, the budget is low, and despite some fun ideas, it never quite makes it all the way to either genuinely great or that special place of Schlock central that fully embraces ‘so bad it’s good’ territory.

I’d give this film 2 Winonas on my ‘Winona Ryder’s face is a walking emoji generator’ scale of Schlock cinema. But with the 3D presentation, I upgrade it to 2 Winonas and a smirk.

Schl-Oscars for Demi Moore as a Leading Actress, bad even by Soap Opera standards, best use of a villain going full Michael Jackson with just one glove, and best use of gimmicky 3D for a myriad of moments — including a lead pipe through someone’s gut (complete with blood dripping out), parasites leaping right at the frame, dripping goo, and even a rattlesnake strike.

The aforementioned 3D presentation is the real winner here.

The folks over at the 3D Film Archive are true wizards, and Kino Lorber has supplied their restoration with a great Blu-ray presentation and healthy bitrate. Some softness is inherited from the single strip process, but I really can’t see it looking any better. The surround sound features are good, with crisp, center channel dialogue. It’s a fun track for its age, full of cheesy sound effects and an Alien ripoff score.

Several bonus features round out the release, including an audio commentary, reversible sleeve art and several featurettes that delve into the writing, production and even 3D restoration of Parasite.

I recommend this one particularly for 3D enthusiasts and creature feature junkies.