An underrated 90s campus comedy that is far from typical, “The Curve” revels in the darker margins of teenage angst and antics. 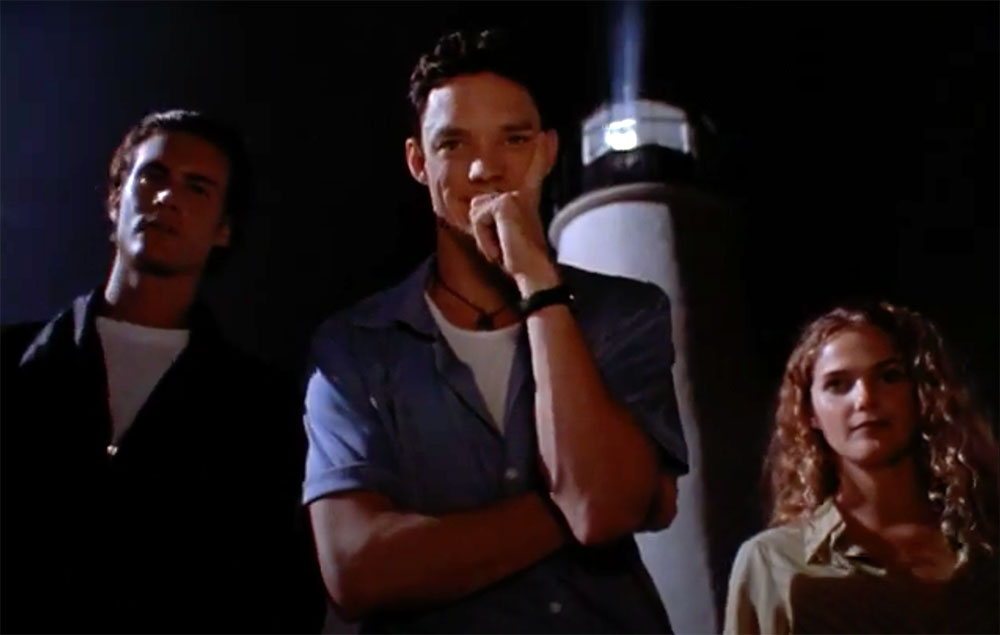 At some point, a myth began to quietly pervade colleges and universities: If your roommate committed suicide, you’d get an automatic pass because of the trauma and the stress it put you under.

In 1998, the film world finally took notice. There were two movies released that year that explored this myth. One was Dead Man on Campus, a film played more for laughs and more slapstick in its approach. The other was The Curve (aka, Dead Man’s Curve). The latter was a much darker affair — film full of abhorrent characters, sinister and questionable motives, and whiplash-inducing twists.

I remember stumbling upon this film late one night around Christmas in the mid-2000s. I saw the college setting, the house party, and immediately thought it was your typical 90s teen movie — something along the lines of an American Pie or a She’s All That. 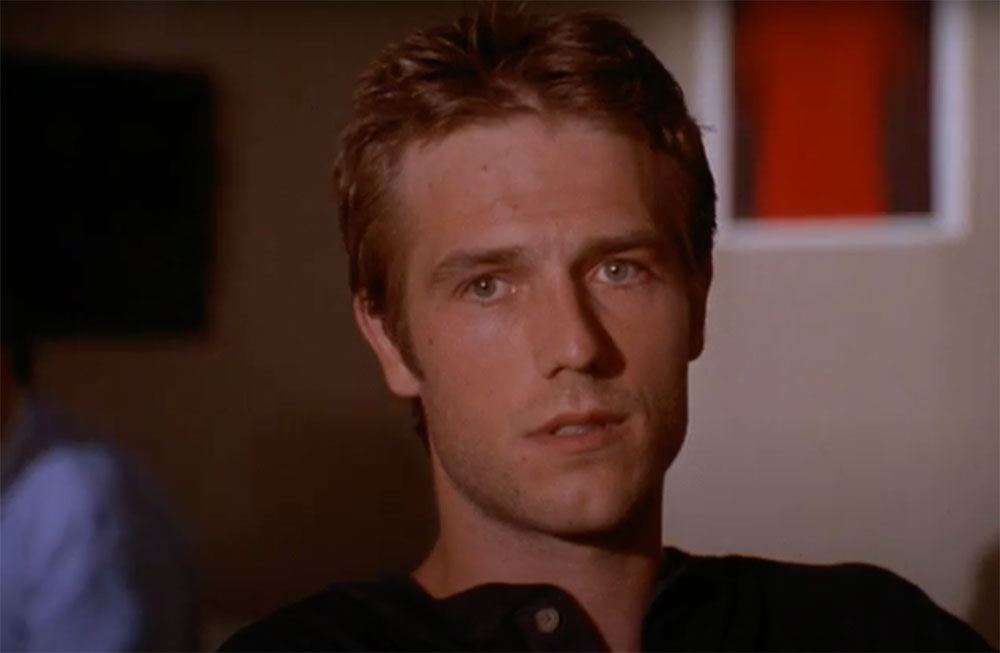 But then I watched Chris (Michael Vartan) and Tim (Matthew Lillard) talking about murdering their roommate Rand and making it look like a suicide, and I began to realize this was something darker, different.

I watched as Rand (Randall Batinkoff) berated his girlfriend Natalie (Tamara Craig Thompson) for being pregnant in front of the whole house party and pushed her; I watched Rand hit Chris for trying to stick up for her; I watched Tim whisper that “Phase one was complete”; I watched the both of them get Rand drunk and throw Rand off the cliff; I watched the trust between Tim and Christ begin to dissolve; I watched it all lead up to the final scene twist. 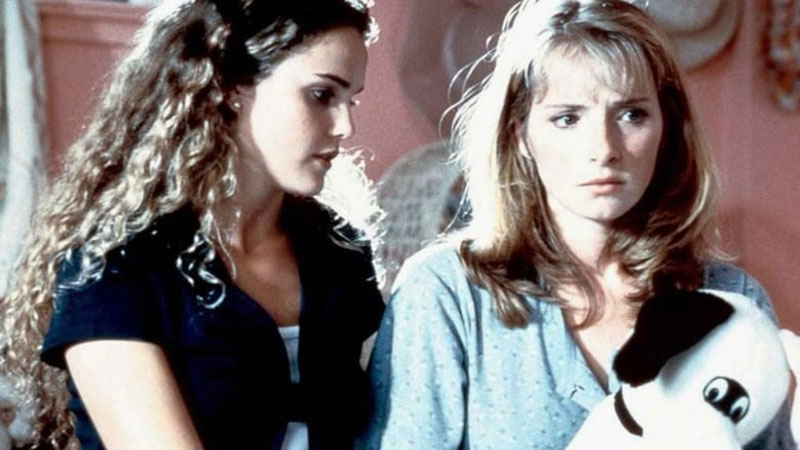 Since then, I have watched the film a few times and am always struck by the sheer nastiness of it.

The characters are cold and mean and self-serving.

As one reviewer put it, “It’s Rope by way of In the Company of Men.”

It is also a film where the characters are merely there to serve the plot; their motives and backstories are irrelevant. Their job is simple: confound our expectations until the inevitable third act twist that explains everything. 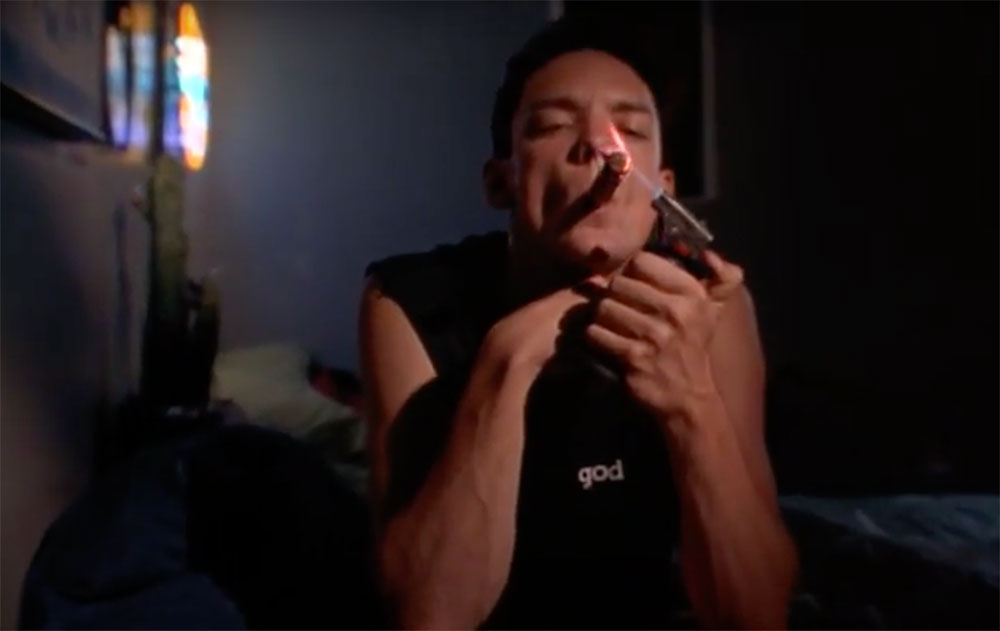 He doesn’t so much chew scenery as swallow and regurgitate it. It is like he has stepped straight from the final scenes of SCREAM and taken the character with him, only this time he has a much bigger play pen.

I am reminded of Crispin Glover’s performance in River’s Edge, which seems completely at odds with every single character around him, as if he is existing in his own film.

Michael Vartan’s Chris and Keri Russell’s Emma appear to be the only bright lights in an otherwise dark sky, but towards the end, they too are shown to be not all that they seem. Natalie is the only one who escapes the film innocent. But she is a tragic figure, as if the film is showing us that kindness and innocence are no match for late 90s college students. 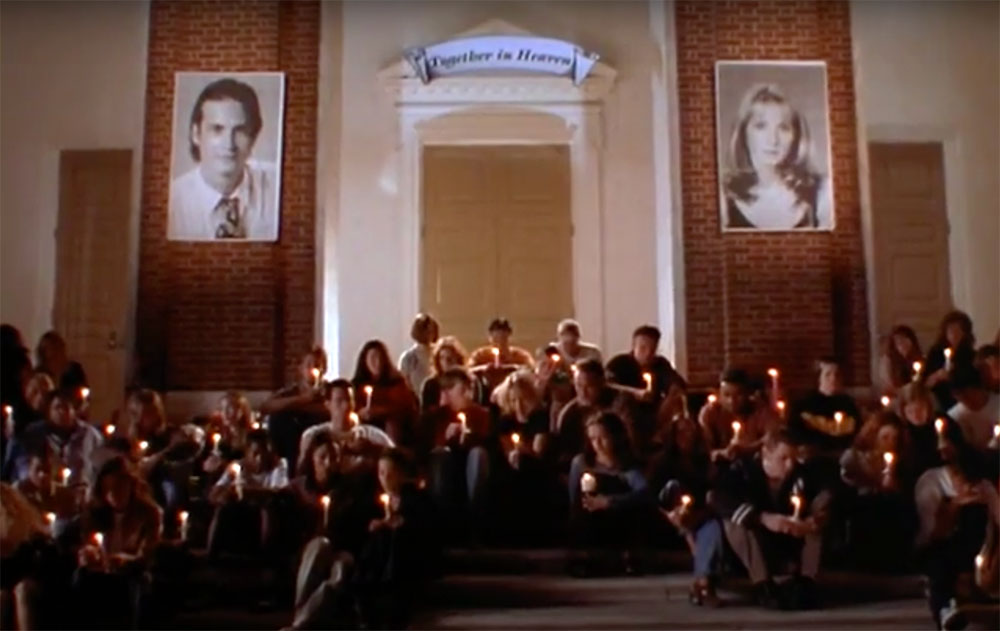 Though it is cold and mean, there are some amusing moments.

One of the first scenes shows Tim and Chris going shopping for music that a depressed person might listen to. When they go to the cashier, she looks through their purchases and says to them “Suzanne Vega, The Smiths, The Cure… do you guys know we have a sale on Joy Division?” Later in the film, we realize that the reason they are doing this is because Chris has failed his Introduction to Ethics class.

There is a darkly amusing montage of Chris buying flowers to get Emma back, as if in parody to every 90s movie at the time, only for it all to grimly backfire while he hides in a closet.

In another scene, Kevin Ruf’s Ernie, the security guard, takes a piece of paper from his pocket and bemoans that he has no seniority, no authority, no ability to arrest, no jurisdiction — concluding that, “Basically, what that means is I’m a cop.” 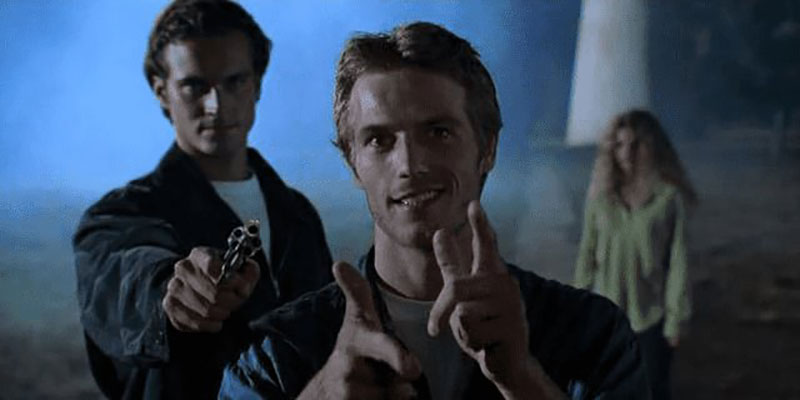 Over the years, I’ve come to better appreciate The Curve‘s intentions.

I see now that every hushed outdoors conversation between the characters is staged, as if for other people to hear.

A scene I always thought pretentious – where Tim is talking about Rand and the background suddenly fades to black – I now see differently. It sums up the overriding idea that this film has about its characters; that every one of them is an actor, trying to fool each other and, by extension, us. The world around them is a stage, the people filling it merely props.

They are sociopaths, laughing at our ideas of right and wrong, and Dan Rosen the writer/director makes sure they have all the best lines.

The Curve is currently available to watch for free on Tubi.