With a compelling story, some great dark humor, and plenty of style points, “King Car” is both entertaining and thought-provoking. 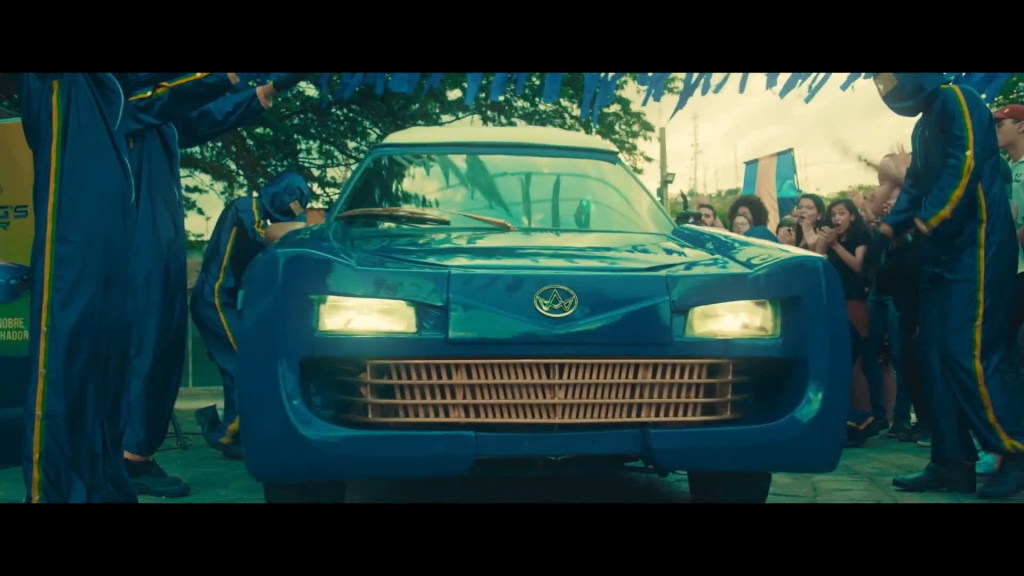 Filmed in Brazil by Renato Pinheiro, King Car (American premiere, cinema graveyard 2022) is in Portuguese. But the talented cast is expressive enough for apparently very little to be lost in translation.

I actually first watched the whole thing without dubbing or subtitles and was able to follow along pretty well.

Along with a compelling story by Sergio Oliveria, there is some fine acting to be enjoyed in King Car, especially the antics of Matheus Nachtergaele who steals the show as Ze’, an inventor/mechanic and uncle to main protagonist Uno (Luciano Pedro Jr.).

Uno develops an unlikely friendship with his car, an old junker left to him by his father, after he discovers that he can communicate with it telepathically.

The two also have a past together, with the car having gained sentience to save Uno’s life when he was a child, but also having inadvertently killed Uno’s mother (it’s complicated).

The car surprisingly makes a pretty good friend — at first — helping Uno and his uncle make unique improvements to itself and the other cars in the family’s lot and bringing them to life with the ability to speak. In fact, Uno’s car, now upgraded into a bizarre sort of supercar (or “King Car”) actually has sex with Ze’s Girlfriend, the aptly named Mercedes (Jules Elting). Among the ideas explored are deep class divides and the Brazilian government’s draconian law making it illegal to drive a car over 15 years old, among others.

While watching the movie, I was reminded of an unusual factoid shared with me by a friend.

Out of all the death videos on the controversial website Documenting Reality (known for its sharing of graphic images and videos of real deaths from around the world), Brazil happens to be the most common country for brutal death; undoubtedly owing to its high crime rate and widespread poverty.

I also recalled the 2016 Olympics and the complicated issue of the government having laundered money and bribing the Olympic Committee to get the games to come to Brazil as a much-needed boost for the economy.

King Car asks that question – how much destitution can you tolerate before you break, and how far are you willing to go to improve your lot?

Ze’ answers this by forming a cult of sentient car worshippers willing to give up their humanity in the name of justice.

As you watch many scenes taking place on the unpaved roads of Caruaru during a time of political upheaval in Brazil, it’s worth noting that in spite of everything the filmmakers were able to create an interesting project that has been well received on the world stage at several film festivals.

Indeed, there is much to appreciate in KING CAR: An engaging story, quirky but relatable characters, some halfway decent cinematography, dark comedy, a cool soundtrack, and plenty of food for thought.

If you enjoy unique foreign films and don’t mind theater of the absurd, I would say it’s definitely worth checking out — even if it isn’t the only movie you watch this year with automobile sex.