A surprisingly effective small-budget gem, “De Poel” makes tremendous use of its Dutch setting to create its chilling tale of man vs nature. 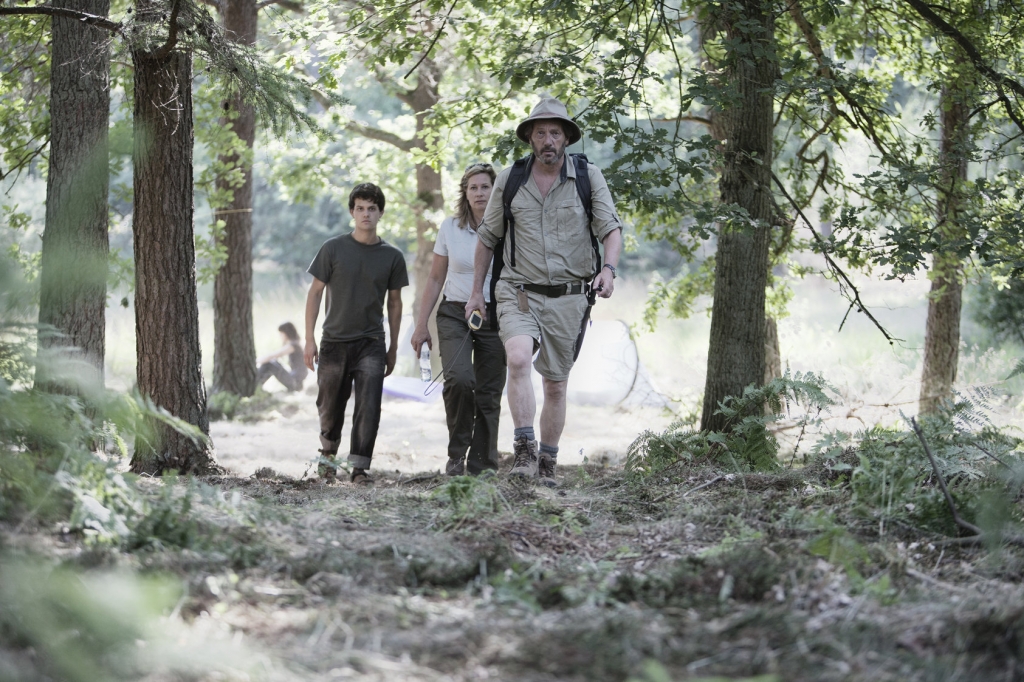 The Netherlands is certainly not famous for its horror output, or even its cinema in general.  So, it is no wonder that 2014’s De Poel (The Pool), with its mini cast and budget, flew mostly under the radar.

It wasn’t completely unnoticed in its home country, having been screened at the Netherlands Film Festival where it won a Golden Calf in the category of sound design But it remained mostly ignored by horror fans outside of the Netherlands.

That’s a real shame because this small production, while inspired by an English legend of Jenny and owing a lot to the likes of The Blair Witch Project, is still a little gem that stands on its own feet.

De Poel is an atmospheric eco-horror that deserves more attention.

Written by Chris W. Mitchell and Gijs Scholten van Aschat, and directed by Mitchell, the film is a great example of how a low budget still can provide a great story. Produced by The House Of Netherhorror, it was made for just 200,000 euros (and a whole lot of goodwill from the cast and crew, who gave up part of their wages to complete the project) and shot within three weeks.

De Poel uses the tight budget to its advantage in telling a tale of atmospheric confinement and nature’s revenge. 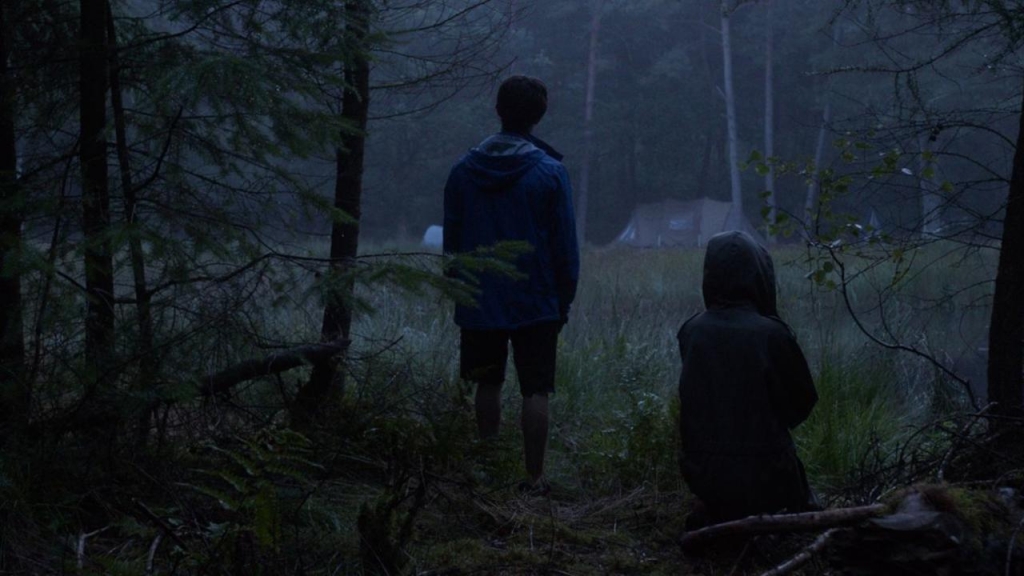 Set in a nature preserve, the film follows a group of tourists who, searching for a place to cheaply camp through a long weekend, end up on a side of the titular pool. Soon the group realizes they cannot leave the site. Strange happenings lead to violence, distrust, and death among the group.

The film is simple, quiet, and unpolished.

The stuffy heat of short Dutch summer seeps from the screen, and the picture has an almost found-footage feel. The suffocating heat, the dry forest, impenetrable by sight somehow, despite the entirety of the film set outside, gives off an atmosphere of claustrophobia.

Despite the increasingly fantastical and impossible things that happen to the characters, the portrayals of nature keep it firmly standing in reality; the woods of the sort you take a dog on a walk, the muddy pool a kind in which the worst thing might be leeches.

For most of the runtime, the viewer might even wonder if anything supernatural is happening. Maybe the visions the characters experience and the pull of the water are all because of them eating cluelessly foraged food. That, however, only makes the picture more worrying. Ultimately, it feels as if it could happen very easily to anyone if they venture just a bit too deep into the woods.

The earnest and simple acting of the six actors (not counting the blink-and-you-miss-it role of Evil’s Katja Herbers) only makes the film feel closer to reality.

The dialogue and script are reminiscent of mumblecore, but without the pretentiousness that so often can be seen in the genre. 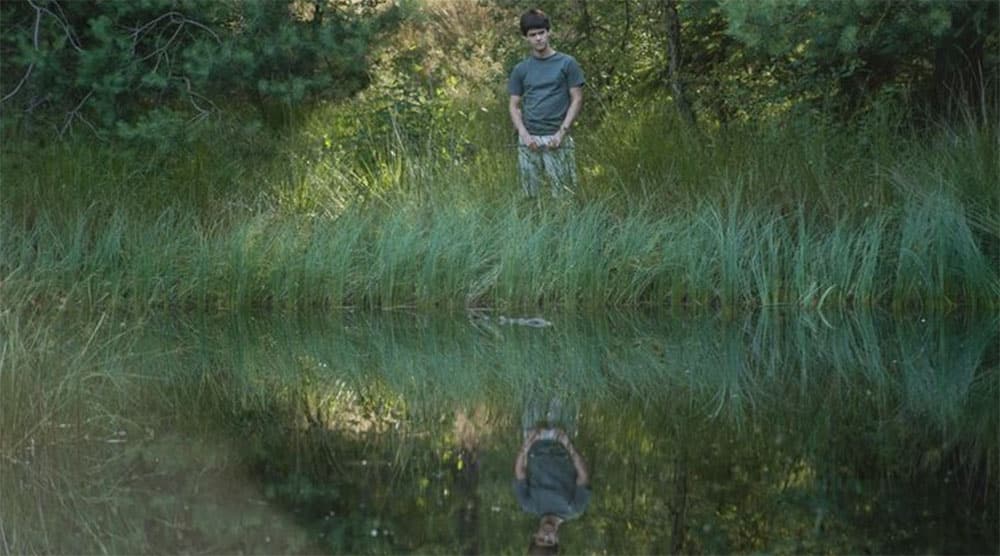 The characters are boring and everyday lower to middle-class people. They are like any Dutch campers, simply guilty of an Aesop-like transgression.

They came into a protected reserve as if breaking a truce between man and the wild. And with every day they stay at the pool, their crime gets worse. They litter, vomit and throw dead animals into the water. They ignore the signs of danger and soon become trapped, always being pulled back to the pool, unable to leave.

In a lot of mumblecore films, it is the social conventions that trap the characters in dangerous scenarios. But here, any tension flies over their heads, leaving a viewer only more frustrated with the mistakes the campers make.

And yet, the characters are understandable. When their food goes bad, they decide to forage and hunt. Of course, they end up getting sick from what they found — what would probably happen to most of the viewers if stuck in such a situation. There is no survival savvy in them. There’s none of the usual tension that comes from cheering them on as they figure out how to use their resources and leave you wondering who might survive this ordeal.

Instead of experiencing a tense survival horror, the viewers are forced to simply engage with the characters and watch helplessly as they slowly but surely lose to the circumstances.

The character’s demise is not tragic or dramatic; it is one of dull boredom or inability to act.

The power of the picture is only amplified by how grounded it is in the well-known comfort of the Netherlands.

This is not a survival horror set in the rural USA where one truly can get lost and not be found for weeks.

In the Netherlands, you can see three towns from your childhood bedroom, and local forests are all planted and curated. There is hardly any wild nature that is uncontrollable, and there are almost no dangerous predators. Nature here is safe because it is practically all man-made and controlled.

The terror then of always returning to the pool is so much stronger than, for example, in The Blair Witch Project.

We can all imagine the very real horror of getting lost deep within some American woods. But it’s virtually impossible to get so lost in the Netherlands.

That is also why nature’s revenge hits so hard. Even here, where the natural world is so controlled, magical forces can still go against the set rules. And humans, despite all their best and most careful planning, can still be defeated by forces man cannot control — even in a laughably small forest lake.

The focus on a body of water in De Poel is not coincidental; it reflects how the Netherlands reclaimed 17% of its land from sea and lakes.

Perhaps, the water is now claiming back what it is owed. And that’s eco-horror at its finest. Man can take and take and take from nature. But, eventually, nature runs out of patience.

De Poel could have been easily an impressionless, microbudget indie flick weighed down by bad quality. Yet somehow, it is a picture worth watching and pondering over, taking in the dull yet hypnotizing feel of the still forest and mysterious pool.

In the tight 76-minute runtime, it manages to provide a modern cautionary fairy tale about the relationship between man and nature, pulling the viewer in with its haunting sound design and solid artistic vision.

De Poel takes what made films such as Blair Witch work and delivers a version fitting its unique Dutch setting. Yet, it creates a story that is relatable and compelling for a universal audience.

With non-English horror so often overlooked, why not give this foreign gem a try on Disney+. Allow yourself to be haunted by a strange forest lake, somewhere in the Nethe