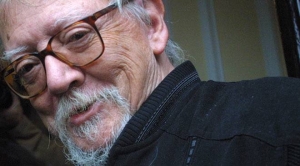 I used to hate Jess Franco. The concept of his films being acceptable entertainment was completely lost on me, as is the case with countless other horror and exploitation fans. In the minds of many horror lovers, his name is literally a punchline. Say it, and they explode with laughter.

But some of the most respected horror academics in the field (Tim Lucas, Stephen Thrower) not only adore Franco’s films, but have written fascinating and highly entertaining books about them. What was I missing? It was a question that puzzled me for years. Every once-in-a-while I would try out another one of his movies. Some were better than others, but I still didn’t “get it”.

His movies are cinematically inept and extremely unprofessional. The stories are nonsense, the dialogue is awkward and unintentionally hilarious, and the gore effects are of a quality even lower than mid-80’s backyard VHS camcorder movies. Every penny is pinched, and all financial corners are cut. The cinematography must be seen to be believed. It’s almost as if he is playing with his camera, pushing buttons, wondering “What would it look like if I did an extreme zoom, or made everything really blurry?” But rather than leaving the results of these experiments on the editing room floor, he keeps them in the movie!

Then something happened to me. I don’t know when it happened, precisely. All I’m sure of is that SOMETHING happened, because now I absolutely adore Jess Franco. Even with the awareness of how awful most of his movies are, I have become obsessed with them. There is a magic in them, a spell of some kind. Jess Franco movies aren’t movies. I don’t decide to watch a Jess Franco flick, I decide to disconnect from Earth and spend some time in Jess’s own little twisted fuzzy world.

One of the things I found out about him that changed my opinion of him is his love of cinema. Jess lived for movies. He loved filming them, and he literally couldn’t stop doing it. He feasted on life with his camera. It was a compulsion. I truly admire that. He’s like a Spanish Ed Wood, I guess. But Jess made roughly 160 movies. A lot more than Ed. Yes, like Ed’s, some of them were pornography, but eh . . . 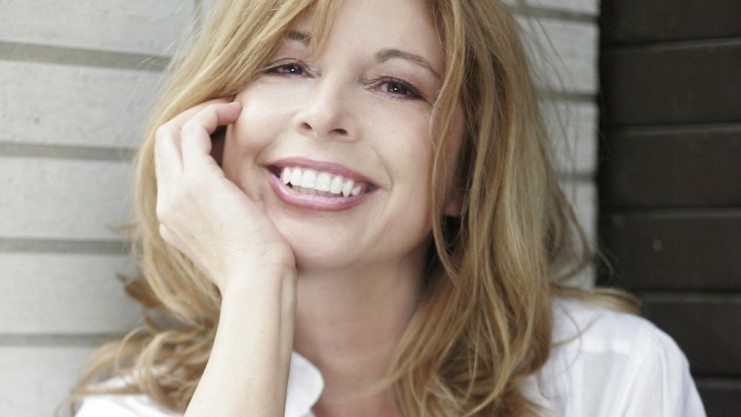 Jess loved beautiful women. Obviously. And really, who doesn’t? But somehow Jess got some of the most stunning European goddesses ever to star in his movies. I will elaborate on that in future editions of my column. Just like his movies, there is a palpable seductive radiation that pours from his female leads. 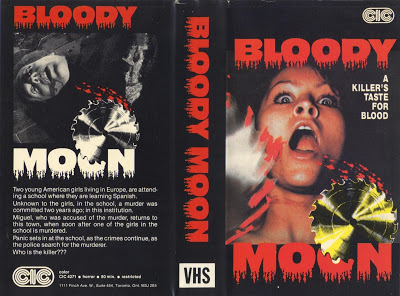 This is definitely the case with Olivia Pascal, the lead actress in this month’s Franco trashfest, Bloody Moon. Known in Europe as, among other things, Die Säge des Todes (The Saw of Death), the project was assigned to him by the producers he was working with at the time. Slasher films were all the rage in 1981, and they wanted one. Franco was told to make a horror movie with “50 horror spotlights”. He was promised Olivia Pascal, a talented director of photography, and a soundtrack by Pink Floyd. They told him the band would be on the set during shooting and working with him very closely.

With the exception of the breathtaking Olivia Pascal, none of that happened. There are not fifty spotlights. Bloody Moon is basically a bore. What makes it fractured genius is how ridiculous the plot and dialogue are. It has the basic framework of a giallo, which is what the first slasher movies had as well. The action undresses . . err . . unfolds at an all-girl’s school for foreign languages. There is a killer lurking around every fifth or sixth corner with the classic p.o.v. shot. Our gal Olivia is the next one on the killer’s list. Oh wait, she’s next after this girl. Ok, after that one. No, after that other one. Now she’s gonna get it! Hold it, that’s not the killer. It’s a cat.

What do we get? Well, we get a Jess Franco cameo. We get really great dubbing performances, but terrible syncing. We get a student doing a crossword puzzle stumped by a word that is a six-letter capital offense ending in the letter “R”. We get a retarded groundskeeper named Paco. We get red herrings. We get doors that are randomly left wide open. We get 80’s hair. We get a swingin’ rock song with the lyrics “shake your baby, rock your baby” that sounds like it’s sung by Gilbert Gottfreid. We get a music score featuring what sounds like a vibrating baking pan. We get some decent kills: a little boobie trauma, and one involving a car that’s a real “WTF” moment. We get the killer’s menacing voice on a tape recorder telling Olivia he’s going to cut her in two like a piece of wood. 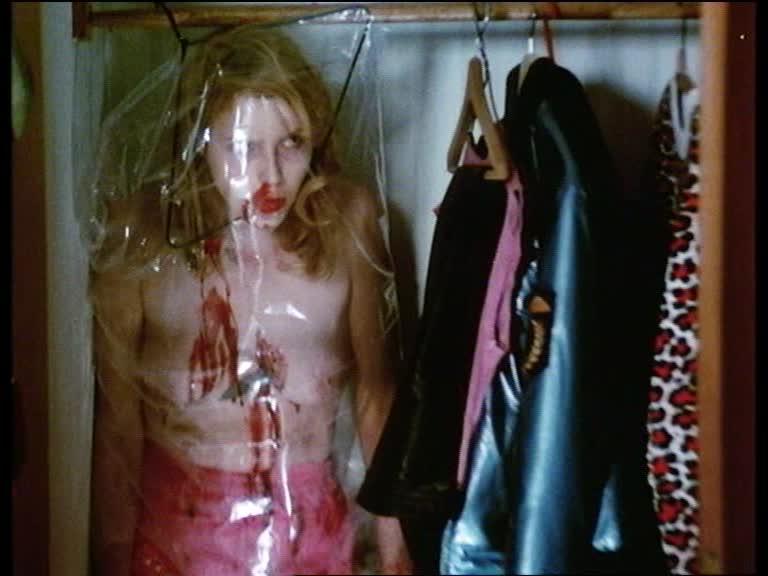 I don’t want to give away too much, just in case you want to see it. I’ve watched it four times so far. I love every quirky, silly minute of it. Jess isn’t taking himself at all seriously in this one. Please stick with me, I have so many Eurotrash exploitation trips to take you on. If you’re good, next time I’ll introduce you to Lina Romay!