Completists might suffer through this to earn their stripes and ironic contrarians may call it a cheesy masterpiece, but it’s pure garbage. 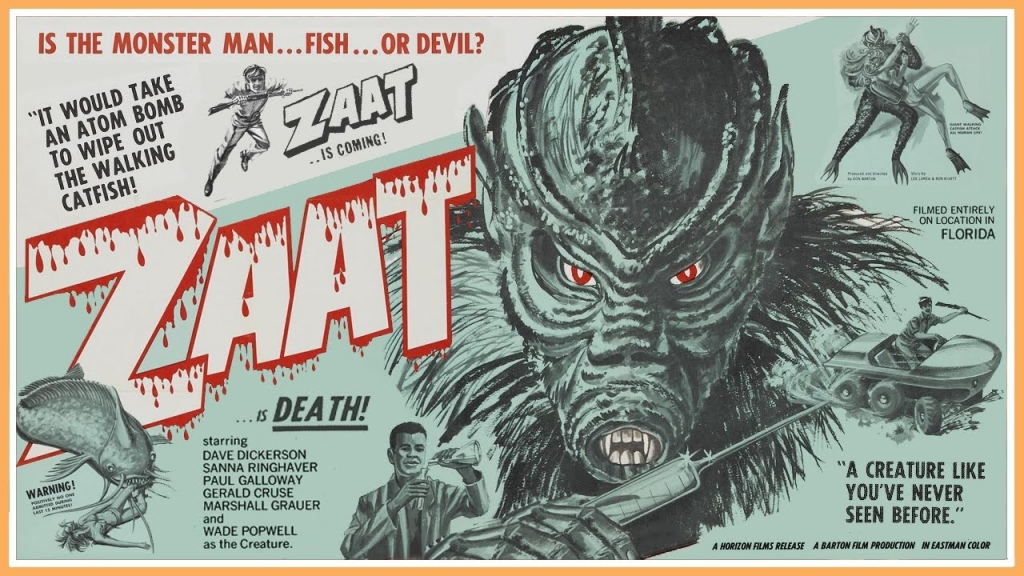 A mad scientist turns himself into an amphibious monster to take over the world in the name of aquatic creatures. Let’s dig into 1971’s “Zaat”, directed by Don Barton!

There is a certain charm to the Cold War-era sci-fi films. The acting wasn’t always A-list and most of the monsters are laughable by today’s standards, but there was a certain effort and wonder involved that inspired the next generation of filmmakers to be able to dial in on the visceral aspect of horror that was intrinsic in a thing from another planet or a beast from below.

It goes without saying that the same generation of films inspired this “film” we have here today, but not all the fruit survives the fall from the tree. An obvious homage to that era of sci-fi monster films, Zaat finds itself with a fun lab set and literally nothing else. 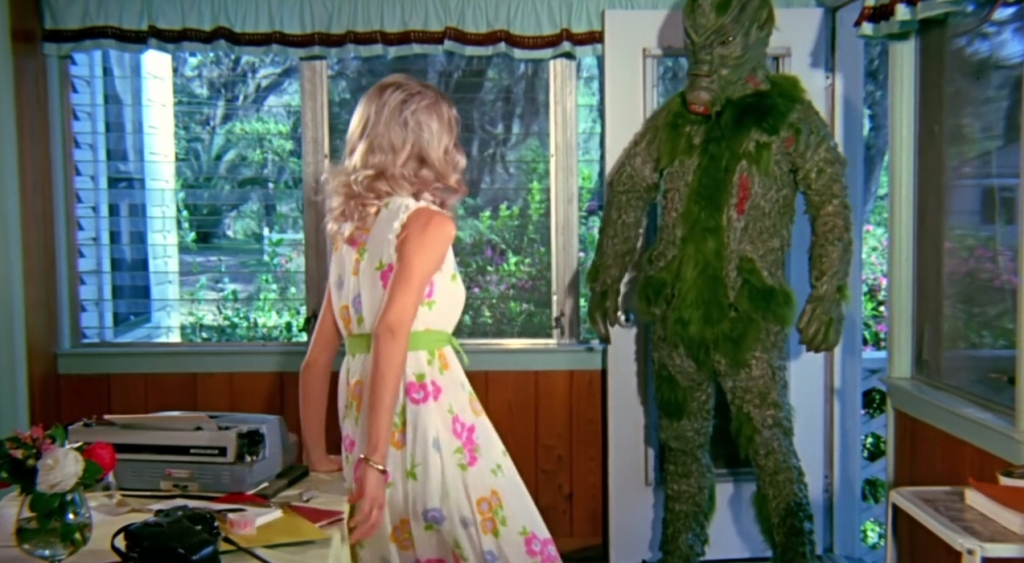 The monster sucks. Even in black and white it would have been terrible. With color, it looks like the Grinch left out in the rain, or some sort of Kale man.

So Kale man walks around with no score, no sense of dread, during the day (because reportedly they couldn’t afford lights for night shoots) and draws blood from his victims by hardly touching them. The storyline is world domination, for no good reason. It is overwhelmingly boring and poorly acted.

The only enjoyable scene of the entire movie is the folk song circle. I would have been better off tracking down the MST3K episode (Season 10 Episode Blood Waters of Dr. Z) which features this film and watching that.

But at least I’ve earned my stripes.

A wholly inexperienced cast that held this as their only credit, the only recognizable aspect of this film might be its appearance on Mystery Science Theater 3000 which ended up bringing a lawsuit from Director Don Barton that was settled out of court. 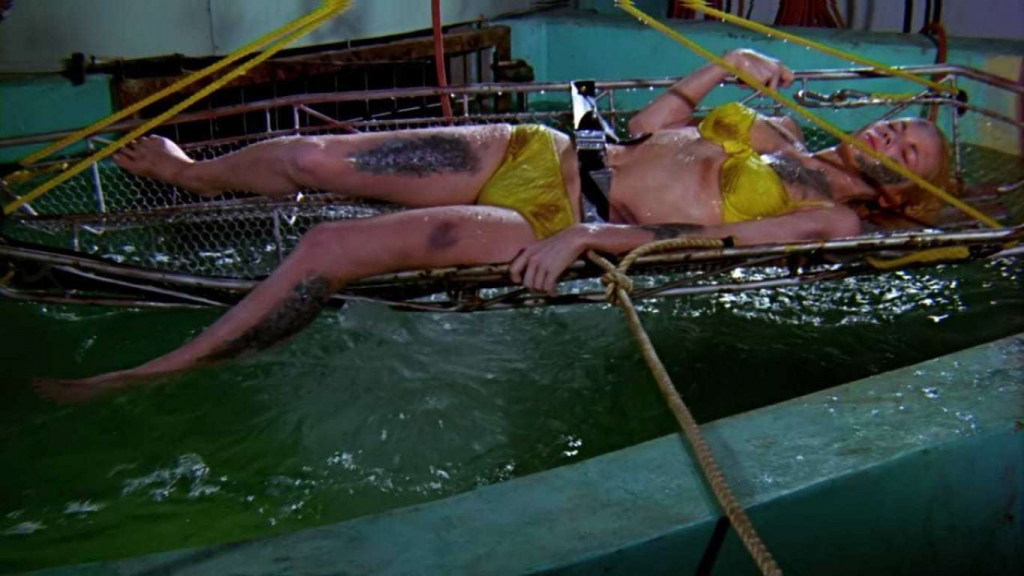 I find it hard to give any film a 0 or even a 5 (out of 5) rating. If someone put in the effort to make a film, they at least deserve a 0.5, but they lost that with the grossly irresponsible racist language that comes out of nowhere and has no meaning to the story.

Though this was her only credit, Agent Martha Walsh (Sanna Ringhaver) was not half bad at acting and was very easy to look at.

Receiving the MST3K treatment is all this deserved. Let dead things lie.

There is a Blu-ray/DVD combo floating around out there, or you can toss Zaat in the search bar of that monopoly of a video-sharing website.