After the close of another brilliant year of Panic Film Fest programming, I reflect back on the five features that left an indelible mark.

This year’s Panic Film Fest, a hybrid model of in-person theatrical and virtual screenings, featured an outstanding lineup of feature film and short horror programming. Picking my favorites from more than 25 noteworthy features was not easy. But here are five films from the fest I consider essential viewing, listed in no particular order.

I urge you to try to catch all of these independent genre gems as soon as you’re able. There’s something here for everyone, and these unforgettable films represent some of the best and brightest rising talent in the genre. I’ve also included five other noteworthy films, previously reviewed, which are more than worth your time. 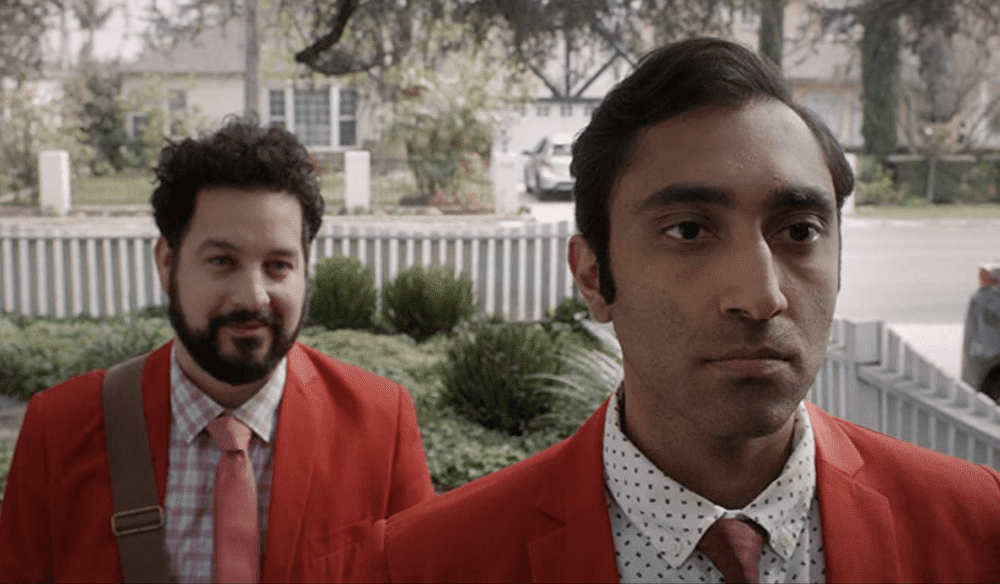 For the first year ever, Panic Film Fest handed the voting for festival awards over to attendees. Over 700 people voted to crown winners in five different categories, and the horror-comedy Keeping Company walked away with the award for Best Feature Film – for good reason.

The opening scene of Keeping Company is deceptively straightforward — and absolutely chilling. Beautifully shot with ample suspense, we think we know exactly what kind of film we’re about to experience. But as quickly as this captivating house of cards is built, the deck is immediately reshuffled, and the film becomes something else entirely.

We soon meet a couple of life insurance salesmen, Sonny and Noah, who have perfected the art of high-pressure sales through an effective good cop/bad cop routine. Noah (Ahmed Bharoocha) is a good-natured, somewhat naïve father-to-be who is madly in love with his wife considers his partner, Sonny (Devin Das), his best friend. Sonny, however, is far more focused on career success than friendship, desperate to impress his impossible-to-please father and earn the favor of his unscrupulous, ball-busting boss, Paula (Gillian Vigman).

When Sonny and Noah end up at the home of an unlikely serial killer names Lucas (Jacob Grodnik) and his psychotic grandmother (Suzanne Savoy), a bad day at the office turns into a nightmarish fight for survival.

While Noah focuses on keeping hope alive and bonding over shared childhood trauma with the strangely sympathetic Lucas, Sonny insists it’s kill or be killed.

Darkly comedic with a nasty reveal, KEEPING COMPANY from writer/director Josh Wallace is surprisingly heartfelt at times and gloriously violent at others. Taking aim at soulless politicians and amoral capitalists, it’s telling when the serial killer in the film is one of the least objectionable characters.

This is, at its core, a biting satire and condemnation of the American ideal that prioritizes success above else and rewards those who step on and crush the most vulnerable of society in their climb to the top. Despite that, it never feels preachy and is a damn entertaining and wickedly funny ride.

With an outstanding cast and a script that is exceedingly clever and expertly constructed, Keeping Company is a very easy sell. 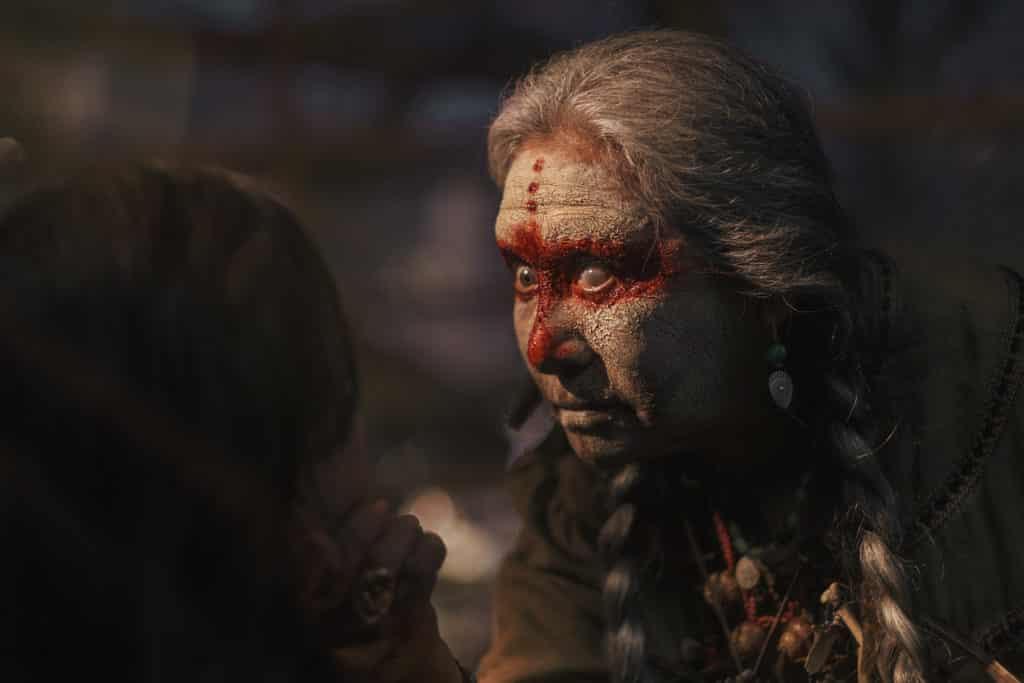 Best Director went to Christopher Alender for the gorgeous, atypical exorcism film The Old Ways. If you think you’ve seen everything there is to see in the demon possession subgenre, think again. The Old Ways blends truly effective supernatural scares with gruesome body horror, a culturally significant authenticity, and character-driven drama.

As a young girl, Christina Lopez (Brigitte Kali Canales) witnessed the death of her mother during a horrifying exorcism gone wrong. After being orphaned, she is sent to America to live with a foster family. Years later, Christina is now an investigative reporter, and she has returned to her childhood home in Veracruz to do a story on local tribes and cultures. Ignoring warnings, she travels to a cave known to harbor sinister presences — a cave from which people do not return. Once there, she is knocked unconscious and awakens in a barn, tied to a chair with a bag over her head.

She discovers she is being held hostage by a man named Javi (Sal Lopez) and his mother Luz (Julia Vera), a practitioner of ancient witchcraft. When her estranged cousin Miranda (Andrea Cortes) arrives to help translate, Christina discovers Luz and Javi believe her to be possessed by a dangerous demon. And she will not be allowed to leave until the demon has been exorcised. 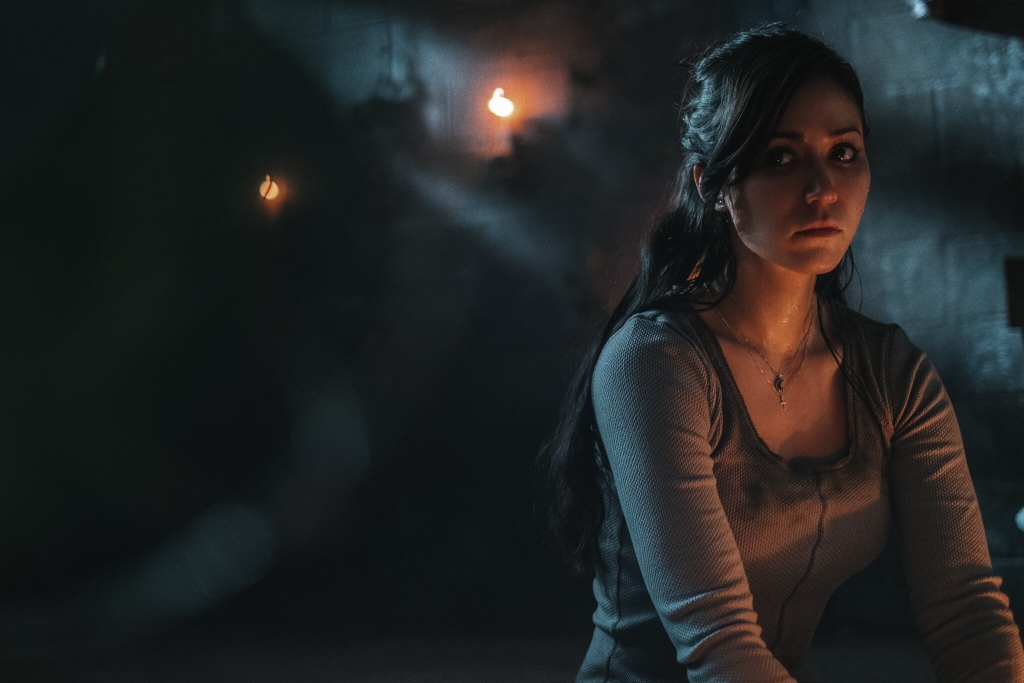 Believing her only chance of escape is to play along with the ridiculous charade, Christina submits to the exorcism.

What transpires is one of the most intensely affecting and memorable exorcism scenes in modern horror. There are no crosses, no holy water, no priests reciting Latin or invoking the power of Christ. It’s a refreshingly non-Western take on religious custom and tradition that makes THE OLD WAYS feel remarkably new.

Beautifully shot and drenched in atmosphere, Alender masterfully turns a meager budget into a sumptuous production. With unsettling imagery, strong special effects, and outstanding sound design, The Old Ways delivers terror without jump scares. Canales is incredible as Christina, and her emotionally intense journey and deeply satisfying character evolution are enthralling to watch.

A well-made horror film that delivers depth without sacrificing scares, The Old Ways tells a compelling story steeped in fascinating lore that reinvents an overwrought subgenre by showcasing a different cultural viewpoint. 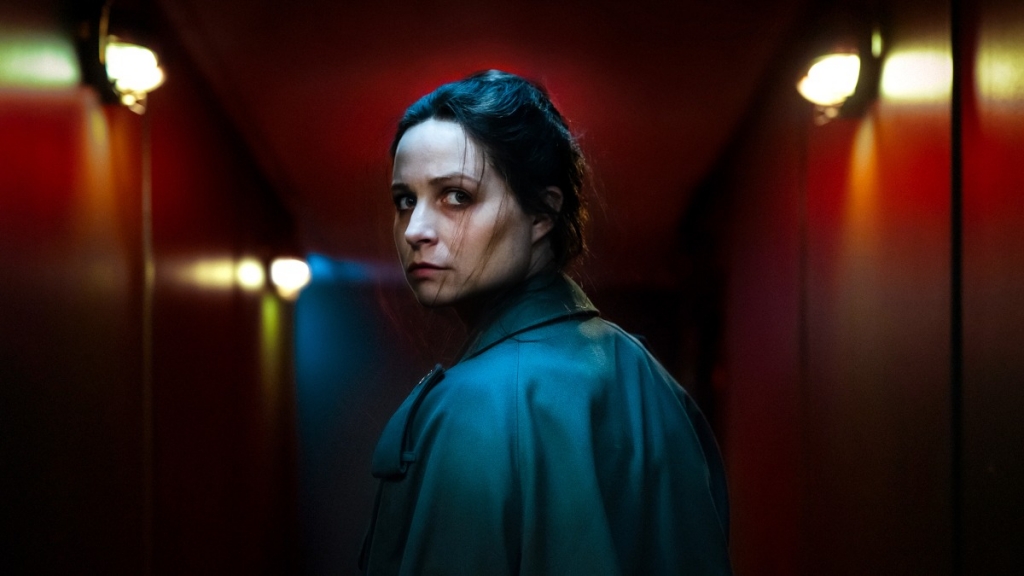 Director Prano Bailey-Bond’s debut feature is a powerful one. Censor lovingly embraces the grimy aesthetic and transgressive spirit of VHS horror films, while layering in important historical context and effectively leveraging nostalgia in an intriguing and inventive way.

It’s 1980s Britain, in the middle of the infamous “video nasty” hysteria. There’s a war raging against th