There are hints of “Rear Window”, but they do not pan out in this direct-to-video thriller that has an impressive cast but lacks originality. 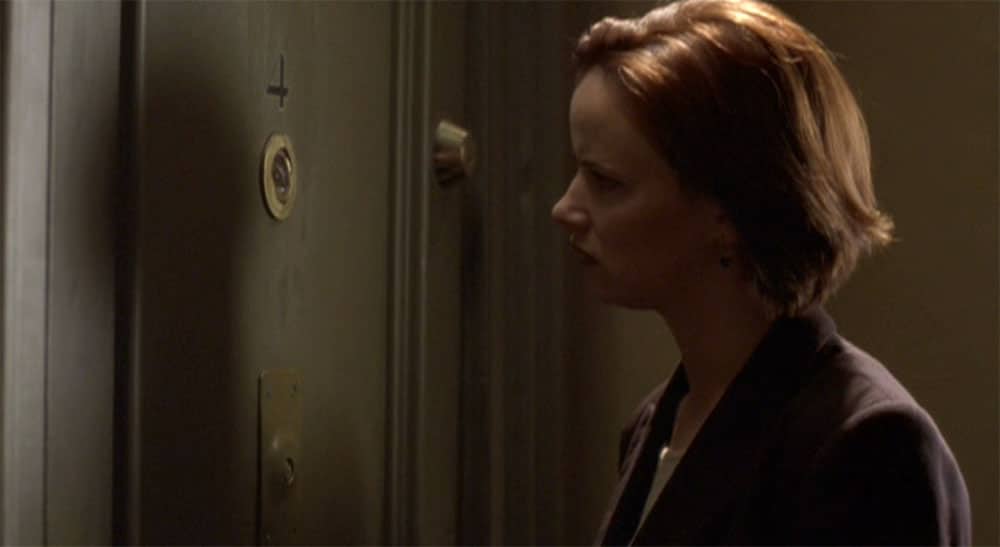 Living in the rent-controlled apartment of her deceased Aunt, a woman has a tremendous battle with her neighbor. Let’s dig into 1999’s “The 4th Floor”, directed by Josh Klausner.

The opening to this film is really odd. It is so out of context to start that it’s jarring. You’re not sure what aspects to focus on, which may allude to further trouble.

Once Juliette Lewis (who seems to have an underwear scene written for her in every film) settles into her rent-controlled flat, the red herrings start flying at you. It seemed like there would be some clever peeping going on between her and all the neighbors across the way. A menagerie of interesting folks reminiscent of my favorite Hitchcock film.

What it turned into was a back and forth with a neighbor downstairs about the noise that does not escalate far enough or fast enough to build proper tension.

A menacing peephole, filmed as if it is as threatening as HAL from 2001 piques the imagination, but it’s not enough. 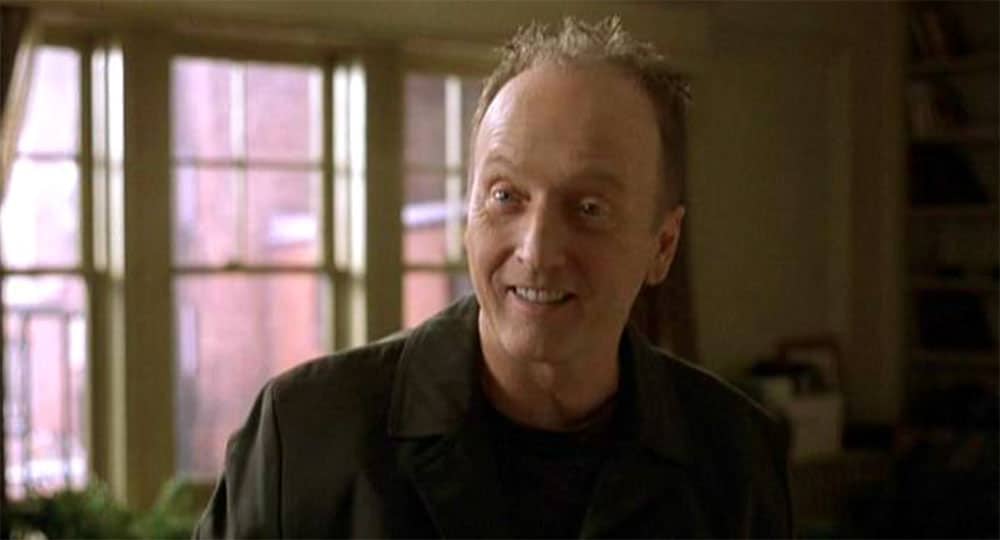 Mice and maggots don’t quite hit the note of gross-out horror. Characters with homage names do bring a reserved chuckle (Martha Stewart and Alice Cooper).

The two most ridiculous scenes — one in which Lewis stomps on a tiny piece of glass repeatedly (which she could have easily avoided by moving an inch in either direction) and another where the apartment fills with packing peanuts — bring some major eye rolls.

I did like the “surprise” ending, regardless of it being predictable, but it actually opens up some major plot holes. While I was writing this piece, news came across my feed of the passing of William Hurt. He had many great films, including Ken Russell’s mind trip, Altered States, Alex Proyas’ visionary Dark City, as well as countless other mainstream films. A loss to the art indeed.

Juliette Lewis is a legacy actor (her father Geoffrey Lewis most notably to recent genre fans was Roy Sullivan in Rob Zombie’s House of 1000 Corpses follow up The Devil’s Rejects) and got to act alongside her father in Christoher McQuarrie’s The Way of the Gun. She’s been at it since she was a kid, including one of my favorite films of all time, holiday season or not, National Lampoon’s Christmas Vacation. She’s famous and prolific enough that she doesn’t need much of an introduction or background run down, but she kicked ass in From Dusk til Dawn and most recently survived a plane crash in the hit Showtime series Yellowjackets.

Shelley Duvall has been in Woody Allen films (Annie Hall). She played a live-action Olive Oyl (Popeye) and she was the tormented (on-screen and off) Wendy Torrance in Stanley Kubrick’s adaptation of Stephen King’s The Shining.

Tobin Bell (The Lock Smith) obviously already had menacing in his toolbox of acting skills. In just a few years’ time, he would enter the horror lexicon as Jigsaw and become an iconic villain thanks to the Saw franchise.

Artie Lange (Jerry) was the sidekick to Howard Stern for years and starred alongside the brilliant Norm MacDonald in the undeservedly maligned Dirty Work. He’s a stand-up comic with a troubled past, but a great storyteller.

Austin Pendleton was the bumbling lawyer from My Cousin Vinny; who would have thought he had it in him? I’m sure there can be time-traveling offenses to be taken from some minor bits in the film, but none that I care to call out.

This was one of Shelley Duvall’s last roles before she changed lives, it is impossible to think of an actor who has given more than she did in The Shining. And she was delightfully frustrating here in her role as Martha Stewart.

There is nothing ripe here. It’s as rotten as the maggot-infested Alice Cooper from the fourth floor.

There has been no high definition release of The 4th Floor but you can search out a DVD or stream from Tubi, The Roku Channel, Hoopla, Pluto TV, or Film Rise.