“Dark City” is filled with mystery, terror, sorrow, and purpose. And it’s a perfect movie to encapsulate what’s happening in this moment.

To say 2020 was a disaster is the understatement of a lifetime. My life was nearly irreparably disrupted due to the events of 2020, resulting in a year-long hiatus from Morbidly Beautiful on top of everything else. And it’s obvious the rest of the country, if not the world, was hit similarly. Trapped in our homes, with unemployment rampant, political turmoil, millions dying or dead — last year was a swift kick to the face for humanity’s collective reality.

So, with 2021 representing the start of a new, fresh beginning, I’m finally dusting myself off to provide the first of many reviews.

With vaccines rolling out, the election over and done, and spring marching right into summer, I feel like my first review after getting my own life back together should be a film that encapsulates both cynical dread and unbridled hope.

Dark City, in my opinion, is an unappreciated gem of the late 90s.

Vastly overshadowed by another film that’s weirdly similar — cough, cough, The Matrix (1999) — Dark City is a film I had never heard of until 2018.

The film was a financial flop that no one saw due to poor marketing that is only now, thirty years later, getting the attention it deserves. In my opinion, this is in large part thanks to Mike Davis, editor of the Lovecraft eZine, who’s recommended the movie countless times to his readers. Without Mike’s recommendation, Dark City would have remained in obscurity for myself and many others.

This means I would’ve missed out on one of the greatest films I’d ever have the pleasure of seeing.

First, a preface explaining one small, but extremely important, detail. Not about the movie itself, but about how to watch the movie.

In the lead-up to watching Dark City, it’s important you know nothing about its plot. 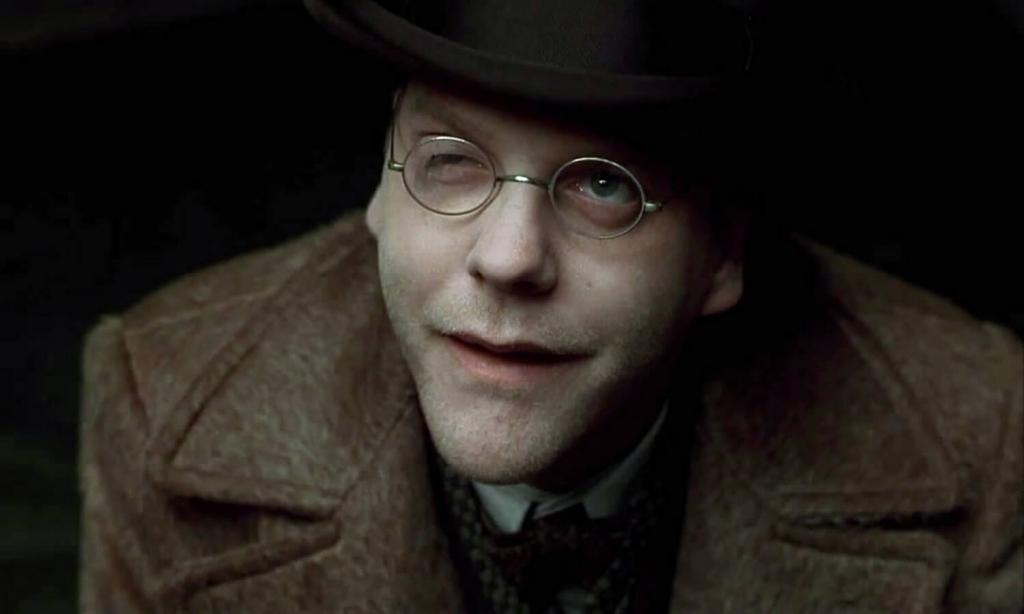 The general premise is easy enough to sum up: John Murdoch (Rufus Sewell) awakens in a strange metropolis with no memory and told by a mysterious man that strange people are hunting him down. Already an interesting concept, but Dark City is filled with twists and turns one doesn’t want spoiled. And everyone reading knows just how frustrating it is when a friend or family member accidentally drops a spoiler for something you haven’t seen.

So how would you feel if the movie spoils itself for you?

When showing the film to focus groups, it’s rumored that New Line Cinema, Dark City’s distributor, received comments saying that Dark City was too “confusing”. Taking this criticism from the testers, the company recorded a voiceover from Kiefer Sutherland, who plays Doctor Daniel Schreber, at the last minute. In this voiceover, New Line Cinema has Sutherland explain not only the entire mystery but the plot of the movie. They then had editors put it at the very beginning.

If Dark City’s theatrical version were the only one to exist, I would say either avoid the movie entirely or jump five minutes ahead. 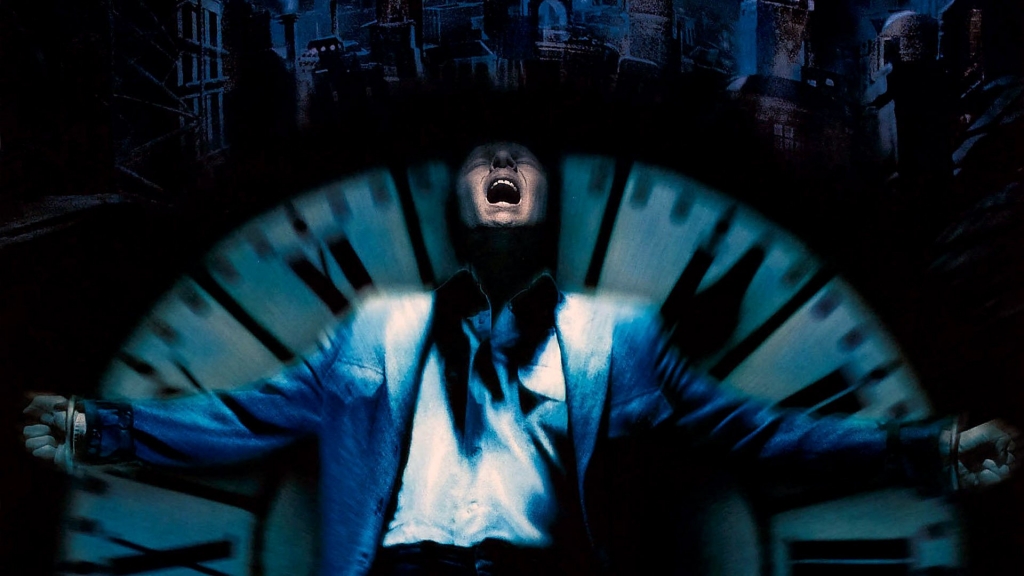 What New Line Cinemas decision did was rob Dark City any sense of nuance, intrigue, or mystery.

The audience no longer has any reason to watch anything leading up to the climax, eliminating the story’s tension. Hitchcock is famously quoted as saying that tension is when two characters sit down at a table, and then the audience is shown a bomb secretly hidden underneath. If New Line Cinema had it their way, that scene would look like a waiter looking straight at the camera and saying, “There’s a bomb under the table,” before any main characters show up!

Luckily, the theatrical cut isn’t the only version of Dark City out there.

In 2008, in conjunction with the Blu-ray release, Alex Proyas was able to re-edit the film without the voiceover. This resulted in the Director’s Cut, a completely remastered version of the film edited by the director how he wanted it from the beginning.

This means though that when you look up DARK CITY you get two different versions. The theatrical cut with the voice-over, and the Director’s Cut without. If you decide after reading this review that you want to experience DARK CITY, I strongly recommend you watch the Director’s Cut. Currently, it’s on Amazon, in all its remastered, Blu-ray rip glory.

So then… how is Dark City?

Dark City is, without a shred of doubt, one of the greatest, most impressive films I’ve ever seen. 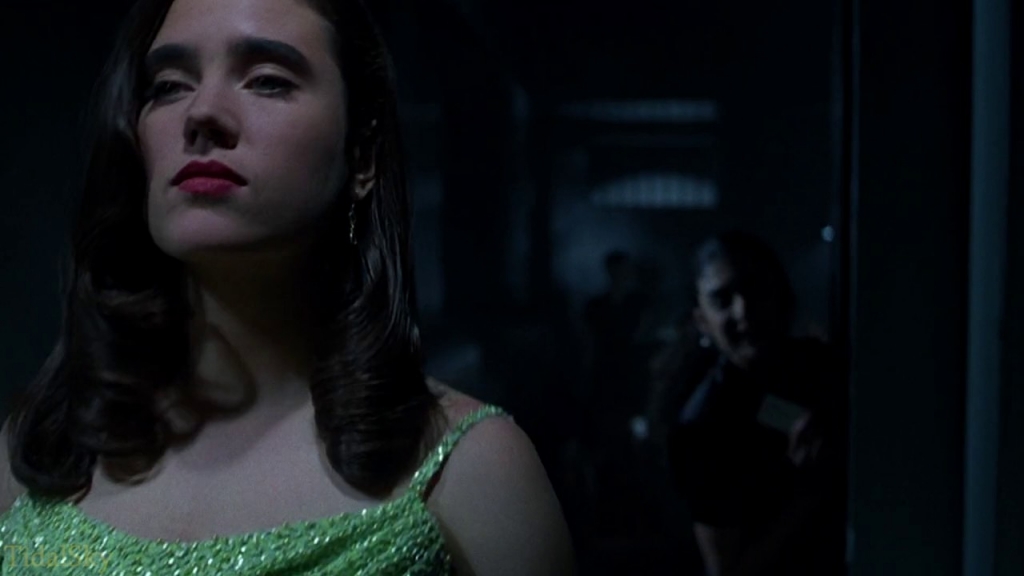 I wish I could go into more depth about Dark City’s level of artistic detail and have my takes be fresh and unique. Unfortunately for me though, this film has been talked to death by critics, who also came away with the same feeling I did — even after watching the theatrical version! To sum up my feelings, Roger Ebert called the film, “a great visionary achievement.”

If I were to expand on that, I’d probably say this… Alex Proyas, clearly, had a vision.

He and his team were able to masterfully use the art of filmmaking, honing every aspect of the craft, to create Dark City. Everything in this movie feels like it was made by dozens of grandmaster filmmakers, all working in tandem without even one break from Proyas’ vision. The script, lighting, art direction, acting, music, editing; it’s all been meticulously forged to transcend a normal viewing experience.

It is, to put it mildly, an