Chase Smith directs the suspenseful and surprising indie horror film, Dark Roads 79, about a rock star who trades his soul for fame and fortune. Chase Smith (Creature Feature) writes, directs and stars in this high tension horror film set in late 1979. Co-written by Richard Krevolin (who also appears in the film), it centers on a once famous and successful southern rock band known as Dark Roads whose star has faded, aided in no small part by the self-destructive tendencies of their temperamental front man Bobby Gray (David Flannery).

With their label band threatening to drop them if they can’t come up with a new sound, the lovely band manager Grace King (April Bogenschutz) secures a secluded cabin for the bandmates and a few close friends to recharge and embark on a fresh start. Unfortunately for everyone, Bobby Gray’s sinful past is about to catch up with him…and there is hell to pay!

Every horror fan knows nothing but trouble is ahead when beautiful young people trek to an isolated cabin in the woods for a getaway fueled by sex, drugs, and rock and roll. It’s not surprising that things don’t go well for these ill-fated friends. What is surprising, however, is exactly how and why things go so bad.

Dark Roads 79 definitely qualifies as one of the most unique and highly original horror films I’ve seen. It’s a smart and stylish genre mashup; think Almost Famous meets Cabin in the Woods. 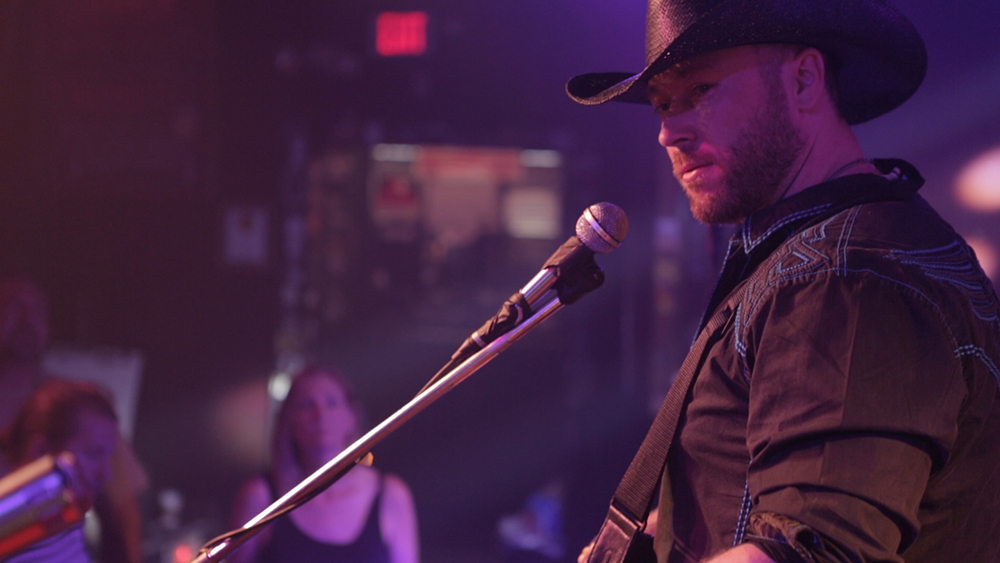 The film opens with a great shot of a country crossroads, followed by some brief hellish imagery. This is a clear allusion to the Mississippi crossroads where blues legend Robert Johnson was said to have sold his soul to the devil in exchange for musical greatness before his untimely and mysterious death a few years later. This point is hammered home during Chase Smith’s introductory narration that immediately follows.

We then cut to an introduction of the band Dark Roads, as they struggle through a disastrous set. Bobby Gray is getting cozy with a groupie backstage. The other band members ask if anyone wants to take his place, and a mysterious man (NFL great turned actor Eddie George) takes the stage to play a quick tune. He wows the crowd with his bluesy ballad. While we’re never told who the man is, it’s made pretty clear that he’s none other than Johnson himself. He serves as a harbinger for things to come, telling the band they will find out who he is soon enough.

From there, the band piles into a beat up bus and heads to a cabin to work on their sound. There’s a great scene on the way where everyone on the bus bursts out into song, and it’s very reminiscent of the brilliant “Tiny Dancer” scene in Almost Famous. Those of you who have seen that film will know exactly what I’m talking about.

When the gang arrives at the cabin, it doesn’t take long for us to realize the party is over. They meet the Caretaker Joseph Willams, played by horror icon Bill Moseley in a brief but memorable role. While I wish he would have had a larger part, Smith makes the most of Moseley’s considerable talent, giving him some truly juicy lines and allowing him to steal the show — even if just for a few minutes.

Although never truly scary or excessively gory, there should be enough kills, blood and suspense to satiate most horror fans. However, the real strength of the film lies in its creativity, interesting characters, and exceptional soundtrack.

Music always plays an important role in horror, helping to set the mood, create tension, and amplify fear. However, in Dark Roads 79, the music is integral to the plot of the film, becoming a character in and of itself. The film’s writer/director, Chase Smith, was also the composer. And the long-time fan of southern rock contributes to the movie’s rocking original soundtrack, along with Black Mountain Shine, HH Jenkins, and Mark Cook.

Although clearly a stylistic choice by Smith, some of the film’s editing techniques, including heavy use of screen swipes and freeze frame, can be a bit disorienting. But the film is well shot, with a great retro aesthetic that gives it a considerable charm and creates a sense of authenticity.

It’s a wholly unique viewing experience that leaves a lasting impression. And, unlike many horror films, it maintains a high degree of rewatchability. 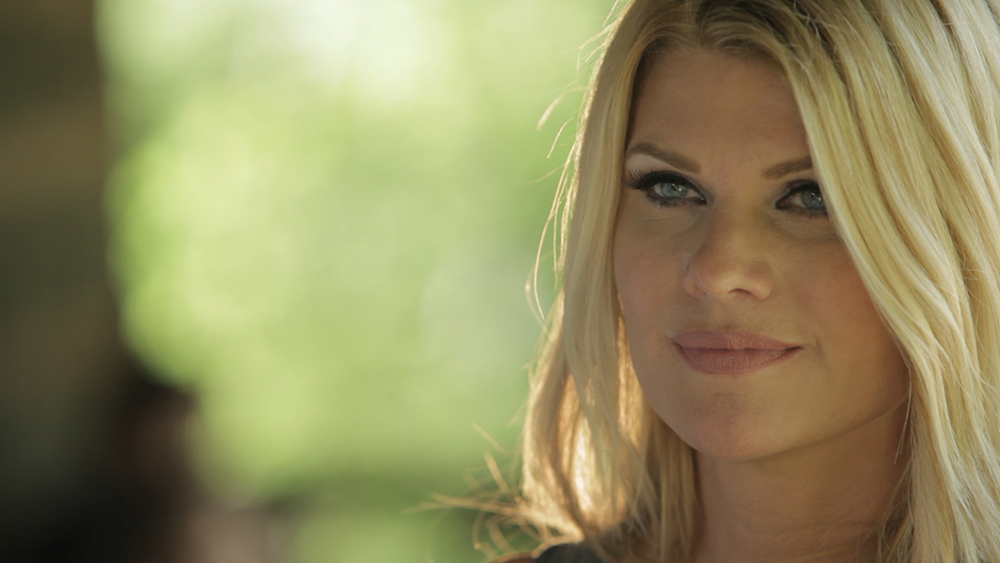 Check out the official trailer/music video for Dark Roads 79 below, including the original song “Dark Road” written by Chase Smith with arrangement and performance by Chance Kelley.