FX From the Inside: On the Set of GEOFFERY

One of the great things about being an independent FX artist is that I can pick and choose when I want to work on a project. I have worked on a variety of low budget horror films over the years (Christine Parker’s The Forever Dead (2007), Voltron Jones’ Z13: The Zombie Within (2007-8), Aaron Harvey’s The Evil Woods (2007), Mischa Perez’s Mental Scars (2009), Kevin Newton’s Heredity (2010), as well as a host of shorts over the years). I have worked on projects that used the first and second generation mass produced digital cameras up to 35mm film.

But this new project was going to take me into a realm I had never experienced before: a RED Digital Cinema camera…

All of this began by answering an ad on Craigslist.  These days in NC, not many of them wind up being legit work.  But out of the blue, this ad pops up from Vision Twenty Films casting for a horror short to be shot in Raleigh/Durham/Chapel Hill area.  I contacted them about possibly helping them with any FX needs they may have had, as well as covering the filming for a media piece. Co-owner of Vision Twenty Films, Josh McLean, emailed me back right away and was happy to have me on board.

Not long after that, Josh provided me with a clown mask that he had found on Ebay and gave me a basic description of what they were looking for. I thought of several different techniques, and after presenting them to him, he pretty much gave me creative reign to make the mask look burned and charred.

I used a basic technique that I learned from Bill Mulligan (a fantastic FX artist based out of Sanford, NC and who I worked with on The Forever Dead, Z13: The Zombie Within and The Evil Woods) that involves simple, store brand Jello. While my initial approach of using latex, spirit gum and cotton would have been effective, it would have added an extra bit of weight to the mask as well as being more brittle and time consuming to fix on set. With the Jello, you simply heat it up until it melts, and at that time you can spread it on a surface and sculpt it. After applying several layers, I scraped out several deep burns on the mask while not damaging it in any way.  I simply painted the inner wounds with red creme paint and highlighted the edges with black eyeliner. After that, I filled in the wounds with a thick stage blood so that it would not run.  The final piece was to take charcoal ashes and dusting them over the mask and the fresh blood. Should anything happen to the mask, repairs would be easy and take only minutes.  I brought the other supplies in case of disaster, but everything worked out perfectly at the first try-on. The mask was form-fitting and very eerie. 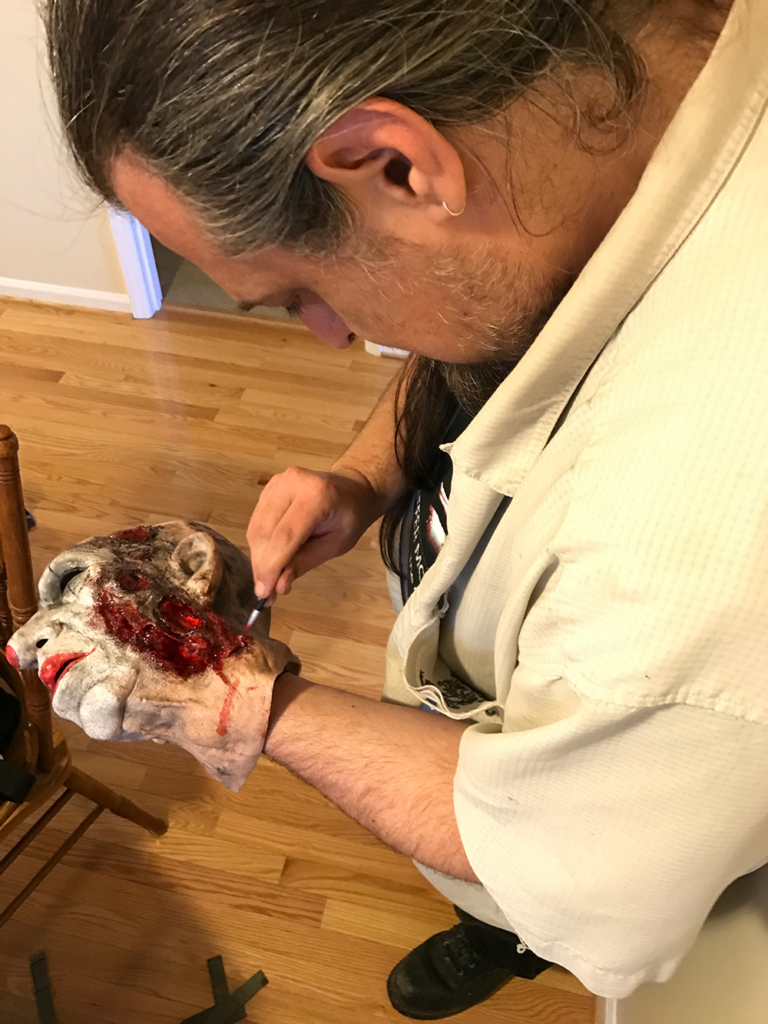 I rode out to the first shooting location with Josh and met the other Co-owner of Vision Twenty Films, Marqus Horton, and Writer/Assistant Director, Jonathon Leach. They were all excited to meet me and see the mask, as well as get the shoot going. The first shots were all conducted on a school bus in a parked lot so that they could get the banter of the children.

What struck me about this particular moment was how smooth the crew was and how on point the kids were.

Parker and Hannah Ludwikowski, Neil Given, Isaac and Isabella Crowder, Jayce Kelly and Jahlil Brooks were just so good to work with and extremely good at remembering their lines. I also applaud the crew, as I watched them film while we did a few scenes while the bus was driving through a residential area. The camera work was sharp and precise, and with every take they managed to pull new dynamics from their young actors and actresses. 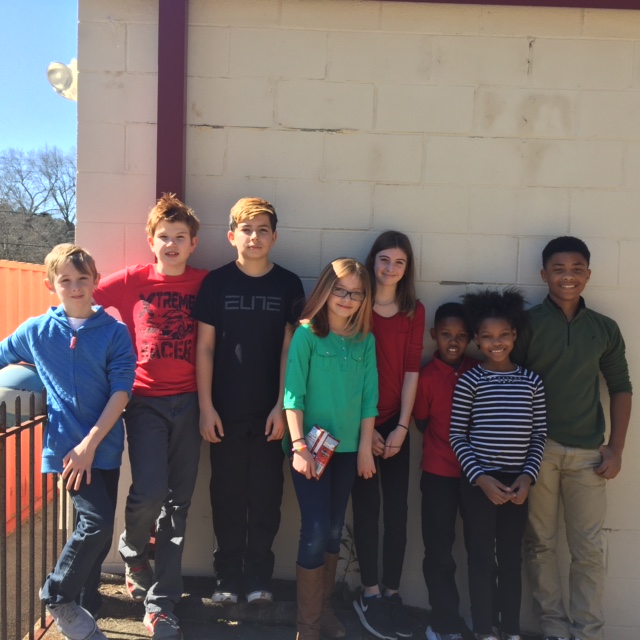 Once we shifted to the second location, the rest of the adult cast was introduced to me.  Kevin Darbro, who play the title character and Jess Cevetello Spingola were on set and waiting to shoot their scenes. Jess admitted that she was not a fan of clowns and would not be hanging around while I was working on the mask. Kevin got into costume and I made a few small adjustments to the mask. I put the mask on him and it was quite a site to behold. The mask was basically form-fitting, so his facial movements were able to be seen, in particular his eye movement.

I decided to go outside and have a smoke, but even while outside, I could here the horrified gasps and screams from the cast and the crew when he first walked into the room in full costume! I rushed inside to see the looks on everyone’s face and they all applauded my work, to which I am very grateful.

But the best part was still to come…

I had seen Kevin in the mask and costume and thought it looked good. Even in pictures, I thought it looked good. I was not prepared for how he would look on a RED camera and was almost dreading it as they pick up SO much detail. But the first time Kevin comes out of the shadows and is full frame in the picture, it will make you jump. Kevin even gave the character a bit of that Michael Meyers/Jason Voorhees type of body movement, so there was a heavy atmosphere whenever he came into the frame. On top of that, Marqus, Josh and Jonathon did a fantastic job lighting and framing the entire scene. Parker Ludwikowski (in the lead role of Tristan) was a trooper the whole time. Even as his energy flagged towards the end, he pulled out a fantastic performance and managed to keep his level of terror at the same level all the way through. 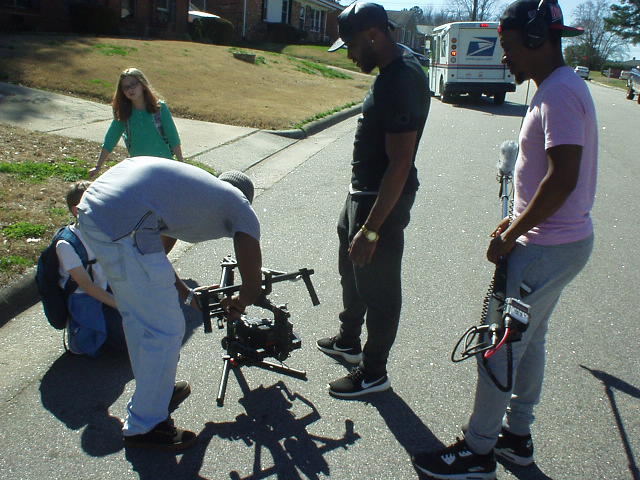 Another instance of brilliant film making that I experienced was how well Marqus, Josh and Jonathon did while composing shots. They were always discussing different ways and angles of catching a shot, always coming up with new ideas and compromising with one another until they found exactly what they wanted. There was no ego involved, and all of the effort went into making the project the best that it could be.

Their use of light was fun to watch as well. One scene in particular is bathed in a very deep red hue — think along the lines of Dario Argento’s Classic Suspiria (1977). While looking through the monitor, they were able to adjust the level of the light to maximize the atmosphere of the shot. Add to that the powerful performance of Kevin, and the short has a very effective jump scare that could have people talking for a long time to come. 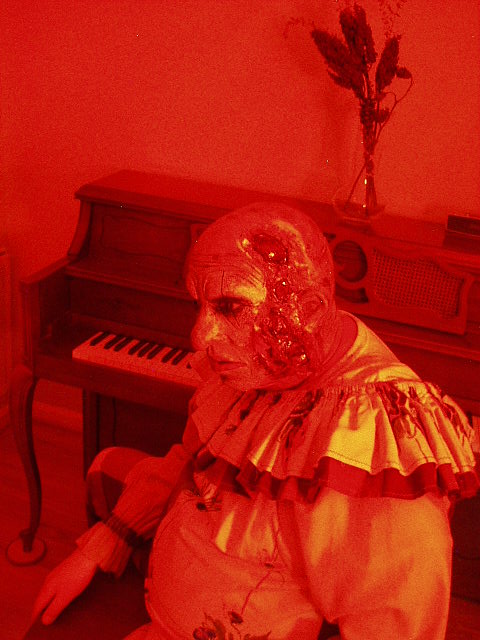 Overall, this was a fantastic experience!

The cast was amazing and were on top of what they needed to do the entire day of the shoot. I can not say enough about how well VisionTwenty Films is run and how smooth they made the entire shooting experience. You can always tell when you are working with someone who thinks that buying an expensive camera will make them the next big director in the industry…and one who actually has taken the time to not only get top-notch equipment BUT ALSO the knowledge of how to use it.

I honestly feel like these guys have a project that they can turn into a feature length film, and I would not be surprised to see this short get some run of the festival circuit. If you have the opportunity to work with Vision Twenty Films, I highly suggest that you do so!