A daring commentary on gender roles, sexuality, and equal rights wrapped with an appealing gothic horror tale and even more appealing actors. 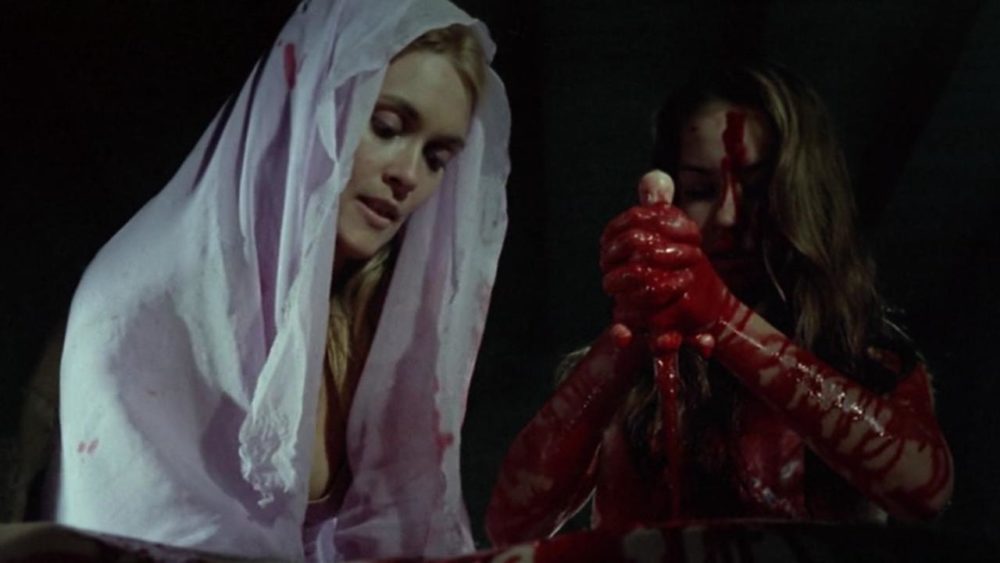 A newlywed woman is haunted by the spirit of a vampiric ancient bride named Carmilla. Let’s dig into 1972’s “The Blood Spattered Bride”, directed by Vicente Aranda!

Based on Irish author Joseph Sheridan Le Fanu’s 1872 novella “Carmilla”, which antedated Bram Stoker’s Dracula, this adaptation is rife with portrayals of inequality amongst the sexes.

There is some really aggressive behavior against women, which feels more of a commentary than a blueprint. They don’t seem to be condoning it but showing the brutality as a way to make you feel uncomfortable with the behavior, as you should.

Some great “ancient” scenery is complemented by two unique beauties in Carmilla and Susan. The dream sequence where Susan stabs her husband is especially brutal and the 3M is placed perfectly on her face.

Carmilla’s mantra to Susan — “Kill him, destroy his masculinity!” — sounds like a war cry, and the ending, bleak as it is, leaves you with a sense of female immortality even in the face of defeat. 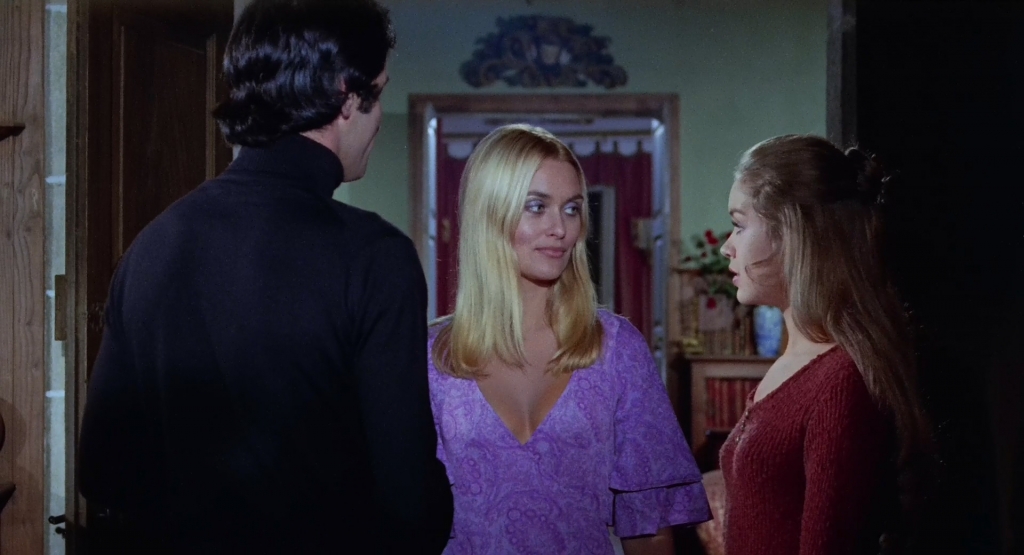 Simón Andreu (The Husband) popped up in the Brian Yuzna directed Lovecraftian sequel Beyond Re-Animator as well as the Brosnan Bond film Die Another Day.

Alexandra Bastedo also has a Bond connection, she was in the Bond spoof Casino Royale is Too Much… For One James Bond!

I’m not sure if this was intentional, and if it was it is very out of place for the tone of the movie, but directly following a close-up shot of female pubic hair it cuts right to a gardener clipping hedges.

Secondly, I don’t see how they could have faked shooting the fox. I don’t see much outrage or mention of the scene, so maybe it flew under the radar all these years. 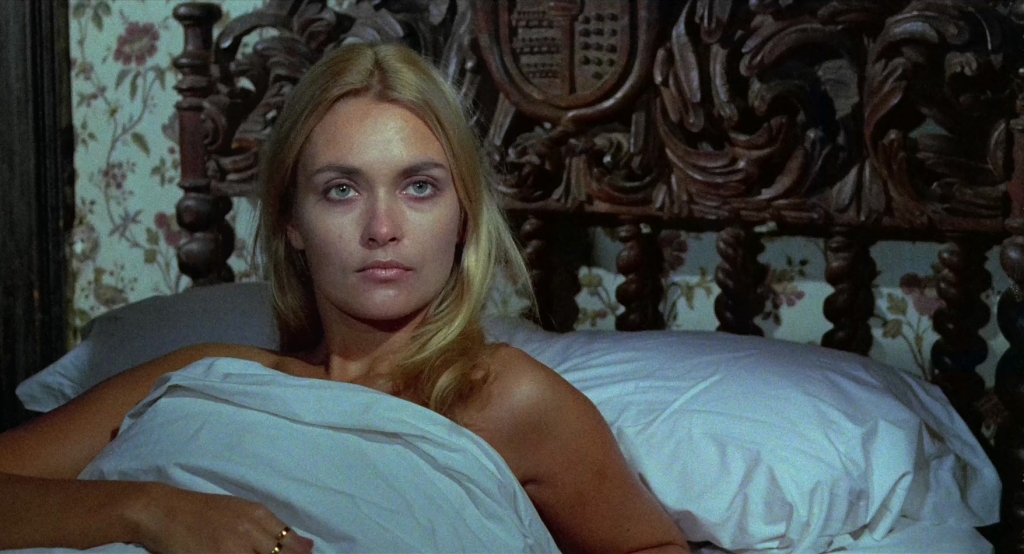 Some of the most beautiful women ever put on screen graced the celluloid of this film, including British actor Alexandra Bastedo (Carmilla) and the Madrid-born Maribel Martin (Susan).

As recently as 2017, there was a comedic, Canadian adaptation of the material dubbed The Carmilla Movie. I don’t see many people rushing to make old-school gothic horrors like this.

The source material may be the culprit behind all lesbian vampire films. There were a handful of adaptations besides this one, including Barbarella writer/director Roger Vadim’s renowned Blood and Roses, and Hammer Horror’s The Vampire Lovers starring Ingrid Pitt, both of which predate The Blood Spattered Bride.

There are a couple of DVD releases including one from Blue Underground that I had stumbled upon at Best Buy when they used to sell stuff like that. But the Blu-Ray release by Mondo Macabro is worth the upgrade. It looks exponentially better than the prior transfers. There is ONE left in stock over at Diabolik DVD. You can also stream on Tubi or Pluto TV, or rent it on Apple TV and Amazon.