The stars now shine a little brighter on Hollywood Blvd as beloved horror icon George A. Romero is finally, posthumously added to the legendary Walk of Fame 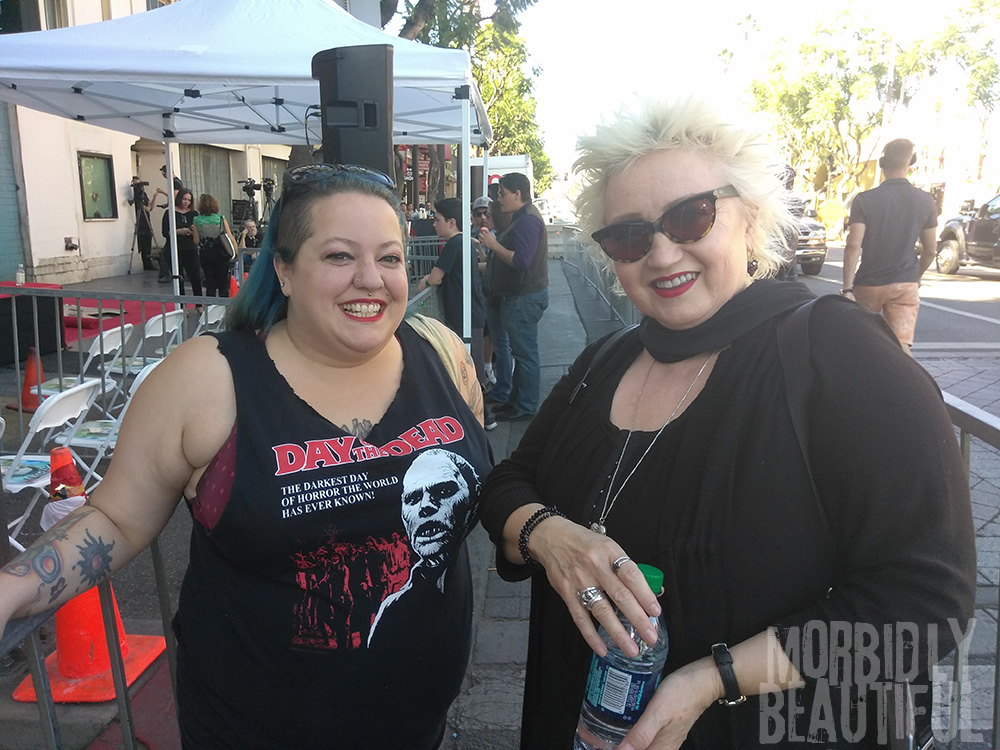 On October 25, 2017, the legendary film maker George A. Romero was honored with a star on the Hollywood Walk of Fame, and I was lucky enough to be in attendance. It’s perfectly located outside of a magic and costume shop on Hollywood Blvd.

The first to speak in honor of George was Edgar Wright, writer/director of Shaun of the Dead (among other great films). He spoke of George’s love for Shaun of the Dead, and how George thought it was hilarious (as we all do). 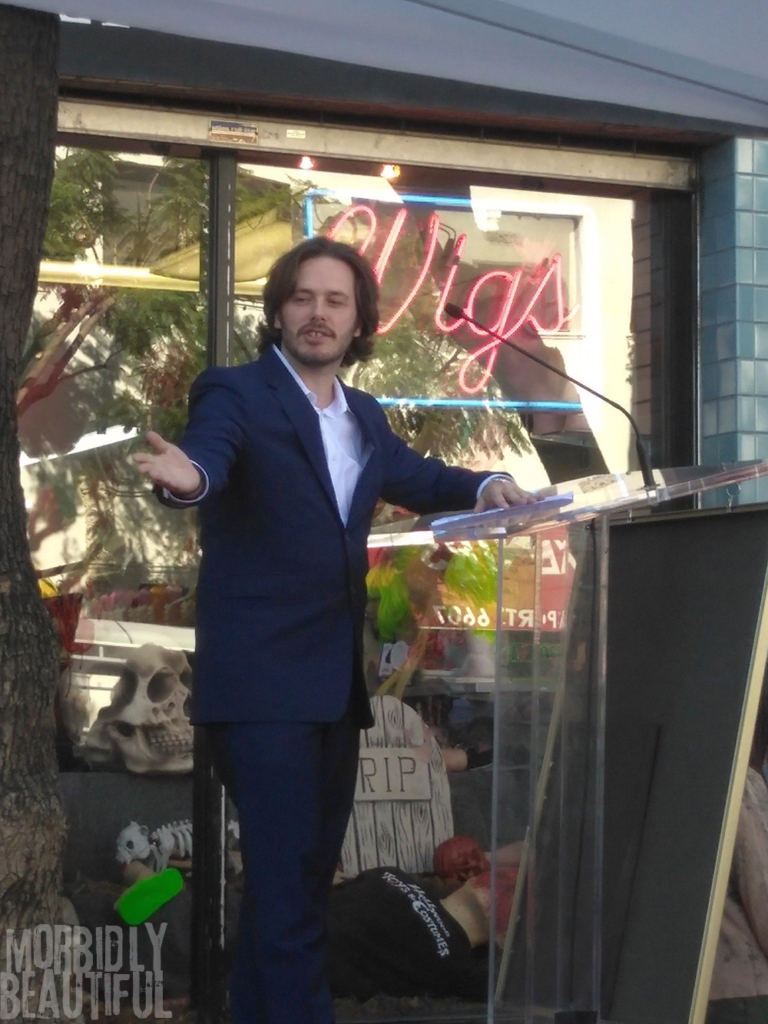 Greg Nicotero (co-executive producer of The Walking Dead and accomplished SFX artist whose first major job in special effects was on the George A. Romero film Day of the Dead in 1985, under the tutelage of Romero and make-up effects veteran Tom Savini), spoke fondly of how if, it weren’t for George, he’d be taking kidneys out of real people instead of doing what he really loves — grossing people out with his amazingly detailed effects. 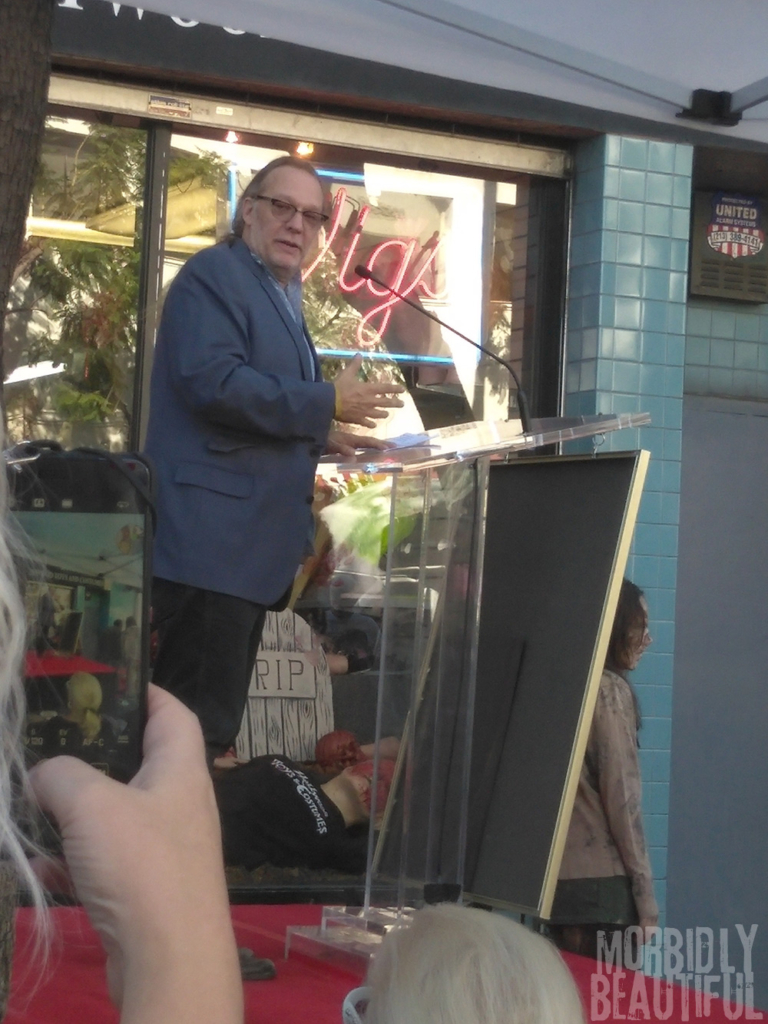 Malcolm McDowell (A Clockwork Orange, Rob Zombie’s Halloween) told us how he felt like he didn’t belong there, since he’d never worked with George, but they were close friends. He shared a few funny stories and left the podium to George’s widow, Suzanne. 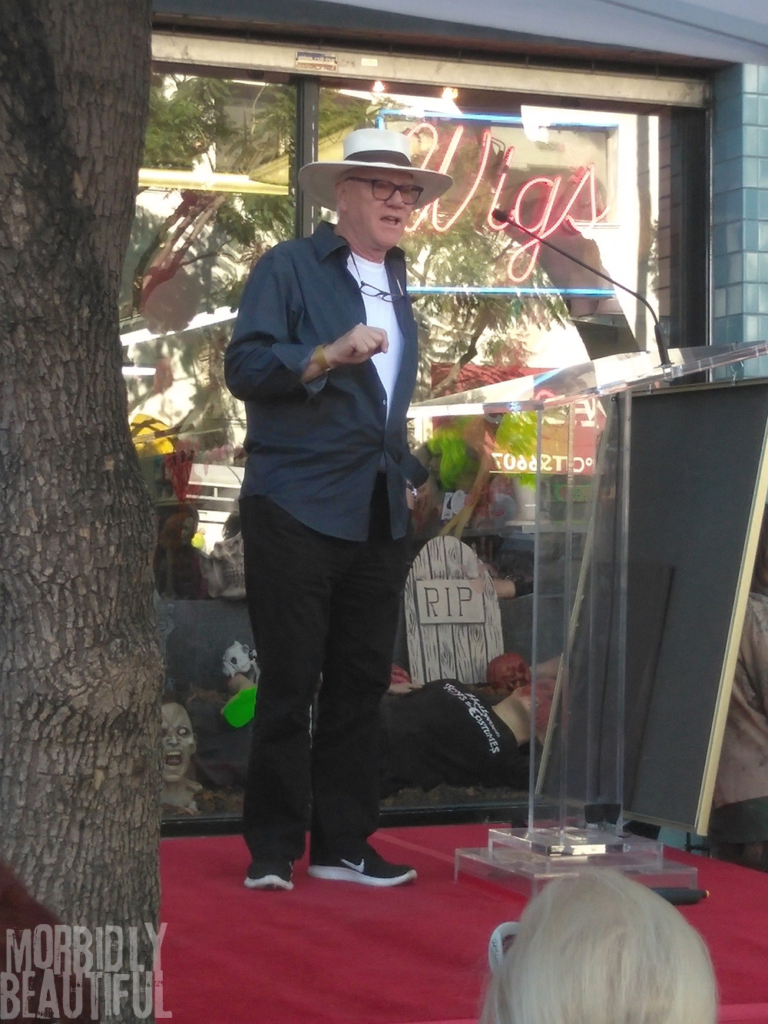 Suzanne graciously accepted the star on George’s behalf and let us all know that George knew he was getting the star. However, he thought that only his kids would be excited about it. 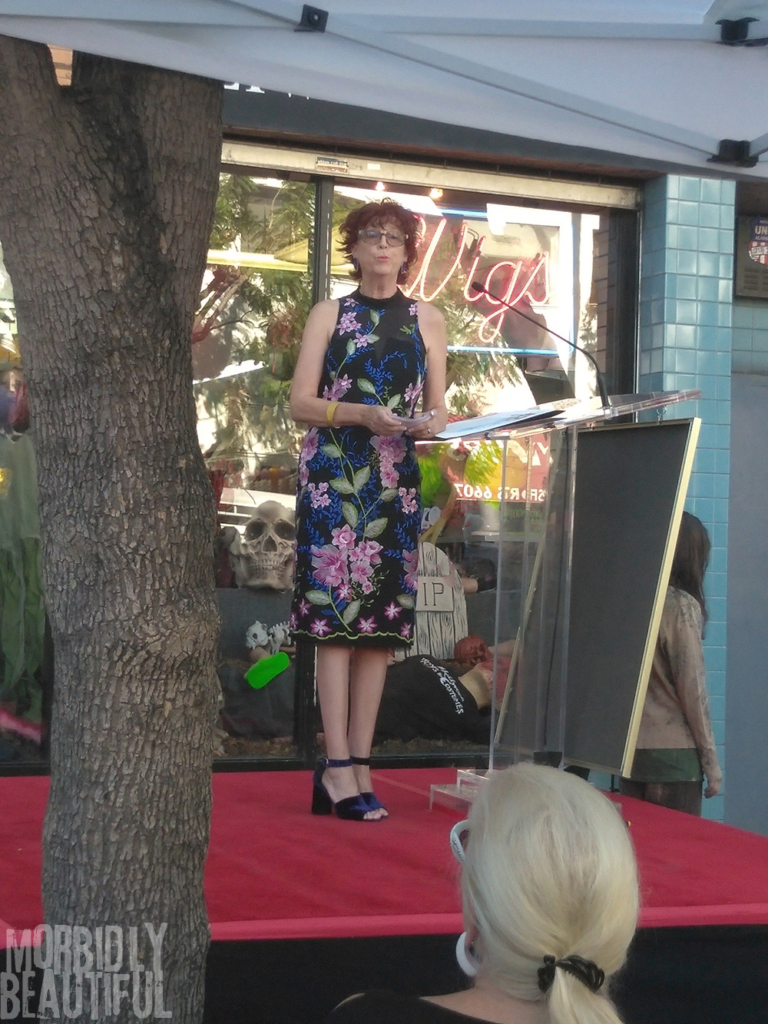 From the stories shared about George, I gathered that he was a humble, hilarious, and good natured person — a person whose presence is deeply missed.

Also in attendance but not giving speeches were Tom Savini, Barbie Wilde, Courtney Gains, and Traci Lords. From my point of view, it was a magical day, and I was honored to be in their presence. 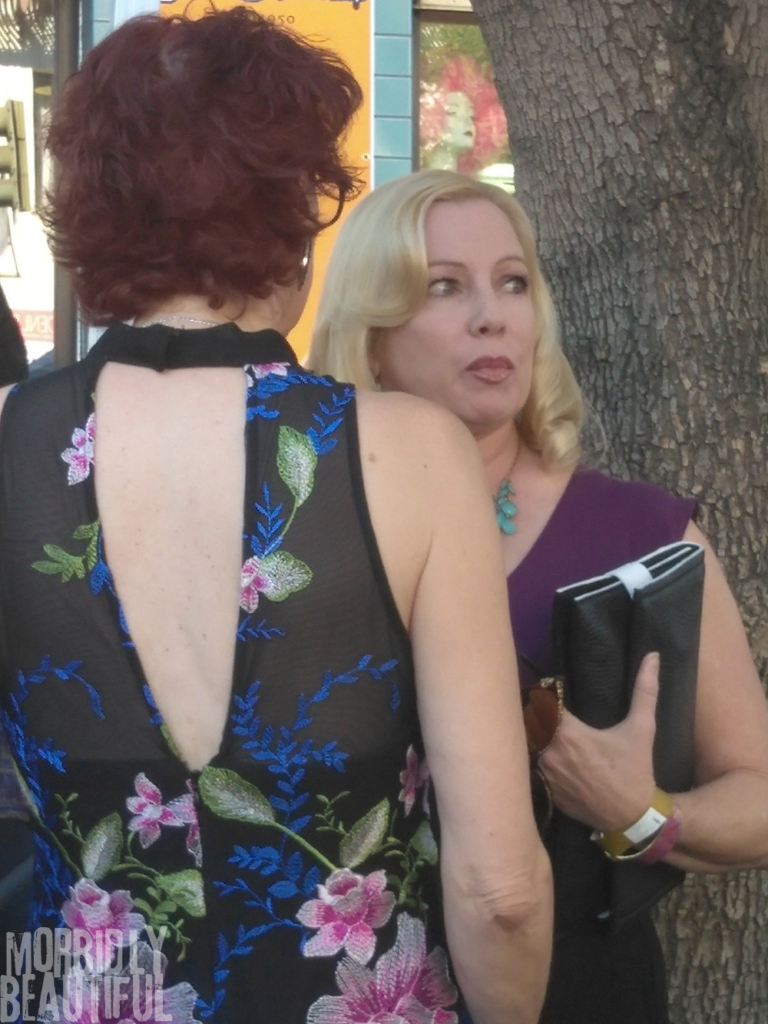