Guillermo del Toro takes his rightful place among Hollywood royalty, while offering a message of hope for the outcasts and acceptance of others. 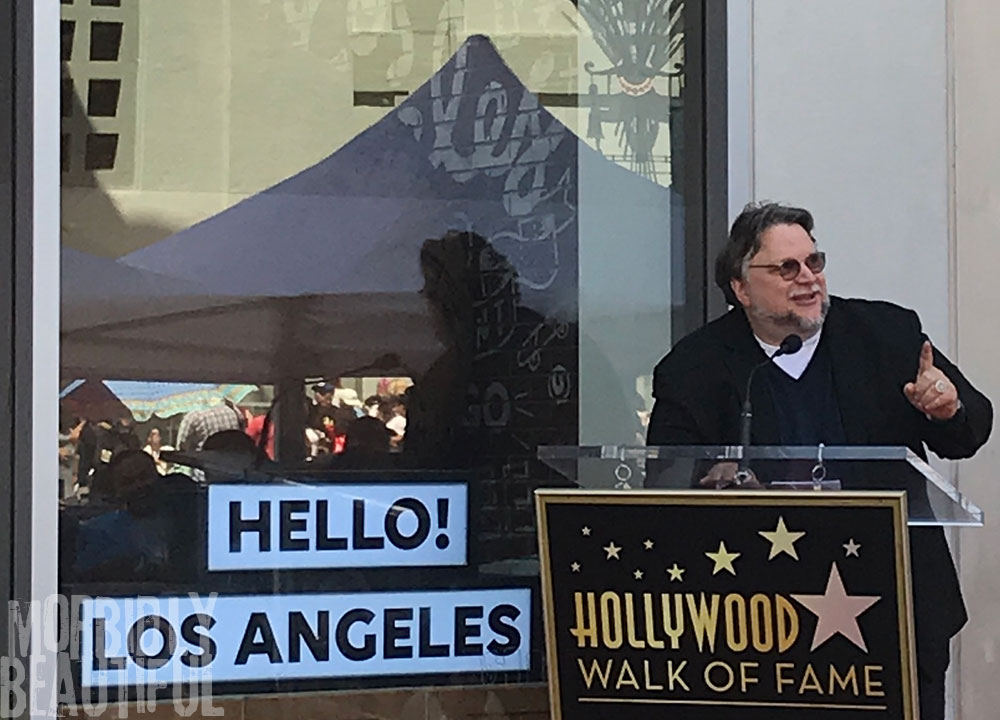 A legend was immortalized on August 6th, 2019, when Guillermo del Toro received a star on the Hollywood Walk of Fame. And we were honored to be there to capture this historic moment and experience firsthand the overwhelming emotion of the occasion.

The Academy Award Winner is the 2669th person to be honored with a star, and the ceremony featured special guest speakers J. J. Abrams and Lana Del Rey. Both are longtime friends of del Toro. Many other friends and collaborators also joined him for the occasion, including: Ron Perlman, Clifton Collins Jr., André Øvredal, and fellow Walk of Fame star honorees Mary Steenburgen and Ted Danson. 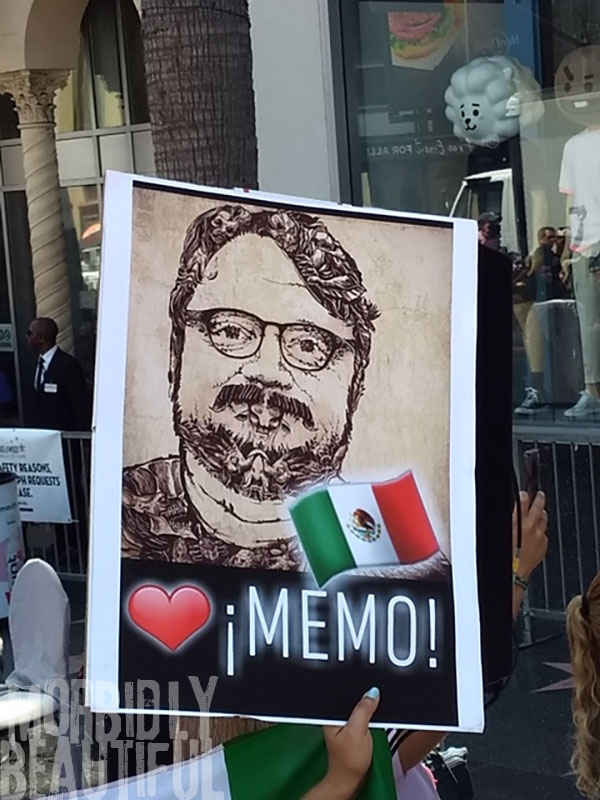 Guillermo del Toro is a notable multi-disciplinary artist who got his start in special effects makeup and continued to focus on monsters as he transitioned from makeup to producing and directing.

“There were people that were here who were as weird as me, and that gave me hope. This star is for all of you that feel weird,” del Toro stated, “I will spiritually be here for you any time you want to come.”

J. J. Abrams noted del Toro’s great compassion, calling him: “One of the most creative minds in the industry, and one of the biggest hearts.” 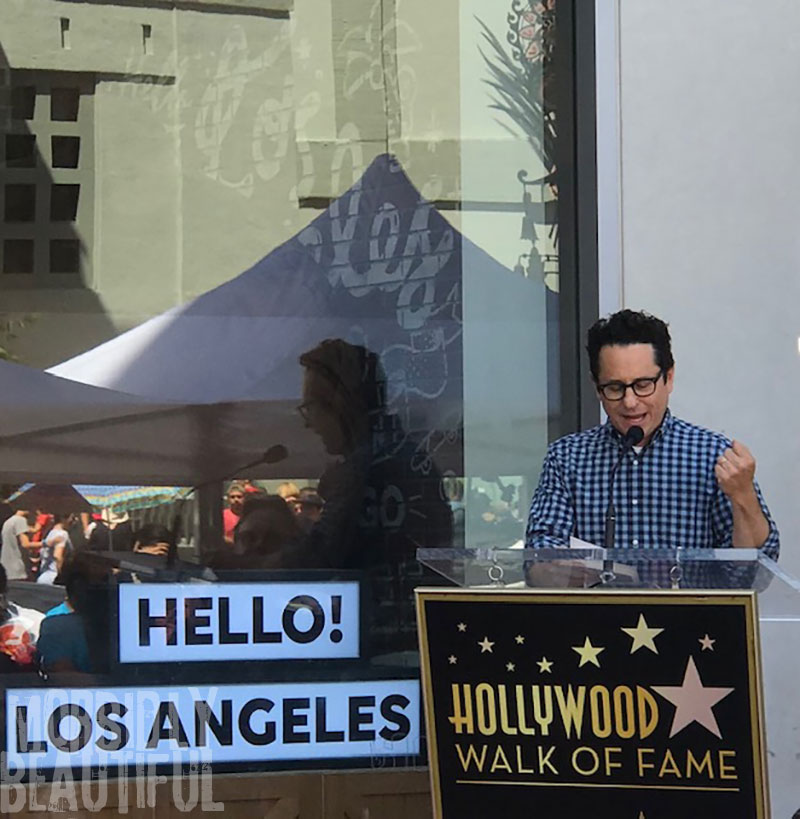 The same energy of love and acceptance could be felt throughout the crowd that lined up for hours in 90 degree weather to celebrate the Mexican-American director. Rows of people gripped onto posters and sketches inspired by his films, and Mexican Flags waved high in the air. Chants of “Sí se puede!” echoed through the streets during the dedication. It was not only a celebration of Guillermo del Toro and his work, but a celebration of immigrants and those who feel outcast.

“I am Mexican, and I am an immigrant,” he reminded. “We are in a moment of great fear and division. That why fear is used; it’s used to divide us. It’s used to tell us that we’re all different; that we shouldn’t trust each other. The antidote of that is to come together, and to realize that those divisions are complete fantasies.” 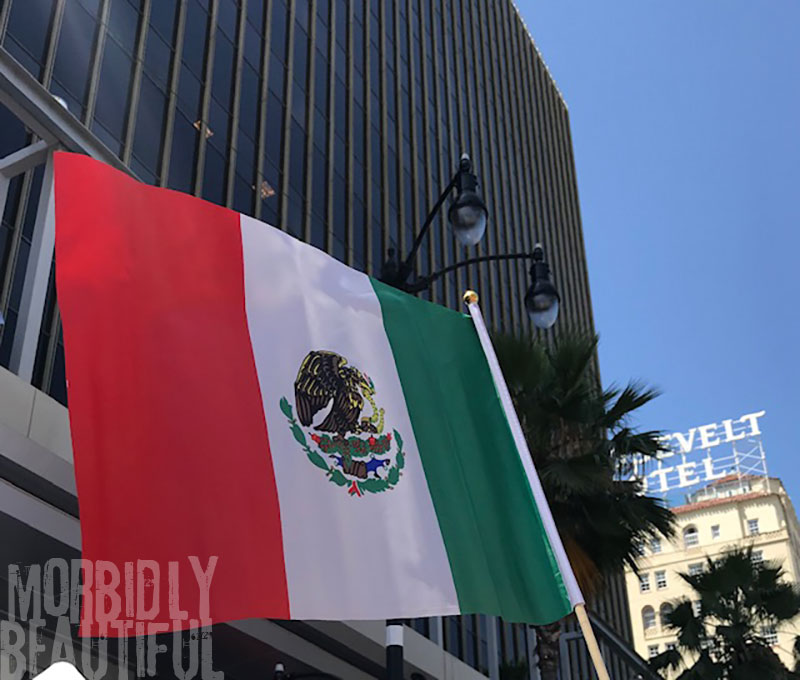 Del Toro spoke on his humble beginnings after immigrating: sharing a hotel room with four other men at Highland Gardens and sharing chili dogs with one another when money became scarce. He remembered that the cheapest form of entertainment they could indulge in was walking up and down the Hollywood Walk of Fame looking at the stars.

“As a Mexican, receiving this star is a gesture. This is very important that it’s happening right now because I can tell to all of you, all immigrants from every nation, that you should believe in the possibilities and not the obstacles. Ever. Do not believe the lies they tell about us. Believe in the stories you have inside and believe that we call can me a difference.”

He encouraged everyone to use their own gifts to bring creativity into the world, and emphasized the importance of the stories that we all have to share. 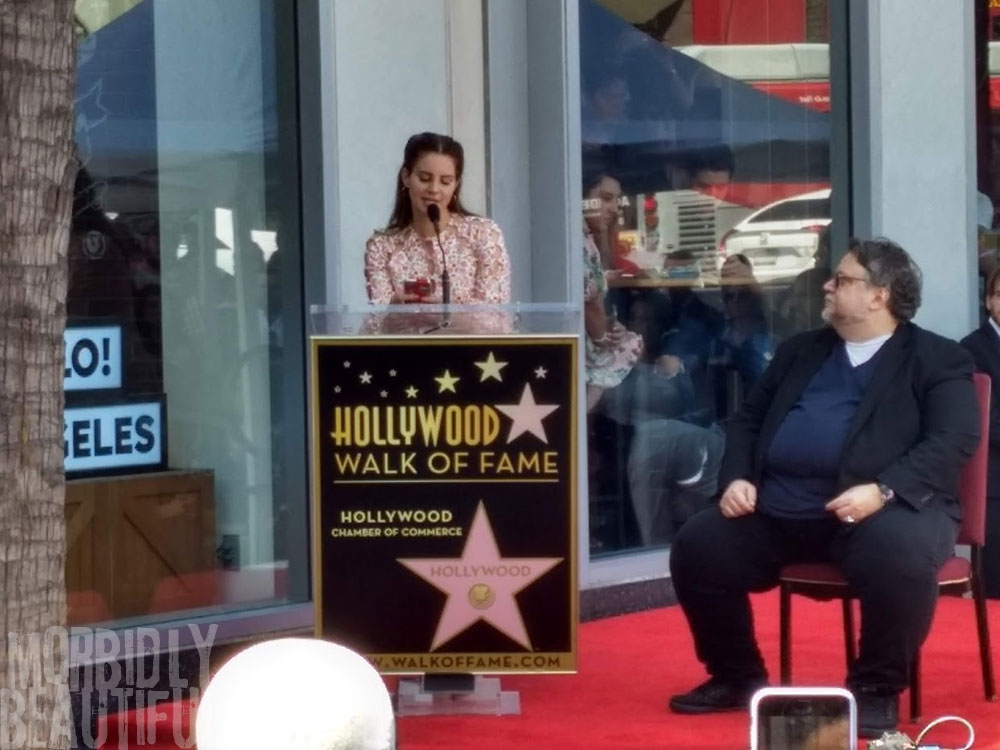 “Contrast ignorance and brutality with love and beauty,” he challenged. “The darkness lurking around us must never be underestimated.”

Recordings of the live stream of the dedication ceremony can be found on Variety’s YouTube channel, and Guillermo del Toro’s star is located across the street from the TLC Chinese Theater and in front of the Line Store.

His latest film Scary Stories to Tell in the Dark opens August 9th. 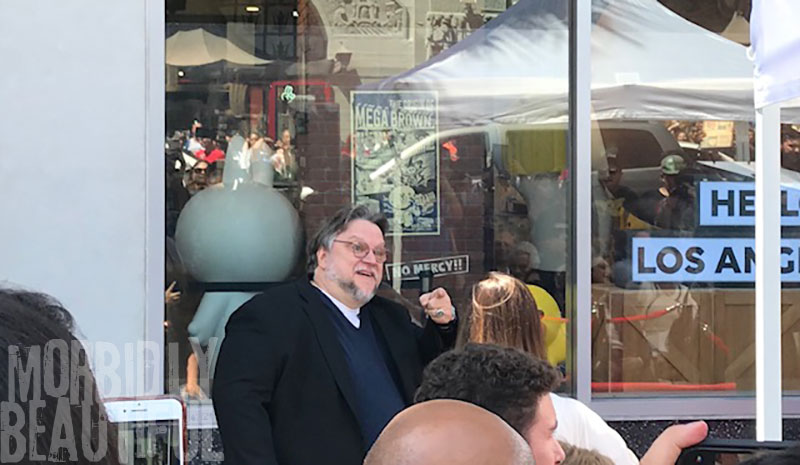 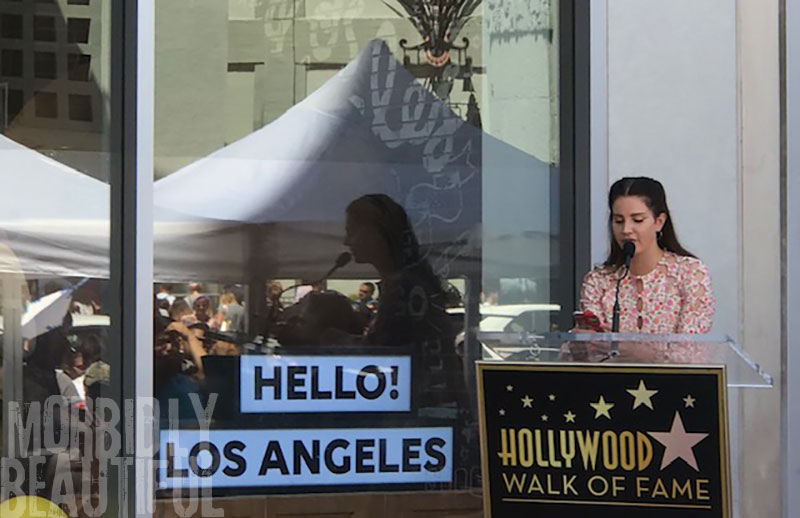 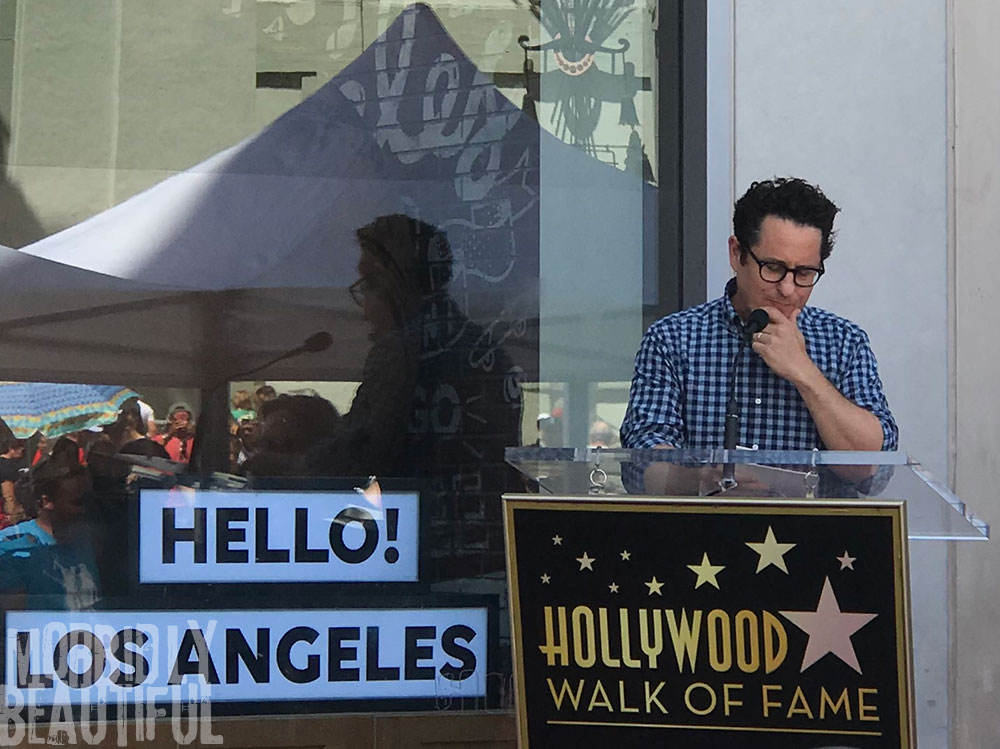 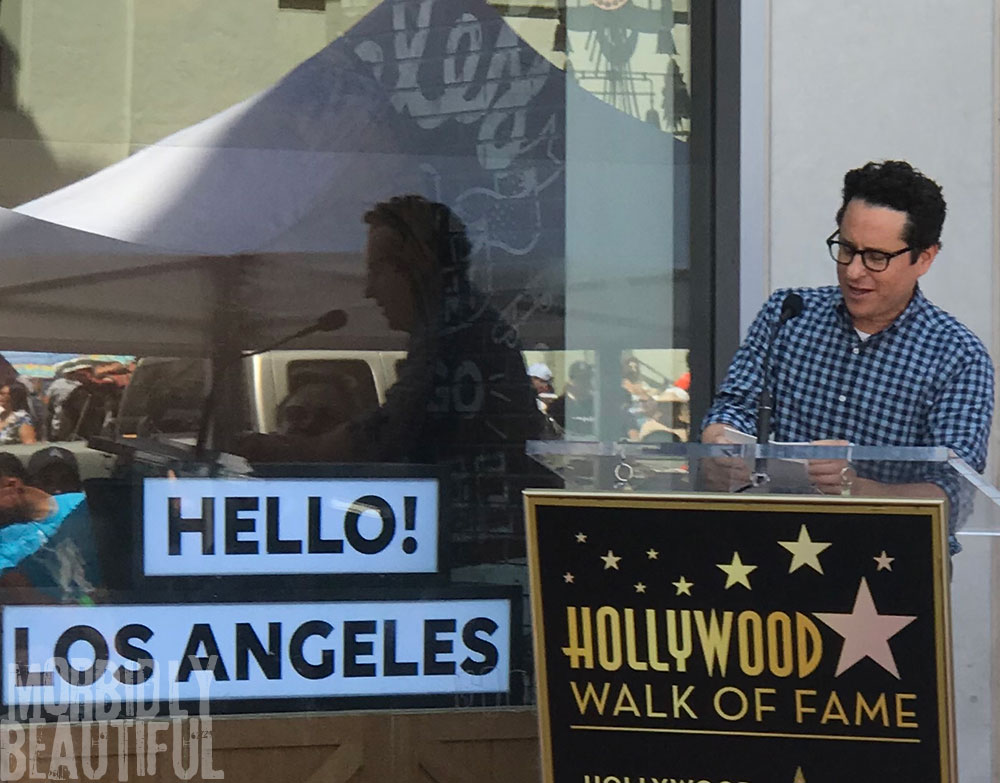 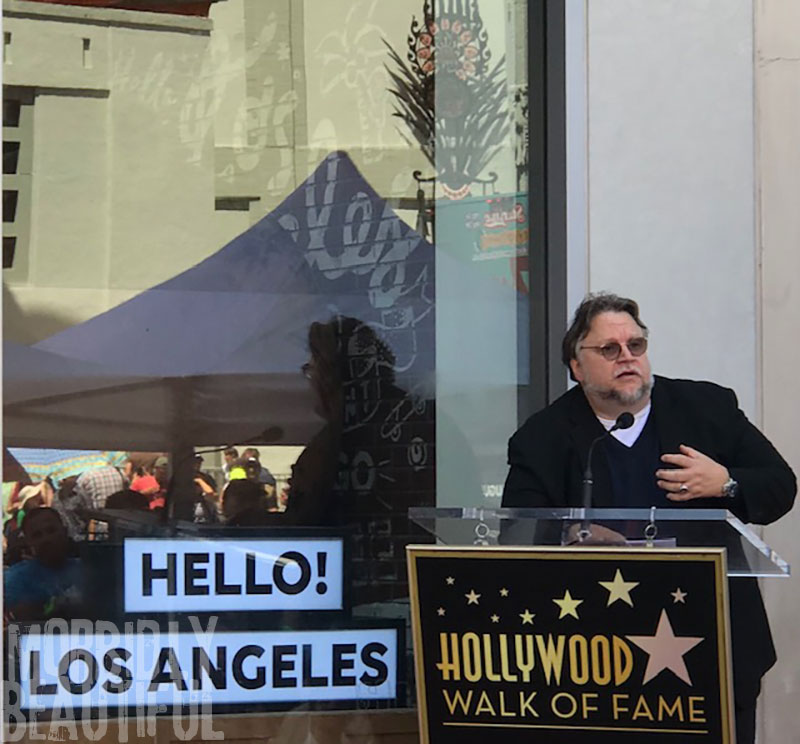 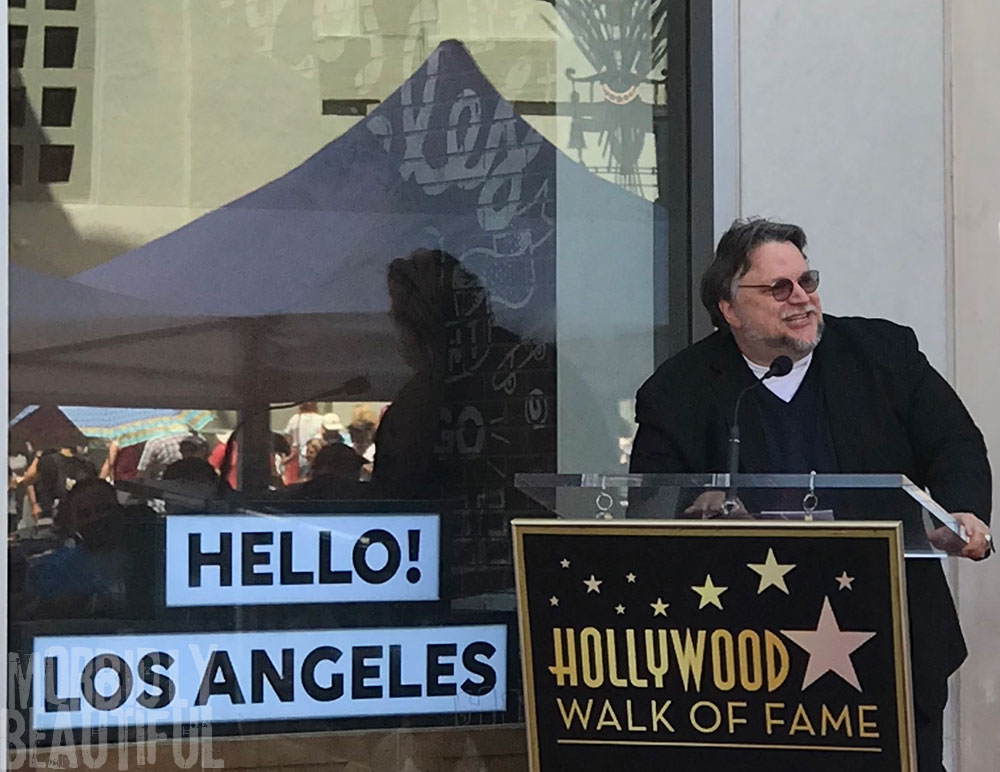 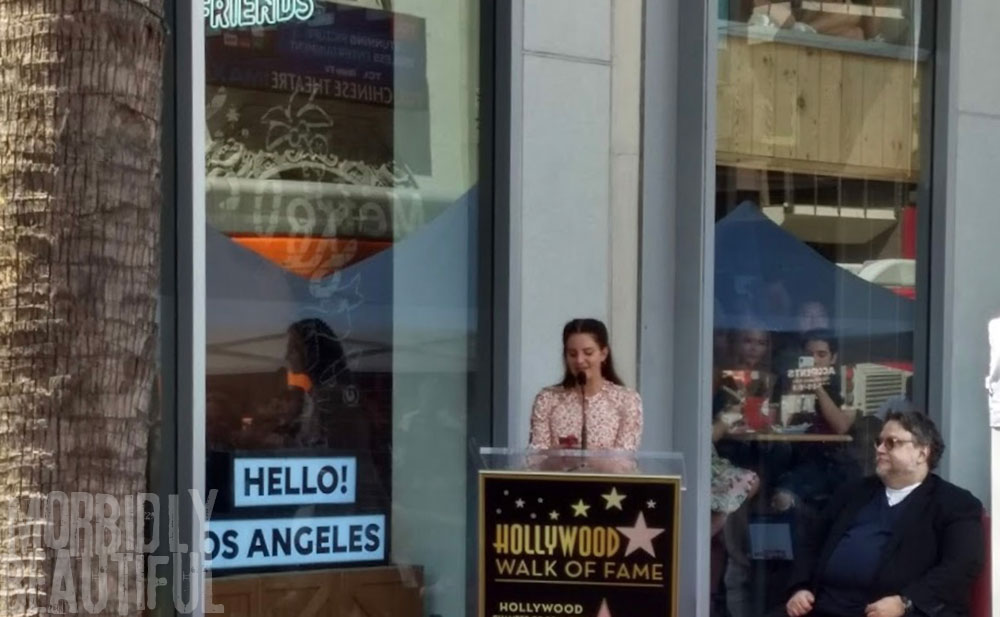 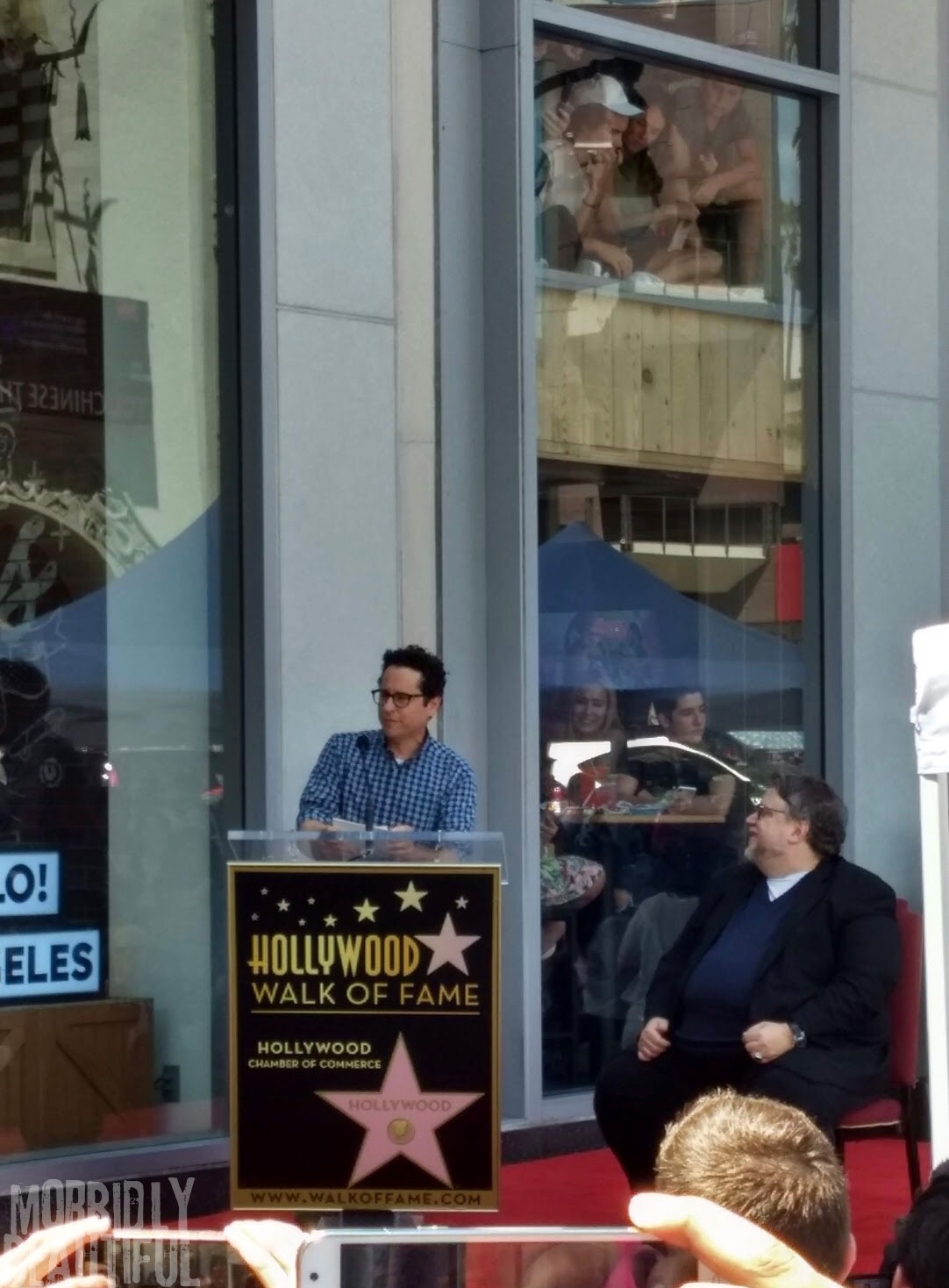 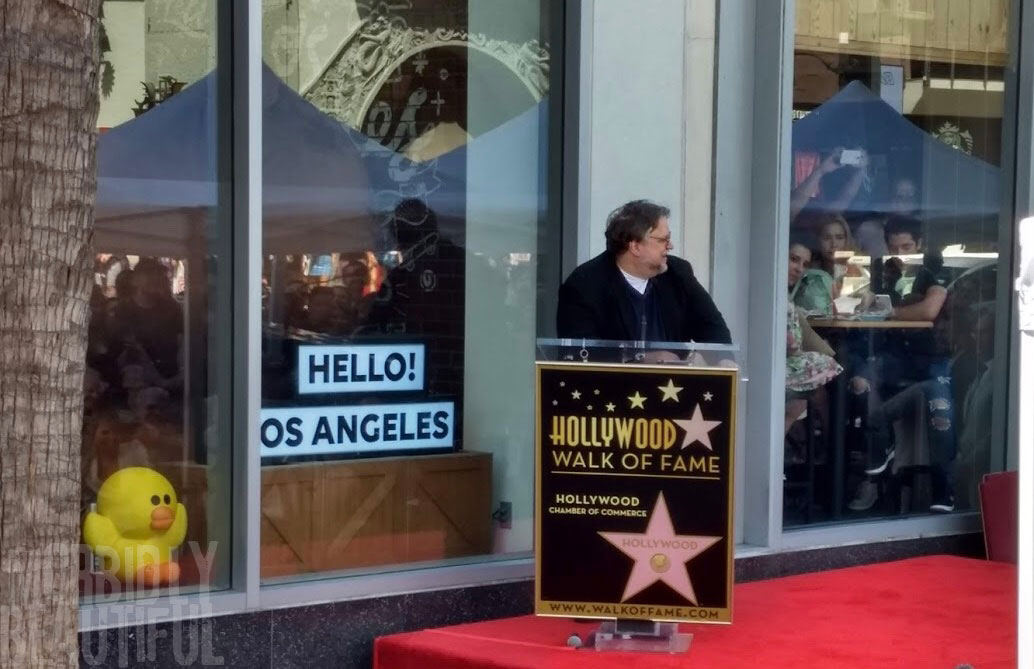