Scream Factory has once again delighted Hammer fans with the stunning release of the hard-to-find (until now) 1967 film “Quatermass and the Pit”. 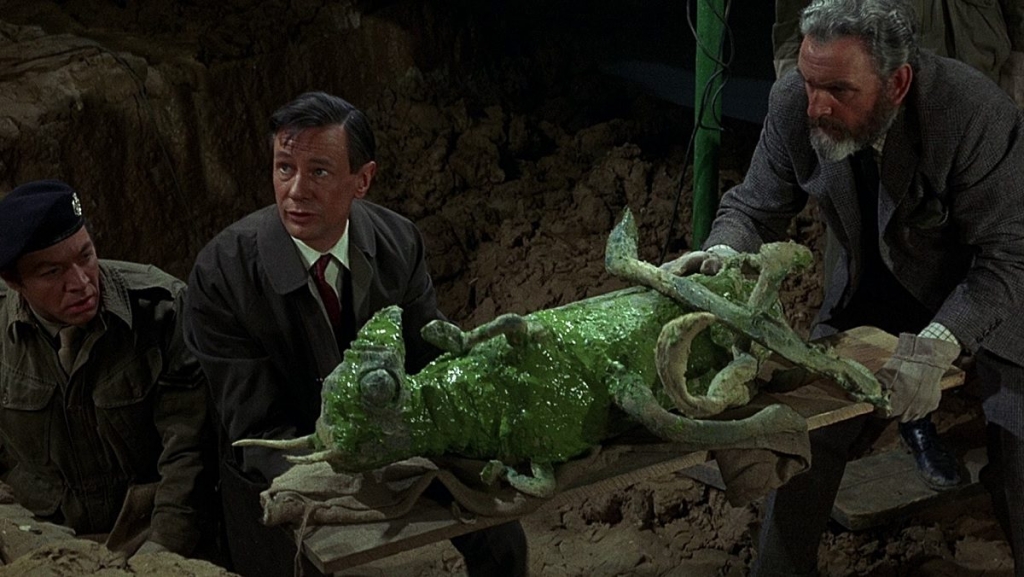 First exposed to them in the pages of Video Watchdog (RIP) and the British horror magazine Fear, some of my heroes are English horror academics/critics. Some of those critics have gone on to become well-regarded BBC radio personalities (Mark Kermode), while others have found a great deal of success working in the cult horror / literature community. And they have all said the same thing:

“I remember wanting to go see QUATERMASS AND THE PIT, but mum said it was too scary.”

The British have made genre cinema’s most respected and intelligent horror/science fiction films and television serials. Doctor Who immediately comes to mind. 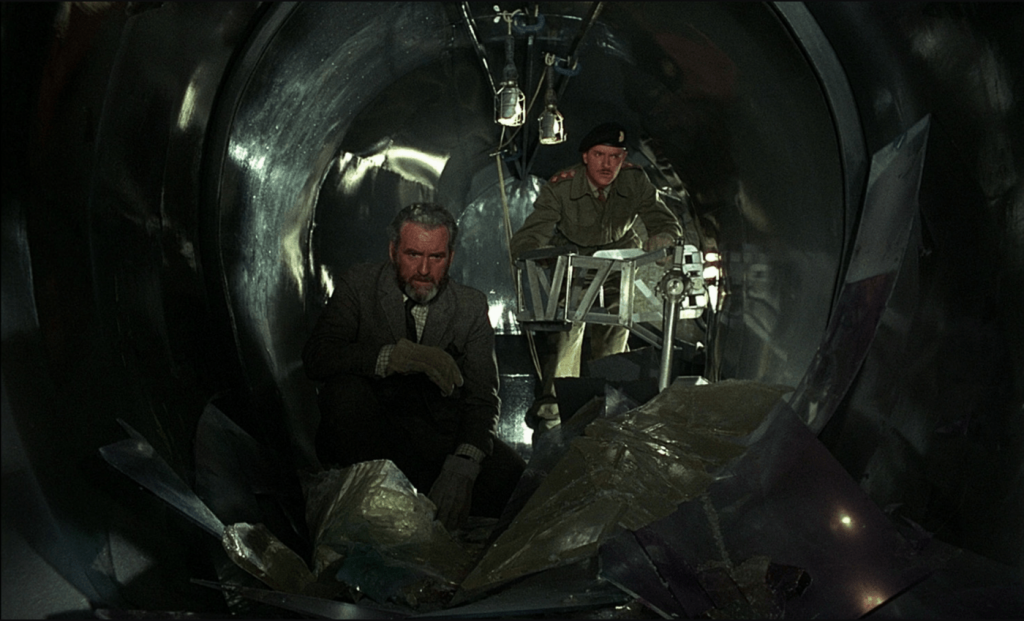 Quatermass and the Pit 1967 is based on the 1958 BBC TV 6-episode serial. It is also the third of the big-screen Quatermass adaptations, the first two being The Quatermass Xperiment and Quatermass 2.  Science fiction mainstay Nigel Kneale created and wrote all the shows and motion pictures.

The Quatermass and the Pit title refers to the catalyst of the story, an underground dig in Hobbs End intended to make room for subways. I’m sure some of you recognize the name “Hobbs End”. The five-million-year-old remains of early men are discovered, along with a giant metal object that, though perceived to be an undetonated WWII bomb, mysteriously doesn’t seem to have all the properties of any known bomb metal.

So we begin with an intriguing archaeological mystery. 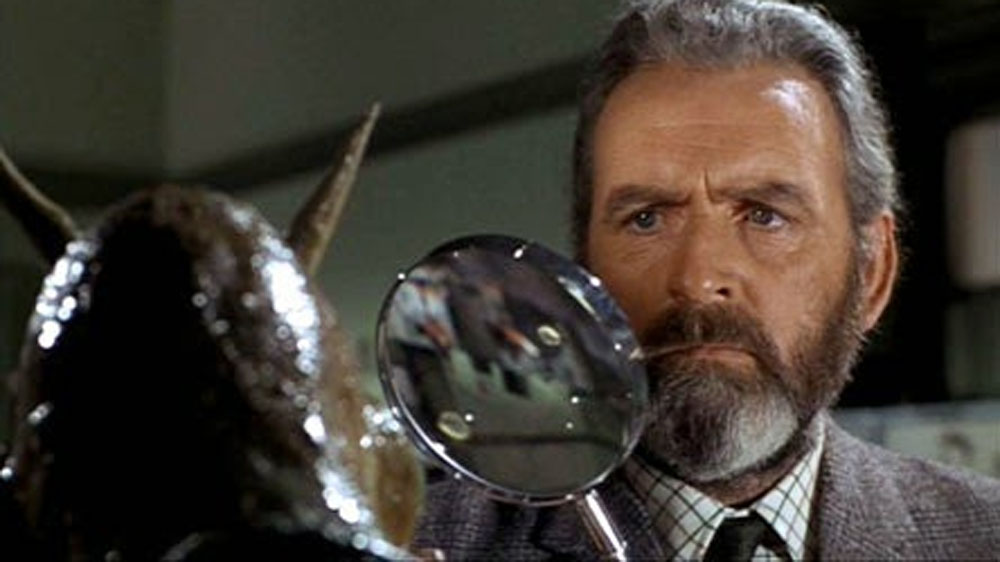 From there, Dr. Bernard Quatermass, “a man of science who thrives on the dark mysteries of the world”, is called in to help the investigation. His intricate and exhaustive examination of the dig is soon marred by the arrival of Colonel Breen and the military. Quatermass and the Colonel have a checkered past, since Breen recently took over the plans Quatermass had to colonize the Moon.

I want all of you to know how monolithically satisfying it was to write the previous sentence.

Some delightful casting trivia: Julian Glover, the actor who portrays Breen, also played General Veers, commander of the lead AT-AT Imperial Walker in The Empire Strikes Back, big bad Walter Donovan in Indiana Jones and the Last Crusade, and the unforgettable Grand Maester Pycelle in a bulk of Game of Thrones episodes. 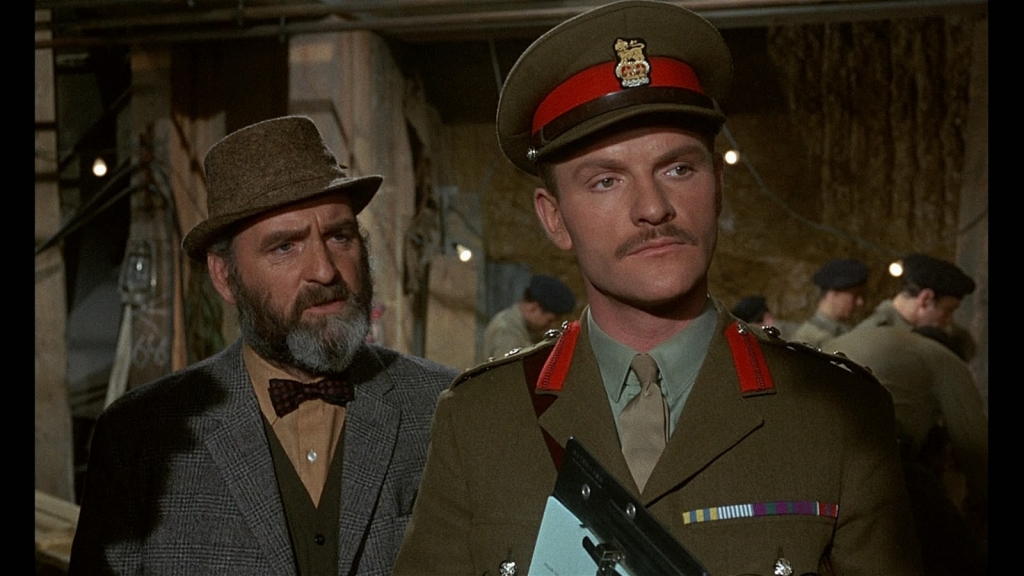 He is a true gentleman and a royal king of the “Hey I Know That Guy” court.

After the fossils of giant horned insects are found, Quatermass concludes that they are the remnants of a dying Mars race that came to this planet and preserved their race by implanting their thoughts and intelligence into apemen that eventually evolved into humans. Fucking wild, right?

And only a dignified, intelligent, and straight-played Hammer movie could make it so easily believable. 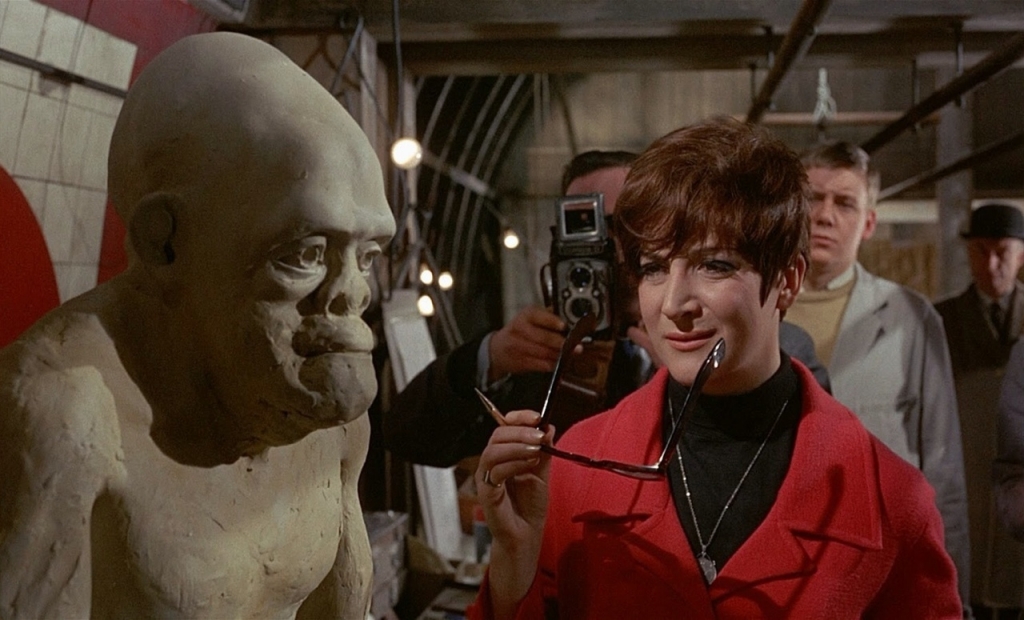 The Hammer stamp (haha) is all over this film. If you are in the slightest bit familiar with their style, this movie will scream “HAMMER!” at you within seconds. And the instances of freakish and creepifying gore will seal the deal.

To find out what happens at the end (believe me YOU WANT TO), you’re going to have to seek out this brand new and generously-packed-with-extras Blu-ray version from Scream Factory.

The packaging is spectacular, with color-drenched reverse cover art from both the original Hammer release and the retitled American version (Five Million Years to Earth).