Filled with the stereotypical frat house shenanigans, this supernatural slasher features music from Metal Gods Anthrax and some great kills. 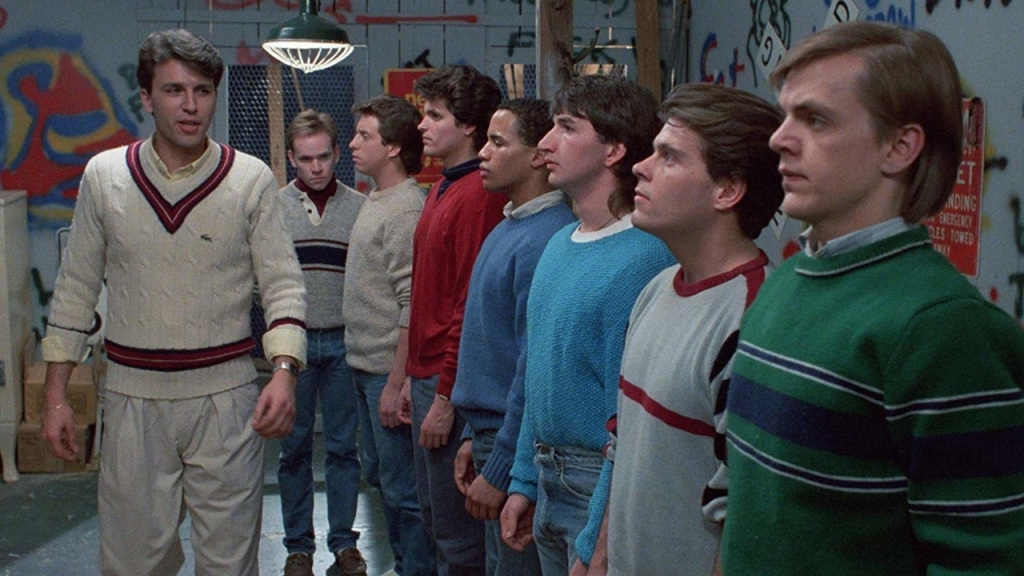 Pledges are subjected to more than mean pranks during hell week this year; a former pledge who was killed during hazing has come back for revenge. Let’s dig into 1990’s “Pledge Night”, directed by Paul Ziller!

Also known as A Hazing in Hell, which isn’t a half-bad title, this frat horror is set during Hell Week — a power trip disguised as hazing rituals carried out by fraternity bros. And it’s all it’s supposed to be. It even has a small but surprising attempt at social commentary when it talks about the debauchery of frats. But the payoff is the high percentage of politicians and CEOs who are brothers. I guess that can be seen as a positive for you enthusiastic capitalists.

The biggest problem structurally is that forty minutes in we still don’t have a horror film. We get a bunch of pranks and some nasty moments, along with a backstory for the impending doom. But up until this point, we get no threat besides humiliation and sexist behavior.

Dan (Arthur Lundquist) is the most ridiculous character of the bunch. Dan is a brother who they stage as a psychopath with a brain tumor, and he ends up killing brothers, pledges, and sisters alike while laughing maniacally throughout. There is little to no explanation of why he does this until Acid Sid emerges from his stomach, Alien style. Sid (Joey Belladonna) is a former pledge of the former fraternal residents of the house that was killed in an acid bath in the sixties. 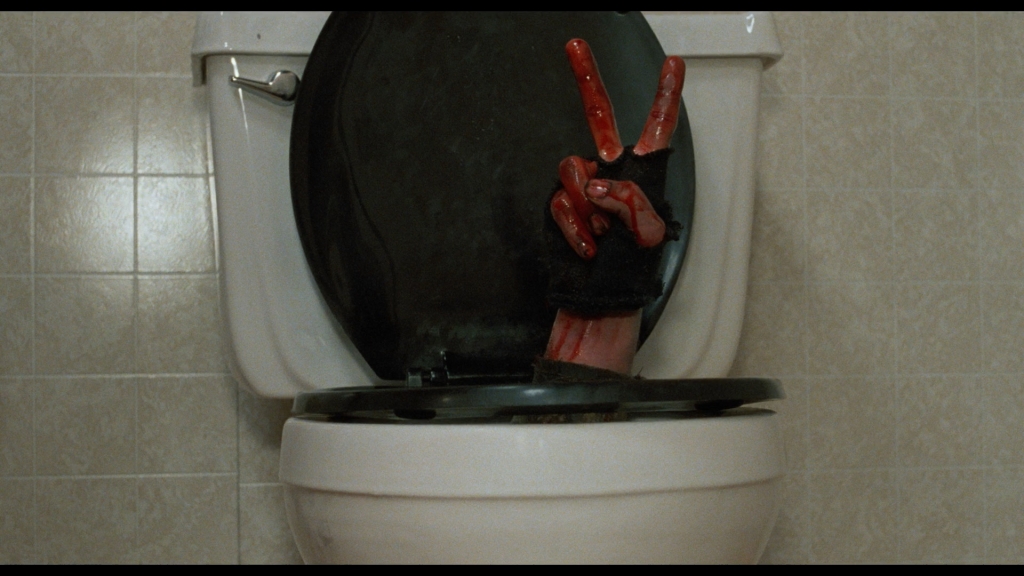 It’s a scene shown in flashback, using strobe lights and dialogue like “Where’s the protest?”, that really brings you back to that time of peace and love (and riots and oppression, and…).

A handful of decent kills are pulled off with good effects (especially the stomach emergence) by one time and one time only Special Effects supervisor Dean Kartalas. The stomach invagination acid bath was cool too, though the resultant corpse showed little effect.

There’s tons of butt stuff here, too. There’s the “Cherry Race”, the toilet embowelment, a firecracker in the crack, and an early reference to butt-chugging.

What makes no sense is the ending. Sid disappears once he finds out Bonner (Todd Eastland) is safe but then returns for one last kill (which isn’t shown). Someone, please explain to me why there’s a banana on the cover, too.

Joey Belladonna, the original and current singer (I still dig the John Bush stuff) of the legendary metal band Anthrax plays the role of “Young Sid”. It’s a bit of a misnomer as Belladonna is almost thirty years old at the time of filming, but he plays the scar-free version of Acid Sid. 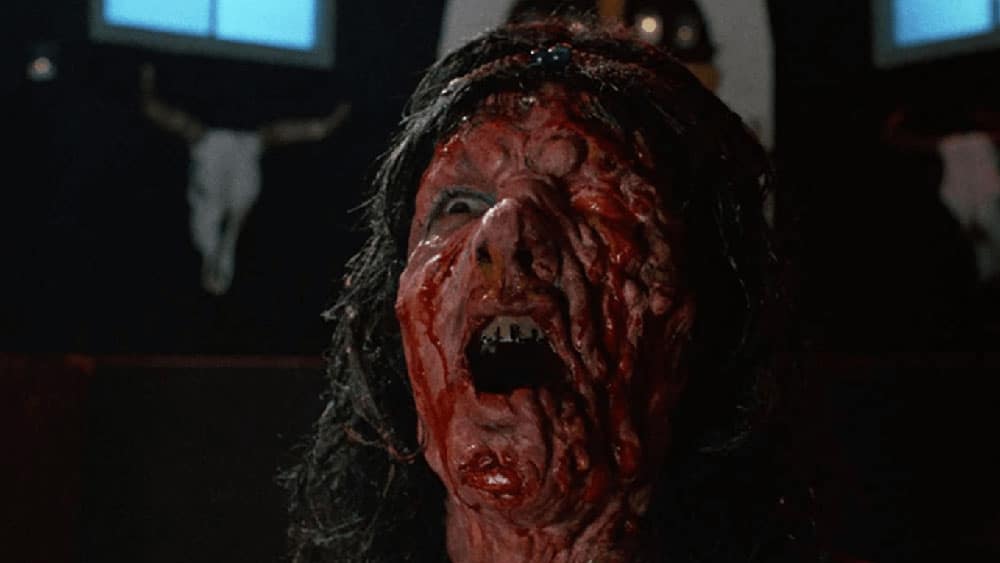 The film is filled with stereotypes of a fraternity in the late eighties early nineties: misogyny, threesomes, breasts, and homoerotic rites. But it’s the pseudo rape attempts that become hard to brush aside. Even when the killing is happening and the climax has come, there’s one more attempt thrown in for good measure — because you can’t have a good finale without a few forced breasts. That’s sarcasm for those slow on the take.

The marriage of metal and horror has always been one of the most natural relationships in my life. I’ll admit I wasn’t an Anthrax guy growing up. Actually, for that matter, I’m not a fan of “The Big Four”. But there is something about horror movies and metal music that is simpatico. It feels like family.

The tropes and misogyny would be hard to drag past an audience today, even if it was completely tongue in cheek. Those stereotypes would probably make the film work better than a sanitized, politically correct version…because, after all,  this is how some mah’ fukkers act. Showing that on-screen doesn’t mean you condone it, but it has become kryptonite. So play with it at your own demise, Clark.

Vinegar Syndrome released two versions, a since sold-out limited-edition slipcover and a standard version which they still have in stock, though supplies are short. You can also stream from Tubi, AMC+, and Shudder.