You gave us your wish list, and we delivered! This month on the Guilty Pleasures podcast, we’re celebrating a killer Christmas with “Santa’s Slay”.

EPISODE SUMMARY
We ran a poll on social media platforms to see which film we would look at in our (No So) Christmas Crackers edition of the series between Santa’s Slay and The Gingerdead Man. And in what was our closest vote to date, you went with 2005’s Goldberg-starring Santa’s Slay.

ABOUT THIS EPISODE: SANTA’S SLAY (WITH SPECIAL GUESTS ADAM STOVALL AND ROBERT OTTONE) 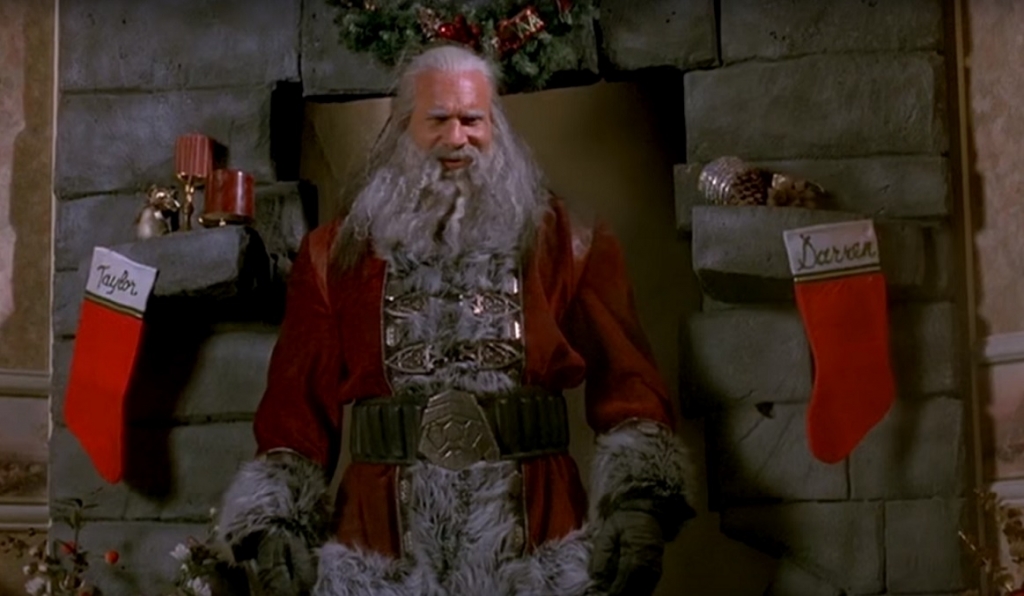 Diving into Santa’s Slay alongside NHE host Scott Murphy, we have two great former guests in the form of A Ghost Waits director Adam Stovall and Her Infernal Names and Other Nightmares author Robert Ottone. Ottone is making his series debut, while Stovall is a Guilty Pleasures’ veteran, with this being his fourth appearance since the show began in June!

Over the course of the episode, you will hear all three try to unravel the plot of the movie, dissect what makes it so entertaining, and debate whether this film features James Caan’s greatest death since The Godfather. Plus, you will hear Robert explain how the movie made him discover the spirit of Christmas, while Adam theorizes that this film actually is Trump’s America. Finally, all three brainstorm an alt-cut of the film.

Later in the episode, the trio talk Roger Corman, Full Moon Features, 90s Wrestling, the evils of Brett Ratner, and much, much more. In fact, this might be the most jam-packed episode of the series to date!

You can buy or rent Santa’s Slay here.

If you love this episode, be sure to join us next month when we discuss either Evil Aliens or Cradle of Fear, with former guest director & producer Mike Peterson and fellow podcaster Craig Draheim.