Years before taking the genre by storm with “The Descent”, Neil Marshall reinvented the werewolf sub-genre with the criminally underrated “Dog Soldiers”. 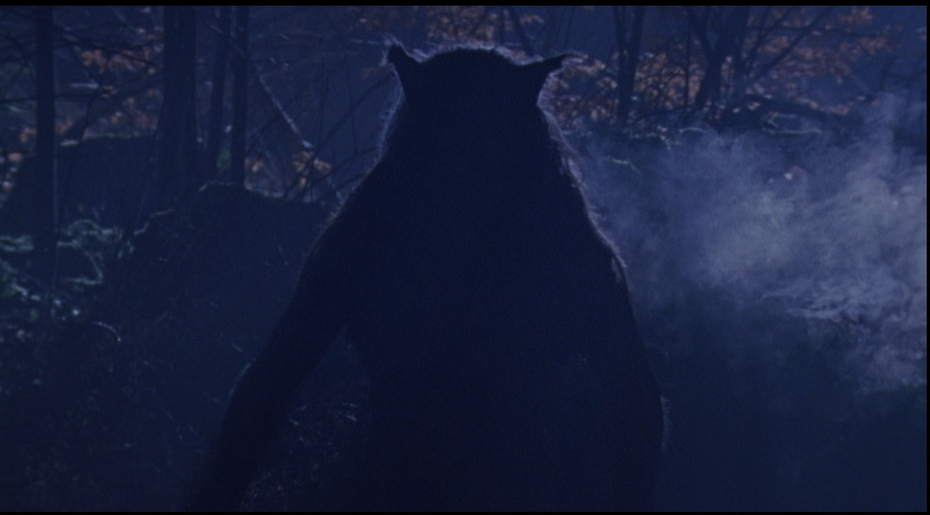 In 2005, Neil Marshall made a major splash in horror with his movie The Descent. It has gone on to be examined over and over again and hailed as a classic — rightfully so. The feminist examination on loss and strength catapulted his career forward. But while the adoration for The Descent is warranted, far too often fans tend to ignore Marshall’s other contributions to the genre; a crime considering he was already showcasing his significant talent years before that film made such a seismic impact.

One of Marshall’s overlooked genre gems is 2002’s Dog Soldiers. Not only is this film not talked about enough, but it seems werewolf movies, in general, don’t get as much love as they deserve. Many times, the tropes of werewolf movies seem done to death. Can you remember the first time you ever heard werewolf lore? Probably not. It’s something that is so ingrained in our culture — buried in children’s shows and  Halloween advertisements — that it’s hard to innovate within this sub-genre.

While other quintessential monsters, such as vampires and zombies, seem to constantly get reinvented and rediscovered, werewolves generally get overlooked.

In fact, I love werewolves. But it’s hard for me to sit down and think about many great films based around werewolf lore. For the most part, those few films dedicated to the cursed beast feel so rote. Someone gets bitten or scratched, they start having animalistic urges, they get hairy. And boom! They’re a werewolf howling beneath the full moon. And even though I’m in love with Ginger Snaps, one of the few standouts of the sub-genre, seeing lycanthropy being compared to puberty can only feel original so many times.

Writing the script years before it was able to secure financing, Marshall wanted to provide horror fans with a werewolf movie that didn’t follow expectations. 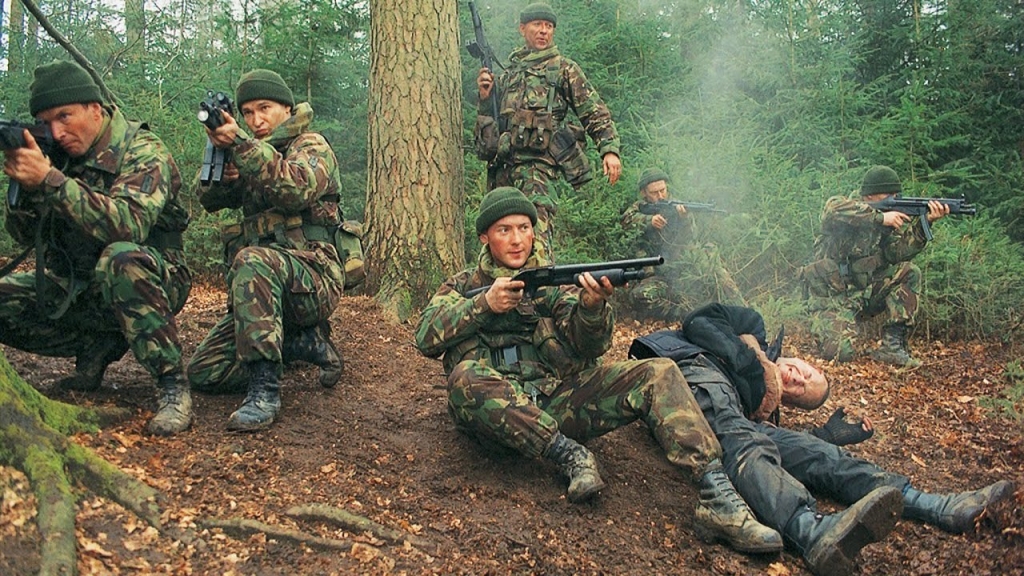 We weren’t going to see someone get bit in the middle of the woods, following the mental and physical changes the wolf is burdened by. Instead, these beasts would be what they were intended to be: monsters.

The film focuses on a group of soldiers who are dropped in the Scottish Highlands for a training exercise. They’re tasked with finding another unit. But when they do finally stumble upon the place where the group was staying, they find everything destroyed and all but one man dead. When the group is attacked in the dark by assailants they can’t seem to make out, they retreat into a house in the rural countryside. Soon, they discover their enemy is a group of werewolves.

The most obvious difference that sets Dog Soldiers apart from other films in the sub-genre is how the is werewolf remains the enemy rather than being used to garner sympathy.

We’re following Cooper (Kevin McKidd); that’s our hero. And the werewolves aren’t stupid enemies either. So often, we see the beasts turn into just that when they transform, robbed of all their intelligence and personality. That’s not the case here, and it makes them even stronger and more frightening.

However, perhaps the biggest strength of this film is the transformation itself — an area where Dog Soldiers once again sets itself apart from the pack. 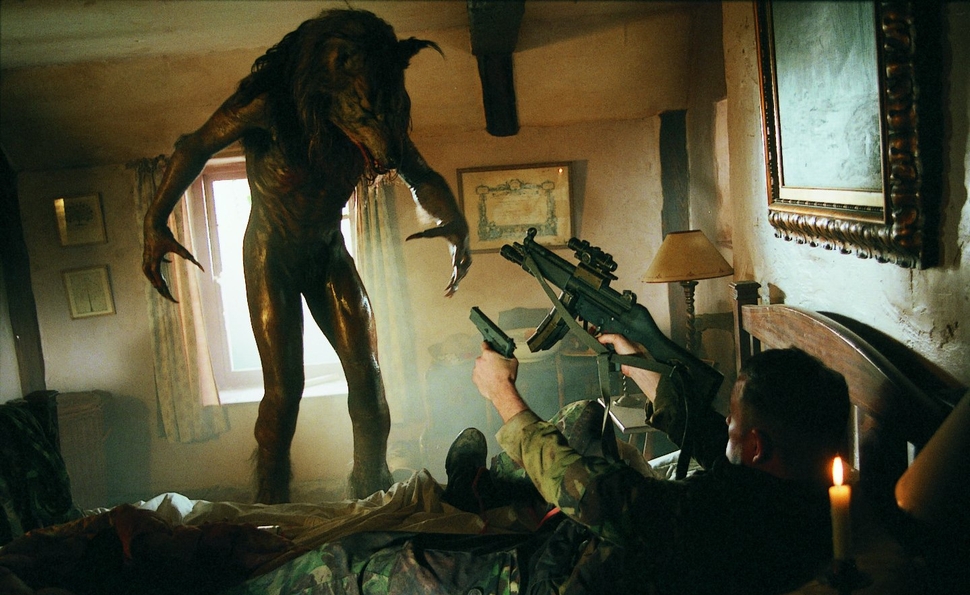 Neil Marshall has said that one of his favorite movies was An American Werewolf in London, but he was let down by the actual werewolf. You go through this amazing transformation scene, one of the most iconic scenes in cinematic history, only to end up following a wolf around the city. Seeing the terrible beast David (David Naughton) in mid-transformation makes for an incredibly underwhelming reveal afterward.

Marshall took this to heart, making his creatures unlike any other. The monsters in Dog Soldiers embody wolves only in their animal heads and furry bodies. These werewolves stand upright, on two legs, sprinting and decimating everything within arm’s reach. They’re actual monsters, standing tall enough to nearly reach the ceiling.

And much like An American Werewolf in London, the effects are practical. A mix between makeup and animatronics, the design and execution could put even some modern film effects to shame.

But the special effects wouldn’t shine as brightly if it weren’t for the phenomenally shot and choreographed action sequences. This movie is chock full of shootouts, people being mauled, and buildings being lit on fire as the soldiers struggle to survive the night.

As a directorial debut, it is nothing short of a masterpiece. 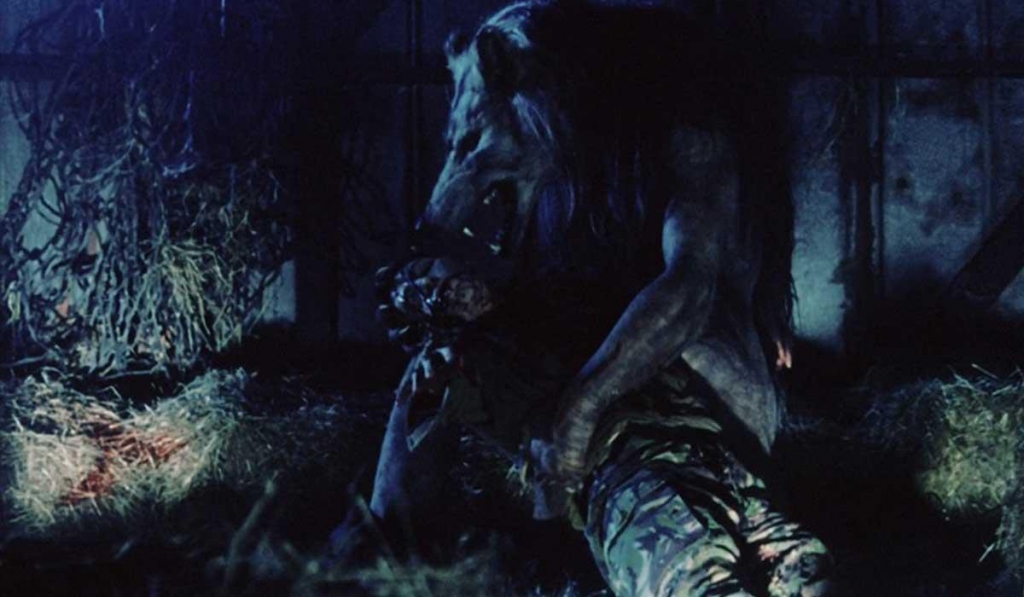 The acting is charged, with everything from the jokes to the screams of terror being perfectly executed. The camera and stunt work are in total unison, and the effects aid the story, rather than overshadow it.

It would be a masterfully crafted film for an experienced director, but the amount of control demonstrated by a young, rookie filmmaker at the time truly sets the stage for a promising career — a promise Marshall more than delivered on with his sophomore film, The Descent.

A new 4k version of DOG SOLDIERS was released on October 12, 2020. And if you haven’t seen it, or if it’s been a while, I strongly urge you to check it out and discover both an enormous filmmaking talent and one of the best werewolf movies ever made.