A visually stunning film that expertly balances both beauty and horror, “The Cell” is a surreal but captivating experience. 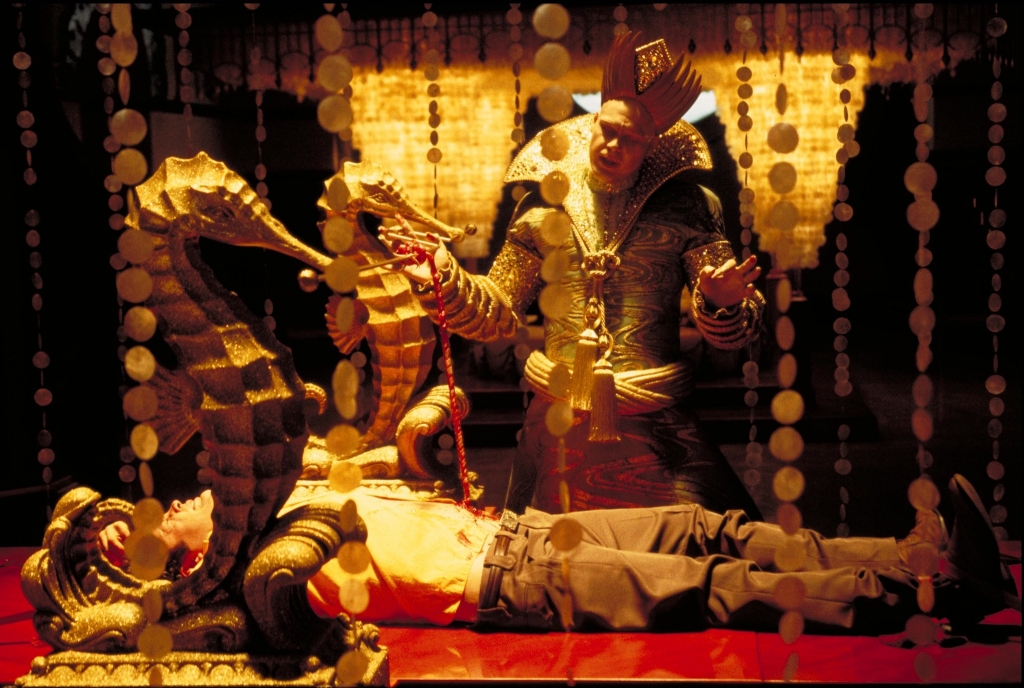 Dreams, and the subconscious, have long fascinated people. Everyone’s dreams and inner thoughts are so vastly different from each other’s, and there is no clear way to depict what you truly see and feel except artistically. Sift through books, games, and movies and you’re sure to find countless examples of people imagining what it would be like to be inside someone else’s head or to introduce them to what you see to create a better understanding.

2000’s The Cell takes us on a journey through the subconscious, tying dreams together with memory, as a therapy route designed to bring coma patients back to consciousness.

The thinking of the film posits that by interacting with patients through dreams, the patient will be more receptive without the risk of as much waking world anxiety. More details of their trauma are able to be gleaned from the symbolism in their dream world, and the patients may be able to safely react with their memories in a safe setting.

Jennifer Lopez stars as Catherine, a child psychologist who enters the subconscious mind of a young boy, Edward, who was put into a coma by a viral infection that led to schizophrenia.

The film opens in a desert-scape where Catherine follows a reflective signal that Edward uses to call to her when he doesn’t feel safe, or when he can feel her presence with him but can’t see her. Her attempts to soothe him don’t work, and she aborts the dream realm when he turns into a kind of aquatic monster.

Later in the film, we learn that the reason Catherine is interested in such an experimental procedure is that her own brother fell into a coma he was never able to recover from, and the guilt of not being able to somehow awaken him has steered her life. Though she didn’t have as much experience as other people who interviewed for her position, she was selected because of glowing reviews of how she was able to interact with children.

As the film progresses, her warm personality is shown to create a particularly strong trust bond between her and whoever she interacts with.

While Catherine unwinds at home with some weed and a viewing of Fantastic Planet, a serial killer, Carl, murders his latest victim.

The women Carl takes are placed in a large glass box that slowly fills up with water until they drown. However, Carl doesn’t watch the women suffer in real-time. The box is situated in a room with cameras, and both the water flow and the filming tools are on a timer so that Carl doesn’t need to interact until the victims are dead.

The FBI closes in on him just as he suffers a seizure and passes out. Here we’re introduced to Peter, played by Vince Vaughn.

It shouldn’t seem like these stories should intertwine from here, but, of course, the FBI must seek the help of the experimental scientists in order to find out where Carl’s latest victim, Julia, is before time runs out. Carl’s seizure has thrown him into a coma, and reaching inside his subconscious is the only way to save Julia.

The events up to this point have mostly been pretty run-of-the-mill serial killer investigation fare.

However, director Tarsem Singh really shines in the latter half of the film, which navigates Carl’s broken psyche. 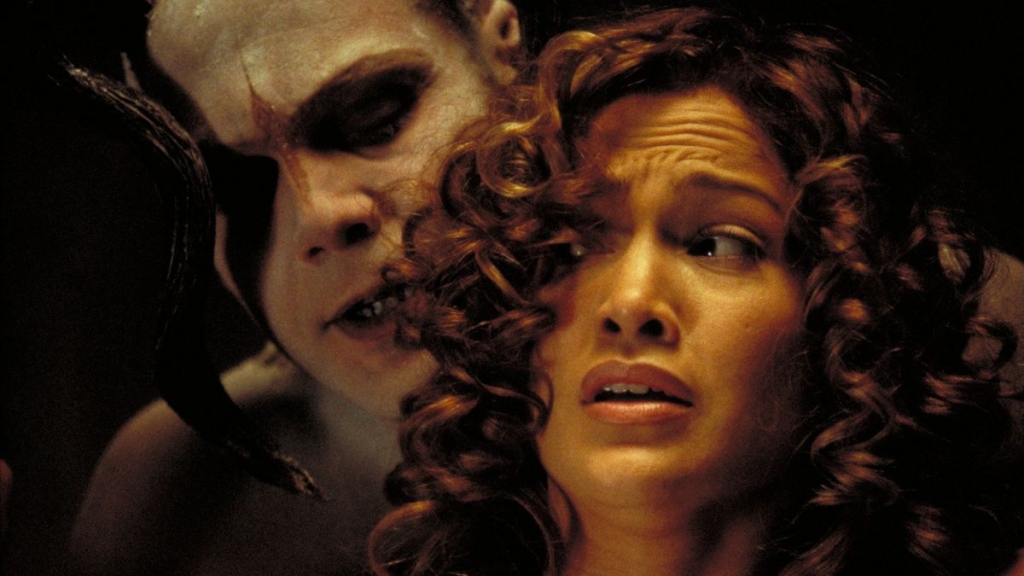 The depictions of a broken mind range from horrific, and hauntingly sexual, freak shows to visions of long purple robes floating like wings.

Our first glimpse begins in an almost Saw-like realm, where a pair of twins sit in boxes, with cut legs. As Catherine ventures further into the porthole decor, she is accosted by a strong woman. While the other women, the dainty visions that resemble those Carl has already disposed of, this woman is an aggressor, not a display. Still, there is an element of sexuality as she poses in underwear.

When Catherine ventures back into Carl, she connects with his inner child. As she chases the boy through the corridors of the mind, we are met with horrific displays of parental abuse, and surreal images that are a perfect mix of beautiful and sickening.

An image that has been burned into my brain since first seeing The Cell as a child, is one of a horse getting cut apart by glass, the organs still pumping beneath.

Vaughn enters to help Catherine when she is kidnapped by Carl, portrayed as a King.

Jennifer Lopez adorns the outfit on the poster, something close to a dark spin on slave Leia’s outfit from Star Wars. 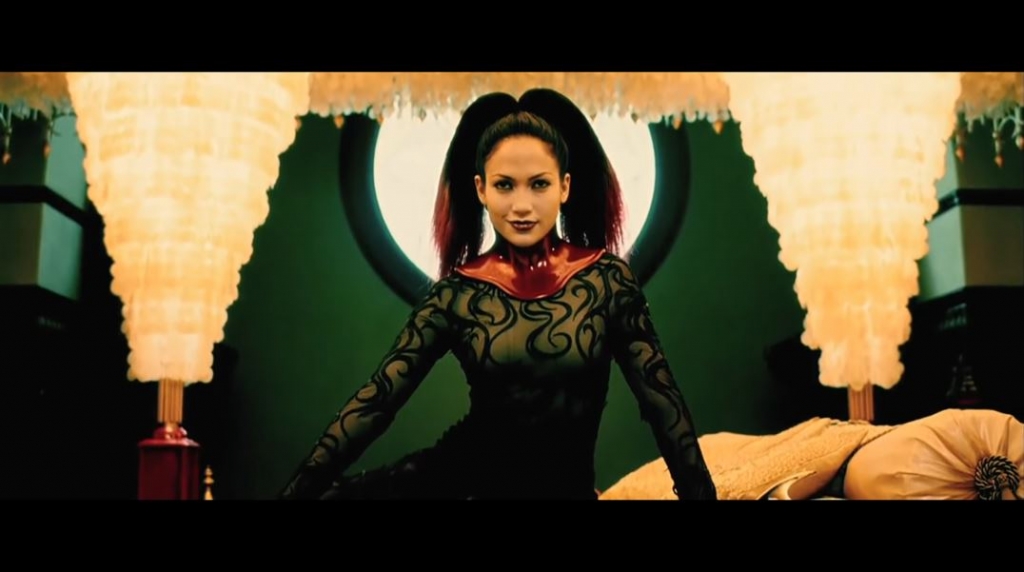 Here the film is drenched in a silence that makes Vaughn’s echoing words even more haunted, as though he were screaming out from deep within a well.

He is quickly captured by The King, and his intestines are pulled out of his belly button as they spin around a gold pike. Eventually, the worst shoe-horning part of the plot wriggles out of this scene when Vaughn brings Catherine back by reminding her that her brother died in a coma and that this is why she does this.

The twosome discovers a symbol that tips Peter off