Hell Town is a fascinating, if flawed, horror/soap opera satire. 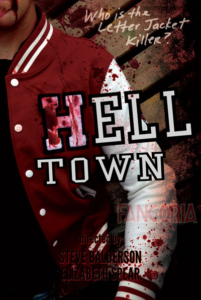 The plot alone is brilliant: The film centers on three episodes from a fictitious prime time soap opera series called “Hell Town”. These episodes are the remastered episodes 7, 8,and 9 of season two. Seasons 1 and 3 are said to have been completely destroyed in a studio fire. And to top off the smart presentation of the film, Debbie Rochon plays herself as a host who introduces and concludes each of the 3 episodes.

Debbie Rochon playing host and introducing the film got me thinking how awesome she would be as a legit horror host, a la Elvira or the Crypt Keeper. The best part is she is so good that she could just be herself! Just a side thought, as well as a credit to the film on a fantastic casting choice. 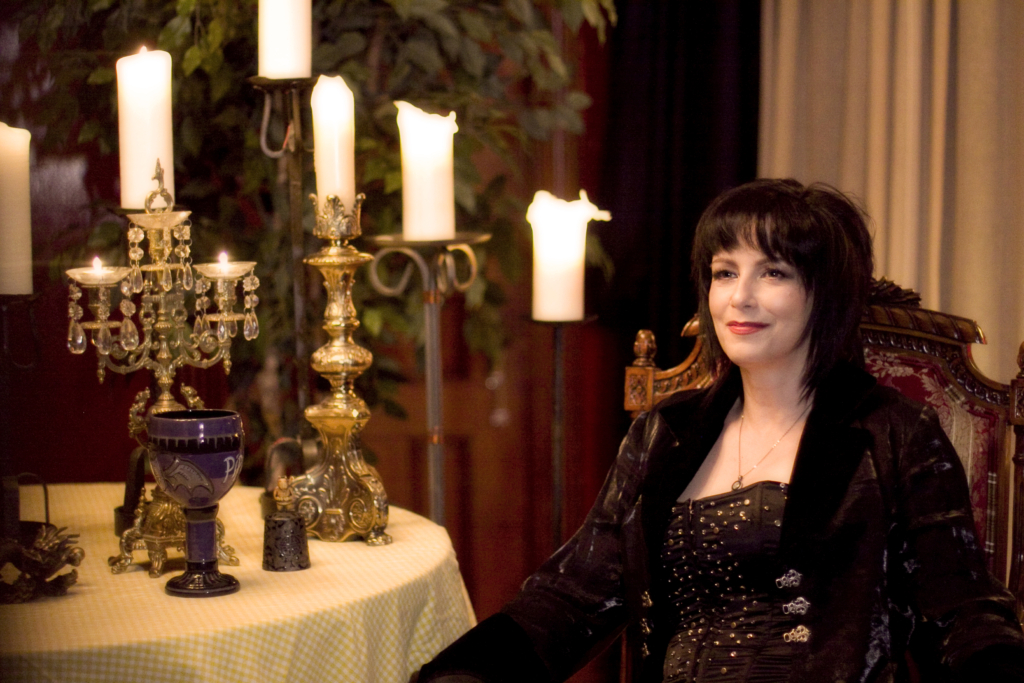 The filmmakers were smart to break up Hell Town into 3 different episodes in a TV show style, complete with opening and closing credits after each installment. The opening credits introducing the cast are very funny and properly lampoon the credits seen in so many soap operas and sitcoms over the years. Each episode is even separated by commercial breaks featuring projects that involve Debbie Rochon! It’s indulgent, self aware, and very funny.

Hell Town is a soap opera satire with a horror film story line that makes no excuses for what it is. Every cast member was efficient in their role and, surprisingly, even in their ability to portray the satirical tone. The film wasted no time getting to the killings and mystery of the story. With such a fun and glorious start, I must admit that I was wondering if this fun energy and fresh feel could be successfully sustained throughout the entire film. 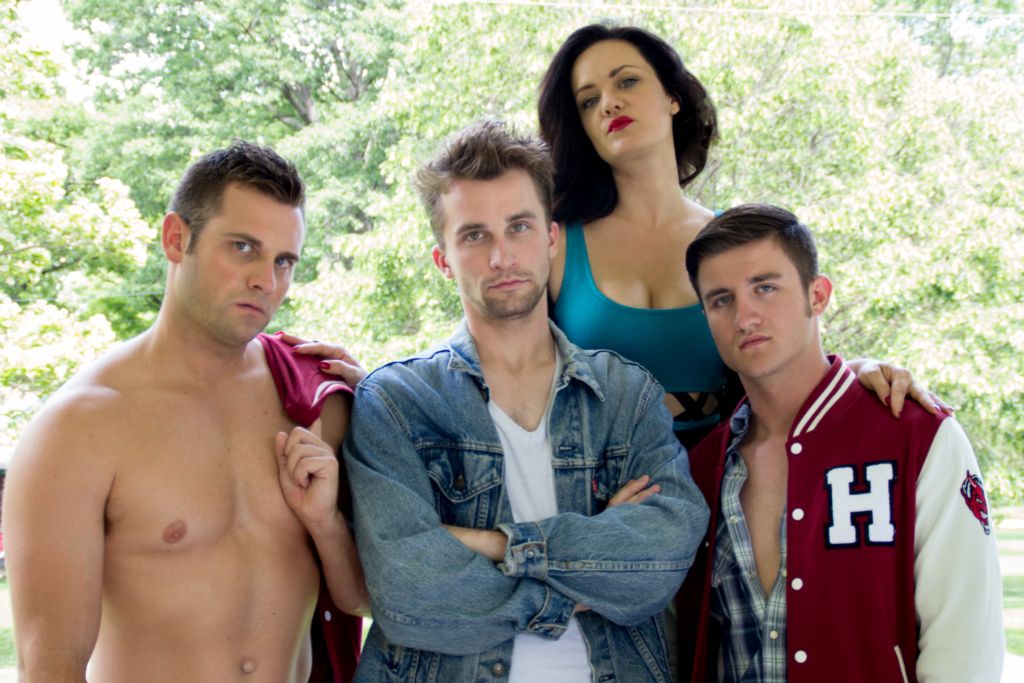 Unfortunately, the smart set up of Hell Town couldn’t make up for and mask the sluggish pace that seemed to take over as the film progressed. Even with the broken up segments, I found the film seemingly start to meander within it’s own story line, and I was trying to figure out why. My conclusion was that the script and satire are so spot on and accurate that it started to feel like almost a normal world with relatively thin characters. 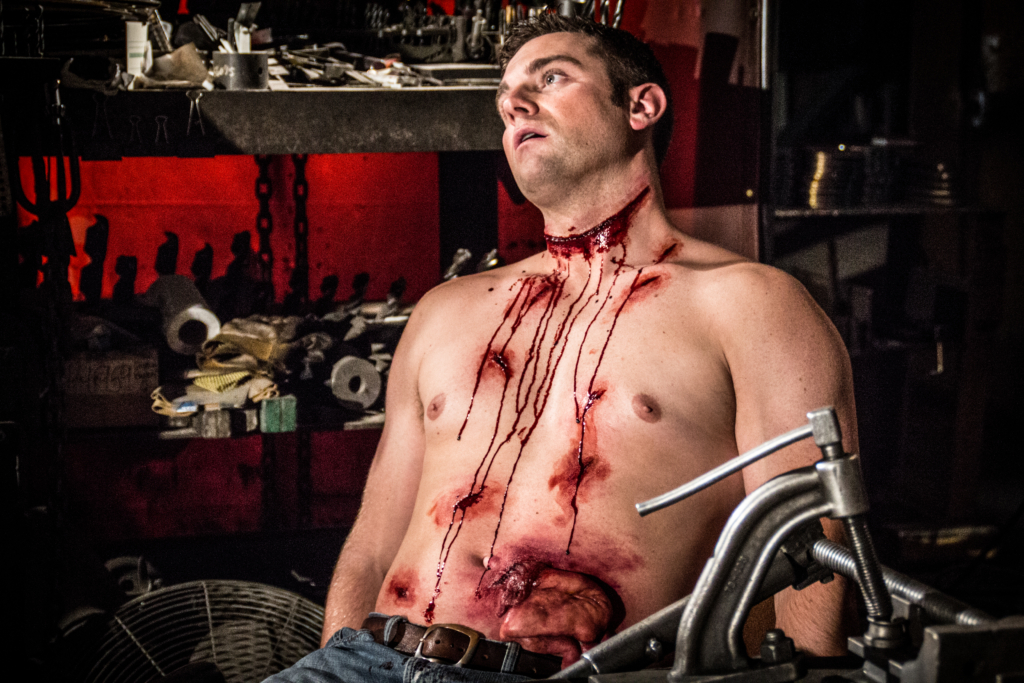 I viewed Hell Town as more of a sarcastic satire than an all out comedy spoof, with the humor being pushed to the limits of subtlety at best. I guess I’m saying that the script was almost too good at what it set out to do, and the comedy or characters never seemed to break the mold of one note humor that is better suited for a short film or sketch. For me, the comedic elements in Hell Town just didn’t have the legs or staying power to sustain it’s run time, even at just 90 minutes.

There are a lot of great little moments in Hell Town. I loved that the Prom Queen has pictures of herself on her mirror and that one character was changed to a different actress with the “the role of Laura will now be played by” announcement that is so common in the revolving door of actors on soap operas. 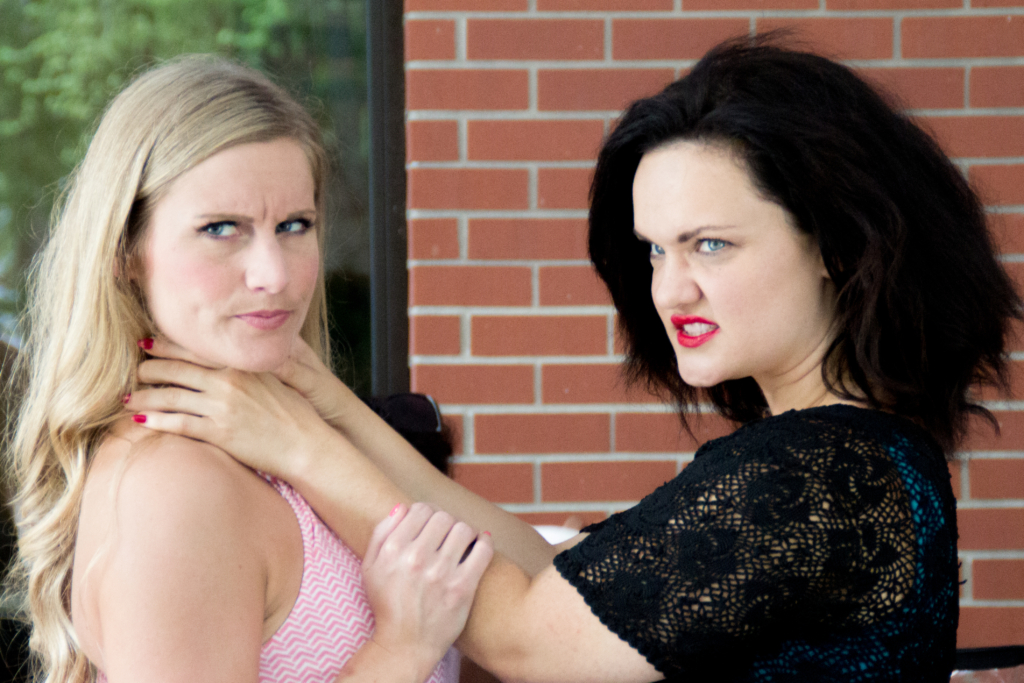 Despite several moments like this, they couldn’t save the overly long feel of the film and the fact that most of the comedy was in the set up and not necessarily apparent throughout. I also was left wanting some more horror from Hell Town, as most of the story seems to lean on more dramatic elements.

Although a fine effort with notable moments and a great set up and smart presentation, I was left feeling a bit indifferent. I wouldn’t go out of my way to recommend Hell Town, but I also wouldn’t put effort into talking anyone out of seeing it either.