Reel Review: Isle of the Dead

Isle of the Dead, from the producers of “Z Nation” is a new zombie thriller on the Syfy channel. My first reaction? Another zombie movie? Hmm…Will this one be good, bad, just OK? Happily, Isle of the Dead surprised me! I got a chance to watch this new zombie incarnation live with the cast and crew and really liked it. We all live tweeted and had a blast, while everyone else in the nation was watching it on TV in their homes. There were also some lucky audience members who got the chance to be there because they won a Resident Evil trivia contest that Syfy held. Every time there was a reference to the video games, there would be a squeal and cheer from the video game fans, which delighted star D.C Douglas a lot! 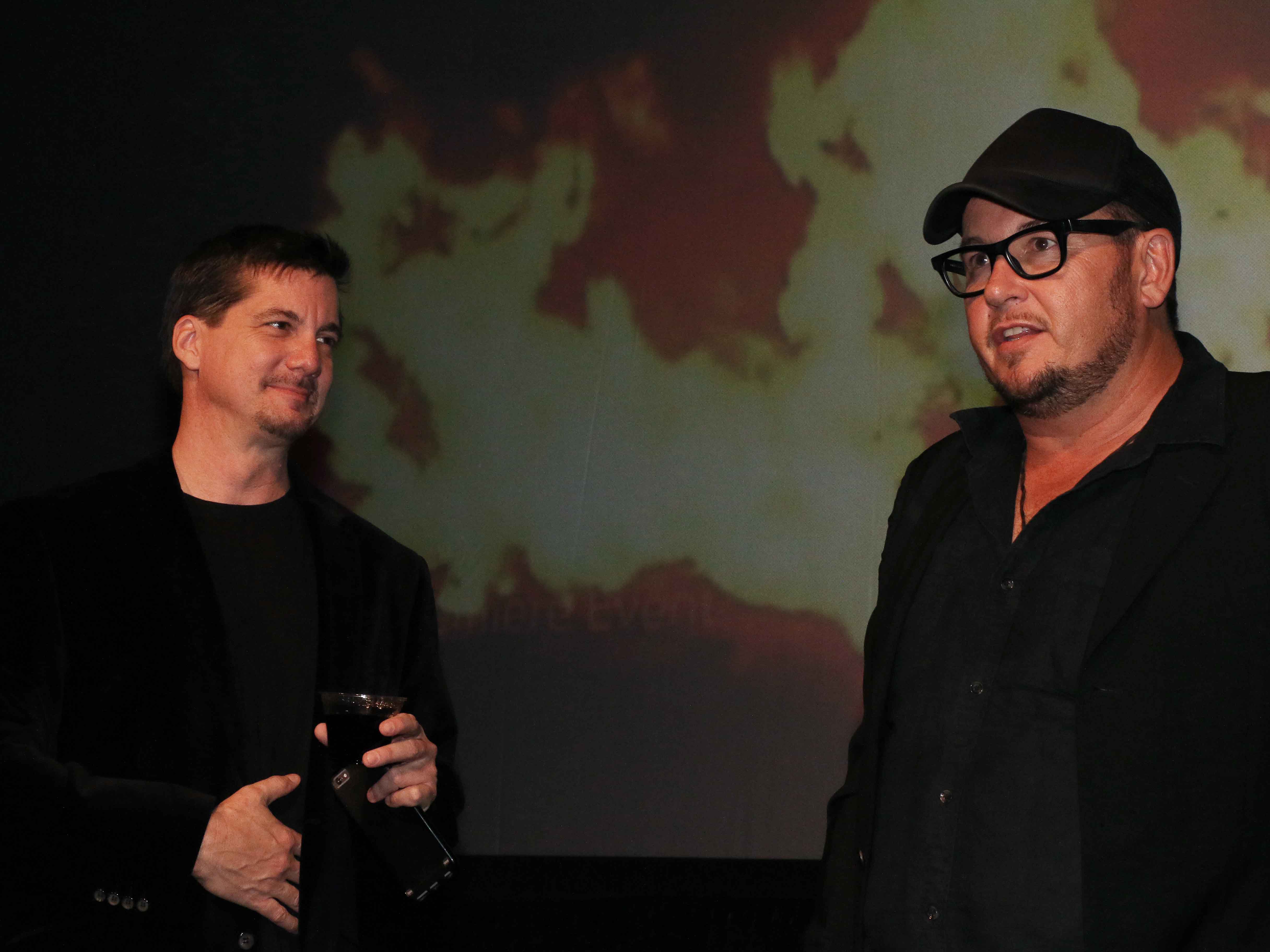 D.C. Douglas and Nick Lyon at the Isle of the Dead premiere

What makes this zombie movie different is the fact that there were a lot of references to the Resident Evil video games. D.C. (who has a loyal zombie fan base because of his work as the voice of Albert Wesker in the Resident Evil video games since 2007) got together with the creative team of Jacob Cooney and Brandon Trenz after finding out they all loved zombie films. After begging The Asylum producers, they got a green light and Isle of the Dead was born! The film stars D.C. Douglas (Resident Evil), Maryse Ouellet Mizanin (WWE Diva), Joey Lawrence (“Melissa & Joey”) and was directed by Nick Lyon. Isle of the Dead premiered on Syfy on August 18th. 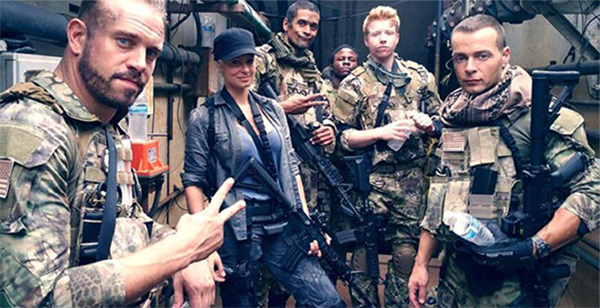 Isle of the Dead Cast

The plot: The story begins ten years ago, when an Army research post on a remote tropical island was decimated by a strange new virus. Now, a team of SEALS on a recon mission has gone missing on the island. When a Strike Team arrives to rescue them, they must deal with an onslaught of zombies. As they fight their way to the old lab facility, they realize that the Colonel in charge of the research station (D.C. Douglas) is still alive and still experimenting—the zombies are his creations, and every new wave the team faces is more vicious and ghastly than the one before.

Having gotten a chance to interview actor D.C Douglas and director Nick Lyon prior to the premiere, I knew the challenges they had trying to put together a movie with a micro budget and a production timeline of just 11 days. But I think everyone did an amazing job, and I was very impressed with the cinematography, the fight scenes, the SFX, the makeup and the acting. I was super surprised by Joey Lawrence. I barely recognized him in his serious portrayal of Lt. Paul Gibson. 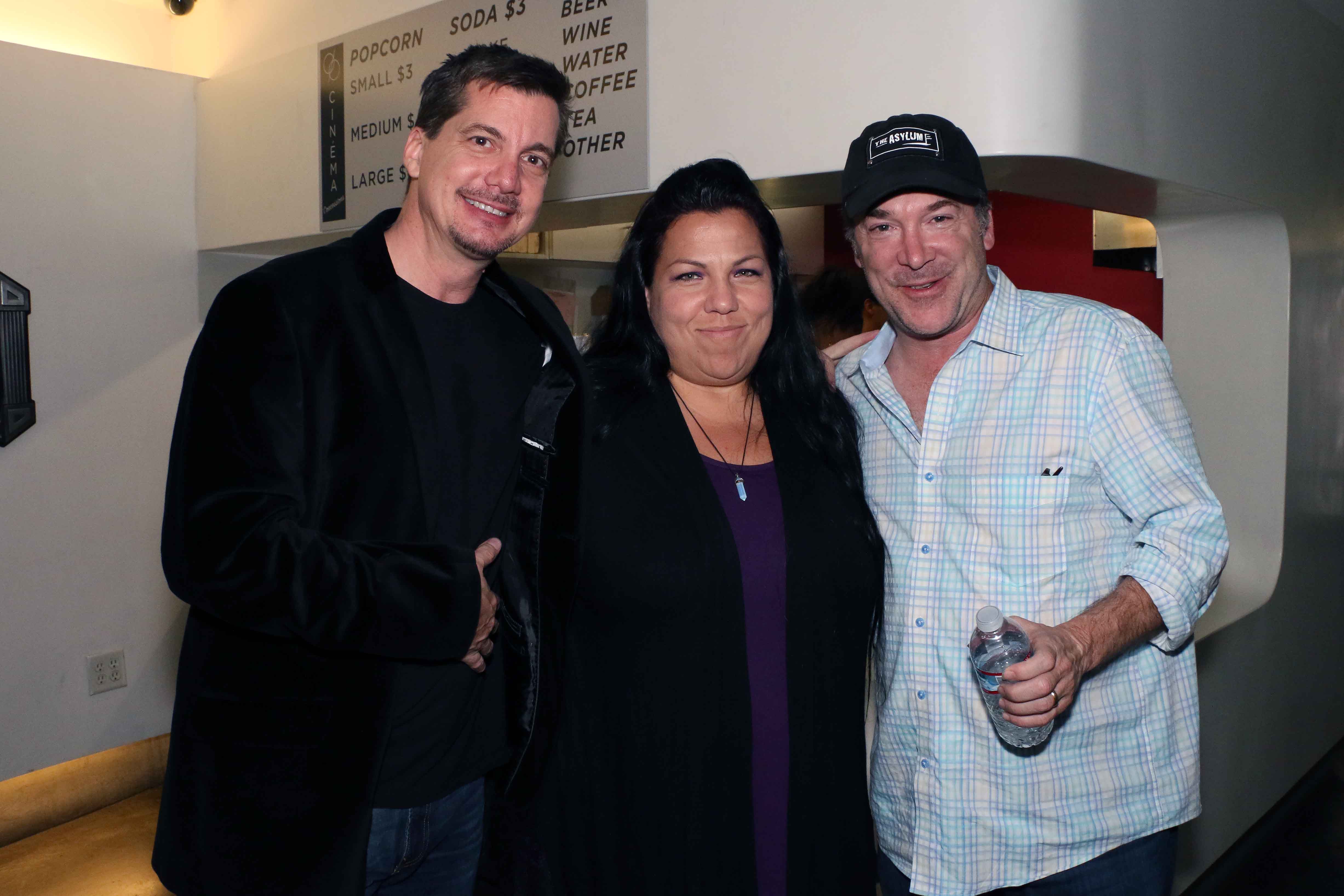 Isle of the Dead is a fun, exciting new twist on the standard zombie story, and you will learn to hate/love the character of Colonel Wexler played by D.C Douglas.

If you didn’t get a chance to see the premiere, there will be an encore on the Syfy channel on Wednesday, August 31st.

Zombie lovers, Resident Evil lovers, horror movie fans, action movie lovers, WWE Diva fans: all of you will enjoy Isle of the Dead! So check out the encore performance, August 31st on the Syfy Channel!