I Need a Himbo: Celebrating the Himbos of Horror

The horror himbo has had a storied history over time, from the celebrated classics of the genre to the modern-day horror himbo.

When asked about the word himbo, iconic actor Keanu Reeves once said, “There’s a great word.” And he was right.

Language is always changing, and recently, the terms bimbo and himbo have come back with more positive connotations as we see society reclaiming them. Himbo has become far more than the male version of a bimbo. It’s more than a muscly dude with more brawn than brains. Himbos have become a symbol of men who aren’t threatening to women and are instead comfortable in their own inherent masculinity.

It’s been an interesting evolution to examine and has become a celebration of men who won’t allow themselves to be fettered by traditional ideas on how men should conduct themselves, so being a himbo is a good thing in the year of our Lord 2021.

It doesn’t mean that the himbo in question is stupid. That’s far from the truth, and there are different types of intelligence after all. What the himbo may lack in one area, he may excel at in another.

We’re going to take a look at some of the most notable horror himbos to ever be put on our radar, as well as some underrated guys who need some love in particular. 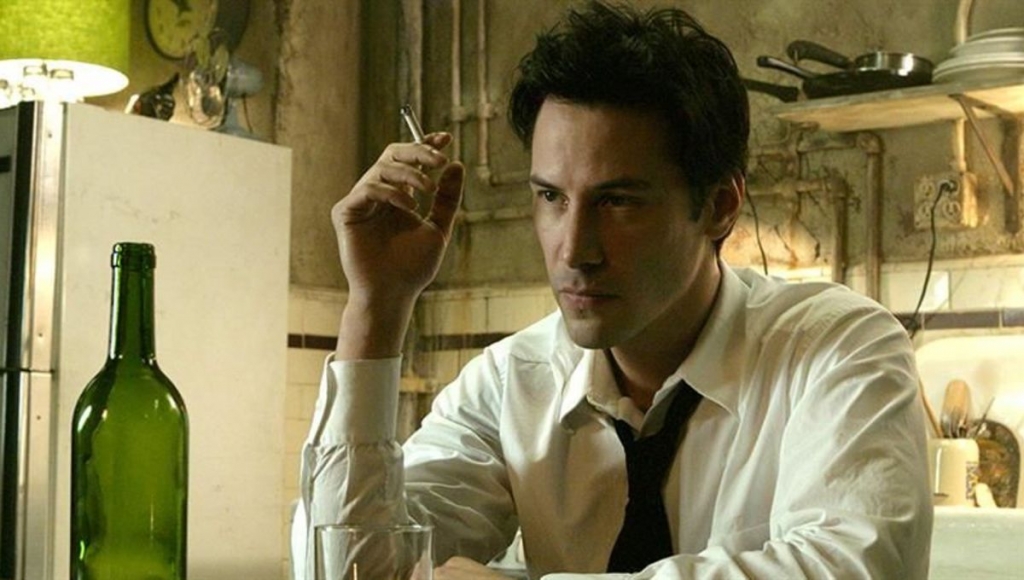 Horror comics are prolific for their forays into the dark and grotesque, but they also boast one of the most interesting himbos out there: John Constantine.

Constantine is a mess and a half. He’s typically naked for one reason or another — conning someone or messing up his own interpersonal relationships. Do we love him? Absolutely! Do we cringe at his predilection for screwing up his own life? Often! But his charms are undeniable, and they work way too well.

He’s the kind of guy we would let wreck our lives in one way or another and then ask ourselves why we did that. His chaotic magnetism pulsates on the page.

He’s had a few screen adaptations and some comic book revivals thus far, and there seems to be even more on the horizon, so it looks like as a society we can’t let John Constantine go. 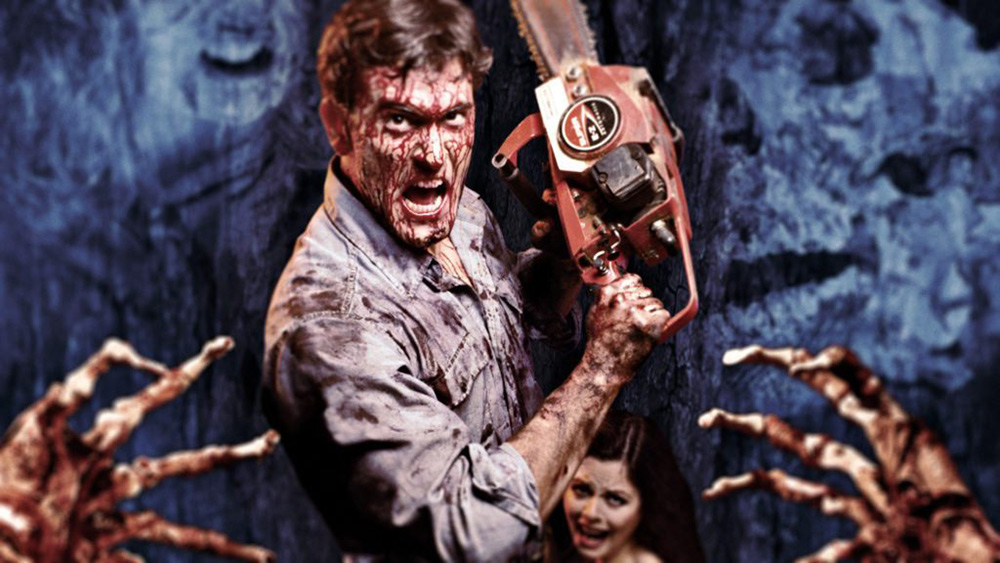 Ash is the father of all horror himbos.

Bruce Campbell has played this outrageous character from his inception, and we’ve seen him go from shy guy in the corner with an axe to silver fox womanizer, and the road has been a glorious one. Ash is a character who has transcended and evolved and been the cornerstone of the entire Evil Dead franchise.

There’s something fun about the mischief and the melee that Ash brings along with him, and we as viewers are always happy to ride right along with him. 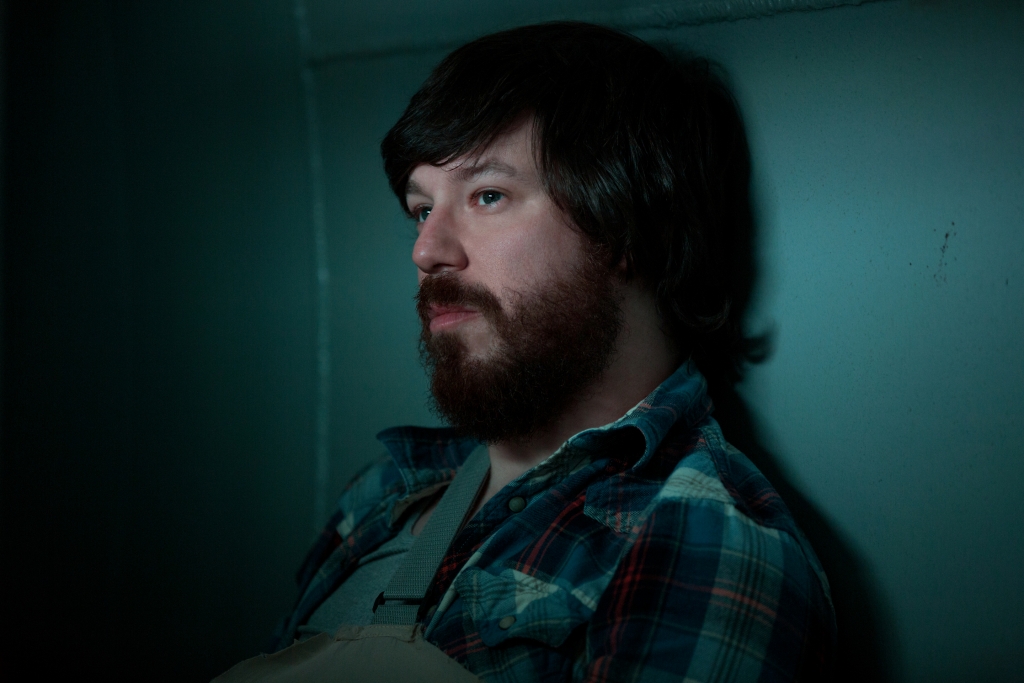 10 Cloverfield Lane presents a southern-fried version of the himbo.

Emmett’s well-meaning and self-effacing and ultimately a sweetheart. If I had to pick a man to be stuck in a bunker with at the end of the world, it would likely be someone a lot like Emmett DeWitt. Emmett underestimates even himself but proves to be loyal and shows a great amount of emotional intelligence and devotion.

As a collective, I can say we love a man who has a lot of heart, and Emmett fits the bill. Classical intelligence isn’t everything, and this babe just goes to prove it. 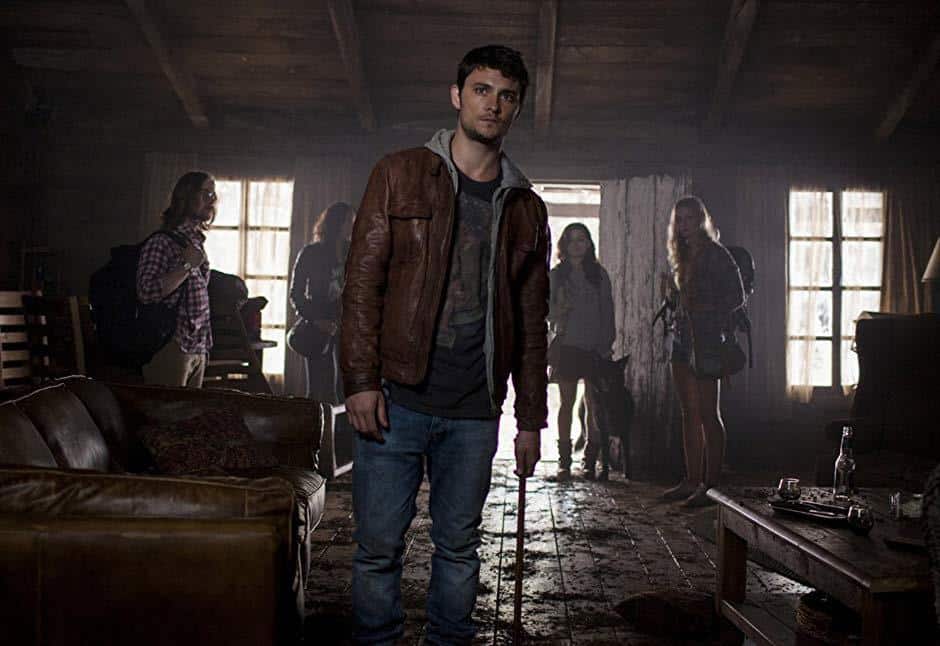 This man will use duct tape to patch up the situation as best as he possibly can.

I’m not sure what it is about the men of the Evil Dead movies, but they are as attractive as they are heroic. David is a tamer version of the horror himbo. He tries. His heart is in the right place, but there he goes trying to hold everything — including his own friends — together with duct tape. Bless his heart.

He has strokes of genuine brilliance in between the madness that is the world of Evil Dead, but one thing is for certain: duct tape will likely be involved. 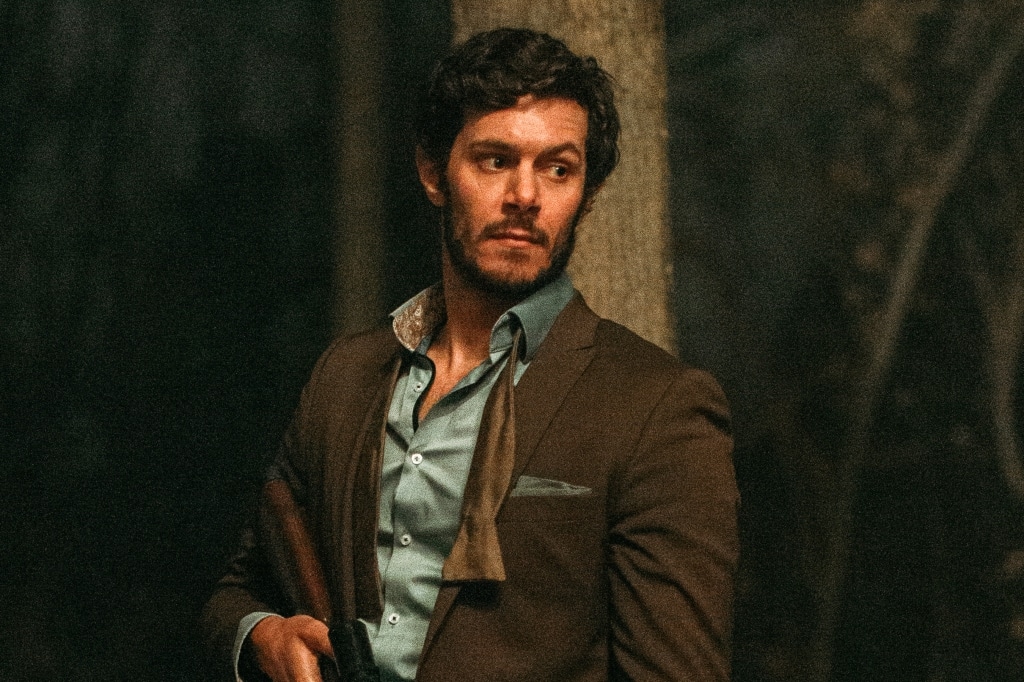 Ready or Not is a film filled with horrible people, but one thing is for sure: Daniel le Domas is one honorable bastard.

Being the drunken black sheep of his spoiled satanic family sets him apart. He’s the veritable dark horse, and he’s unpredictable, but Adam Brody exudes a sort of irresistible dark sensuality sans his affably evil façade a la Jennifer’s Body. In other words, he’s got range, and we love a man with range.

Daniel’s sarcastic charisma will draw you in, but his vulnerability and honor will make you stay. It’s a shame he and Grace aren’t sitting on a beach sipping margaritas together right now. 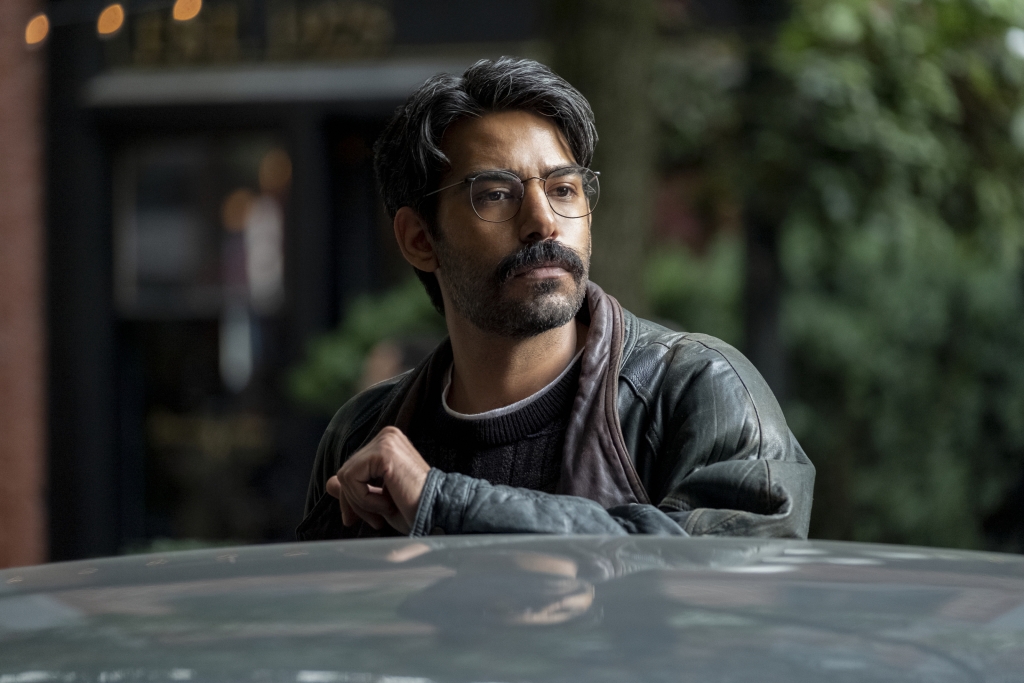 The only thing bigger than Owen’s heart is his mustache. Somehow he’s the spiritual offspring of Tom Selleck and Sam Elliot, and we love him for it.

While Peter Quint brings the toxicity and the danger, it’s Owen that wins the love of the viewers with his calm demeanor and ridiculous puns. His most toxic trait is the fact he’s likely going to ruin any romantic moment with absolutely adorably lame wordplay.

You can catch me on any given day crying while cooking and thinking about how Owen Sharma deserved a happier ending than he got. 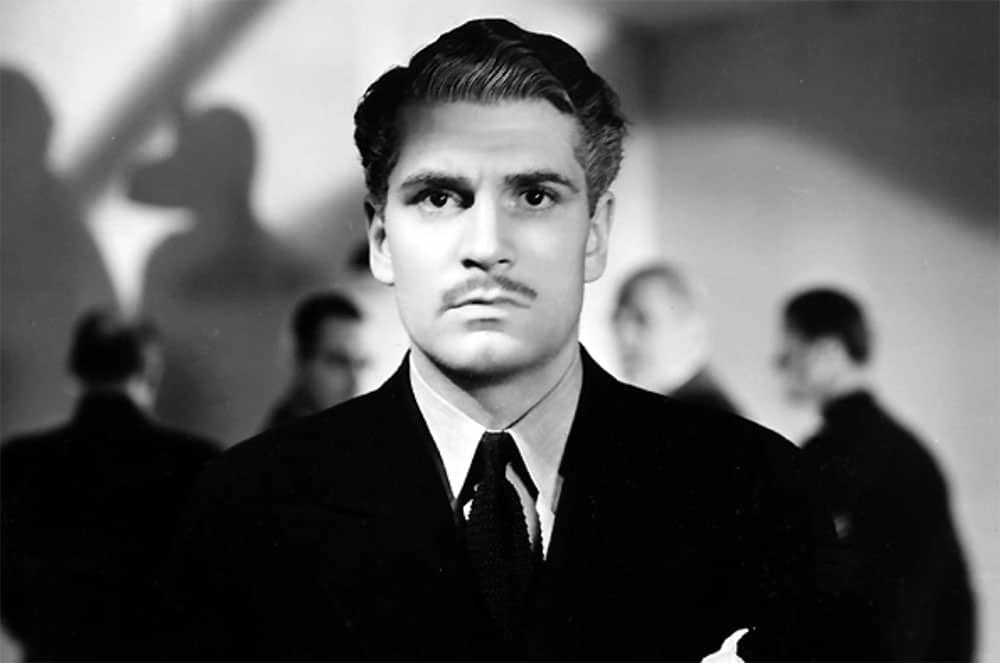 Maxim de Winter hasn’t had a screen adaptation that fully encompassed just how much of a himbo he really is.

Daphne du Maurier had her fair share of gothic himbos (Jem Merlyn from Jamaica Inn for example), but Max de Winter’s amazingly hot-headed nature makes him stand apart from the rest. He’s a man that is ostensibly intelligent enough to get away with actual murder, but when faced with the taunting nature of his first wife’s lover/cousin, he’s rushing across the room ready to call the authorities on himself.

Perhaps one day we will get a comparable screen version of Max, but ‘til then, we’ll be re-reading Rebecca and basking in his all too relatable reactions to unexpected company. 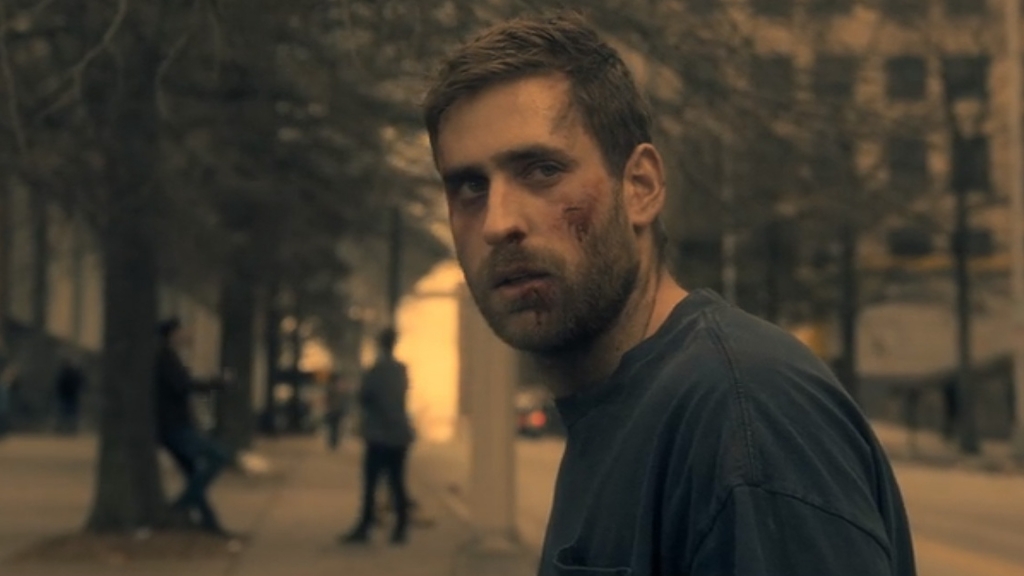 Sure, Luke has his demons, but he is sweet and loyal to a fault. These aren’t qualities that you should take for granted in anyone. Luke endlessly tries to be better and see the good in people. There’s something endearing in just how much he strives to help others even when he gets little credit and is ultimately berated for it.

Luke’s a genuinely good guy. He’s not perfect. No one is, but Luke stands as proof that you don’t need to be perfect to be good and you should always actively try to better yourself.

If you don’t adore Luke Crain, then you’re not living your life right, but I digress. 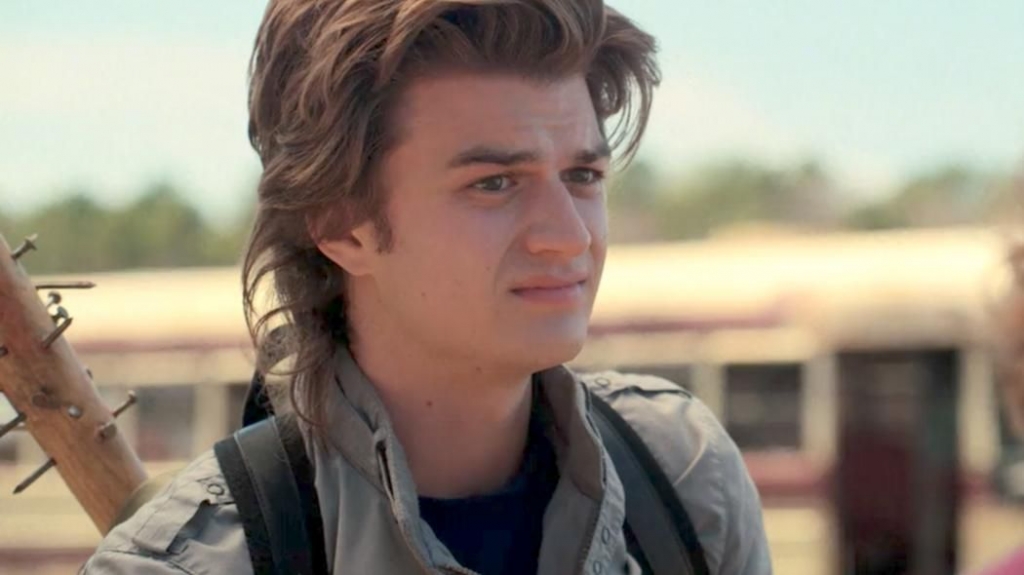 This one goes without saying, but Steve is perhaps one of the most classic examples of a himbo on this list, and he’s the man of many people’s dreams.

Steve’s not what you’d call book smart, but he’s scrappy and resourceful and a damn delight. There’s no himbo out there that has had the sheer glorious character development that Steve Harrington has.

He went from being your run of the mill high school dickhead to absolute hero. If you’re in a bind, you want Steve and his bat and wit on your side.

His heart is every bit as big as his hair, and both are extremely glorious. 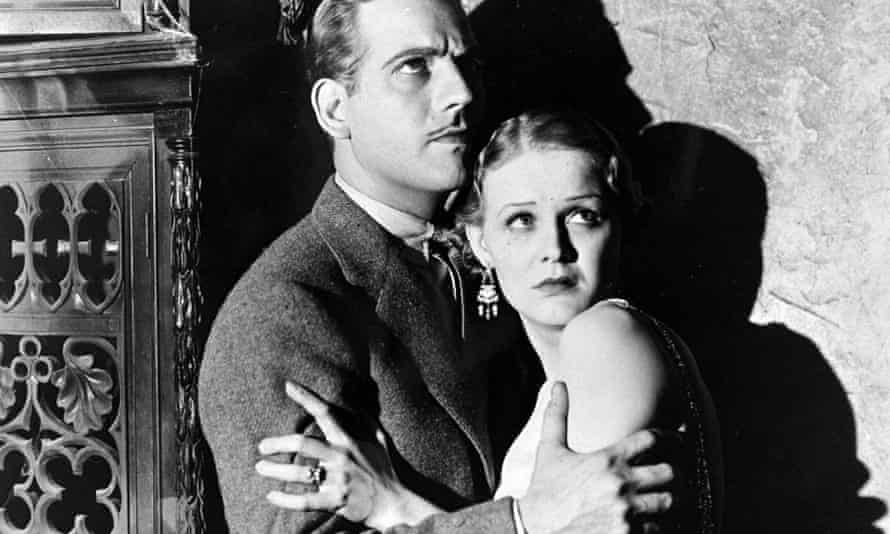 There’s nothing like older horror media himbos. They’re definitely a different breed, but they are no less interesting and wonderful in their own right.

Roger Penderel of James Whale’s lesser-seen horror triumph The Old Dark House. He’s the third wheel, he falls in love at the drop of a hat, and he nearly dies over the course of the film, but he’s marvelous. He embodies the chaos of gothic horror heroes in this brilliant send-up of the genre.

This movie isn’t one to be missed and should be on your watch list, regardless of if you like himbos or not.