It feels like a made-for-TV movie but features a host of familiar faces from 80s and 90s cinema and has some clever writing moments. 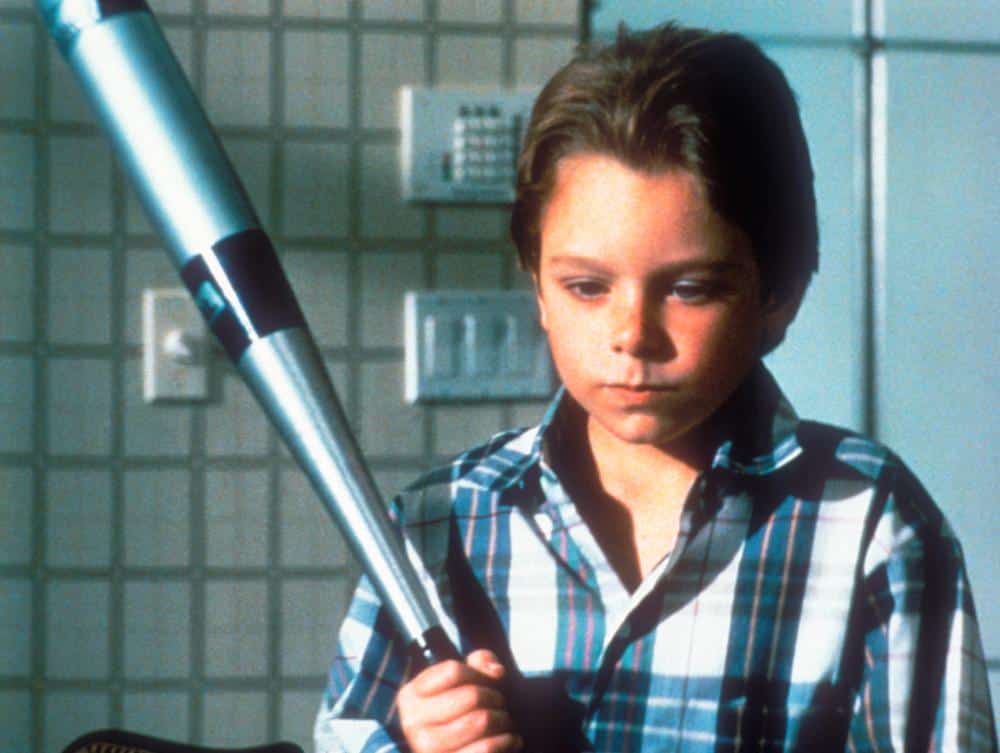 Mikey is adopted by a nice couple, but it’s only a matter of time before their relationship turns deadly just like all his past parents. Let’s dig into 1992’s “Mikey”, directed by Dennis Dimster!

If you see fire in the opening credits, you can expect it to play a big part in the finale of the film. That’s just neat writing (just like in Lethal Weapon 3).

Mikey is an adopted boy who has a penchant for killing those who annoy him. He’s partial to execution, but that won’t stop him from bashing in his father’s head with a bat or drowning his sister.

The problem with the pacing, as we start out with Mikey slaughtering his family in front of us, is we’ve already seen the full berth of evil. It’s hard to come back from that and believe that he’s going to be different with the next family that adopts him.

Like Problem Child with a mean streak, Mikey’s antics are all caught on film which he plays back like watching his favorite horror movie. 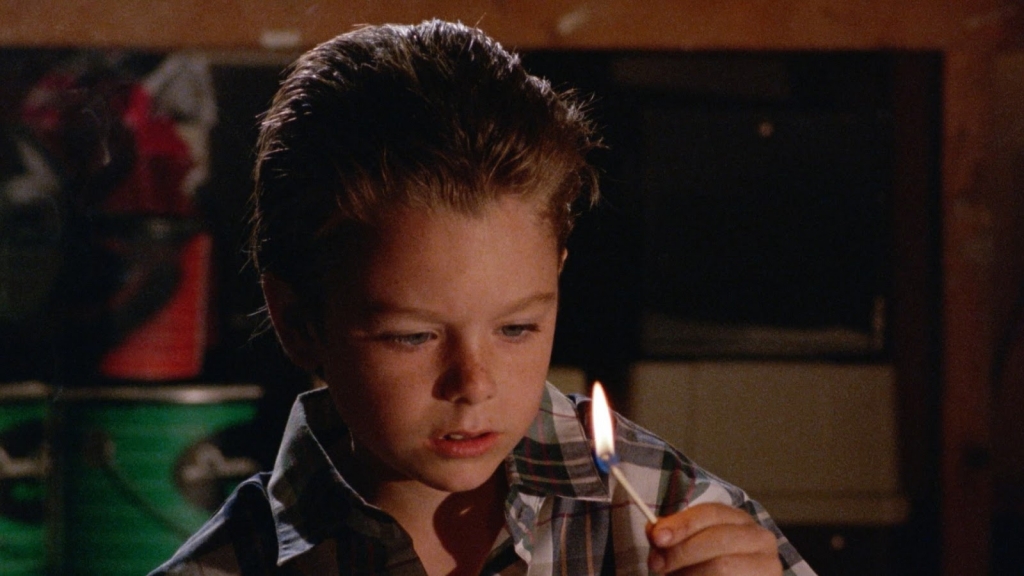 The turning point in his new family is when his new mother — Rachel — gives away baby fish. Hardly an executable offense, yet Mikey decides she’s jumped the shark and sets into motion the cleaver part of the script.

Josie Bissett who plays the teenage neighbor, and love interest (not reciprocated) of Mikey, lends a modicum of protagonist to an otherwise villain-driven story. Like so many eighties/nineties films the finale is a tea party of corpses (think Happy Birthday to Me).

As promised from the opening, it all explodes with flames.

Keep an eye out for the clear phone that everyone of a certain age (as old as I) seemed to have as a teenager. 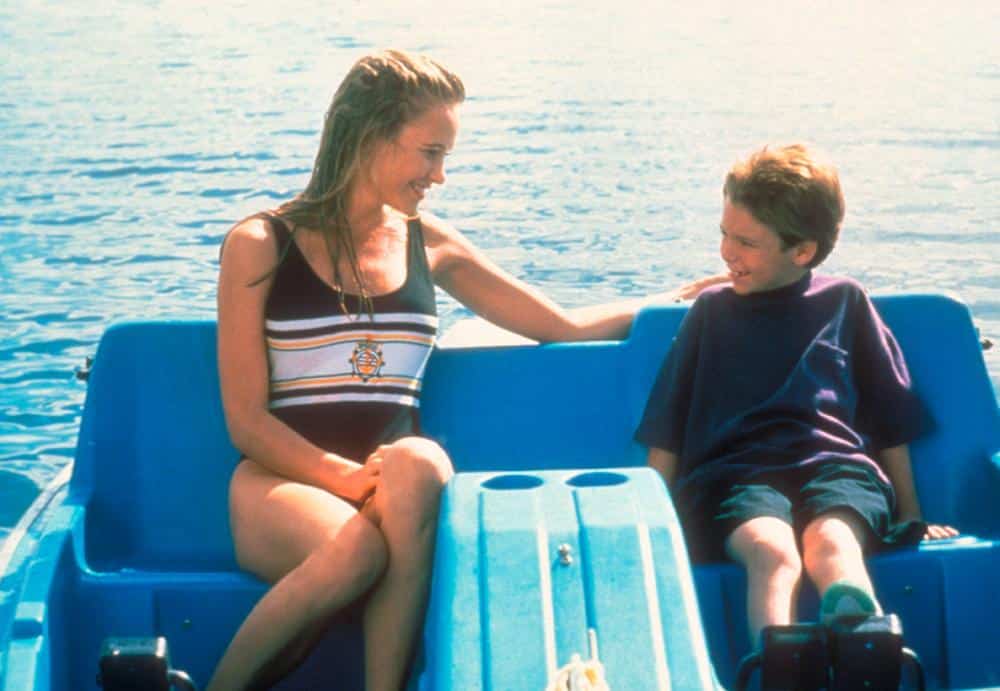 Having Mikey walk in on his naked adoptive mother in the bath (there was no cut used, Brain Bonsall was on set at the same time) isn’t something I can vibe with.

It’s easy to see why Josie Bissett was chosen to play Jessie, the subject of Mikey’s affection. She’s beautiful and has a bit of a Patricia Arquette vibe. She puts in a strong performance.

Nothing about this feels unique enough, and nobody played a more sadistic killer kid than Macaulay Culkin (The Good Son). That doesn’t stop films with mischievous little runts from getting made.

MVD Visual released a collector’s edition Blu-ray with a new making-of and additional extras created specifically for this version. You can also stream on Amazon Prime and Tubi.