From his first film in ’77, “Crash!”, Charles Band has been making utterly insane movies for decades — and you can see where it all began.

This week’s recommendation is one of the numerous Charles Band produced or directed films covered in this series throughout the years. Band and his low-budget production house Full Moon Pictures has a partnership deal with Tubi which ensures there is access to Full Moon’s huge library of films.

The plot of Crash! is fairly hard to explain and even harder to follow.

The film opens with a pretty young woman walking through a flea market for a very long time, set to funky 70s music. She ends up buying a weird key chain from a creepy street vendor as a gift to give to her husband. Her husband is much older than her, wheelchair-bound, and jealous as all hell. 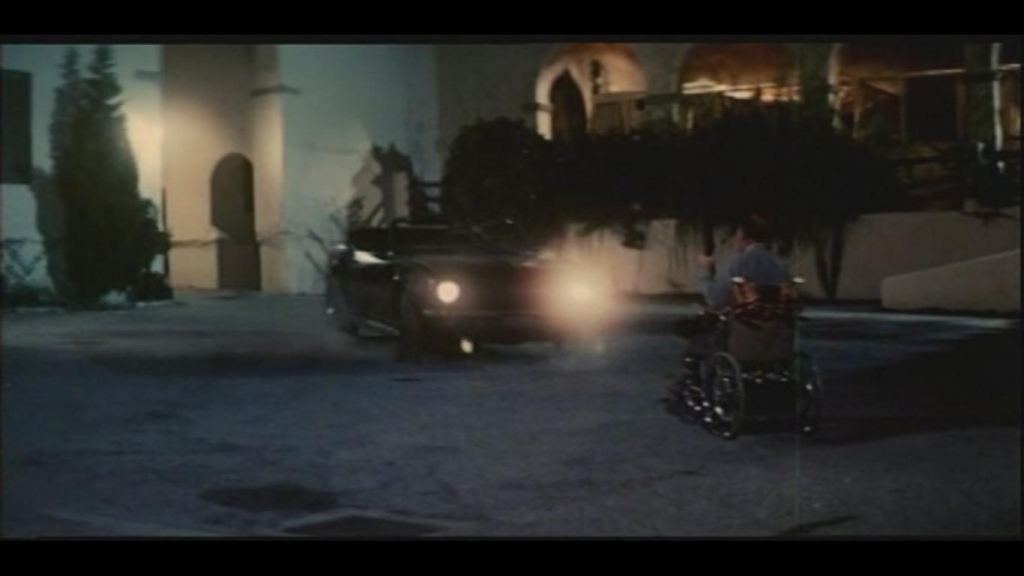 They get in an argument about her leaving the house without him, and she ends up storming off with the weird key chain in hand.

As she is driving down the road, a Doberman Pinscher jumps in the car and attacks her. She crashes and crawls out of the car, taking the key chain with her before the car explodes.

Flash forward a few days and she is completely wrapped in bandages and in a coma at a local hospital as a Jane Doe, still clutching the creepy old key chain which seems to have her possessed.

Meanwhile, a driverless car is speeding through the countryside causing a bunch of explosive car crashes.

Now you may be thinking, what does a seemingly possessed car have to do with this comatose woman, her jealous husband, or a mean old dog?

I can tell you with full confidence, I have no idea.

In fact, it seems like Charles Band knew full well the viewer would have no idea what any of this meant. Thus, we get a strange reveal at the end that’s intended to offer some answers.

Towards the end of the film, the woman regains consciousness and conveniently presents with amnesia. Her jealous husband picks her up at the hospital, takes her home, and locks her in the sauna to kill her. Her eyes turn red as if she is possessed, and we are treated to a flashback of all the explosive car crashes that happened during the film overlaid with her glowing red eyes.

It’s as utterly confusing the second time around as it was the first, but what the hell, it’s a Charles Band movie. And over 40 years later, he is still making movies exactly as insane as his first one.

Ultimately, CRASH! is an incredible drive-in cinema oddity. Part possession/revenge horror thriller and part demolition derby, it’s a fairly interesting look at the humble beginnings of one of the most notorious low-budget horror directors/producers of all time.

Check out this zany film now streaming for free on Tubi.