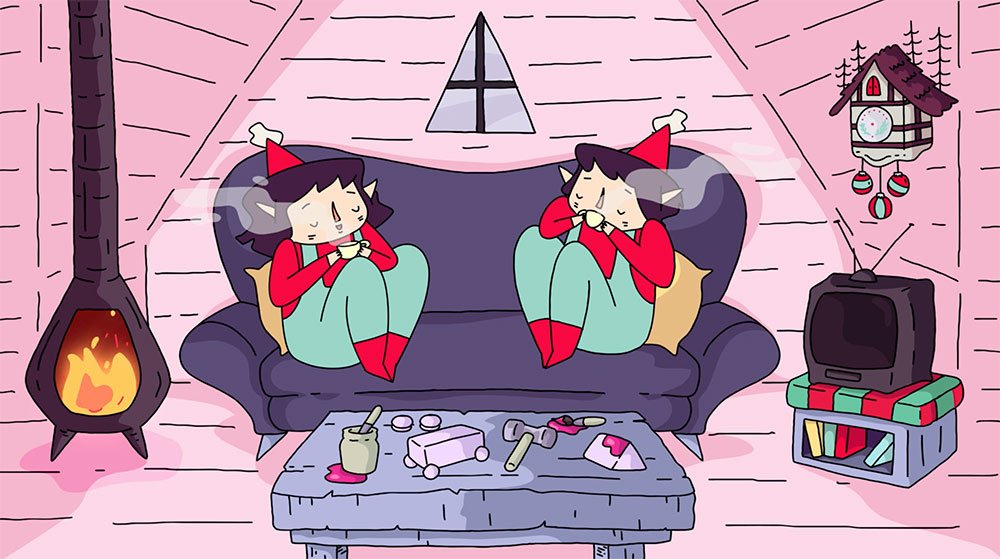 The 2018 Creepy Christmas Film Fest from Beck Underwood and NYC-based production company Glass Eye Pix gifts us a witty and, for many of us, all too frighteningly real twist on the behind-the-scenes work needed to make holiday magic. As we quickly approach the big day, the talented twin duo behind Joy + Noelle deliver a charming and  whimsical animated tale about the a very real fear so many of us face — the fear of procrastinating too long and not having enough time to get everything done before the festivities begin. It’s a perfect ode to procrastination that will leave you smiling from ear to ear. 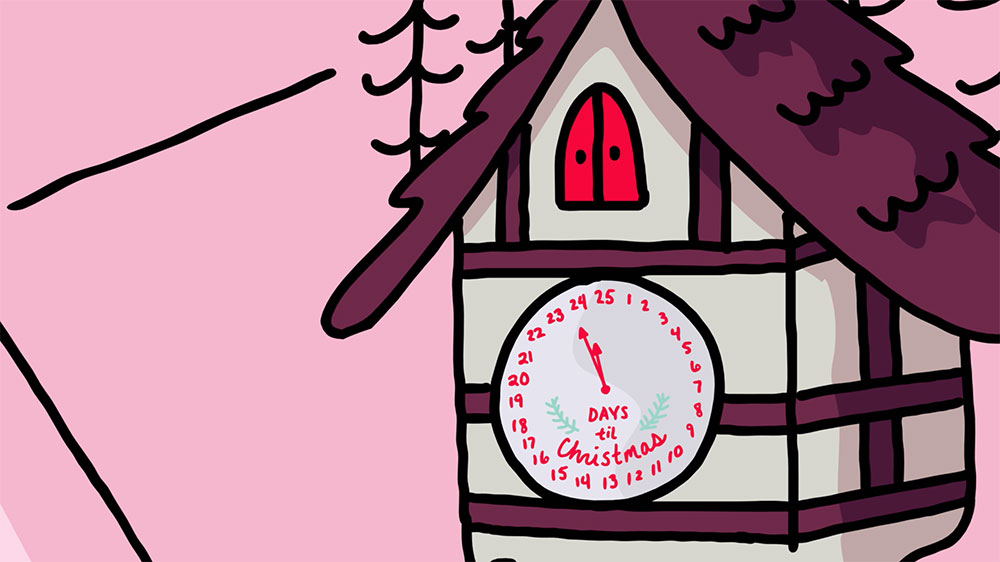 Prompted by the word ELF, Joy and Noelle explain the inspiration for their winsome tale:

JOY + NOELLE is New York-based animation and design duo Joy Buran and Noelle Melody. They are illustrators, animators, and, as it happens, twins. Joy and Noelle studied Media Art at Pratt Institute; their thesis film was their first collaboration. They specialize in story-driven work, ranging from commercial video, independent short film and book illustration. Joy lives in Queens and Noelle lives in Kingston, NY; they keep rooms in each other’s house and nooks in each other’s brain. Each also keeps an exquisite collection of charming objects and pets, from which they draw inspiration.

Check out “Two Late Elves”, the entry for Day 23 of the Creepy Christmas Film Fest below.