In honor of its anniversary, we celebrate the legacy of “Blood Feast” — a clever cash grab that unexpectedly changed the landscape of horror. 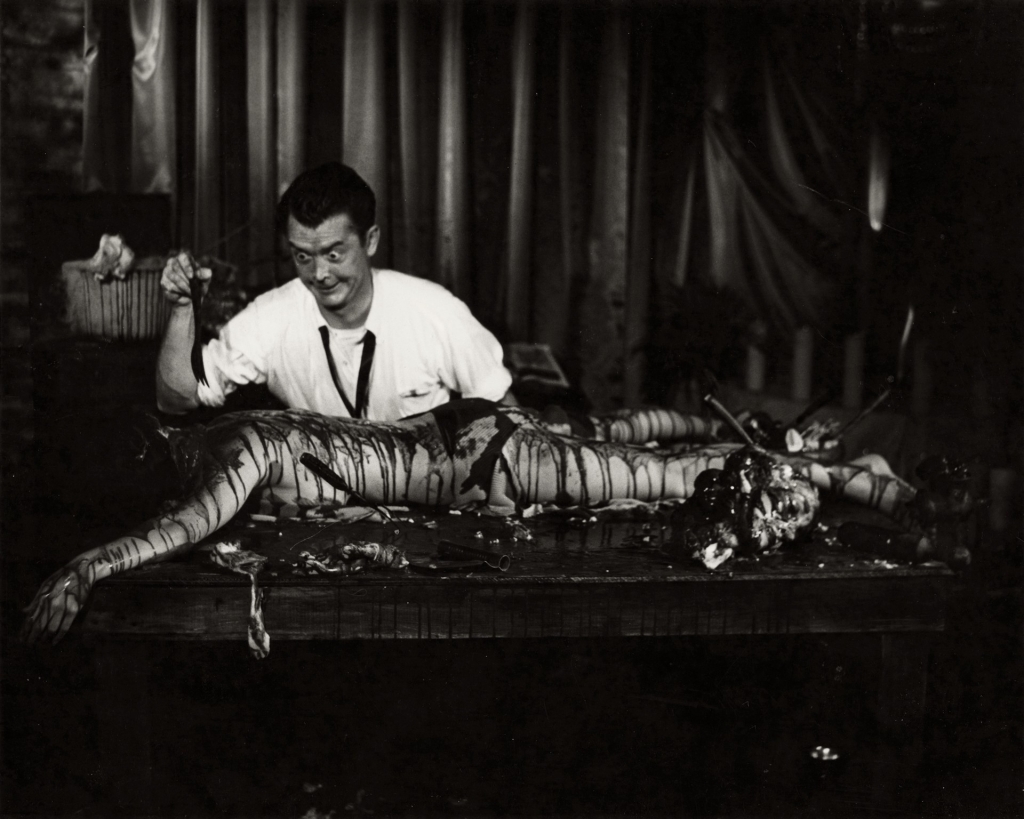 Hershell Gordon Lewis has carved out his niche in horror history as the “splatter king” with his film Blood Feast. Lewis broke the boundaries of horror and created a new subgenre: the splatter film. With the promise of delivering fresh new thrills — “Nothing so shocking in the annals of horrors” — Blood Feast premiered on July 6, 1963, in Peoria, Illinois at the Bel Air Drive-in.

The film follows caterer Fuad Ramses (Mal Arnold) as he kills young women to harvest body parts to recreate a rite dedicated to the ancient Egyptian goddess, Ishtar. He’s been hired to cater a party for socialite Suzette Freemont (Connie Mason). When her mother hires him, he tells her that he plans to serve an ancient Egyptian feast that hasn’t been prepared in 5,000 years.

Suzette is a student and one of her courses is in “Egyptian studies.” Her classmate and boyfriend, Pete Thornton (William Kerwin), happens to be a detective who’s working a string of grisly murders of young women — each with a body part missing. In class, they learn about how young women were sacrificed to the goddess Ishtar. Suzette expresses her concern and fear about the recent killings to Pete after class. 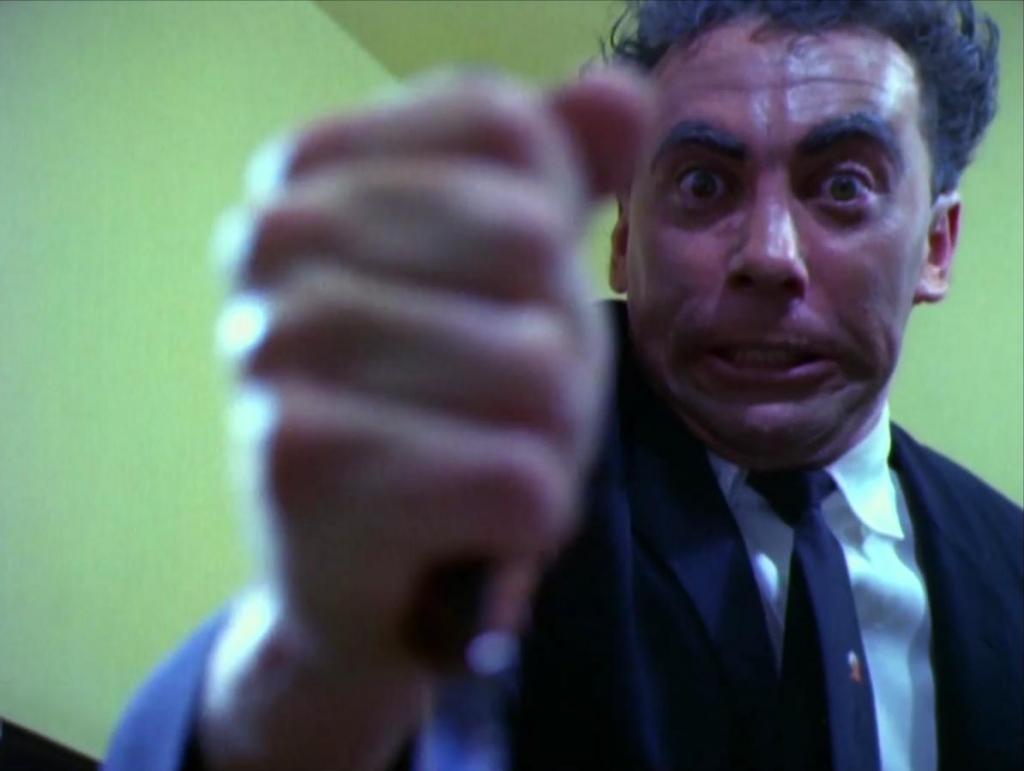 Scenes of grisly murders are played out in rich, vibrant scarlet. It’s no-holds-barred in Lewis’ film as Fuad Ramses chops off legs, rips out tongues, and scalps his victims while ruthlessly compiling his gruesome collection to honor Ishtar. The focus is on gore, and the kills deliver in vivid blood-red Technicolor. The kill scenes are cringe-inducing in the way that they were meant to be, especially the scene where a victim’s tongue is ripped out.

Arnold’s performance as Ramsey is exaggerated and over-the-top, complete with a very artificial set of bushy eyebrows, bulgy-eyed stare, and exaggerated limp.

At the time this film was made, Lewis and his partner-in-crime, David F. Friedman, were churning out soft-core sex films which were known as “nudie cuties.” The two felt that it was time to move on to something new. They wanted something that could be made on a shoestring budget and turn a profit.

They came up with the idea of splatter films — an effort to take horror in a different direction by focusing heavily on gore.

In a 2013 article on rogerebert.com, writer Simon Abrams quotes Friedman as saying that he and Lewis were, “[selling] the sizzle, not the steak.”

When Blood Feast was released, censors didn’t know what to do with it. 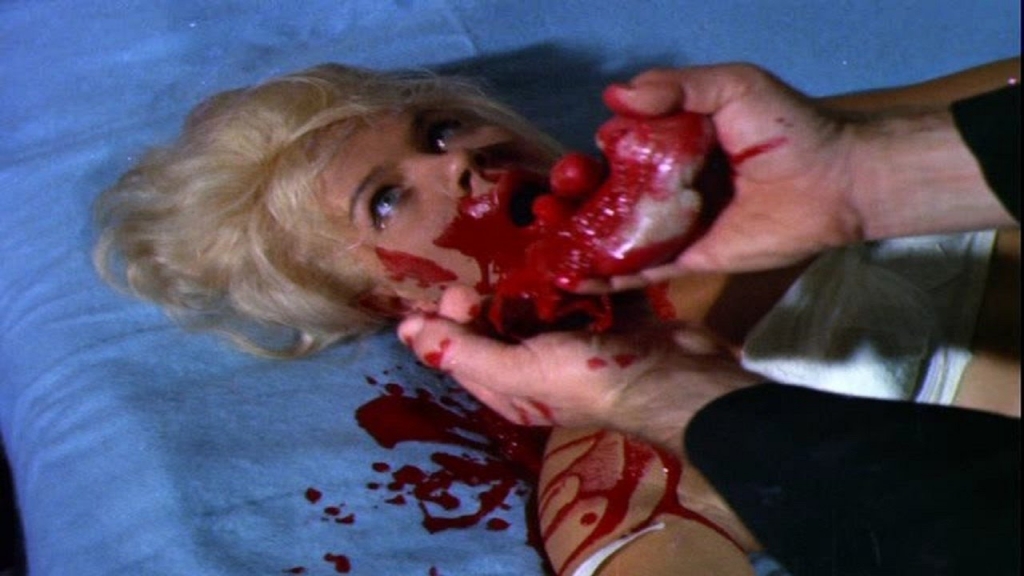 In Lewis’ obituary in the New York Times, writer William Grimes quotes Lewis from a 2002 interview with the AV Club:

Grimes said that Variety panned Blood Feast, describing the film as a “totally inept shocker,” and “an insult even to the most puerile and salacious audiences.”

Grimes adds that the Los Angeles Times called it, “a blot on the American film industry.”

Regardless of what the critics thought, however, audiences couldn’t get enough. 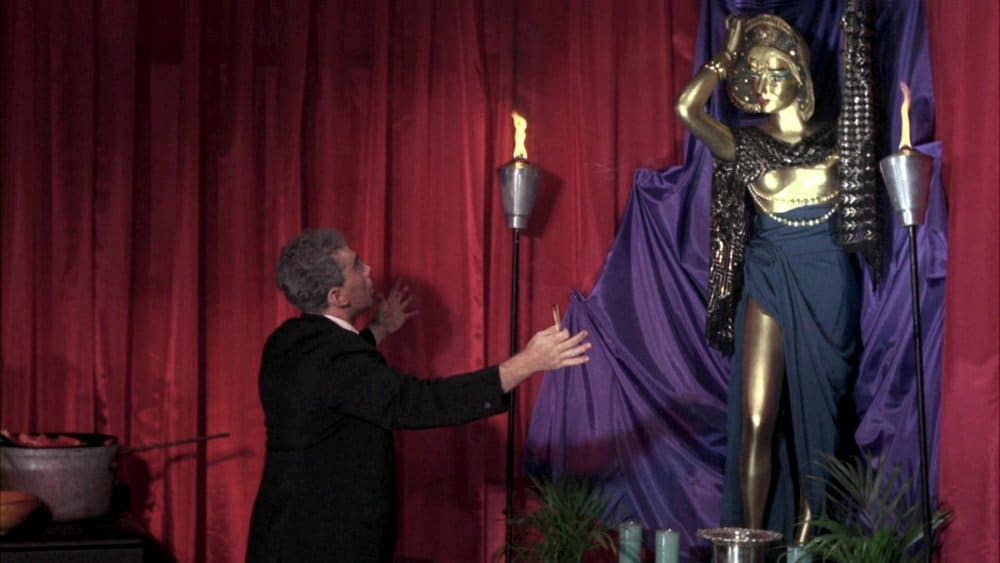 Lewis made trips to drive-ins to check on how his movie was doing and found that cars were lining up to see his splatter fest.

Lewis was always up-front about his motivations in filmmaking. He just wanted to make money. Once he exhausted the “nudie cuties” niche, he began to think of something new that would sell. According to Abrams, it took only $24,500 to make Blood Feast. Abrams says that “depending on who you ask,” the film earned somewhere between $7-30 million.

Abrams writes, “He [Lewis] thinks of himself as a ‘wizard of make-do.'”

“I see filmmaking as a business and pity anyone who regards it as an artform and spends money based on that immature philosophy.”

After the success of Blood Feast, Lewis and Friedman decided to make two more gore films. Along with Blood Feast, they would become known as “The Blood Trilogy”. Those films were Two Thousand Maniacs (1964) and Color Me Blood Red (1965).

Blood Feast paved the way for films such as The Texas Chainsaw Massacre, as well as the many slasher films that followed. 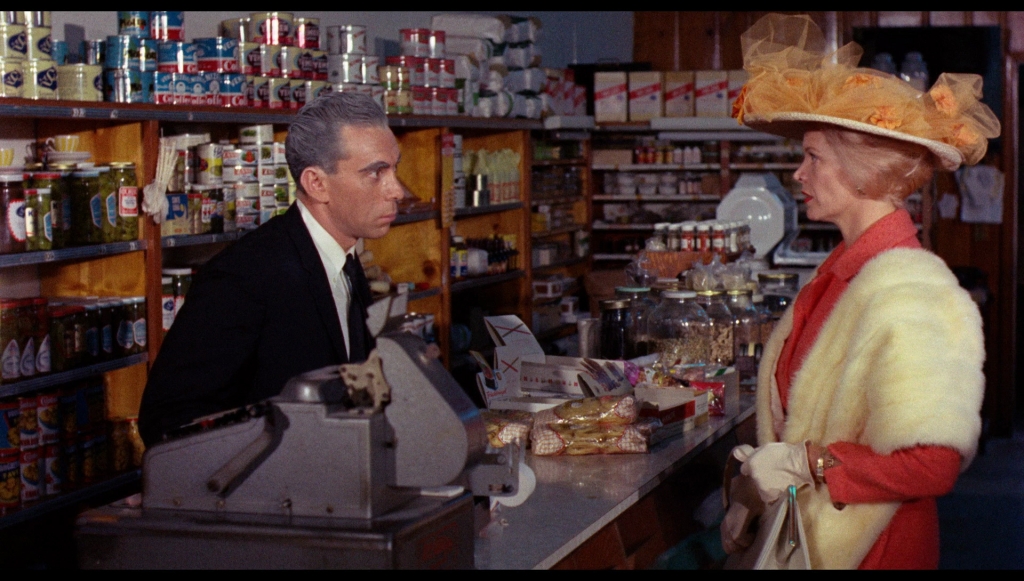 Director John Waters told the New York Times, “He [Lewis] invented a genre of movies, and made fun of himself from the very beginning, which I thought was endearing.”

Waters appeared in Blood Feast 2: All U Can Eat (2002). Lewis and Friedman came out of retirement to make the sequel, which focuses on Fuad Ramses’ grandson, Fuad Ramses III, as he follows in his grandfather’s footsteps by reopening the family catering business and becoming possessed by Ishtar.

The New York Times obituary for Lewis included a quote from his f2006 interview with the San Antonio Current:

‘To some extent, BLOOD FEAST is an embarrassment, not just to me, but to the entire motion picture industry. But the result has been a realization of my personal philosophy, which is, ‘If you live long enough, you become legitimate.'”

While it may not exactly be high art, having been conceived and made for profit rather than passion, there is no denying Blood Feast‘s importance and far-reaching influence on the genre, which is still seen today in modern slashers and gore films. 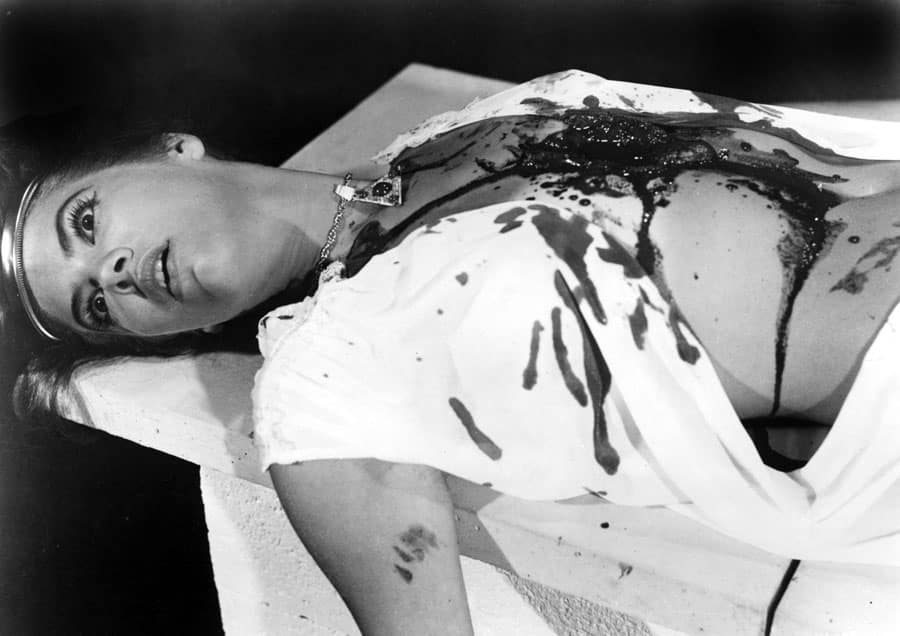 1. According to Abrams, actor Mal Arnold who played Fuad Ramsey, used a real machete in the film. The “gore” was a mixture of “offal, gelatin, and fake blood bought from Barfred Cosmetics.”
The severed limbs were from mannequins. In the scene where the victim’s tongue was pulled out, a sheep’s tongue was used.

2. Lewis was inspired to make Blood Feast after seeing Alfred Hitchcock’s Psycho. Lewis wanted to make a film that showed what Psycho didn’t.

3. Blood Feast was filmed in Miami, Florida, over a period of only four days.

4. According to Wikipedia, Connie Mason, who plays Suzette Fremont, was Playboy Magazine‘s Playmate of the Month in June 1963 and was a Playboy Bunny at the Playboy Club in Chicago. She also starred in Lewis’s film, Two Thousand Maniacs!

5. According to his New York Times obituary, Hershell Gordon Lewis earned both a bachelor’s and a master’s degree in journalism from Northwestern University. Before filmmaking, Lewis worked as a copywriter for Morlock, a Chicago-based advertising agency, and he directed television commercials for a small production company called Alexander and Associates.