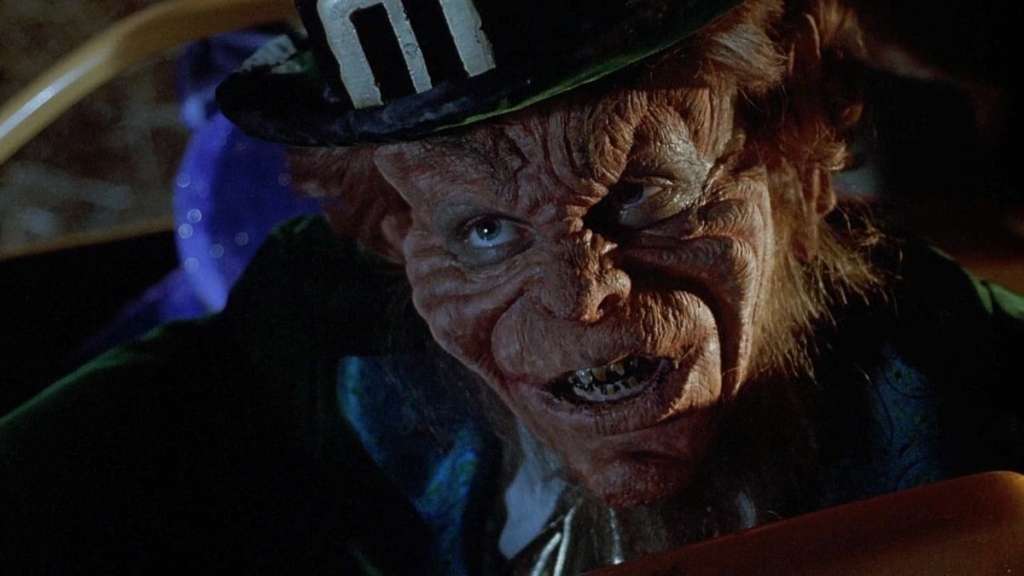 Leprechaun stands out in the horror genre for many reasons.

At the time (1993), having a leprechaun as an antagonist was completely new to horror. How many movies about leprechauns can you think of off the top of your head? Writer and director Mark Jones successfully brought those friendly-looking sprites associated with St Patrick’s Day and sugary breakfast cereals into the realm of horror movie monsters.

The leprechaun is a type of fairy from Celtic folklore known for mischief and considered possibly dangerous. Leprechauns are known for being shoemakers, and for possessing a treasure or pot of gold which they protect.

Jones’ 1993 film sticks to original leprechaun lore. A man named Dan O’ Grady (Shay Duffin) traps the leprechaun, Lubdan (Warwick Davis), and makes him show him his pot of gold. Lubdan also introduces himself as a shoemaker by trade.

Jones did add one interesting detail: the leprechaun can be repelled by a four-leaf clover the way vampires were traditionally repelled by crucifixes and garlic.

Using the four-leaf clover, O’Grady manages to trap Lubdan in a crate in the basement of his farmhouse. J.D. Redding (John Sanderford) purchases the farmhouse 10 years later. He and his daughter, Tory (Jennifer Aniston) arrive and assist a small crew in fixing up the farmhouse.

Lubdan is awakened from his 10-year confinement. Once he gets out, he goes to homicidal extremes to recover his gold.

Leprechaun was released at a time when horror was trending towards supernatural beings as slasher villains, no doubt inspired by the success of Freddy Krueger. 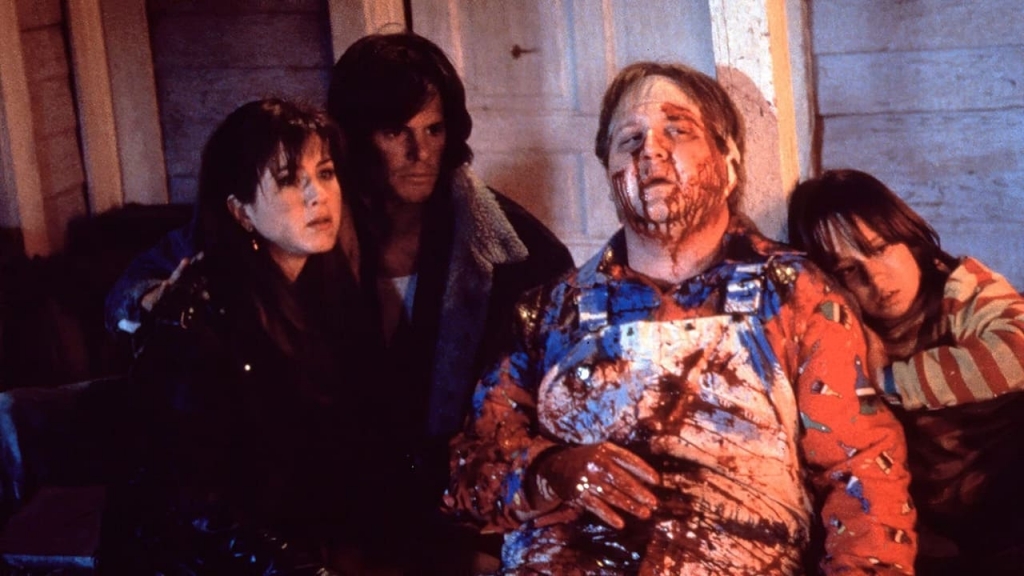 The late 1980s and early 1990s saw the introduction of Pinhead, Candyman, and the malevolent genie in Wishmaster (1997). The notable shift suggests a need to confine serial murder to the realm of fantasy.

Perhaps this could be an effect of the gritty, atmospheric horror of the early 1970s. Films like The Last House on the Left (1972), I Spit on Your Grave (1978) and The Texas Chainsaw Massacre (1974) brought all-too-realistic terror to audiences. These films brought horror out from their realm of shadows established by Universal Films iconic horror films, Dracula (1931), Frankenstein (1931), The Mummy (1932), and The Wolf Man (1941).

Halloween and its successor, Friday the 13th (1980), started out with elements of realism but eventually entered the realm of the supernatural. Both Michael Myers and Jason Voorhees become established as supernatural, unkillable, and even undead serial killers.

A Nightmare on Elm Street (1984) introduced the idea of the slasher as a completely supernatural being — a literal Boogeyman who can kill you in your dreams. However, the series seems to significantly ramp up the camp factor with each new installment, suggesting a need to tone down the horror, perhaps to make it more palatable for mainstream audiences once Krueger became a mainstream icon. 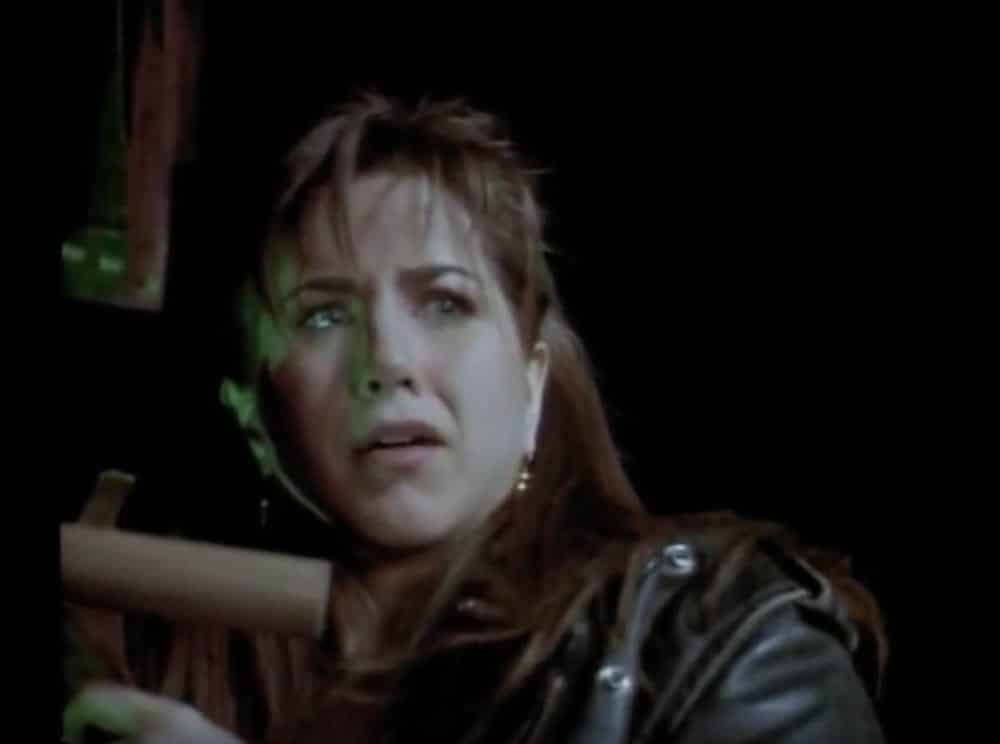 For example, in one scene, Lubdan kills the owner of a collectible shop by jumping on his chest with a pogo stick while singing “This Old Man”. In another, he is pulled over by a police officer while driving a toy car.

It’s silly for sure, but it also manages to be suspenseful, primarily because the leprechaun had not previously been established as a horror monster. Unfamiliarity creates suspense and intrigue; the viewer isn’t sure what to expect. A viewer can’t help but wonder what will happen next. How will the group deal with a homicidal leprechaun who will kill to find his pot of gold?

In preparing this tribute, I wanted to know what inspired Jones to write the film. Was it the fact that leprechauns were uncharted territory?

Jones said that writing Leprechaun was a challenge because there wasn’t a lot of information about them.

“What I found was that leprechauns are the offspring of evil spirits and demented fairies and there’s no way to kill them. So what I ended up doing was mixing historical facts with things like the four-leaf clover stopping him, which I made up,” Jones said.

According to Beresford, critics said that the movie was: “unwatchable,” “neither scary nor funny,” and an “utter waste of perfectly good Kodak film stock.”

Leprechaun spawned a franchise of seven sequels that follow the leprechaun as he kills or tries to kill anyone who comes between him and his gold.

If you settle in for a Leprechaun marathon, the series (like Elm Street) becomes campier with each film. Some of the titles are self-explanatory: Leprechaun 4: In Space (1997), Leprechaun in the Hood (2000), and its sequel, Leprechaun Back 2 Tha Hood (2003). The films easily qualify for the coveted “so bad it’s good” classification.

With Leprechaun, Jones successfully introduced a new horror movie monster who has carved out his own niche beside vampires, werewolves, zombies, and the Frankenstein monster.

As ridiculous as the franchise gets as it progresses, there’s no denying that Lubdan, the titular Leprechaun, has become a horror icon — as recognizable and beloved as the titans of horror like Freddy and Chucky who deliver as much humor as horror and keep fans coming back for more and more. 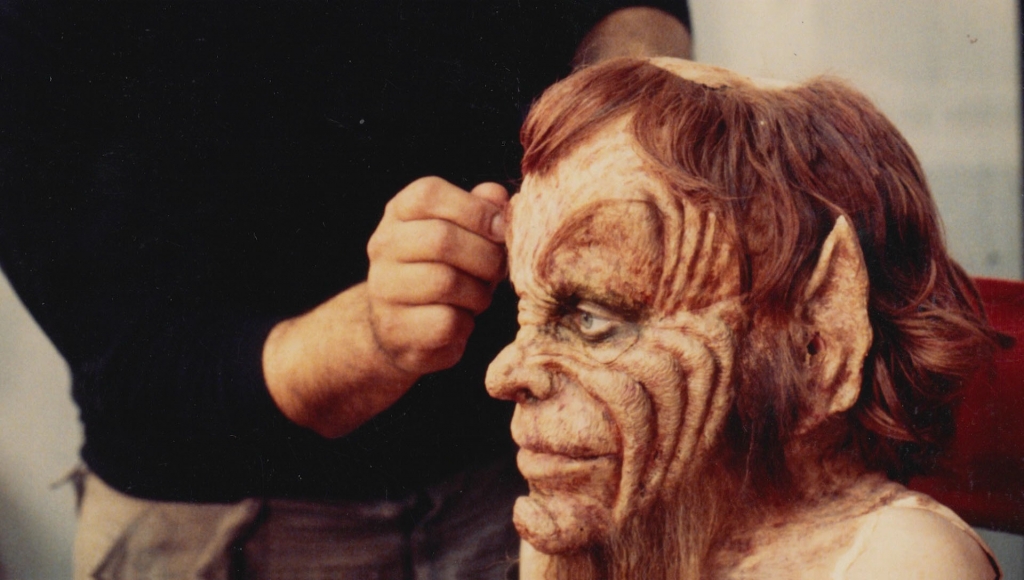 1. Leprechaun was Jennifer Aniston’s first film role. According to Screen Rant’s 2020 article, “10 Behind-The-Scenes Facts About The Making Of Leprechaun,” by Jake Dee, Jones fought with Trimark Pictures to cast her in the lead.

3. Two interesting names are included in the special thank you credits: George Lucas and former U.S. Vice President Dan Quayle. After working with Lucas in Willow (1988) and Star Wars: Return of the Jedi (1983), Davis was under contract to work only with Lucas. However, Lucas allowed Davis to work around his contract for Leprechaun. Former Vice President Quayle expedited Davis’ work visa allowing him to legally work in the U.S.

4. In one scene, Lubdan finds a box of Lucky Clover cereal instead of the famous magically delicious variety. Turns out, Jones initially had General Mills’ permission to use their product. That is until the company saw Jones’ finished product. Jones also changed a line in the film from “Your luck just ran out!” to “F**k you, Lucky Charms!”

SOURCES
Beresford, Jack. (2021, January 8). “On This Day in 1993 Leprechaun Hits Cinemas and a Star is Born.”  The Irish Post. https://www.irishpost.com/news/making-of-leprechaun-201127; Dee, Jake. (2020, August 31) “10 Behind-The-Scenes Facts About The Making Of Leprechaun.” Screen Rant. https://screenrant.com/leprechaun-movie-behind-scenes-making-trivia/amp/