“The 355” is entertaining, if not groundbreaking, with a stellar cast and enough staples of the genre to satisfy fans of sexy spy thrillers. 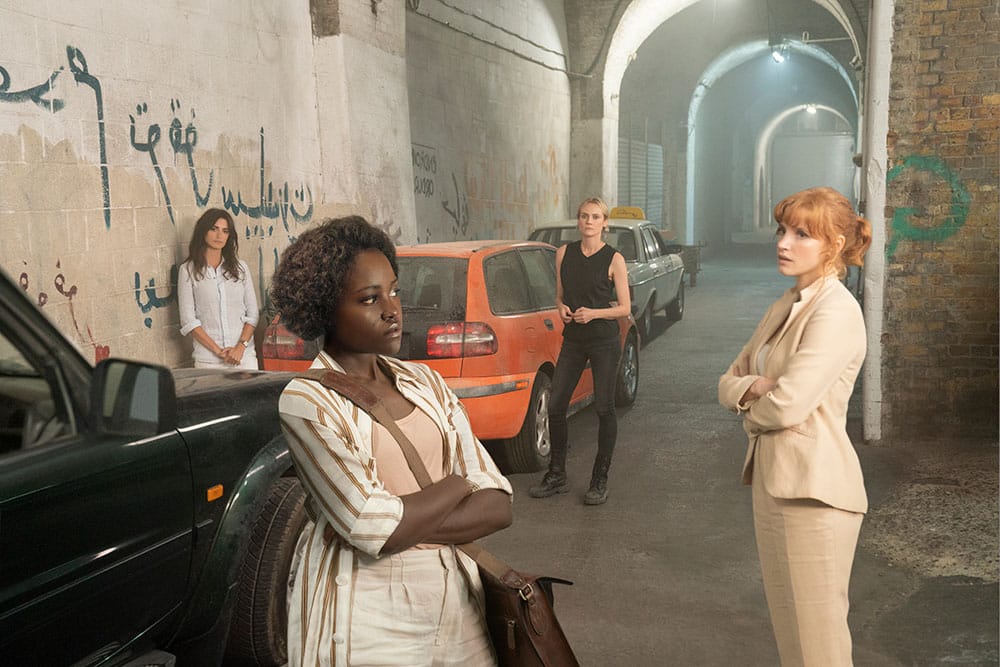 The 355 is an espionage thriller that began with an idea, hatched by producer and star Jessica Chastain. While serving on the Cannes competition jury, she was struck by several billboards promoting big-budget action flicks which, of course, were almost entirely male-driven.

While filming Dark Phoenix in 2017, Chastain approached director Simon Kinberg with her idea: create a female-led action thriller in the vein of 007 and Mission: Impossible. In 2018, the concept for The 355 (a reference to the real-life anonymous Agent 355, one of America’s first female spies deployed during the late 18th century) was presented to buyers at Cannes, prompting a surprising bidding war.

Sadly, almost four years later, following a delayed release due to Covid and a lackluster marketing campaign (with a generic trailer that’s done little to generate positive buzz), the film is finally being dumped in theaters during the dreaded January dead zone. And early reviews have not been overly kind.

It seems whenever there’s a film featuring a predominantly female cast, with women filling typically male-dominated roles, there’s a lot of fanfare and scrutiny. While women turning up in a comedy or period piece won’t cause a stir, women taking on an exceptionally physical spy thriller/action film certainly will.

“Oh, look, women are doing things. Men usually do these things. This is unheard of.”

It’s not unheard of, of course. But it’s still rare enough for it to be a big deal.

On one hand, it’s thrilling to see filmmakers rethink a well-tread formula and attempt to shake things up. On the other hand, it’s somewhat frustrating that a film gets sold as revolutionary simply because it’s female-centric.

The problem with this phenomenon is two-fold. 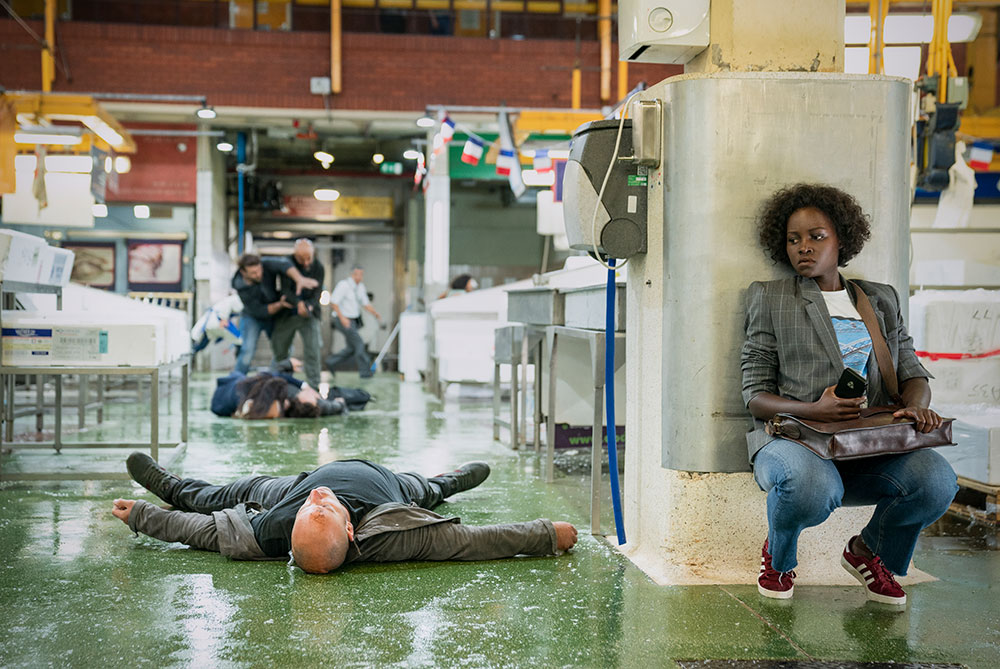 First, these films get marketed and sold as if they’ll be setting some new standard in filmmaking — that by simply casting women in roles you don’t often see them in, and by putting women at the center of the action rather than on the periphery, something remarkable can and should happen.

This uses women as a gimmick, turning the film into a morbid attraction where the curious flock to see if ladies can pull off the expectation-defying feat. Can women really carry an action film? It’s a treacherous game where success is heralded as some miraculous anomaly and failure is viewed as another brutal notch in the “see, we told you so,” belt of gender stereotyping.

Second, there’s an inherent problem with how the success of these films is defined. A female-centric action film isn’t just judged by how much ass it kicks. Somehow, for some reason, it must rise to a new echelon where something bigger, grander, more meaningful is needed to justify its existence.

If a film leans into that girl power pastiche, it gets derided for being too preachy, sacrificing pure entertainment value for the sake of its “agenda”. If the film fails to rise above its male-dominated counterparts and make some novel use of its lady parts, it’s chastised as a missed opportunity that deserves extra scrutiny and criticism for what it fails to achieve.

Many of the early reviews of The 355 have criticized a script that lacks complexity or, in many cases, plausibility. Others have expressed frustration that the film fails to elicit the emotionally charged, Oscar-caliber performances these talented actors are capable of.

Both are fair points of contention. 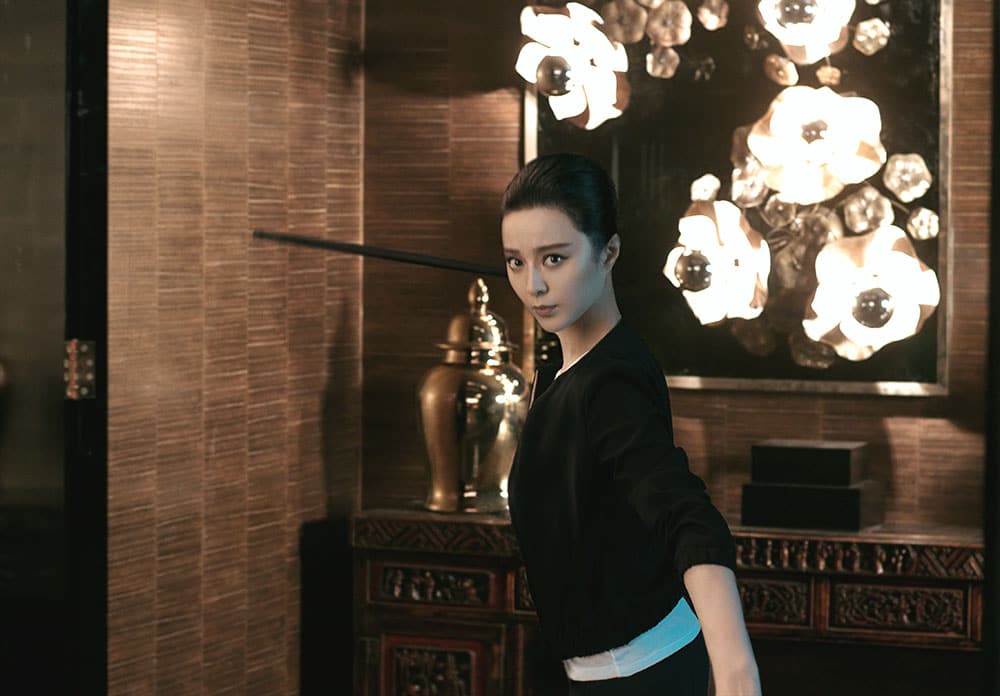 True, the script, co-written by Kinsberg and playwright Theresa Rebeck, is standard fare. And the plot is as outlandish as you’d expect from any film heavily inspired by the likes of Bound, Bourne, and Mission: Impossible. If plot holes make you crazy, maybe just skip this one.

It’s also true that the five powerhouse stars of the film are capable of so much more. But male actors of notable stature have been jumping at the chance to blow stuff up and jet-set around the world chasing bad guys in cool clothes for decades. Sometimes very serious and capable actors just want to have a little fun.

And, maybe it’s only because these actors are just that damn good, but it sure as hell looks like they’re having fun in The 355.

Is THE 355 a game-changer? No. Does it revolutionize the spy thriller? Definitely not. It's formulaic, but it also has enough style, sizzle, and star power to keep things interesting. Click To Tweet 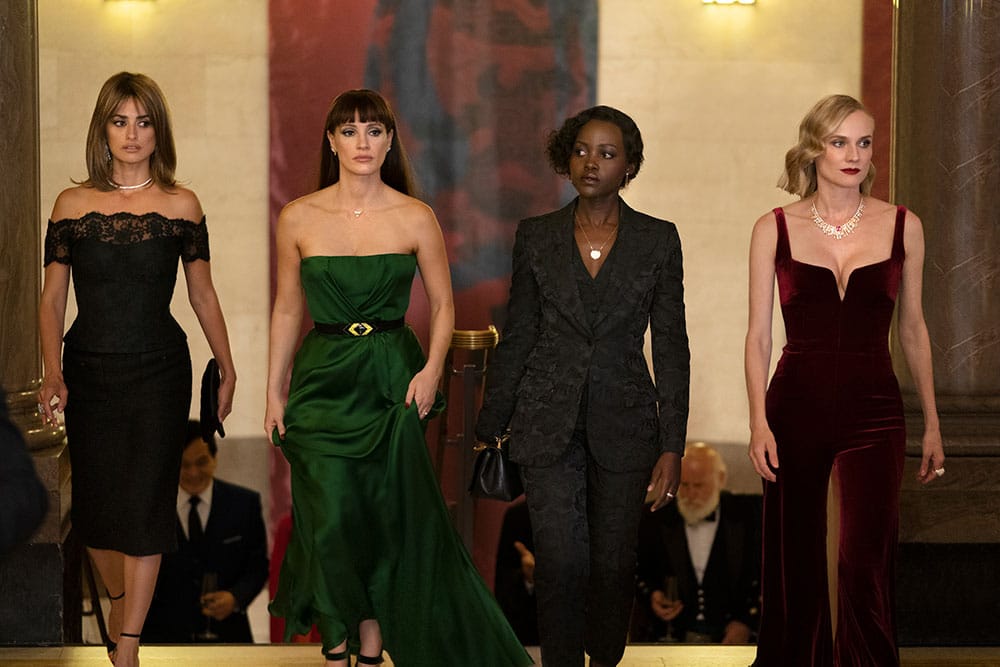 And there’s great chemistry among each of the leads. These women know how to command the screen and adeptly deliver both the physicality and emotional depth needed to sell this story.

Kruger, who replaced original cast member Marion Cotillard after she bowed out of the project, steals the show with the most interesting character development and the most engaging action sequences. I would have loved to have seen more of Fan, who is excellent but under-utilized. I also really enjoyed Cruz’s performance; her character adds softness and vulnerability to the mix that helps anchor the film.

The action scenes are exciting and well-executed; nothing you haven’t seen before, but still plenty satisfying.

The 355 is everything you expect from a spy thriller: plenty of intrigue, a bevy of betrayals, endless twists and turns, frenetic gunplay and acrobatics, and an explosive finale that culminates in the kind of “good guys (or gals) save the day” closure you yearn for in these films.

Just as it seemed the cast had fun making this one, likewise, I had a good time watching it. But it was mindless fun — the kind where you check your expectations at the door, suspend your disbelief, and buckle up for the ride. I think that’s ok.