The little green guy has returned to wreak havoc in “Leprechaun Returns”, and no one is safe in this brilliant and bloody sequel to the 1993 classic. 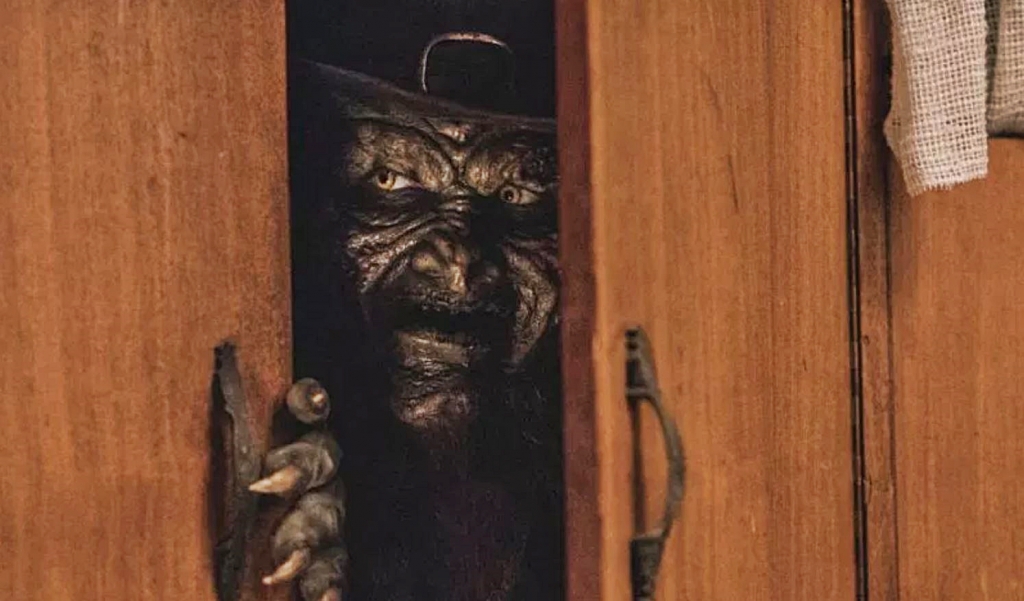 Leprechaun Returns is a 2018 slasher film, directed by Steven Kostanski. It stars Mark Holton, Taylor Spreitler, Pepi Sonuga, Sai Bennett Emily Reid and Linden Porco as the Leprechaun. Lila (Spreitler) is headed to her new sorority house, which also happens to be the old farmhouse that her mother Tori (originally played by Jennifer Aniston) once owned. However, little do they know, the girls of AU have accidentally awakened the ancient evil Leprechaun who has remained imprisoned inside the well for the last 25 years.

When it comes to sequels, not all are successful — especially not in horror films. It’s even harder when the sequel tends to forget any and all other films in the franchise. However, some are forgivable and can be accepted amongst those that came before. It’s an extremely, if not nearly impossible task, yet sometimes it does actually happen. And that’s what has happened here with this film. The Leprechaun is back and nastier than ever. 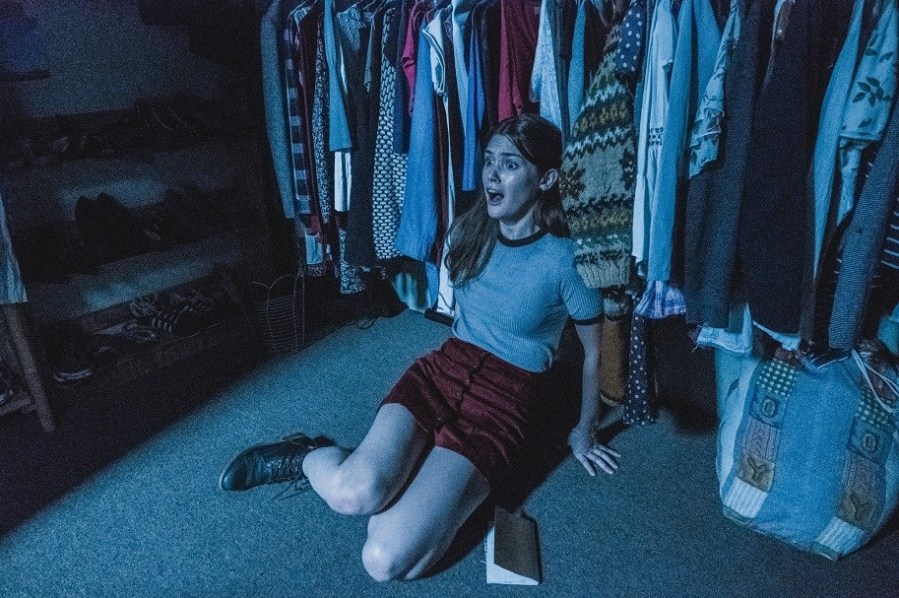 First off, discounting the horrendous appearance from the WWE film Leprechaun Origins, the newest film hits the mark in terms of look and appeal. It’s the best the little green slasher has looked since the departure of Warwick Davis from the series. The special effects makeup helps give the film the extra kick it needs and helps put it over the top.

The acting in this film is what really puts the franchise back on the track. With the combination of some fabulous performances and wickedly beautiful special effects, they’ve managed to do the impossible and have once again reinvented the series, making it absolutely frightening for audiences and fans alike. They had some rather larger shoes to fill, as it’s basically impossible to live up to the Legendary Warwick Davis’ portrayal.

However, with the right look and a phenomenal performance by Linden Porco, our favorite little evil killing machine is back. 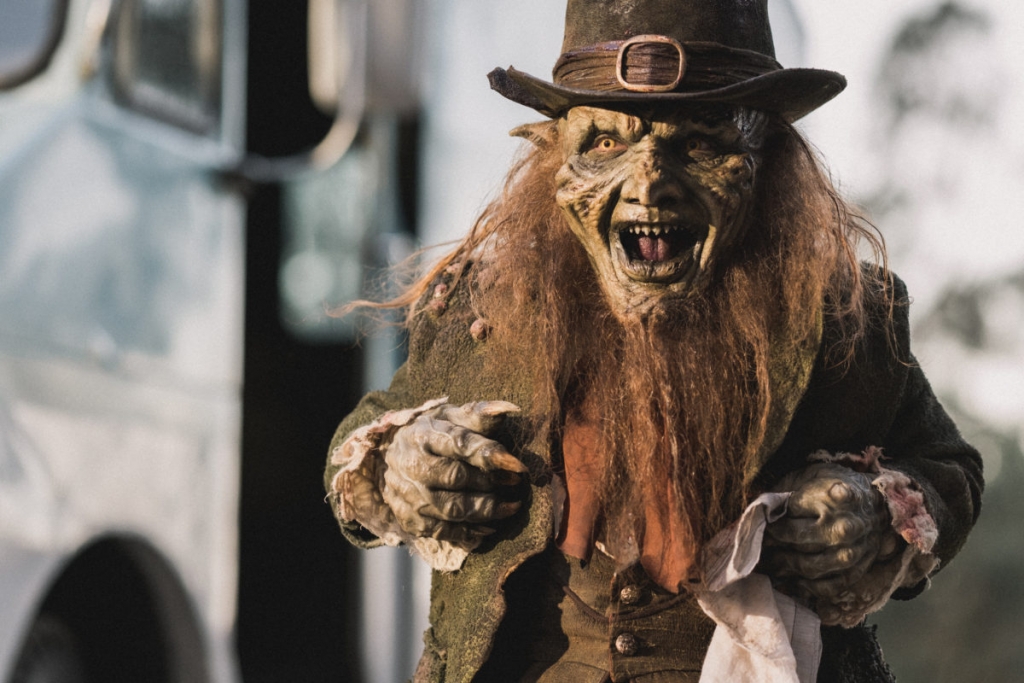 LEPRECHAUN RETURNS has managed to follow in the footsteps of the original, while at the same time returning the film to its more violent and hostile nature. Similar to what Don Mancini did with the 2017 Cult of Chucky. They managed to make it darker while keeping the same elements that made the original insanely scary to begin with. That’s a sign of a quality sequel, reimagining or what have you. This is definitely a worthy installment that will gather quite a large fanbase down the road.

This film displays flashes of the 1996 Wes Craven blockbuster, Scream. It’s able to mix solid gore and special effects with well placed comedy and one liners. It’s in the same vein of films like I Know What You Did Last Summer (1997) or Final Destination. It’s considered just another Leprechaun film, yet it’s so much more than that. 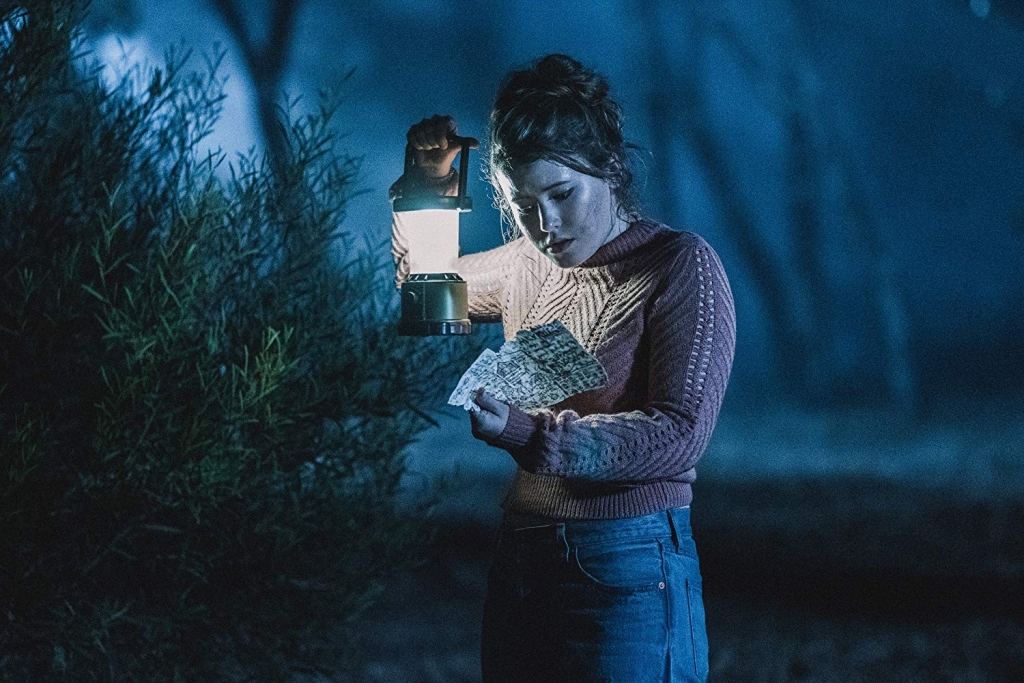 The acting is what really makes the film successful. Stellar performances by the gorgeous and talented actresses Pepi Sonuga, Emily Reid and Sai Bennett, really rounds out the cast. The beautiful and amazing Taylor Spreitler was fantastic as usual, playing the role or Tory Reding’s daughter. Spreitler is always a pleasure to watch and is very exciting in whatever role she chooses to adopt.

However, the best performances of the film go to Mark Holton who played Ozzie and Linden Porco who played the Leprechaun. That’s right, Mark Holton who was cast as the eccentric and autistic character of Ozzie in the original 1993 classic, has returned. He carries the film of course, along with his mangled ear from the original incidents and everything. It’s the one redeeming factor that essentially forces the average fan to accept the picture as part of the whole collective. 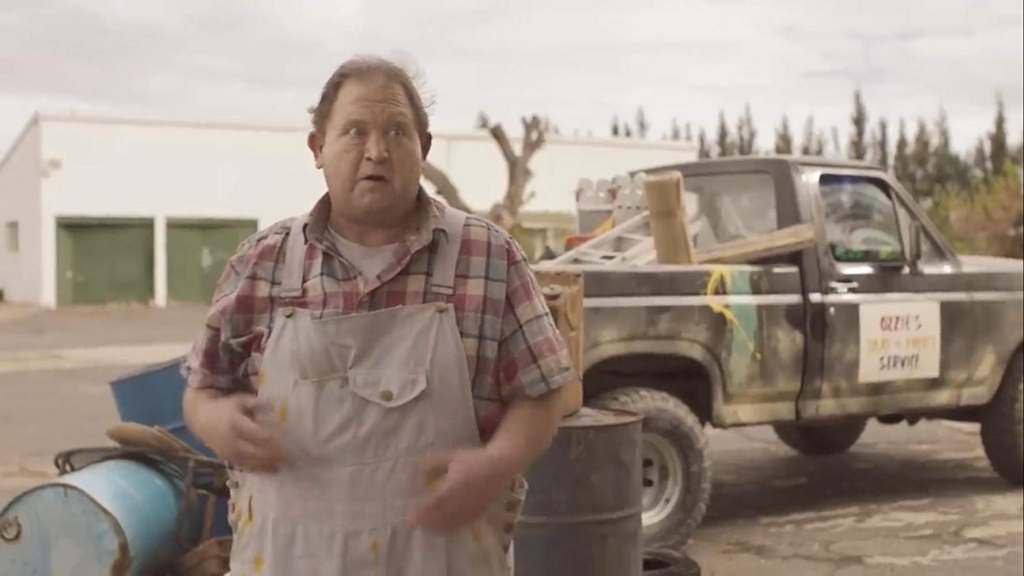 And, when it comes to finding a permanent replacement for Warwick Davis as the Leprechaun, look no further than Mr. Linden Porco. If they don’t see he is the perfect fit for the next set of films to follow in the franchise, then they have no clue what the genre needs. While his walk and voice aren’t necessarily as frightening as Davis’, his presence is extremely intimidating and will certainly give you the chills.

The sets are beautiful, and the makeup and costumes are exceptional. The use of lighting and shadows is excellent, and the interesting and vesting characters really suck you into their world for the moment. The sound and editing are great and the directing and cinematography are amazing. It’s an extremely breathtaking set, and the film just looked perfect. It’s crisp and clear and really accentuates its stronger components.

So, if you’re a fan of the franchise, and the evil and vile Leprechaun, then this film is for you. It’s extremely creepy and scary, with plenty of laughs and some truly disgusting gore that might cause you to lose your appetite. It’s a must have for any collection.

Leprechaun Returns is currently for rent on Amazon Prime.