With talented actors and a witty and chilling script, “That Night” packs quite a punch in its short run time, proving why sometimes less is more.

I was super excited when new horror short, That Night, became available for early review. I have become quite a fan of Jennifer Nangle, her friend Charles Chudabala, and filmmaker Alex T. Hwang. And I’m also learning to love shorts. I have always viewed them as a waste of talent and money — why not just take those resources and make a feature film? However, the more shorts I watch, the more I have come to understand them, and to truly appreciate them for the art that they are.

Shorts offer  a chance for a storyteller to tell their story more intimately — with the resources, and budget, at hand. And to be able to tell a complete, compelling story in such a short amount time? That takes some real talent.

That Night first introduces us to married couple Rachel (Jennifer Nangle – Irrational Fear) and Josh (Garrett Lee, who also helped write the script) as they head to an engagement party. It’s no secret that the couple are at odds with each other, as their car ride there is full of palpable tension and sadness. This tension remains after they arrive and throughout the night.

What transcribes throughout the night, and into the next morning, will leave you gasping for air. And wanting to punch someone in the face.

Written by Jennifer Nangle (story) and Garrett Lee, and directed by Joseph R. Davis and Brian Gerson (both of What’s Good with Garrett Lee), That Night is a fun, albeit scary fun, short that runs about 26 minutes. And that’s all you really need, as it’s extremely effective at telling its terrifying story based on true events — a story perfectly suited for the short format. 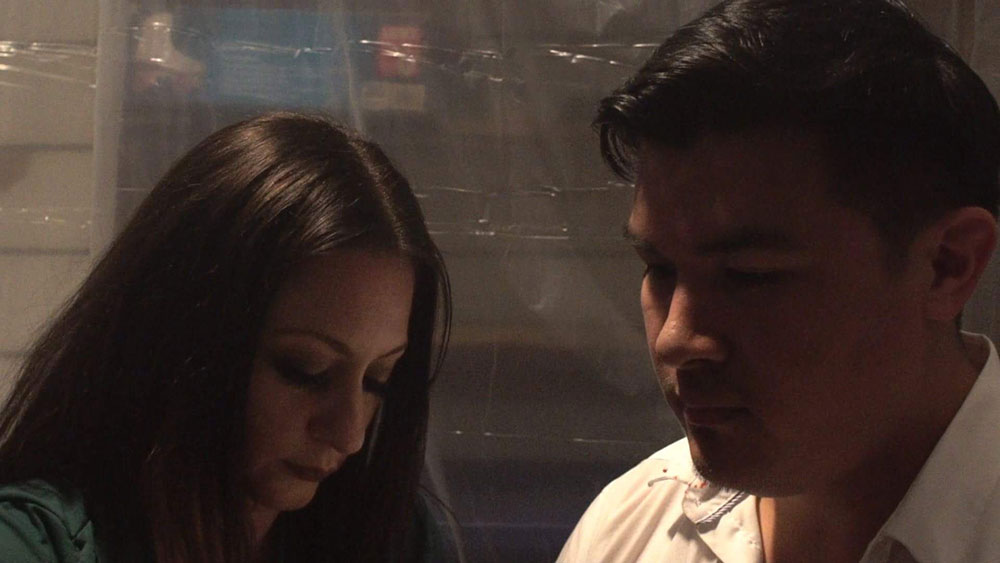 Sexy, suspenseful, and disturbing, THAT NIGHT is fueled by a well-crafted script and great performances from the entire cast, especially Jennifer Nangle who once again proves why she is one of the most talented and sought after indie actress currently working in the genre. And the fact that it made me want to punch someone in the face? Well, that’s how I knew it was so successful!

That’s what I’m now learning about shorts. Sometimes, that raw emotion is all you need.

That Night is available to watch for free beginning tomorrow, Thursday, January 31st. Be sure to follow the film’s Facebook page at https://www.facebook.com/thatnight2019/ to be notified when the film is available and where you can check it out for yourself.