“Abi” is a well-rounded horror short that focuses on telling a highly polished and atmospheric “Black Mirror”-esque techno nightmare. 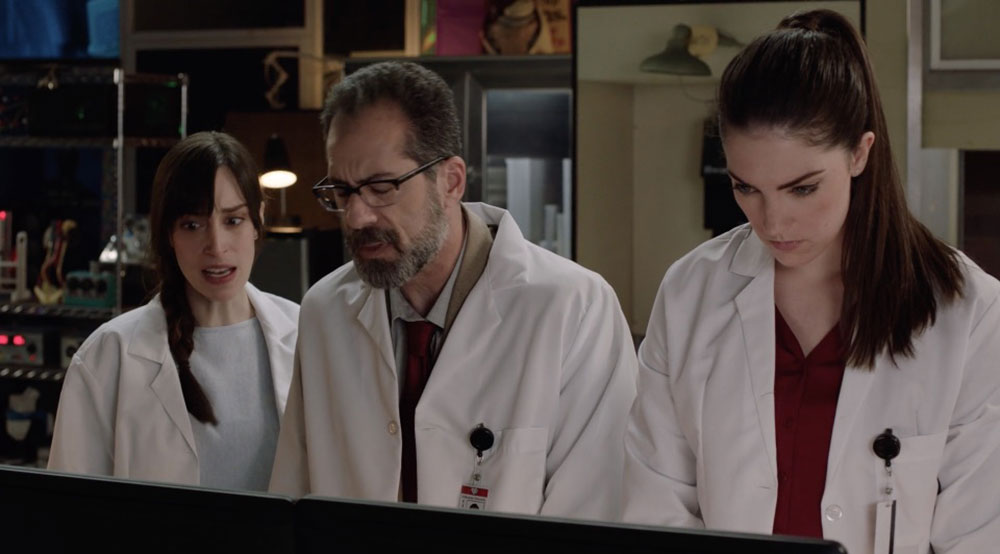 Horror short films can be a mixed bag. Either dominated by a high concept with a low budget or vice versa, they often end before they expand on the story they’re trying to tell. To be perfectly honest, I was somewhat hesitant as to whether Abi could deliver on its high concept, in the short’s allotted ten-minute run time. Fortunately, director Timothy Troy and writer Dan McGuire find a satisfying middle ground between quality and bringing their bio-engineering nightmare to life.

Abi follows Dr. Vincent Forrester’s (Rom Barkhordar) ambitious and potentially revolutionary organic computer, which has yet to yield the fruit of six years worth of development. Despite a loss of funding and one of his lab assistants, Julie (Emily Berman), threatening to abandon the project, Forrester swears they are teetering on the edge of a breakthrough. And then the virus strikes.

The project is stricken by a mysterious and catastrophic virus that threatens the integrity of the system. As the team strives to rectify the problem, the infected system corrupts Forrester’s other lab assistant Abi’s (Clare Cooney) mind, turning her against her coworkers. 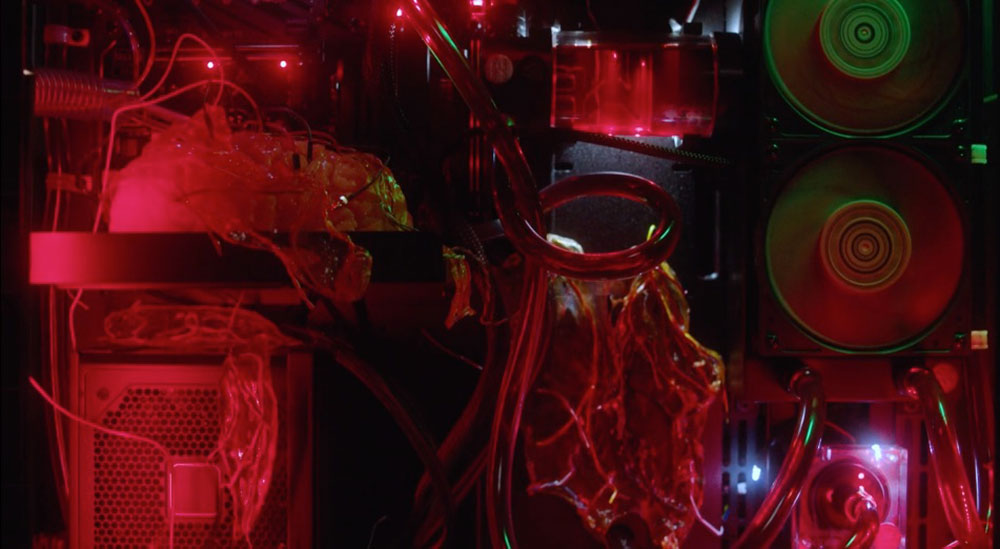 It’s a lofty premise for a short film, but Abi’s exposition is brisk enough that it never bogs down.

McGuire ensures the audience is given just enough information while deftly balancing bloody body horror with a psychological scare or two. Thanks to special effects coordinator Ryan Steinhouse and SFX makeup effects lead Taylor Darcy, these more gruesome moments are presented with the confidence and skin-crawling grotesqueness of a feature film.

It is the healthy injection of constant unease and dread that makes ABI such a haunting short without feeling overly shackled by a lack of budget or time constraints. This is not something you can say about every short film. 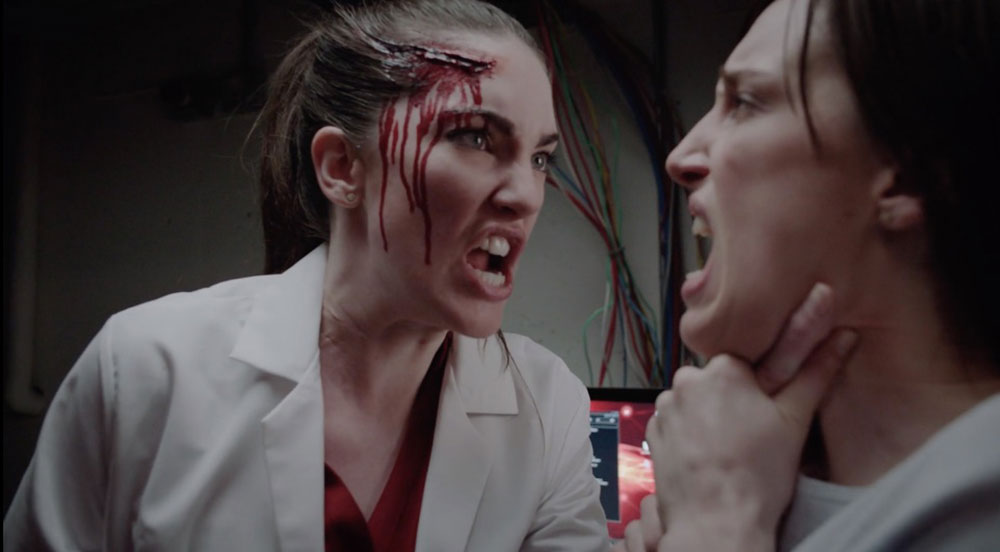 As for the rather barebones cast, Clare Cooney gives the most standout and chilling performance.

We see an organic shift in her mannerisms and demeanor as the infection escalates. She effortlessly embraces the role of a parasitic host, dishing out gruesome bodily harm to herself and others. Her scripted and unwavering commitment to protecting the system gives System Shock 2’s antagonist SHODAN a run for her money. Her performance is that chilling.

Shorts like Abi stand to serve as more than a simple glimpse behind a creative team’s mind, given how succinctly they have brought their horrific vision to life. Director of photography Jamison Acker and director Troy do McGuire’s script justice while applying a level of polish and atmosphere that nails Abi’s Frankenstein aesthetic.

This high quality presentation speaks to the dedication and care of the creative team, and makes me eagerly await their future horror-centric.

Timothy Troy’s Abi screened at the Nightmares Film Festival and is currently touring the festival circuit.